Arroz, Kapnos Taverna, Yona and Pepita Closed Over the Weekend

Less than a year after he and his partners were sued for sexual harassment, disgraced chef Mike Isabella filed Chapter 7 bankruptcy last Tuesday for his Mike Isabella Concepts restaurant group, which was once worth $40 million and will go out of business by Dec. 27.

While the company filed to reorganize through Chapter 11 bankruptcy in September, last week it told the court it will cease operations and liquidate assets to pay debts.

Over the weekend, four of the restaurants shuttered including Pepita on Saturday, and Kapnos Taverna and Yona on Sunday. All were in the same Ballston building at 4000 Wilson Blvd, Arlington. Also on Sunday, Arroz in the Marriott Marquis near the D.C. convention center closed. Signs on doors of the Ballston restaurants on Mike Isabella Concepts letterhead read, “Unfortunately, our time has come. Thank you all for your support always. Merry Christmas and Happy New Year!”

Isabella is the first big-name chef to have his company completely collapse in the wake of a #MeToo scandal. Others like Mario Batali and John Besh have apologized and stepped away from their restaurants.

Unlike other celebrity chefs, Isaballa and his partners Nick and George Pagonis, beverage director Taha Ismail and CFO Johannes Allender chose to fight when former manager Chloe Caras sued them, going on the attack. It wasn’t until two weeks after the first bankruptcy filing that Isabella finally apologized on a Fox 5 news segment. Now Isabella isn’t taking responsibility for the financial problems at his restaurants.

“Under the present circumstances, I am facing the sad realization that I no longer believe that any restaurant associated with my name can recover from the negative press that has enveloped me for nearly the entirety of 2018,” Isabella says in the filing in U.S. Bankruptcy Court. “Despite my efforts to move on from the past and focus on restructuring my businesses, I believe that the likelihood of the restaurants succeeding in the future after the losses they have experienced this year is, at best, remote. And, quite frankly, without a significant cash infusion, the Debtors simply do not have enough cash to continue operating.”

The Chapter 7 application was filed on behalf of the parent company, as well as still-operating restaurants (at the time) Kapnos, G and Arroz in the District, and Pepita, Yona and Kapnos Taverna in Ballston. It also includes already shuttered businesses Kapnos Taverna in College Park, Requin Brasserie in Mosaic District and Isabella Eatery in Tysons Corner. Two restaurants noticeably absent from the filing as well as the earlier Chapter 11 filing are Kapnos Kouzina in Bethesda and Requin at the Wharf. 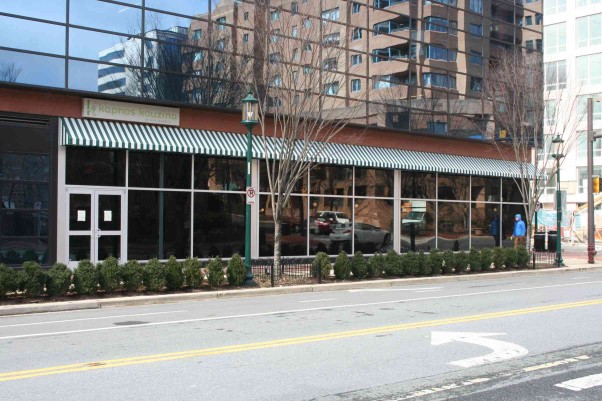 Kapnos Kouzina in Bethesda was not included in the Chapter 7 bankruptcy filing. (Photo: Mark Heckathorn/DC on Heels)

On Thursday, Demetry Pikrallidas, an attorney for the Pagonis brothers, said they were in negotiations with landlords at current Isabella properties.

Pikrallidas’ clients have been at odds with Isabella for a while. In November, the attorney sent a statement on behalf of the Pagonis brothers saying that George would take over the “culinary vision” of the company—a move Isabella denied. “I can’t step down from the company. I am the company,” he said in an October interview. “If I step away the company closes down.”

In the latest filing, Isabella said he hoped the press about the sexual harassment lawsuit would “finally settle down” after his company filed for Chapter 11 bankruptcy. The goal was to normalize operations, restructure and emerge with a “smaller, but stronger” group of restaurants.

Instead, the press continued to “incessantly report on my failures as a chef and business man,” he continued in the filing. “Whatever the reason, whether terrible publicity or market factors in the restaurant industry, in general, we continue to experience unanticipated, seemingly irreversible losses. With few exceptions, our revenues have failed to meet budget week after week.”

According to financial filings, Kapnos on 14th Street, for example, reported more than $5 million in gross revenue last year. As of Dec. 10, it had grossed just over $2.4 million. Revenues for Arroz fell from nearly $3.6 million last year to $2.2 million so far this year.

Through October, Isabella said, the company was able to make rent and cash collateral payments. But November revenues dipped lower than predicted, causing shortfalls on payroll, taxes and food and beverage purchases. As a result, according to documents, Isabella and his companies could not cover their debt payments for November, as required by the bankruptcy court. What is more, Isabella’s six restaurants do not have “the cash available to pay December rent to any landlord.” Kapnos Taverna in College Park closed on Nov. 30; its landlord, according to documents, refused to let Isabella and his team operate two more days to “fund the final payroll.”

Isabella asked the bankruptcy court to allow the remaining restaurants to continue operating until Dec. 27 through “historically profitable” holiday season so that the businesses could pay their final payrolls.

Following the lawsuit, which was settled confidentially out of court, landlords sued for unpaid rent and restaurants began to close, first Graffiato in Richmond, followed by the Chinatown location, Isabella Eatery food hall at Tysons Galleria and finally Kapnos Taverna in College Park.

But Requin Brasserie in Fairfax’s Mosaic District had been overextended and closed months before Caras filed her complaint. The Hotel at the University of Maryland in College Park alleged Kapnos Taverna, which opened a year ago, had stopped paying rent in January. On May 15, the landlord sued for back rent of $63,566.92, plus interest and fees. Eskridge (E & A), a company owned primarily by executives at real estate developer Edens, alleged Isabella had not paid rent for Requin Brasserie since Dec. 30, 2015, four months into the lease. On May 22, Eskridge filed suit against Mike Isabella Concepts for more than $715,000 in unpaid rent, plus other costs.

Court documents in the Chapter 11 bankruptcy showed that investors and Isabella’s more profitable restaurants were funneling cash or loans to underperforming restaurants. But it wasn’t clear whether the cash infusions came before or after Caras sued.

Christmas is just a week away, and it is time to order your holiday sweets, so you have them for the big day. 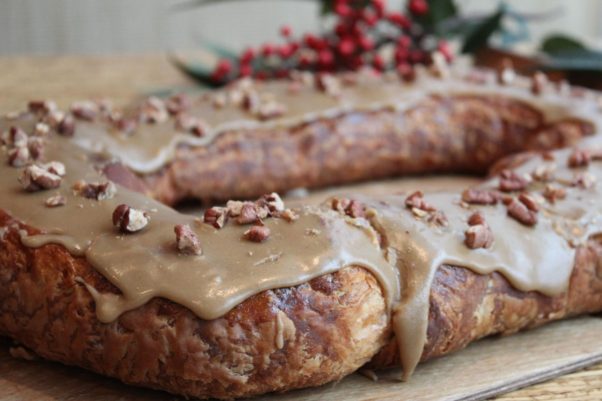 At Bayou Bakery, Coffee Bar & Eatery, 1515 N. Courthouse Road, Arlington, the customary Christmas cake of New Orleans is back in D.C. The Creole Kringle Cake ($36) is a Danish-style cake, made fresh with flaky sugar-tossed croissant dough, praline crunch, Creole cream cheese filling and finished with a warm praline glaze and roasted pecans. Order the Creole Kringle Cake online by Dec. 22 and pick up before 1 p.m. on Dec. 24. Orders must be placed 48 hours in advance.

The restaurant is also selling customized boxes with a New Orleans streetcar scene and filled with a trio of pralines — traditional, chocolate and chicory coffee. The pralines can be purchased in the store for $10. 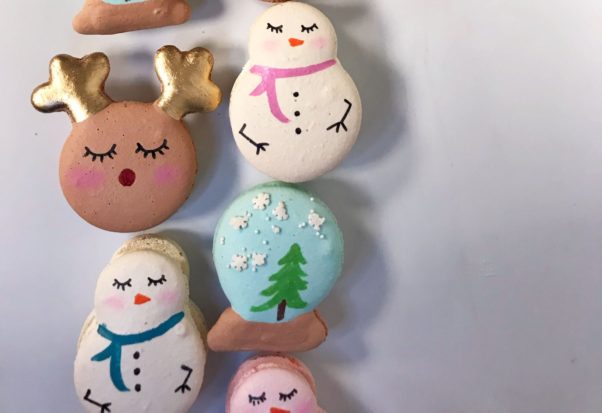 Buttercream Bakeshop, 1250 Ninth St. NW, is serving up sensational seasonal desserts and vibrant “do-it-yourself” cake kits ($25). The cake kit includes a 4-inch funfetti cake with two layers of vanilla buttercream frosting, a piping bag of buttercream with a tip for easy application, brightly colored sprinkles, edible pearls, a macaron, a chocolatey Oreo gem and a cake topper. The bakery is also offering holiday designs like the “All I Want for Christmas…Is This Cake” ($120), a playful tribute to the queen of Christmas herself, Mariah Carey. Other sweets include gilded chocolate Oreos and assorted holiday macarons – including reindeer and Christmas trees. All can be ordered online.

Dyllan’s Raw Bar Grill, 1054 31st St. NW in Georgetown, unveiled a collection of seven winter cocktails. They will be available until March. 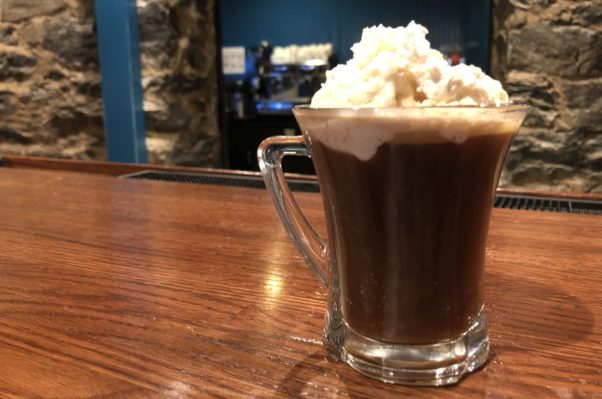 A selection of warm cocktails have also been added to the menu and include the Somebody Sage Chocolate? with Italian wine, fresh sage leaves, warm bittersweet chocolate, honey, a dash of cinnamon and brandied cherry juice; the C&O Cider with apple cider, Traverse City bourbon, cranberry reduction, a dash of cinnamon and citrus; the Yes, Jerez Hot Chocolate, hot chocolate spiked with Brandy de Jerez, topped with whipped cream; and the Butter Conundrum with Santa Teresa 1796 rum, warm spices, vanilla bean and maple syrup. Cocktails are priced from $11-$15 each. 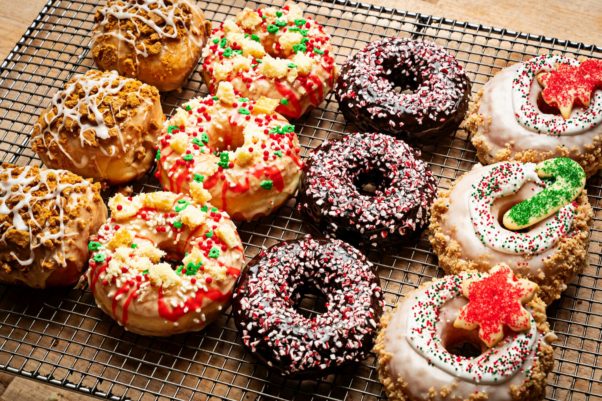 In addition to December’s menu, a special edition box of holiday mini doughnuts are available throughout the month featuring all the special flavors, along with the shop’s signature crème brûlée doughnut. The festive gift box, available for pre-order only, will be adorned with edible holiday-themed sugar ornaments. A celebratory New Year’s Eve box will also be available for pre-order Dec. 31 and Jan. 1, featuring vanilla glazed doughnuts with gold glitter, crème brûlée, ginger pear and cake batter doughnuts, with 2019 piped on top of the crème brûlée doughnuts. Both boxes of mini doughnuts are $24 each.

Philz Coffee, which already has stores in Adams Morgan, The Yards and Dupont, will open its first Maryland location at 7 a.m. Wednesday, Dec. 19, at 7247 Bethesda Ave., Bethesda. One at 4121 Wilson Blvd. in Ballston is also expected to open soon. 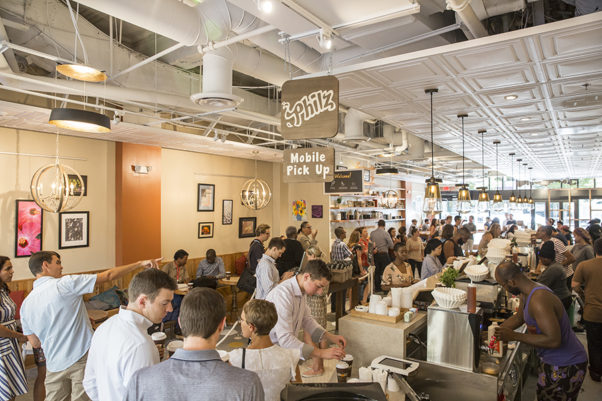 Philz Coffee, which opened in Dupont in August, will open in Bethesda Row on Wednesday. (Photo: Philz Coffee)

The new 2,535-square-foot full-service Bethesda Row shop is next to Mon Ami Gabi and will be open daily from 7:00 a.m.-7:00 p.m. It also features hot breakfast items, like green chile and cheese burritos and bacon and cheese burritos, scones and muffins, cookies and bars, bagels and handmade toast. They also offer tea, spices, coffee by the pound and gifts.

Dig out your ugliest holiday sweater, The Royal, 501 Florida Ave. NW, is teaming up with El Silencio mezcal for “Mezcal Under the Mistletoe” ugly holiday sweater party from 6:30-10 p.m. on Wednesday, Dec. 19. 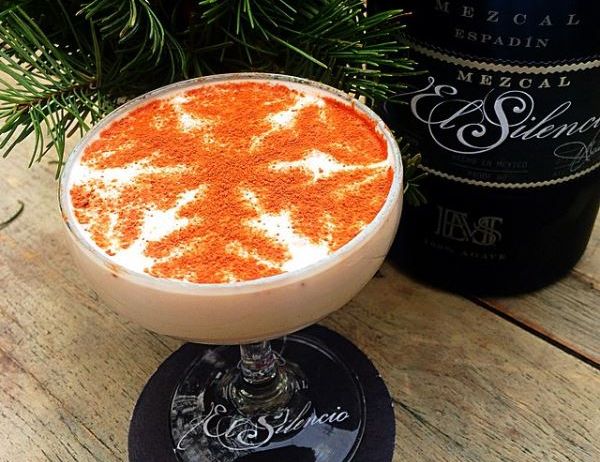 The Royal will host a holiday cocktail and ugly sweater party on Wednesday. (Photo: El Silencio)

Guests will be welcomed at 6:30 p.m. with a warming coconut and mezcal-spiked toddy and bite of pork belly pastrami and the opportunity to be led through an El Silencio Mezcal tasting by brand representative Torrence Swain. The evening continues with three mezcal-infused courses paired with three cocktails, a mezcal and coffee toast, plus holiday gift bags, Polaroid photo ops, games (such as Rabbit “Hunting” where guests can win prizes by spotting Silencio rabbits throughout the bar) and holiday movies on the projector. 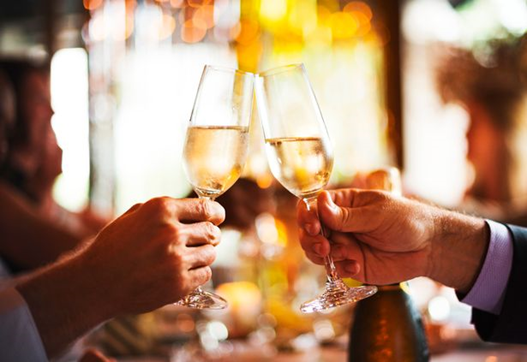