Halloween is this week and many bars and restaurants are offering specials for the mid-week holiday on Wednesday, Oct 31. Events are free to attend unless otherwise noted. 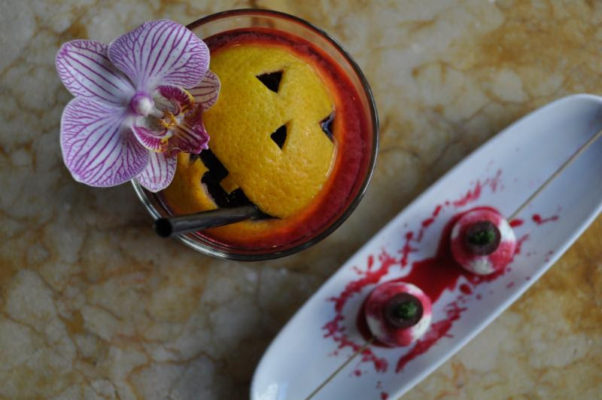 Jack Rose Dining Saloon, 2007 18th St. NW, will host an all-night Halloween happy hour from 5-10 p.m. with $2 off drafts and glasses of wine, and a discounted featured whiskey, punch and cocktail. Guests also get half-priced bites, such smoked whiskey wings with honey and habanero bourbon sauce for $6.50, pickled corn hushpuppies with wildflower honey and sumac creme for $3 and crispy chicken skins with paprika and green goddess dressing for $3.50.

MOD Pizza, 909 Ellsworth Drive, Suite B106, Silver Spring, and 4401 Woodberry St., Riverdale Park, will give 12 and younger who come in costume a free mini pizza when an adult purchases a MOD-size pizza or salad. Among the pizza choices is the seasonal Kevin Pizza made with a pumpkin puree base and topped with fresh arugula, mozzarella, Canadian bacon and Mama Lil’s Sweet Hot Peppas then finished with balsamic fig glaze after it is cooked. MOD’s seasonal salad is the roasted sweet potato salad with house-roasted sweet potatoes, fresh spinach, Canadian bacon, Mama Lil’s Sweet Hot Peppas and gorgonzola tossed with Italian dressing. The restaurant is also serving two fall-inspired desserts: a salted caramel milkshake with sea salted caramel sauce mixed with vanilla soft serve; and a pumpkin spice No Name cake with a frosted cream center and covered in a white chocolate glaze

Soupergirl founders Sara and Marilyn Polon went fishing for investors on the Oct. 21 edition of ABC’s Sharktank, but failed to convince any of the investors that the D.C. soup company was worth $5 million. 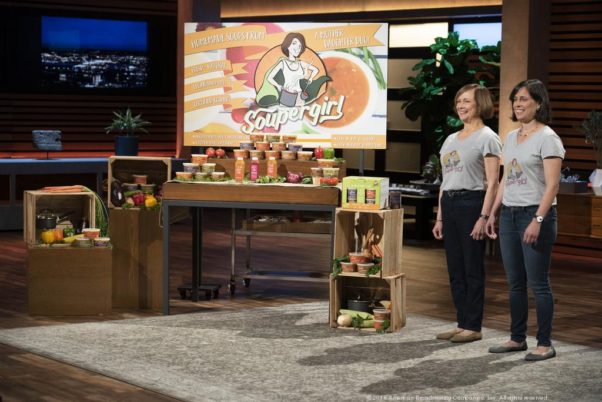 Mother and daughter Marilyn and Sara Polon (l to r) of D.C.’s Soupergirl appear on ABC’s Shark Tank hoping to get a $500,000 investment. (Photo: ABC)

The mother-daughter duo were asking for $500,000 for 10 percent of the business, which they expect to raise $3.4 million in revenue this year. They started the company, makes and delivers all-natural, plant-based soups, in 2008. Today it has two retail locations and is available in 65 Whole Foods stores and 20 Costco wholesale warehouses, along with other natural food stores.

The pair went on the show to help fund a national expansion. “We are ready for the next step,” Sara Polon said. “We thought, ‘Let’s go for it. Let’s put our hat in the ring, and let’s get national exposure and see what happens.’”

The sharks were skeptical. Mark Cuban said the 35-employee company is pursuing too many sales outlets, while Daymond John said the return on investment is too low. Kevin O’Leary said they didn’t have enough money in the bank. Lori Greiner said she loved the brand and the soup, but agreed with the others that the company’s 5 percent profit margin was too low and guest shark Matt Higgins didn’t think he would get a big return. So the Polons walked out without a deal.

But Higgins, CEO of New York-based RSE Ventures which he founded with Miami Dolphins owner and private developer Stephen Ross, changed is mind after the show filmed in June. He called Sara Polon and wanted to become an adviser, helping the Polons raise money by connecting them with his fast-casual portfolio, which includes &Pizza, and will decide on an Amazon strategy.

“I have my own criteria for what I will invest in and what I won’t invest in, but just because something is not personally investable to me does not mean it’s also not a tremendous product that has phenomenal potential,” Higgins told the Washington Business Journal. “They moved me in their pitch. They’re wonderful, they’re passionate, they’ve been at it for a long time, and I felt like with a little bit of mentorship to set them in the right direction, they could really be even more successful than they’ve already been.”

Sara Polon funded the business with a $640,000 small business loan along with personal and family investments. She said she hopes revenue doubles next year.

Despite recommendations from the sharks, the company isn’t planning to pursue co-packing — having an outside manufacturer make the product — because using a bulk manufacturer to make soup in a giant vat rather than in small quantities by hand diminishes flavor and quality, and requires adding salt, fat, sugar and chemicals to extract flavor.

Le Kon restaurant, 3227 Arlington Blvd., Arlington, in the Clarendon neighborhood is celebrating the Mexican Day of the Dead holiday from Oct. 31 through Nov. 2. 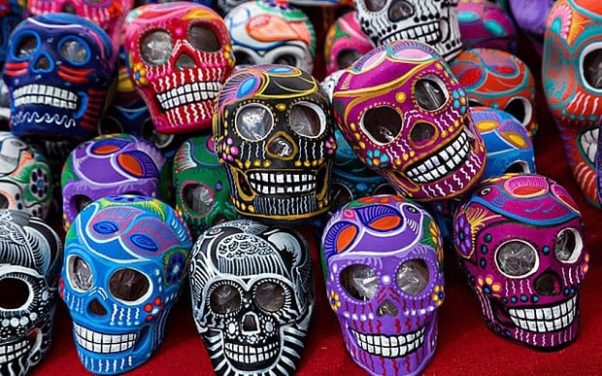 Le Kon in Clarendon is celebrating the Day of the Dead with $4 margaritas from Oct. 31-Nov. 2. (Photo: Eva Rindaldi/Flickr)

The Day of the Dead, or Dia de los Muertos, is a Mexican holiday that focuses on gathering of family and friends to pray for and remember friends and family member who have died and help support their spiritual journey.

The restaurant will offer $4 margaritas along with their Mexican menu, which entrees such as pig head carnitas, chicken al pastor, tempura salmon and a variety of steaks including a 32 oz. Tomahawk cut. Small plates include ceviche, tostadas, chips and five salsas and prawns crab guacamole. New to the menu is a variety of raw oysters with mezcal mignonette including Malpeque ($12 per six/$20 per 12) and Sea Grass Point ($15 per six/$25 per 12).

The Bullpen, 1201 Half St. SE in front of Nationals Park, will host an ultimate tailgate for the Alabama vs. LSU showdown on Saturday, Nov. 3. Kickoff is at 8 p.m., gates open at 3 p.m. 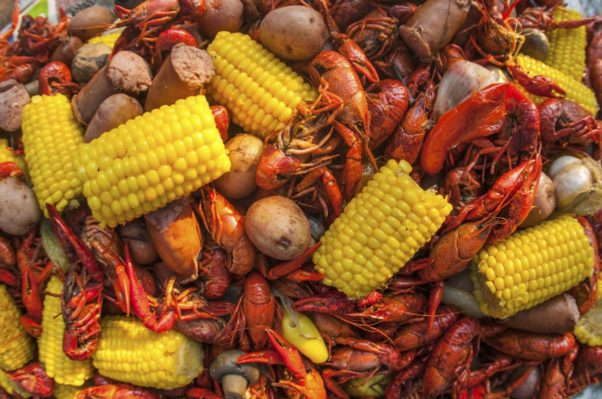 The Bullpen in front of Nationals Park hosts a low country boil and tail gate for the Alabma vs. LSU football game starting at 3 p.m. Saturday. (Photo: nola(dot)com)

The watch party of will feature live music, $5 drinks, cornhole, door prizes and a low country boil with all-you-can-eat crawfish, shrimp, andouille sausage, potatoes and corn. Admission to watch the game is free and tickets for the low country boil are $20.