Adam Seger, the corporate sommelier/executive bartender for iPic Entertainment, which has an iPic Theater and a connected City Perch Kitchen+Bar in the Pike & Rose development at 11830 Grand Park Ave., North Bethesda, was arrested last Wednesday, July 18, in New Orleans on a third-degree rape charge in connection with a 2015 incident. 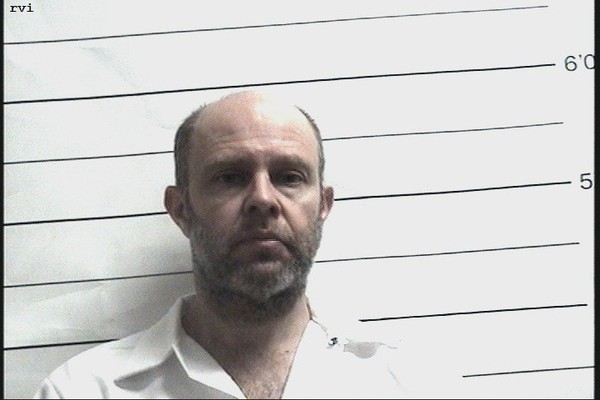 Seger, a cocktail consultant, previously worked for companies including United Airlines and Lettuce Entertain You Enterprises. He also worked at several Chicago area restaurants including Nacional 27, Tru and Maple & Ash.

According to the arrest warrant, the man who reported the rape told police three days after the incident that he was visiting New Orleans from New York for the 2015 Tales to the Cocktail and went to a party hosted by Seger, 48. After having “numerous” alcoholic drinks, the man said he fell asleep in a poolside chair. When he awoke, Seger was performing oral sex on him without consent, the warrant says. The man said he moved and told Seger to stop, but Seger continued to fondle him and try to cuddle.

Seger apologized the next day, according to the warrant, and agreed not go to the Tales of the Cocktail events the man would be attending. The following day, the man posted about the incident on social media, saying the was sexually assaulted in New Orleans.

“I thought I was in a safe environment with friends and woke up to being taken advantage of and sexually assaulted,” the man said in his post, according to the warrant.

On July 19, two days after the assault, the man and Seger were both at the same event and Seger sent a bottle of champagne to the man’s table, the warrant says. The man reported the assault to the New Orleans police the next day and was interviewed by a sex crimes detective. The man told the detective that he and Seger were professionally connected, but not friends. The warrant says the man showed detectives photographs that were taken by another party guest the night of the assault. In the photos, Seger and the man both appear to be asleep with Seger’s head resting in the man’s lap. Both Seger’s and the man’s pants were pulled down, according to the warrant.

Seger was presenting two events during the 2015 Tales of the Cocktail on July 15 and 16, according to the event’s website. 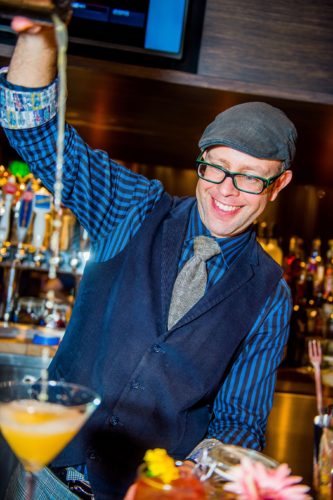 Adam Seger, shown here at the opening of City Perch in Bethesda in 2014, has been charged with third-degree rape in New Orleans.
(Photo: iPic Entertainment)

According to the warrant, Seger lives in Chicago. A magistrate commissioner signed the arrest warrant for Seger on third-degree rape on July 25, 2017.

According to police, Seger was booked at the Orleans Justice Center jail about 2 a.m. Wednesday on one count of third-degree rape. He appeared in court later that morning where bond was set for $25,000. Seger was represented by attorney Amanda Hunt, who declined comment. He posted bond and was released. His next court date is Aug. 15.

Sager denied the charges to the Chicago Tribune. “The accusations against me are untrue and have no merit,” he said in a statement. “It is my hope that all colleagues will professionally refrain from judgement until all the facts are settled.”

“Sexual assault and misconduct of any kind is a serious issue for the hospitality and spirits industry,” Rosen wrote on the event’s website. “When we created the Foundation in February of this year, one of our first commitments was to make sure that Tales of the Cocktail New Orleans is safe for our attendees, participants” and others.

She said Seger is not connected with the foundation and will not be invited back.

“iPic Entertainment, Inc. is surprised and disappointed to learn of the 2015 allegations concerning Adam Seger,” the luxury movie theater chain said in a statement. “We were not aware of any allegations upon his hiring full-time in 2016, and after learning of these allegations and consistent with our company policy, we have since terminated professional ties with Mr. Seger, effective immediately. We take allegations of sexual misconduct seriously. It is our highest priority to uphold policies that ensure iPic Entertainment remains a safe and supportive environment for out team members and guests. These acts are inconsistent with our values as a company and are in no way reflective of the over 2,000 team member employed by iPic.”