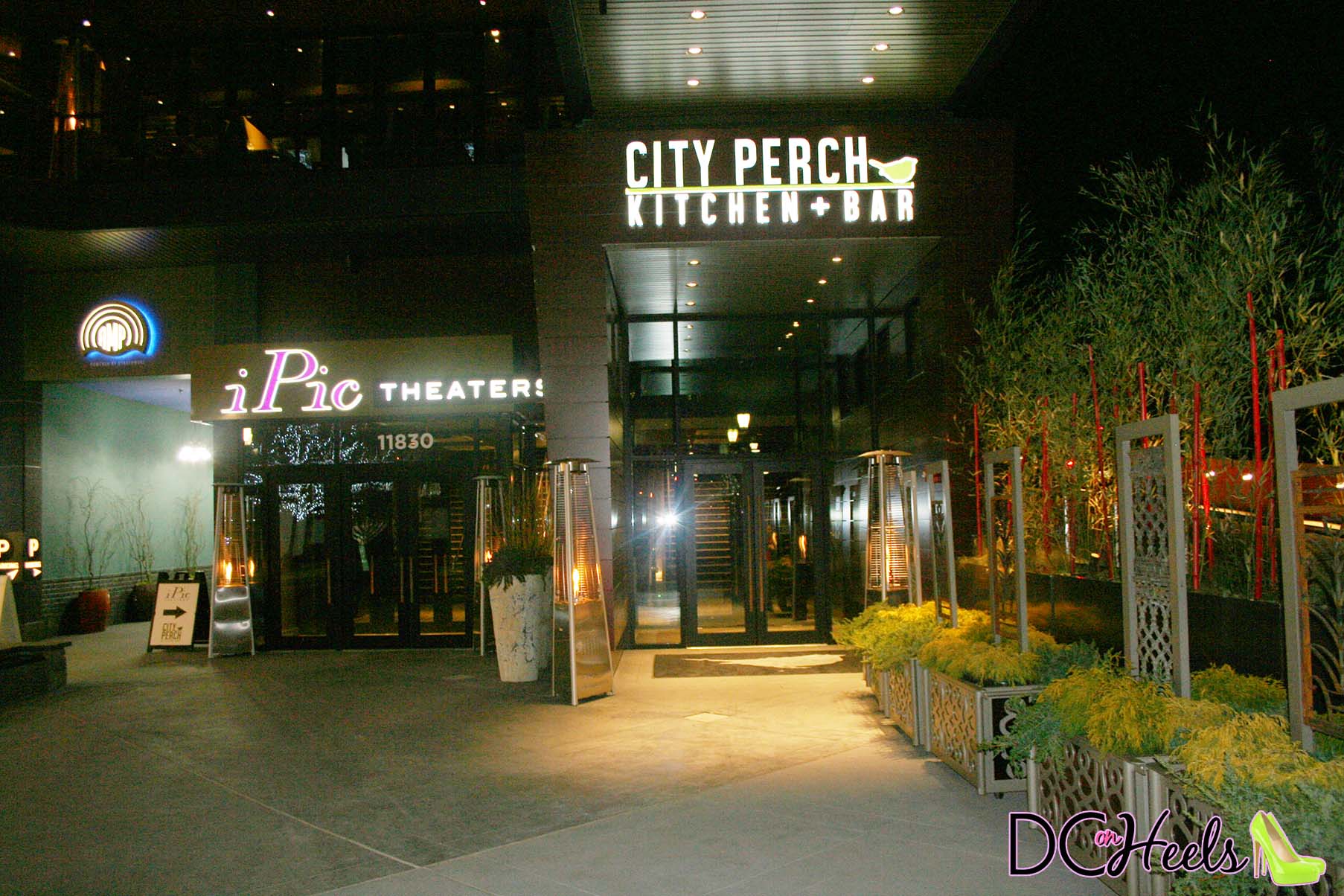 Located across from the box office, the 220-seat restaurant’s design features wooden walls, posts, floors and ceiling joists with orange chairs and a large open kitchen. The restaurant has three main areas — a large rectangular bar with an adjoining lounge in the front of the space, the dining area and an outdoor terrace that hangs over the entrance below. The dining space includes the main dining room, a space overlooking the raw bar, a wine room with a large farm table and another smaller dining room. There’s also a “nest” with tables between the bar and raw bar. 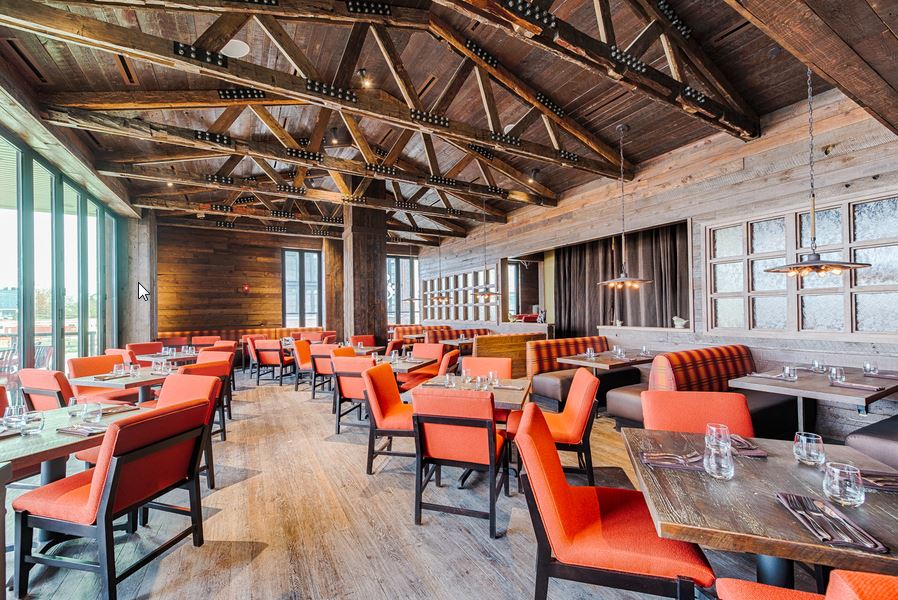 The seasonal American menu is from two-time, James Beard Award-winning pastry chef Sherry Yard. Before joining iPic Entertainment as vice president of culinary direction in April, Yard served as executive pastry chef for Wolfgang Puck for nearly 20 years. In fact, she help set up his Source restaurant at the Newseum. Originally from Brooklyn, her career began at the Rainbow Room followed by stints at Montrachet and Tribeca Grill in New York, and Campton Place in San Francisco before joining Puck. Yard also crafted the theater’s “dining in the dark” program.

Yard told DC on Heels during a preview on Wednesday that she came up with the concept about five months ago after touring the area. “In New York, we have the Hudson Valley. But this area has so much within a 100-mile radius.” Many ingredients are sourced locally and the menu will change seasonally, she said. The restaurant was originally slated to have an Italian menu. 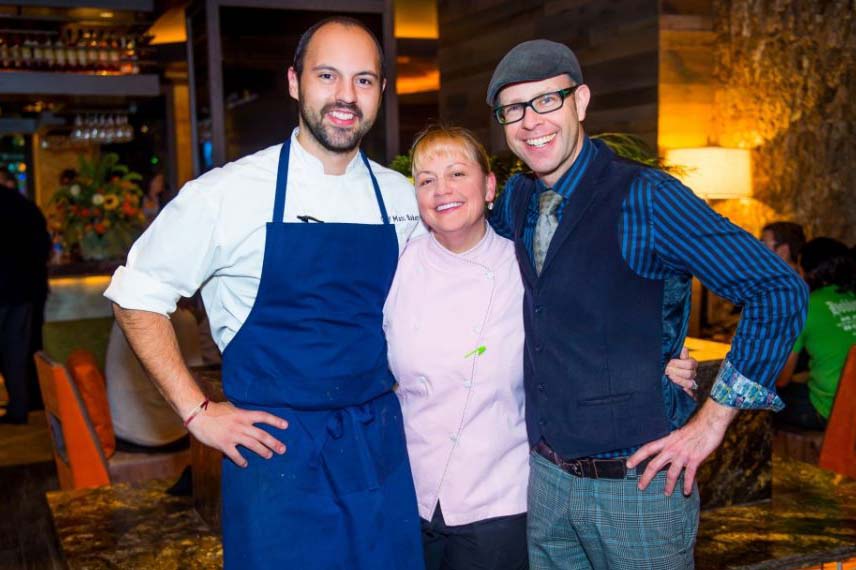 The restaurant has a raw bar with king crab, shrimp, oysters and other seafood; a rotisserie oven for roasting chicken, duck and lamb shoulder as well as a char broiler for cooking steaks. Small plates at the restaurant range in price from $10-$18 and large salads from $12-$14, while entrees range from $20-$40, or in the case of the whole roasted Long Island duck for two, $56. 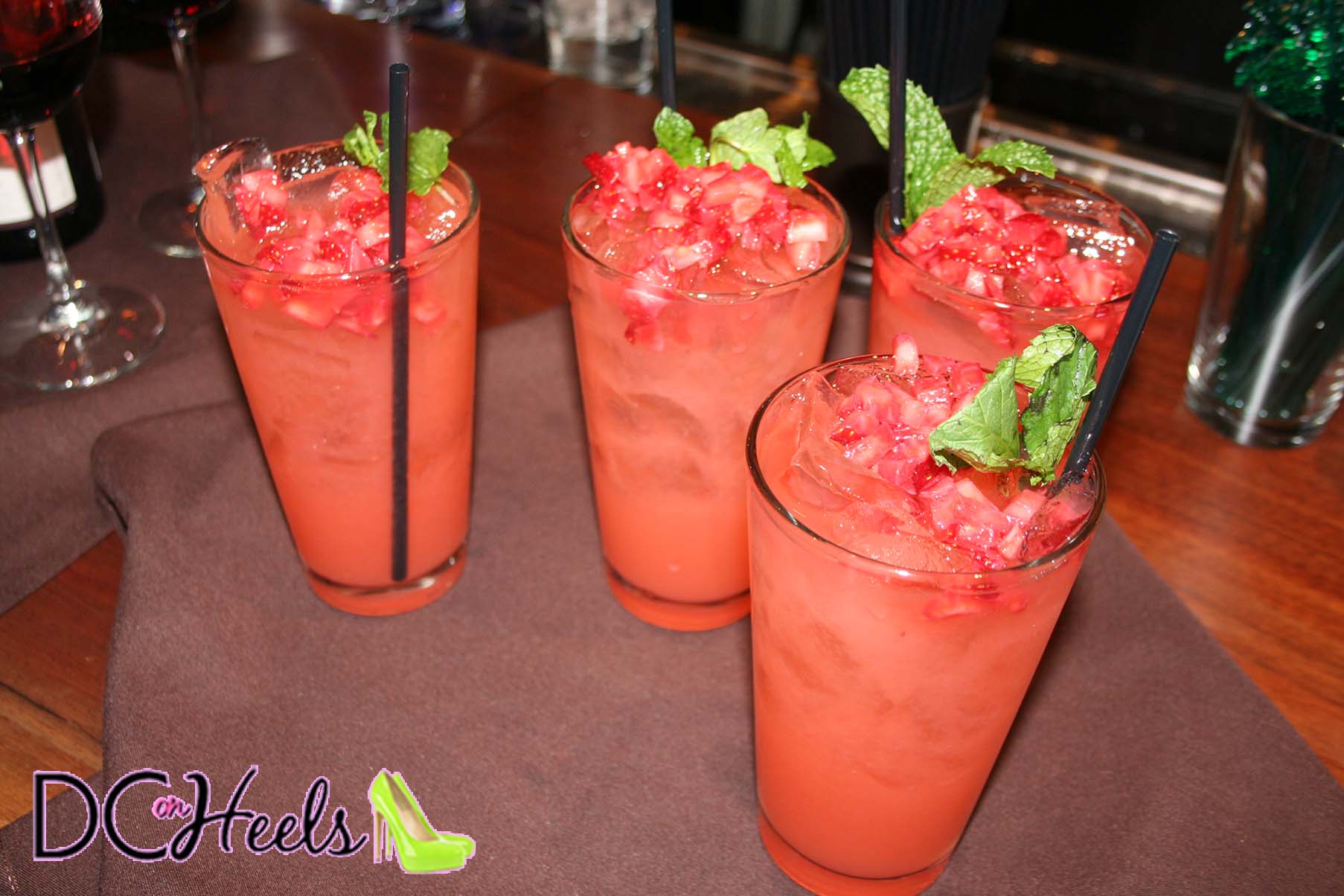 Adam Seger designed the cocktail menu using local ingredients to make drinks including the Norma Jean, a strawberry vodka lemonade (my favorite); or the Roll in the Hay with Applejack, mulled cider spiced, Belle Isle Virginia Moonshine, Twin Springs apple cider and apple cider shrub. Other cocktails include the Forbidden Garden Margarita, an apple margarita that I sent back after one sip, and the Montgomery Blues, a gin and blueberry concoction that I didn’t finish either. Cocktails are priced from $9 to $20.

Unfortunately, if the food served during the preview is representative of the everyday menu, there were no standout dishes. Prices, like at the theater, are high and everything on the dinner menu must be ordered individually including salads, sides and potatoes. The best food, if you don’t count the large shrimp at the raw bar, came from the bar bites menu including the deviled eggs with a spicy tomato marmalade and crispy chicken crackling; the loaded baked potato popovers with sour cream, chives and a honey bacon dip; and the roasted mushroom tartine with glazed hen of the woods mushroom, whipped goat cheese and mushroom marmalade. 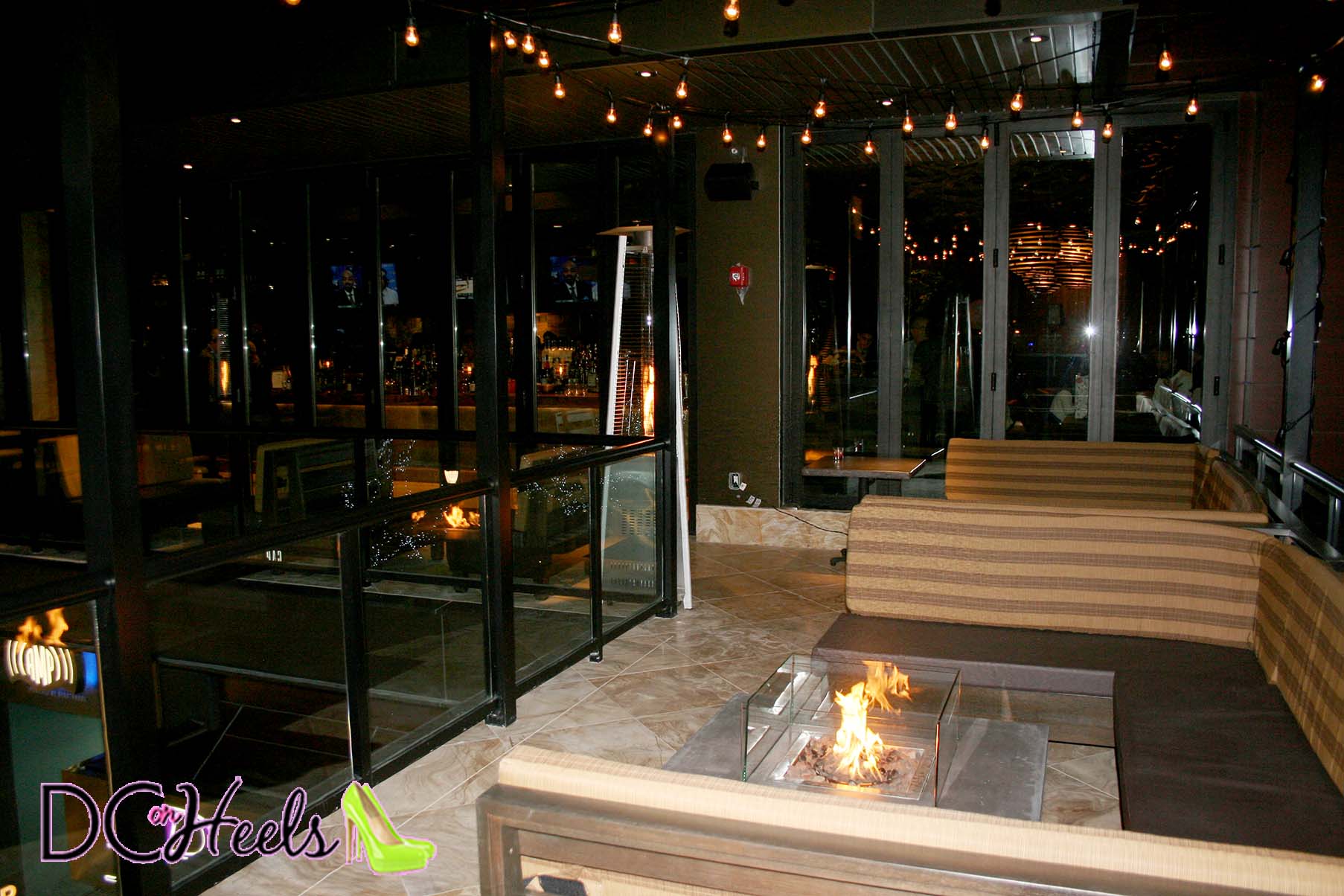 City Perch’s terrace overlooking the downstairs entrance is head with fireplaces for almost year round use. (Photo: Mark Heckathorn/DC on Heels)

Dinner at City Perch and a movie at iPic could easily exceed $75 per person. While City Perch offers an alternative to Rockville’s many chain restaurants, it isn’t worth a drive from D.C.

The restaurant is the second to open at Federal Realty’s Pike & Rose development. Del Frisco’s Grille opened in September and more restaurants including Summer House, &Pizza and La Madeleine are set to open soon.

The Rise of Youth Fashion Designers