Executive chef and co-owner Kevin Tien of Hitmitsu, 828 Upshur St. NW, was named one of the 10 top new chefs for 2018 by Food & Wine magazine. 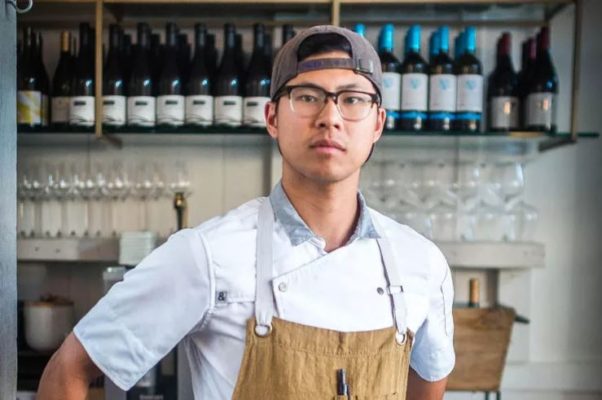 Kevin Tien of Petworth’s Hitmitsu was named one of the top 10 new chefs for 2018 by Food & Wine magazine. (Photo: Rey Lopez)

The title has been awarded each year since 1988 to 10 chefs who have fewer than five years of head chef experience. The chefs represent the country’s best cooking right now, according to editor Jordana Rothman.

Hitmitsu, which is Tien’s first restaurant, opened just over a year ago and has a menu that changes daily. He started at the sushi counter at his family’s restaurant Tsunami in Lafayette, La., where he worked through high school and college. Then he moved to Uchi in Houston, where he was the sushi chef until he met José Andrés, who hired him for Oyamel, where he worked for four years.

“Tien was captivated by the ways the Asian and Latin-American pantries overlap,” Rothman wrote. “It was a realization that planted the seed for Hitmitsu, Tien’s first solo effort as a chef, a Petworth jewel where he connects all the dots of his life experiences. The menu leans Japanese, with shades of Tien’s Vietnamese heritage and Latin-American experience.”

Tien was also a finalist in the Rising Star Chef of the Year category in the James Beard Foundation Awards, but that prize went to Camille Cogswell of Zahav in Philadelphia. He also competed on the recent season of Food Network’s Iron Chef Gauntlet, but did not win.

“Tien has devised a highly personal, individualized style of cooking that’s as hard to categorize as it is to forget,” Rothman wrote. “But then again, why would you want to?”

Vinoteca wine bar and restaurant, 1940 11th St. NW, will reopen its rosé garden for the summer season on Friday, May 25. 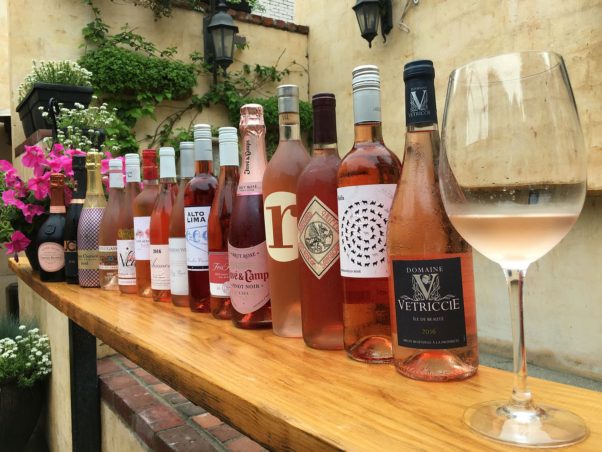 Following its popular “Rosé All May” celebration last year, Vinoteca will devote the entire summer to one of its favorite wines, with its “Rosé Days” celebration with more than 20 different rosé wines, rosé cans and magnums, rosé spritzes, rosé sangria, rosé cider, rosé cocktails and rosé flights.

Vinoteca’s “Rosé Days” menu will be available throughout the entire restaurant and bar, but the backyard European-inspired outdoor plaza will be especially festive and transporting for the summer, offering a sunny enclave to enjoy rosé, spring fare and a round of bocce on its oyster-shell court.

More than 20 new still and sparkling rosés hailing from France, Italy, Spain, Argentina, Austria, New Zealand, Tasmania and the U.S. will be available by the glass, bottle, magnum and even can.

Canned rosé from Anywhere Cellars in Lodi, Calif., will be available by the single can ($12) or by the bucket of five ($50). Flights offer guests the chance to try three rotating rosé wines for $18. Cider lovers can get their rosé fix with bottles of Wolffer’s No. 139 Dry Rosé Cider ($11/bottle) made exclusively from apples grown in upstate New York. The restaurant has also created a special Rosé Sangria ($8 glass/$30 pitcher) made with La Nevera Rosado de Garnacha, Rock Town vodka, and fresh fruits by the glass or pitcher.

Two rosé cocktails include the Rosé Spritz, which combines house rosé, hibiscus syrup, soda water and handmade seasonal ice, which holds herbs and fruit; and the rosé gin & tonic, with Nolet’s gin, tonic water and Peychaud’s bitters. Both are priced at $14.

Rosé Days runs Tuesday through Sunday from May 25 through the end of the summer.

Zinburger Wine & Burger Bar has added new spiked and non-alcoholic lemonades to its menu for the summer with 50 cents of each lemonade going to Alex’s Lemonade Stand Foundation to help find a cure for childhood cancer. 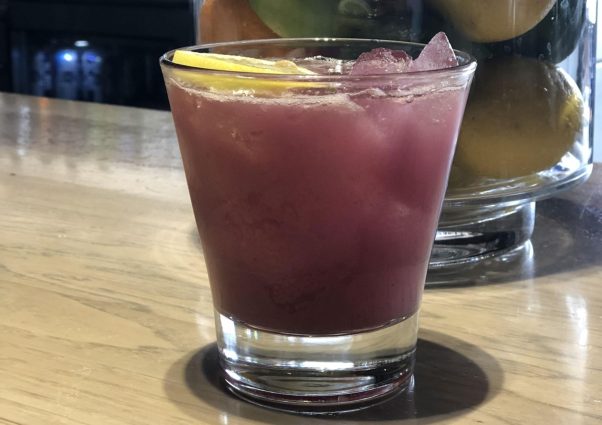 Zinburger’s Citron blueberry lemonade and others are available all summer. (Photo: Zinburger)

The new made-to-order lemonades are available at all 15 east coast locations including Springfield Town Center and Arundel Mills Mall through Aug. 31. All are made with signature house-made lemonade made from scratch daily with fresh lemon juice, water and simple syrup.

Non-alcoholic lemonades include the house-made lemonade; a black & blue lemonade shaken with fresh blackberries, blueberry purée and lemon; cucumber mint lemonade muddled with fresh cucumber, simple syrup and mind; strawberry lemonade Monin strawberry syrup and fresh lemon juice; and half & half with half lemonade and half iced tea.