Learn How to ‘Stop the Bleed’ & Save a Life

Mass shootings such as the one in Las Vegas earlier this fall have highlighted the need for bystanders to learn first aid techniques to stop bleeding. A national initiative called Stop the Bleed is working to provide such training, much like the existing training for cardiopulmonary resuscitation (CPR) or using an automated external defibrillator (AED). 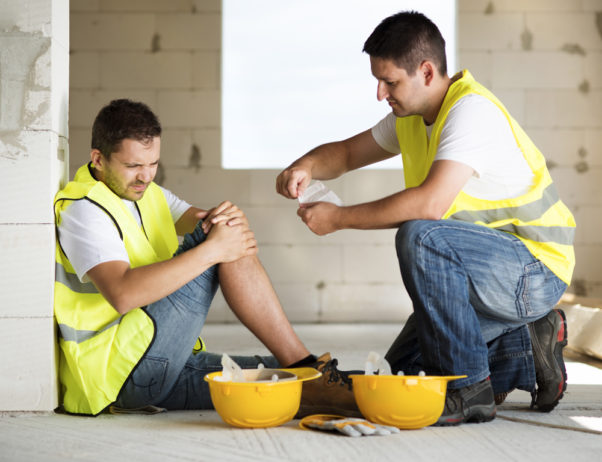 The Stop the Bleed initiative wants to teach everyone how to stop bleeding and save lives. (Photo: Halfpoint/Getty Images)

Dr. Justin Chandler, a trauma surgeon at Penn State Health Milton S. Hershey Medical Center, said analysis of mass tragedies such as the Sandy Hook Elementary School shooting in 2012 found that many victims could have been saved had bystanders known techniques to control their bleeding.

“People can bleed to death in less than three minutes with very bad injuries,” he said. “But we can teach you a variety of techniques to control bleeding using virtually nothing.”

Kimberly Patil, injury prevention and outreach coordinator with the adult trauma program at Hershey Medical Center, said the training is relevant for just about anyone. “You might be the first one on the scene to a car crash, a kitchen knife injury, a hunting accident or a traumatic farm injury,” she said.

She said the ABCs of response to a bleeding injury can help you remember what to do. “First, assure your own safety because you never want to put yourself in danger to help someone else,” she said. “Then, find the bleed and compress or apply pressure.” Third, call for help.

To help you remember what to do next, follow the ABCs of response to a bleeding injury. They are:

A – for alert, or call 911.
B – for bleeding, as in find the bleeding injury.
C – for compress, by using either a commercially approved tourniquet or wound packing and pressure techniques. 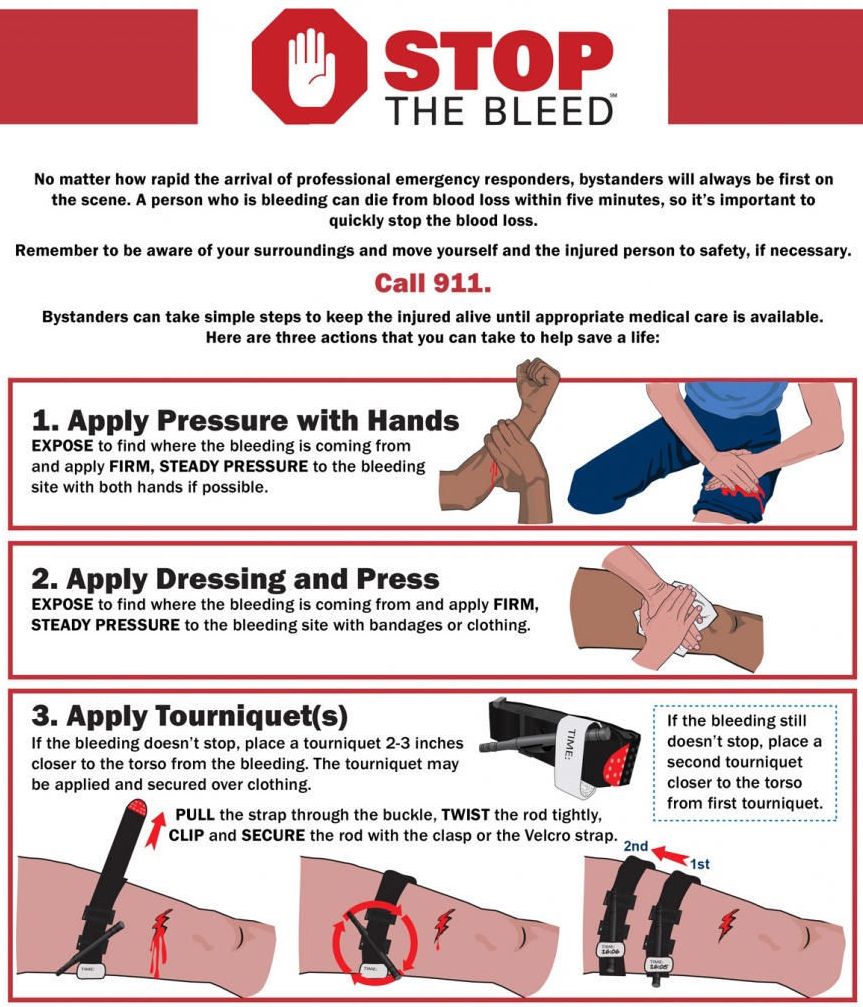 Instructions on how to stop bleeding. (Graphic: U.S. Dept. of Homeland Security)

Chandler said bystanders can help by getting a clean cloth and applying pressure to the wound. “You want to lock your elbows and push on the area to control the bleeding as best you can,” he said, adding the strategy is not very effective for chest or abdomen bleeds.

He envisions businesses, schools and community organizations investing in bleeding control kits in the coming months and years just as they have done with AEDs in the past and training of their personnel on how to use them.

Chandler said it is still important that people get trained in CPR and learn not to move someone from a fall or car crash unless they are in imminent danger. “You need to protect the neck and spine so you don’t worsen their injuries by moving them,” he said.

He encourages groups, organizations and individuals to call and schedule a free Stop the Bleed training at their location.

“I think it’s important for people to get trained in basic medical matters,” Chandler said. “With one hour of your time – if that – you could potentially save a life. The only thing more tragic than a death is a death that could have been prevented.”