Fuego in Clarendon Is Closing This Sunday

Part of the Passion Food Restaurant Group, which also owns District Common, Arcadiana and PassionFish, Fuego opened in October 2012 in the Market Common development serving Mexican food and one of the largest selections of tequilas in the DMV at the time.

“Even great-tasting restaurants battle tough odds, but we cannot thank our devotees enough who were a constant support and presence at our bar and in our dining room,” said chef and co-owner Jeff Tunks.

The two-story restaurant was known for its tacos, tequila drinks and other Mexican fare. It will offer several specials until it closes, which it will promote on social media including $5 taco plates, margaritas and specialty cocktails.

“We’ve loved being part of this dynamic and welcoming community, but at this time, the location ultimately does not fit into the goals of our professional direction,” said Gus DiMillo, a co-owner. “We’re proud to have made strong, loyal friendships here in Clarendon.” 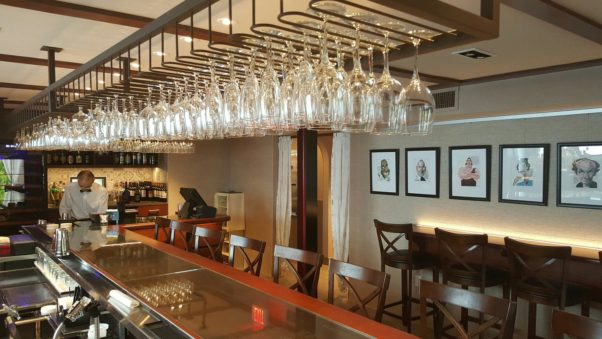 Guests can enter the bar from inside the restaurant or from the outdoor terrace.

The drink menu features a long list of cognacs, some imported just for the bar. Cocktails include The French 75 made with cognac, champagne and lemon juice; Pink Love with cognac, raspberry liquor and champagne; and the Parisian Negroni with VS cognac, sweet vermouth and Campari. There are also domestic and imported beers and ales, including Stella Artois and two others on tap, as well as wines and champagnes by the bottle or glass.

All three flavors are available daily at both locations, as well as on Astro’s food truck. 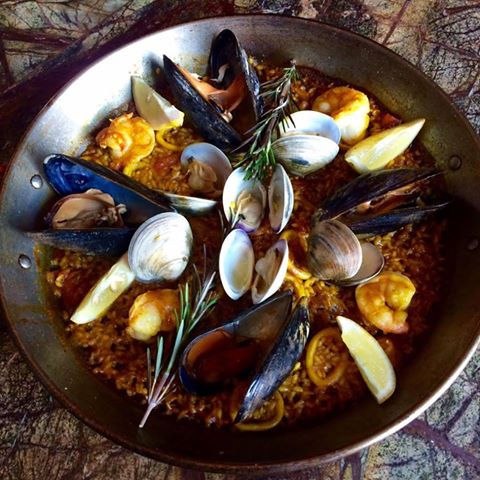 Paella is a dish that comes from the Valencian region of Spain. It is a saffron-infused rice dish that marries bold flavors and textures. Combined with a variety of meats, shellfish and vegetables, paella was originally a peasant’s meal cooked over an open fire in the fields and eaten directly from the pan using wooden spoons. The dish takes its name from the wide shallow pan that it is cooked in, traditionally called the paella or paellera.

To celebrate the victory, Slate will offer the winning paella for $26 during October. Lledó’s version includes prawns, mussels, clams and more.

From now through Nov. 8, Bourbon Steak in the Four Seasons Hotel, 2800 Pennsylvania Ave. NW, is offering bar patrons the chance to win a free one-night stay in the hotel’s presidential suite and a free dinner for two.

Bourbon Steak in the Four Seasons Hotel is serving four presidential election-themed cocktails and offering drinkers the chance to win a free night at the hotel and dinner for two. (Photo: Bourbon Steak)

Anyone who orders one of the bar’s four specialty presidential cocktails will be given a ballot to toss into either the “Democratic” or the “Republican” full-size whiskey barrel at the end of the bar. Of the four cocktails, two are based on drinking preferences of past Democratic presidents; two represent spirits of choice of past Republican heads-of-state. Each cocktail is $25, $5 of which will be donated to the non-partisan political non-profit, Rock-the-Vote.

The Democratic cocktails include the Sherry Cobbler in honor of James Buchanan made with Lustau sherry, brandy, muddled berries, lemon juice, ginger and bitters; or the Give ‘Em Hell Harry for Harry Truman made with bourbon, Lustau cream sherry and house-spiced tincture. The Republican cocktails include The Chief for Herbert Hoover, a dirty martini with white truffles, Absolut Elyx vodka, house-made truffle brine, strirred and served with a truffle pecorino olive; or the Wizbanger for Dwight Eisenhower made with scotch, grenadine, absinthe, dry vermouth and orange bitters.

The winning ballot will be chosen at random from the barrel of the winning party after the Nov. 8 presidential election.

Pizzeria Paradiso, 2003 P St. NW, 3282 M St. NW and 124 King St., Alexandria, is celebrating the flavors of fall with their annual Autumn Fest from Oct. 9-15 with a complete tap takeover at all three locations.

All three restaurants will also have a seasonal Autumn Fest pizza made with pumpkin pesto, roasted mushrooms, thyme, butternut squash, arugula, toasted pumpkin seeds, parmesan cheese and speck. The small 9-inch pizza is $14 and the large 12-inch is $20.

The French and Southern-inspired bistro is hosting a tap takeover featuring Baltimore-based Raven Beer, which is inspired by Baltimore poet Edgar Allan Poe. Macon will be dedicating six of its tap lines to the beers, priced at $9 per pint, including The Raven Special Lager, Pendulum Pils, The Cask, Dark Usher Kölsch, Annabel Lee White and Tell Tale Heart IPA. From Oct. 24-31, the drafts will be served in restaurant will also be pouring these special drafts in Raven Beer-branded glasses.

DLynn Proctor, star of the documentary Somm and Penfolds ambassador, will lead the dinner. He was named Best New Sommelier in America by Wine and Spirits Magazine in 2008. The evening will also feature a live stream on Facebook Live, allowing viewers at home to follow along, ask Proctor questions and participate in the evening’s entertainment.

Proctor has hand selected a few of his favorite wines, including the Penfolds Grange 2006, arguably Australia’s most celebrated wine noting aromas of fig, cinnamon, nutmeg and black pepper and the Bin 311 Tumbarumba Chardonnay, which boasts biscuity, brioche aromas laced with hazelnut, macadamia and guava fruit. 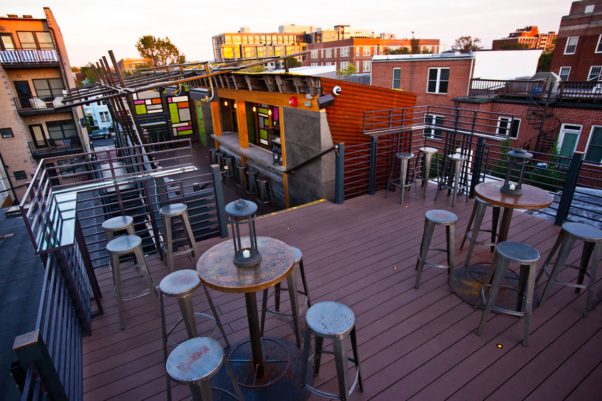 The kitchen will serve three types of sausages from Meats & Foods priced at $5 each; a selection of sides including potato salad with haricots and tarragon, marinated cucumber salad with dill yogurt and marinated sesame mushrooms priced at two for $5; warm salted pretzels with mustard for $2 each; and cans of D.C. Brau Oktoberfest for $7 each. There will also be a selection of krauts on hand to accompany the sausages.

Diners may order a la carte or get a plate with one sausage, two sides and a can of beer for $15.

The Lafayette Room at the Hay-Adams hotel, 800 16th St. NW, is serving a three-course prix fixe menu from 5:30-10 p.m. nightly through Saturday, Oct. 15. Priced at $150 for two people, the menu features contemporary American cuisine complemented by a half bottle of Taittinger Brut Champagne.

The Lafayette Room at the Hay-Adams hotel is serving a three-course prix fixe fall menu this week. (Photo: Hay-Adams Hotel)

Nuvee Netayavichitr been named the new chef de cuisine at The Pig, 1320 14th St. NW, replacing executive chef Michael Bonk, who moved to owner Eatwell D.C.’s The Bird, which is set to open later this month. 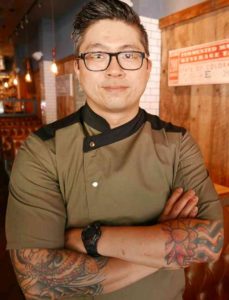 Nuvee Netayavichitr is the new chef de cuisine at The Pig. (Photo: The Pig)

For the past five years, Netayavichitr was the senior sous chef at the Mandarin Oriental. A local to the area, he has been working in the DMV food industry since 1998 in luxury hotel kitchens and neighborhood restaurants.

Since arriving at The Pig, Nuvee has released a classics menu with favorites such as face bacon with bourbon peach jam and pickled peaches; crispy pig ear salad; and The Shank, a confit pork shank, polenta, sun-gold tomatoes, mint pesto and peanuts. He has also written a new four-course dinner tasting menu starting at $35 with an optional wine pairing starting at $15 from The Pig’s new wine list.

“My mission at The Pig is to make these (less utilized) cuts look like a work of art, from pork cheek to pig feet,” said Netayavichitr. “It’s important that nothing goes to waste, which is the way to respect an animal that just gave its life to feed us.”