More Restaurants Are Coming to The Wharf

Eric and Ian Hilton – the brothers behind the Gibson, the Brixton, American Ice Co., Chez Billy Sud and others — will The Brighton, a pub, in the $2 billion Wharf development on the Southwest D.C. waterfront. 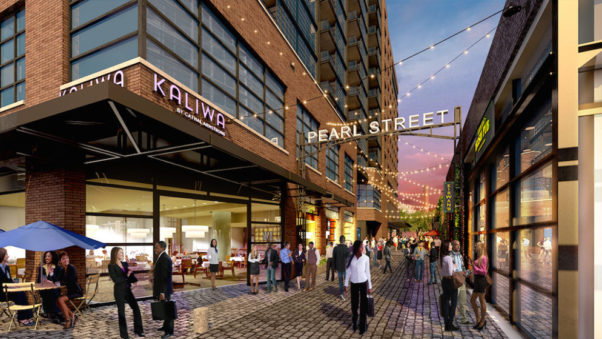 And, chef K.N. Vinod and partner Surfy Rahman, the team behind Indique and Bombay Bistro, will open a new 2,700-square-foot Southern Indian restaurant at The Wharf. It will feature seafood, rice-based breads and biryani, a rice dish with meat and vegetables.

Other recently announced restaurants slated to open in the development include a three-story “everyday” Southern Italian restaurant and market from chef Nick Stefanelli of Masseria and Kaliwa, a Filipino, Thai and Korean restaurant from Restaurant Eve owner chef Cathal Armstrong.

The newest additions join other restaurants including Del Mar from Fabio and Maria Trabocchi, Requin from chefs Mike Isabella and Jennifer Carroll, and new locations for Hank’s Oyster Bar and Rappahannock Oyster Bar. The restaurants are slated to begin opening in October 2017. 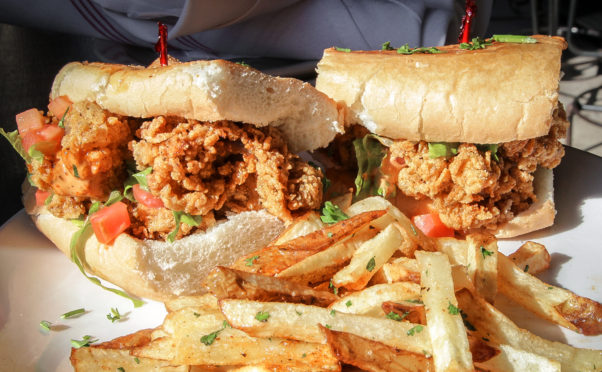 The restaurant, which opened above the Ben’s Chili Bowl on H Street last fall, was the only restaurant in the company that didn’t use the Ben’s name, unlike Ben’s Next Door on U Street. Now the upstairs restaurant, bar and roof deck have been renamed. The change occurred in conjunction with last week’s H Street Festival.

“It makes sense to keep that family namesake, it sounds better,” Manuel Iguina, who was brought in to upgrade the brand at the full-service restaurants, told Washington City Paper.

The menu features dishes from the Caribbean, where founder Ben Ali was born, and the South, where he met his wife Virginia in Virginia. Dishes include appetizers like stuffed yucca and green plantains alongside fried green tomatoes and crawfish mac and cheese. There are also fried oyster po’boy sandwiches, whole fried snapper with coconut mojo and plantains, and pork ribs with Carolina barbecue sauce. The only dish to survive the revamp is the jerked salmon.

Chef Quinton Mitchell, who is from North Carolina, replaced R.L.Boyd as executive chef. 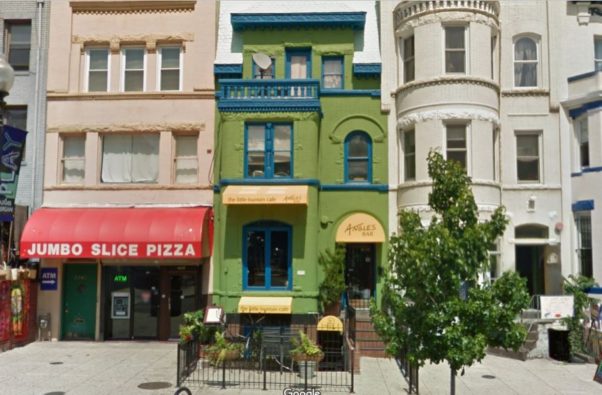 Arthur will turn the lower level into a full-service Wingo’s with a Wingo’s-themed sports bar on the upper level. He hopes to open at the beginning of the year. 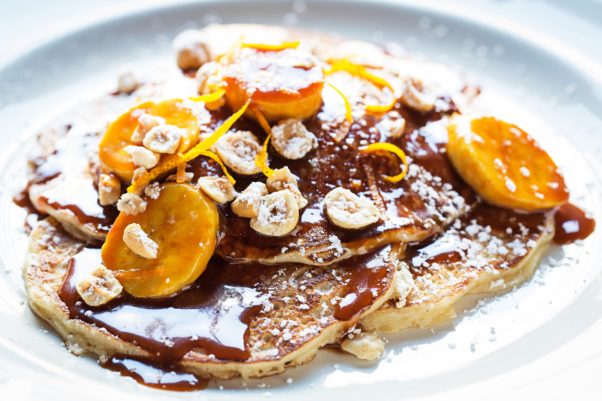 Breakfast includes an ever-changing daily protein shake and fresh juices, and Italian inspired dishes like the zucchini, potato and parmigiano frittata with rosemary, bacon and whole wheat toast, and the Casolare breakfast sandwich with fried egg, mortadella, arugula and spicy mustard aioli. Diners can also choose from classic breakfast items such as a crab cake benedict with lemon and black pepper hollandaise, or buttermilk pancakes with caramelized bananas, orange zest and crushed hazelnuts.

The lunch menu features favorites from dinner along with an extensive selection of sandwiches served on ciabatta bread and entrée salads. Sandwiches include the Sicilian tuna sandwich with olive oil, black olives, capers, tomato and mustard aioli; the crunchy chicken BLT with pancetta, lettuce and tomato aioli; and grilled eggplant with spicy cauliflower and caper aioli. Salads include shrimp salad with avocado, lemon, asparagus and mixed greens; a classic Caesar salad with grilled chicken, shaved grana and lace croutons; and an old school chopped cobb salad. A selection of pastas and pizzas are available, including classics like the margherita pizza and spaghetti with tomato and fresh basil sauce, along with more unique options like the ravioli with potato, mint and pecorino; or the wild mushroom pizza with red onions and Sicilian pistachios. 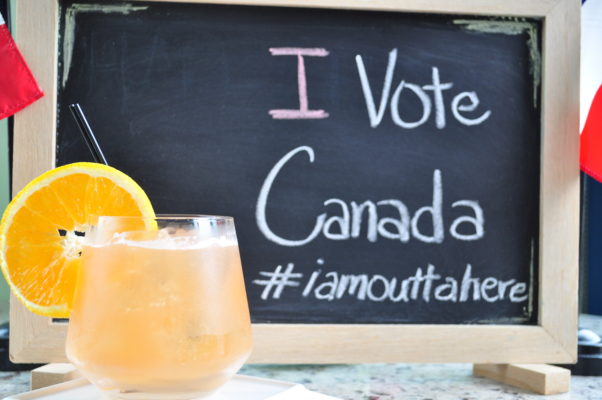 Bastille is serving five election-themed cocktails through Nov. 8 including the I Vote Canada. (Photo: Bastille)

The restaurant has designed a cocktail for each candidate that will be available from Oct. 4-Nov. 8. Based on demand, a “winner” will be announced on election day.

Drinks include the “#Crooked” for Hillary Clinton made with Dewar’s White label, lemon cordial, allspice dram and cherry heering; the “Deluded Little Manhattan” with Korbel brandy, Dolin Rouge, Dolin Dry and La Belle orange absinthe for Donald Trump; the “Live Free or Die Johnson” with Silver tequila, crème de mure, lime juice and ginger beer for the Libertarian candidate; the “Paging Dr. Stein” with Mosby Spirit, quince wine, lime cordial, Regan’s orange and Peychauds for the Green Party candidate; and the “I Vote Canada” with Crown Royal, lime juice, allspice dram, Angostura and simple syrup for those wishing to opt out of any of the choices. Cocktails are priced at $10 each.

Pizzeria Paradiso, 2003 P St. NW, 3282 M St. NW and 124 King St., Alexandria, is celebrating Beer Week from Sept. 24-Oct. 1 with various events and beer specials including a Georgetown bar crawl, a beer class on gruits, the launch of a special collaboration beer and a night dedicated to women in the beer industry. 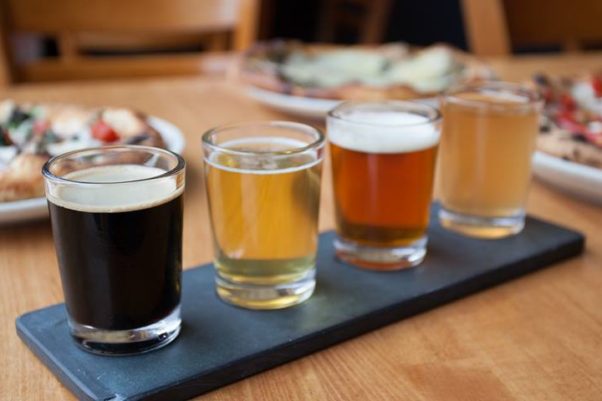 From 1-3 p.m. on Sunday, Sept. 25 at the Georgetown location, Birreria Paradiso, along with other Georgetown favorites including The Sovereign and Clyde’s, will host a Sunday afternoon bar crawl. Each restaurant will feature a selection of D.C. Brau beers on tap at a discounted price. Once a D.C. Brau has been drunkat each restaurant – indicated on a bar crawl punch card – guests will convene at Pizzeria Paradiso for a raffle and each guest will leave with a D.C. Brau glass. Pizzeria Paradiso will have D.C. Brau Citizen, D.C. Brau Public and D.C. Brau Belgian On The Wings of Armageddon on tap for $3 each.

From 5-6 p.m. on Monday, Sept. 26, Georgetown will host Earth’s Bounty: A Tasting Walkthrough of Gruit, a class on gruit beers and will pour examples of the brew on draft including Brasserie DuPont Biere de Beloeil, Jopen Koyt and Haandbryggeriet Norwegian Wood.

From 5 p.m. to close on Wednesday, Sept. 28, Dupont and Old Town will host a Schlafly/Port City Collaboration Celebration. The restaurants will launch the new Vastly Mild, a special collaboration from Schlafly and Port City. Three other beers from each brewery will also be on tap at both restaurants, including the Port City Optimal Whit and Essential Pale and Schlafly’s Kolsch and cider.

Finally, from 5 p.m.-close on Thursday, Sept. 29, Dupont will host Ladies’ Night, a celebration of women in the industry. The location will tap beers from various breweries that have a female head brewer or a woman in a leadership role. Drafts will include Denizens Lowest Lord, Grimm Super Spruce, New Belgium Tart Lychee, St. Feuillien, Lagunitas Pilsner and B. Nektar Zombie Killer. 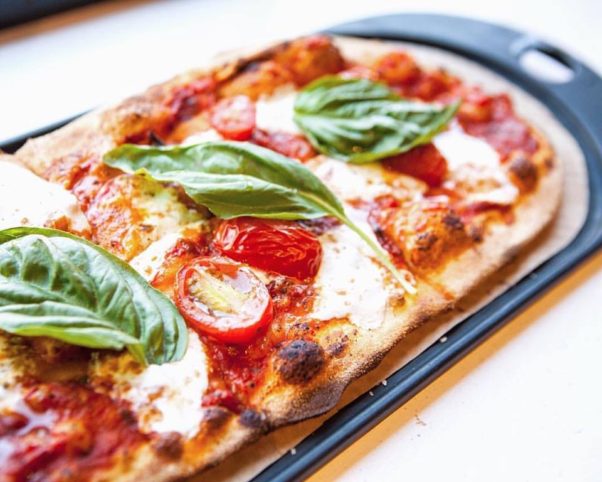 &Pizza will open its newest location in Chinatown on Thursday. (Photo: &PIzza)

The new location will be the fast casual pizzeria’s eighth in D.C. with two others planned in Barracks Row, 405 Eighth St. SE, and Georgetown, 1335 Wisconsin Ave. NW. It will be the chain’s 16th restaurant in the DMV with an expansion coming to Philadelphia soon. 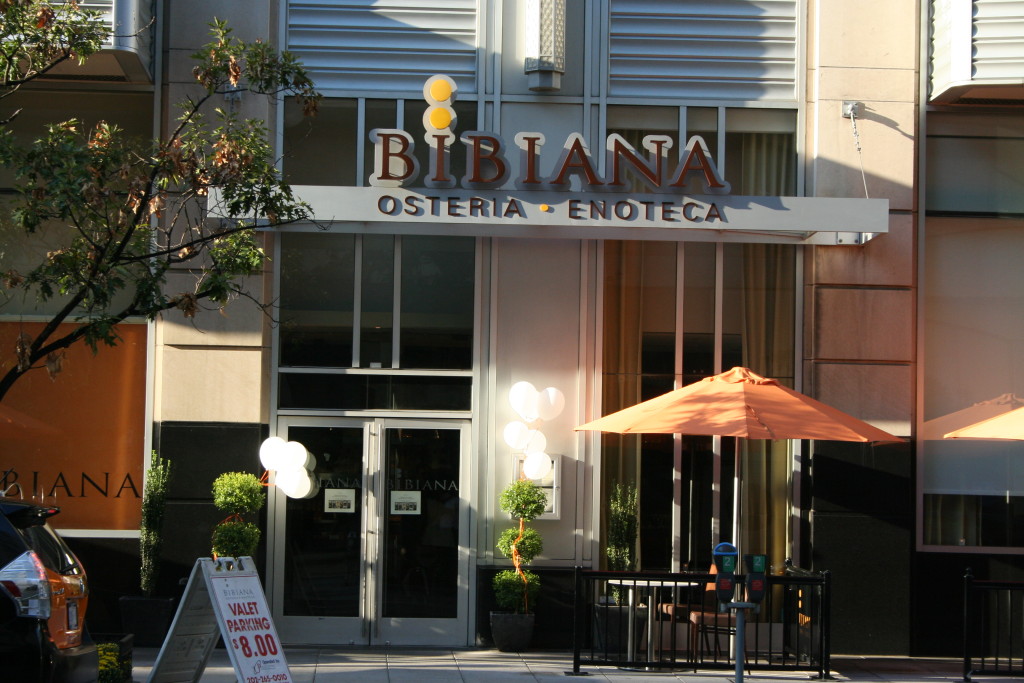 Participants will explore the wines including the 2015 Lechthaler Pinot Grigio, the 2014 Lechthaler Pinot Noir and the 2013 Lechthaler Teroldego, which have been selected by Lechtaler owner Romina Togn to complement a selection of pizzas. Togn will lead the tasting and answer questions about the wines.

Tickets are $25 per person. Reservations are required and a credit card will be taken when making the reservation.

Hay-Adams, 800 16th St. NW, will host a four-course winemaker at 7 p.m. in the private dining room of The Lafayette, showcasing wines from Bodegas Vega Sicilia. 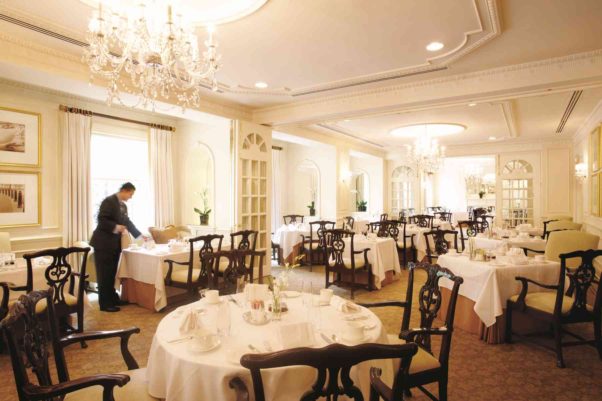 Tickets are $155 per person. Seating is limited and reservations are required by calling 202-638-6600. A credit card is required to hold the reservation.