The eighth annual D. C. Beer Week kicks off on Saturday, moving from late August to the last week of September. It runs through Oct. 1. 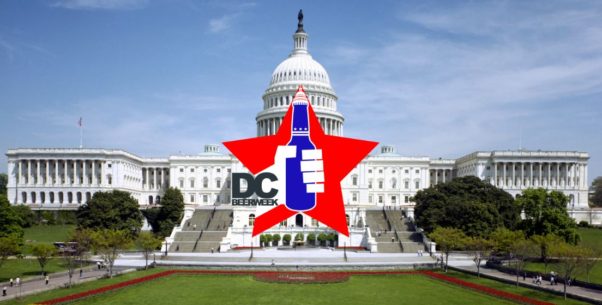 The D.C. Brewers’ Guild has taken over the yearly celebration, which will focus more on craft beer this year, from founders Teddy Folkman and Jeff Wells. Also this year, Beer Week will run from Saturday to Saturday instead of Sunday through Sunday as it has in the past.

“The D.C. Brewers’ Guild is proud to take the reigns from our predecessors and continue the tradition of D.C. Beer Week,” said guild executive director Kathy Risso who is co-chairing the event with Lisa Cox of Atlas Brew Works. “The hyperlocal craft beer scene is growing so quickly that we can highlight more and more beers from the metro area specifically. While D.C. Beer Week loves to include our partners from around the country, the opportunity to gain exposure for all of our local companies is inspiring.”

Each year D.C.-area brewers get together and brew one beer to be released during Beer Week. Each brewery provides ingredients with others donated by suppliers. A different hosts brew day each year. This year’s solidarity beer, brewed at 3 Stars Brewing, is a dry-hopped grissette, a sessionable beer with 5.3 percent ABV. This year’s brew has a strong hoppy flavor with complexity and depth normally seen in heavier beers. The beer was started on Aug. 12 to be ready for Beer Week. It will be available in bars around the city beginning Sept. 24. 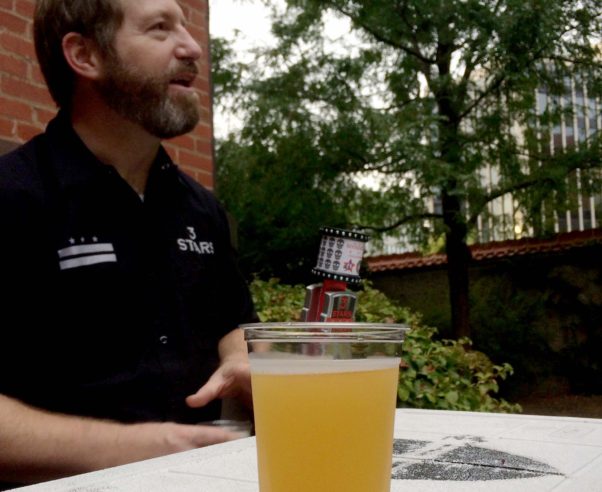 This year’s flagship marquee events include:

Old Ebbitt Grill’s fourth annual BrewHaHa kicks off the week from 7:30-10:30 p.m. on Saturday, Sept. 24, in the restaurant’s atrium, 675 15th St. NW. It features 10 local breweries and 10 local chefs showcasing some of D.C.’s best food and craft beer. Guests can enjoy unlimited tastings of 20 craft beers from local breweries alongside 20 tastes from city restaurants. The cocktail-style party features bluegrass by Only Lonesome and bourbon-infused Americana by Crooked Angels as well. Tickets are $75 online. Tickets will only be available at the door if they are not sold out.

On Sunday, Sept. 25, from 1-6 p.m., Hopfunk Fest at 3 Stars Brewing, 6400 Chillum Place NW, features hop-forward beers and sours from around the country. Breweries include Other Half, J. Wakefield, RAR, Oxbow, D.C. Brau, Adroit Theory, Logsdon Farmhouse, Ocelot, Union Brewing, Oakshire, Modern Times, Charm City Meadworks and more. Rappahannock Oyster Co. will be on hand selling oysters along with DJs, cornhole, food trucks and more. Tickets are $15 and include admission, a custom glass and one beer. Tickets must be purchased in advance.

ChuchKey, 1337 14th St. NW, hosts the D.C. Total Tap Takeover, the largest single tapping of District craft brews ever, from 4 p.m.-1 a.m. on Thursday, Sept. 9. There will be 55 craft beers brewed in the District on draft and cask. Expect a wide array of flagships, seasonals, one-offs and rarities both on cask and on draft from 3 Stars, Atlas, Bluejacket, D.C. Brau, District Chophouse, Hellbender and Right Proper. The brewers will be on hand as well. Admission is free with beers priced individually. 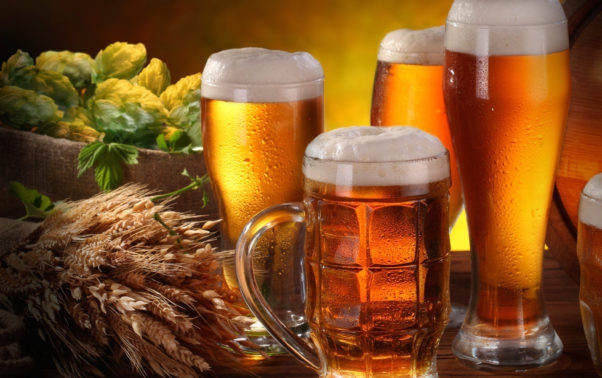 D.C.s local beer industry gets to show off its products during D.C. Beer Week. (Photo: Enziquim)

Join D.C. Brau from 6-11 p.m. on Friday, Sept. 30, for an Evening of Magical Mystery beginning in the parking lot at 900 Ninth St. NW next to CityCenterDC. From there, only time will tell where the path winds, ending at a one-of-a-kind outdoor location for a five-course paired dinner curated by chef Mike Friedman of Red Hen and All-Purpose Pizzeria and the D.C. Brau team. Only 100 seats are available. Tickets are $100 and includes round-trip transportation between CityCenterDC and the event site, a five-course meal with beer pairings, tax and gratuity.

The closing event, DMV Craft Beer Celebration is a showcase of the work that craft brewers are doing around the region. Simultaneous events take place in D.C., Maryland, and Virginia on Saturday, Oct. 1.

In Maryland, Denizens Brewing Co., 1115 East-West Highway, Silver Spring, hosts its second annual Make It Funky Wild Beer Festival featuring wild and sour beers from local and national brewers. Tickets are $55 for general admission, which includes a tasting glass and unlimited sample pours, and $70 for VIP admission, which is already sold out and includes an extra hour from noon-1 p.m. and a goodie bag.

In Virginia, celebrate Capitol City Brewing Co. hosts its 17th annual Oktoberfest in the Village of Shirlington, 4001 Campbell Ave., Arlington, from noon-7 p.m. Don your traditional German garb and enjoy the tastes of authentic Bavarian brews, bratwurst and German-style pretzels. More than 65 breweries will set up taps with 4-ounce ale and lager samples. Tickets, which go on sale at 11:30 a.m., are $30 for beer drinkers and includes a wristband, a tasting glass and 10 drink tickets. Additional tickets are $2 each. Admission is free for children and non-drinkers.

And in D.C., the guild will host a cask event at Atlas Brew Works, 2052 West Virginia Ave. NE, from 1-5 p.m. The event showcases member breweries as Atlas, Hellbender Brewing Co., 3 Stars Brewing Co., Bluejacket, D.C. Brau Brewing Co., Gordon Biersch Navy Yard and Penn Quarter, Right Proper Brewing Co. and District Chophouse tap their cask – unfiltered beer that is transferred into casks, carbonated, sealed and then undergoes final fermentation in the cask. Tickets are $50 and include samples of the various casks and a souvenir tasking glass.