It Is Summer Restaurant Week in the DMV

It is time for Summer Restaurant Week with three different groups hosting special deals in Montgomery County, Alexandria and throughout the DMV. 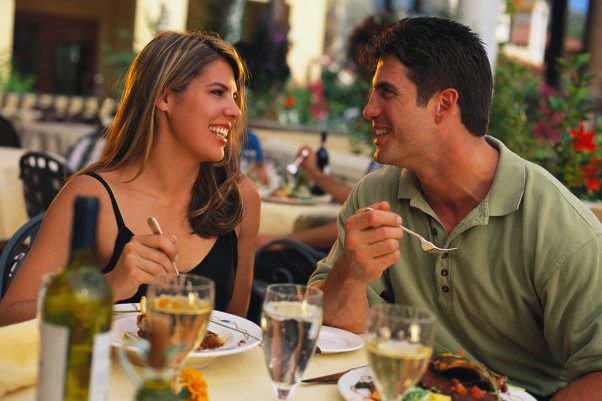 It is time for Summer Restaurant Week in Montgomery County, Alexandria and the DMV. (Photo: Shutterstock)

Bethesda Magazine’s Restaurant Week in Montgomery County started Friday and runs through Aug. 21. It features two-course lunches for $16 and three-course dinners for $36.

While most of the 40 participating restaurants are in Bethesda, others are in Cabin John, Chevy Chase, Gaithersburg, North Bethesda/Rockville, Potomac, Silver Spring and Upper NW in the District. Participating restaurants include Mon Ami Gabi, Mussel Bar Bethesda, PassionFish, Suma, Wildwood Kitchen, La Ferme, Stella Barra Pizzeria, Summer House Santa Monica, All Set Restaurant & Bar and Range. A complete listing, along with menus, is available on the website.

Diners can win gift cards to some of the restaurants by posting pictures of their meals on Instagram listing the name of the participating restaurant and using the hashtag #BMAGRW and @BethesdaMagazine. Photos that receive the most “likes” will win.

Diners who book through the restaurant week website and opt n for emails will be registered to win a Caribbean cruise for two, three months of in-home water delivery, tickets to local food-related events or restaurant gift cards. Also, diners who order an American Lamb dish at participating restaurants and tweet a photo of it and tag the restaurant and use the hashtag #FANOFLAMB and #RWDMV could win a summer lamb pack including loin chops, racks and more. 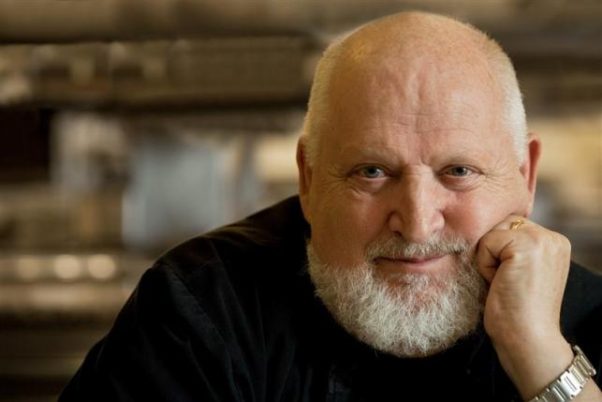 Richard was under hospice care. He had been ill with complications from diabetes for a while.

Richard was a giant on the D.C. restaurant scene, first opening Citrus in 1986 and Citronelle in 1994, both of which are closed. Ten years later, he opened Central, 1001 Pennsylvania Ave. NW, which is still open. Corporate chef and general manager David Deshaies, who joined Richard at Citronelle and became its executive chef, operates Central.

Richard was born in Brittany, France in 1948 and grew up in Champagne. He learned to cook at the age of 7 and was an apprentice baker in Reims by age 14. He opened his first restaurant, Michel Richard Pastry Shop, in Los Angeles in 1977. He eventually branched out from being a pastry chef to study different culinary areas and had restaurants in Carmel and Santa Barbara, Calif., Baltimore, Atlantic City, San Francisco, Philadelphia and New York City, as well as D.C.

Central is described as an American bistro with a French twist and won the James Beard Foundation Award for best new restaurant in the U.S. in 2008.

Maha Hakki,a spokeswoman for Central, told DC on Heels the restaurant will be open Saturday.

Washington, D.C. is Bon Appetit’s Restaurant City of the Year

Bon Appetit magazine has named the District it’s Restaurant City of the Year. 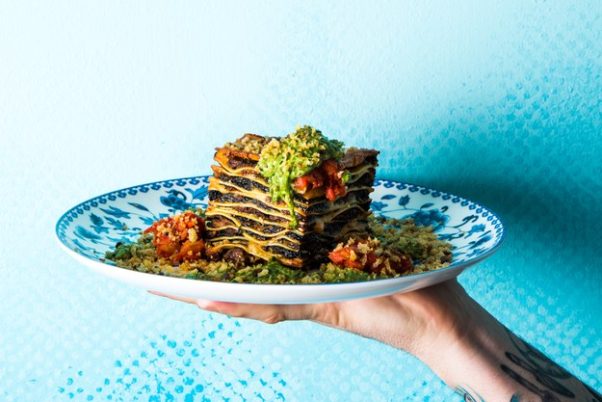 Bon Appetit magazine named Washington, D.C., its Restaurant City of the Year thanks to local restaurants including Tail Up Goat and its goat lasagna (pictured). (Photo: Bon Appeitit)

Bad Saint, The Dabney and Tail Up Goat made the magazine’s list of the 50 finalists for America’s Best New Restaurants. The winner will be named Tuesday.

Food editor Andrew Knowlton wrote that “D.C. has had its fair share of incredible chefs: the late-great Jean-Louis Palladin, Michel Richard, Jose Andres, Ann Cashion, Nora Pouillon… the list goes on. But there’s something else going on with the new wave of restaurants crashing onto the scene.”

He notes that D.C. has long been a city that could out power-lunch any place in the country, and great meals could be had at many of the big-box restaurants in the center of town. “But now D.C. more than that: It finally has a town of great neighborhood restaurants. And they are sprouting up in areas that you would not have imagined 10 years ago – neighborhoods like Shaw, Columbia Heights, Barracks Row and Petworth.”

He said there is an energy and excitement surrounding all the new places. “You go into one place, and you hear about another exciting spot just down the street. The table next to you isn’t only talking politics; they’re discussing last night’s cacao e pepe, too.”

He recognized some long-time chefs like Fabio Tarbochi, Cathal Armstrong, Jamie Leeds and Eric Ziebold and newcomers Johnny Monis of Komi and Little Serow and Aaron Silverman of Rose’s Luxury and Pineapple and Pearls.

Other restaurants singled out in the article include Columbia Room, Maketto the food stalls at Union Market, Kinship, Metier, Whaley’s, Daikaya and Convivial.

The thing the restaurants all have in common, he said, is fearlessness. “There are no consensus polls being taken on what diners might want or need. Instead, these are chefs and restaurateurs who are simply taking their passions and diverse backgrounds, and turning those into the restaurants of their dreams. And thankfully, these days, they have a hungry and food-savvy audience that is willing to try new things.”

With football season on the horizon, The Common in the College Park Marriott Hotel & Conference Center, 3501 University Blvd. East, Hyattsville, has expanded its Game Zone bar, which is a short walk from Capital One Field at Maryland Stadium. 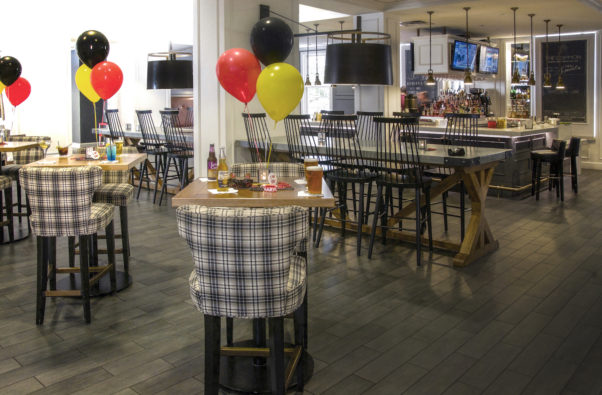 The Game Zone has a festive vibe and a new Pub Grub menu that features dishes ranging from Maryland-style loaded potato skins with crab dip and Gridiron Wings to short ribs and marinara meatballs. Regional drafts include Flying Dog and Heavy Seas.

The bar has also added extra televisions to help get fans revved up for football and there will be Terps-themed giveaways.

The Game Zone will offer specials before or after home games on Saturdays Oct. 1, 15 and 22 and Nov. 12 and 26 depending on kickoff time. 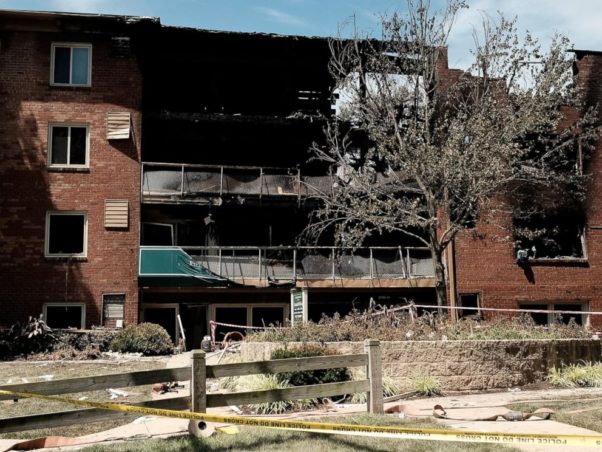 All Set Restaurant & Bar in Silver Spring will donate all its sales on Monday to help families displaced by the explosion and fire at Flower Branch Apartments. (Photo: Getty Images)

All Set will donate 100 percent of sales for the day plus an additional $5,000 donated by the Metzler Group to Montgomery Housing Partnership to provide assistance to the displaced families. Two people were killed and dozens more were injured.

Direct monetary donations may also be made online. You should indicate LONG BRANCH FIRE in the comments box. 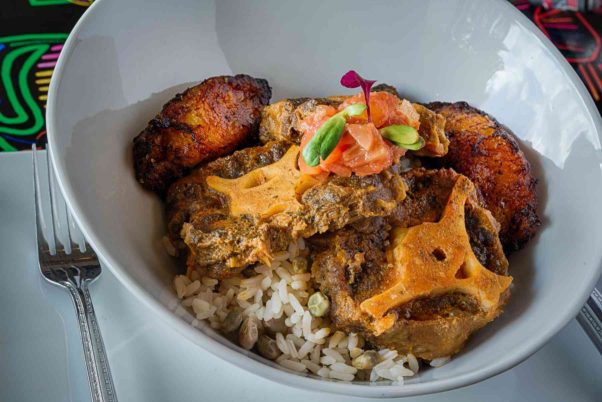 Esencias Panameñas will offer buy one, get one entree like this rabo de buey made with oxtails for $8.15 on Monday to celebrate the founding of Panama Viejo. (Photo: Rey Lopez)

Panama Viejo is the remaining part of the old Panama City and former capital of the country. It is located in the suburbs of the modern city. It was founded on Aug. 15, 1519.

During dinner service, diners can purchase one dinner entrée such as arroz con pollo, saffron rice with chicken, olives, capers, peas, carrots, fried plantains and potato salad with beets; plato típico with arroz con pollo, a ground corn chicken tamal, fried sweet plantains and house salad; or rabo de buey, oxtail with onions, peppers and tomato chutney, over a bed of coconut pigeon peas and rice, fried sweet plantains, micro greens and a house salad and get the second for $8.15. Entrées range from $17-$25.

The collaborative series will showcase Jack Rose-exclusives from local craft breweries, aged in iconic rye barrels. First up is D.C. Brau’s Reaper Madness featuring the brewery’s Space Reaper double IPA aged in 3-year-old Willett Rye barrels. Seven other D.C. Brau brews will be on draft at $2 off all evening including: On The Wings of Armageddon, The Citizen, Brau Pils, The Corruption, The Public, El Hefe Speaks and Penn Quarter Porter.

The Space Reaper from the barrels is described as having “big, bold flavors of sticky, hard candy coupled with a beautifully, subdued barrel character with substantial heat with mild spice derived from the Rye whiskey that once inhabited the barrel.”

The Reaper Madness launch party is free to attend and open to the public.