Boston-based Wahlburgers, the five-year-old burger joint from the Wahlburg brothers – actors Donnie and Mark and chef Paul – is coming to the DMV to challenge other celebrity burger restaurants including Bobby’s Burger Palace from Bobby Flay, Shake Shack from Danny Meyer and Good Stuff Eatery from Spike Mendelsohn along with a plethora of locals like Five Guys, Z Burger, Smash Burger and the new Boston-based Tasty Burger, which opened last month in Shaw. 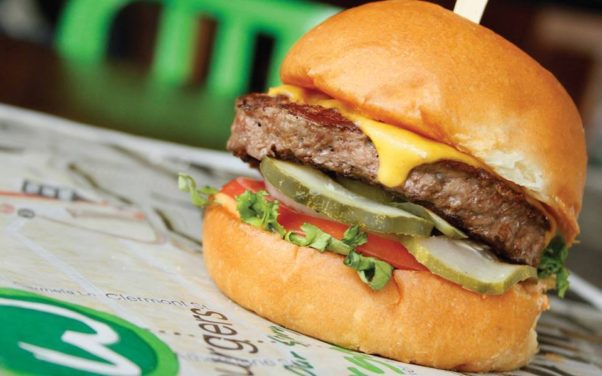 Wahlburgers will open restaurants on Dupont Circle and in Ballston. (Photo: Wahlburgers)

Wahlburgers officially announced back in June that it will open its first 6,500-square-foot DMV location later this year at One Dupont Circle in the space that formerly housed Ping Pong Dim Sum (see item below). Now, even before its first location has opened, Wahlburgers has announced it will open a second 6,600-square-foot location in Ballston adjacent to the Ballston Common Mall in the Ballston Point Building at the intersection of Wilson Boulevard and Glebe Road in Arlington. The Ballston location will include a counter for quicker service as well as a full-service dining room with a large bar and patio.

In addition to burgers, the chain serves a variety of sandwiches including chicken and fish, salads, frappss and float, and dishes like sloppy Joes, mac and cheese and chili. Wahlburgers also has location in Orlando, Toronto, New York and Las Vega with others planned in Philadelphia and Detriot.

Wahlburgers is also a subject of an A&E reality television show.

Most of the menu is the same as its counterpart, but a few specials will be exclusive to the Dupont store including the Gogo with spicy tuna, avocado, cucumber, cilantro, jicama, coconut flakes, tempura crunch and coconut crema; and Sofie’s Kiss with slow-cooked pork shoulder, shrimp tempura, carrot, kimchi slaw, red onion, cucumber, corn, jalapeno, sriracha mayo, unagi sauce.

The new restaurant also has a custom tap system serving Tractor sodas, which come in flavors like blood orange with pomegranate and turmeric, lemongrass-lime and cola with cinnamon and vanilla.
Buredo Dupont Circle s open from 11 a.m.-11 p.m. daily. 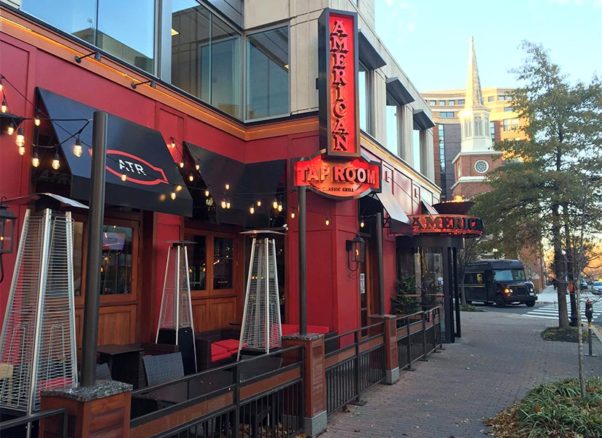 The restaurant served dinner Saturday, but was closed on Sunday. A sign posted on the door encouraged customers for “visit one of our other locations” and encouraged employees to “stop by Monday or Tuesday for information on other locations and pay checks.”

American Tap Rooms in Bethesda, Reston, Richmond and Rockville remain open. The chain is owned by Reston-based Thompson Hospitality, which also owns Austin Grill, although only the Springfield location of that restaurant remains open, Be Right Burger with locations in Reston Town Center and Dulles International Airport, the former Willie T’s Lobster Shack in Dupont and the forthcoming Hen Quarter, which is replacing Autin Grill in Old Town and Silver Spring.

Despite rumors that the trouble location was closing, a manger told ARlnow.com earlier in the week that it was not closing. Sources say a mobile phone retailer – possibly a Verizon store – will open in part of the restaurant’s former space.

London-based Ping Pong Dim Sum has closed its last restaurant in the area.

According OpenTable, the Ping Pong Dim Sum at 900 Seventh St. NW in Chinatown is “permanently closed.” The phone has also been disconnected. The closure comes less than a year after the restaurant closed its Dupont Circle location in January. The Chinatown location was the original D.C. location and the first in the U.S.

Borderstan reported that as of Thursday, there were no signs indicating the restaurant had closed and that chairs were still stacked on top of tables inside.

The chain was one of the city’s few upscale dim sum offerings when it first opened, although competition has increased as more Asian restaurants opened in the city. No word yet on what might replace it.

The chain still has restaurants in London, Dubai and Mumbai, India. 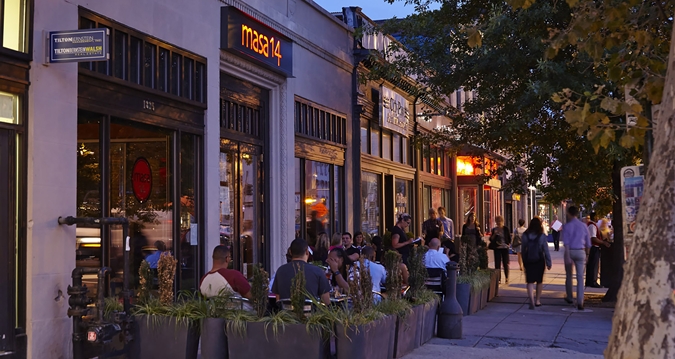 Masa 14 is offering an $40 omakase experience with three dishes chosen by the chef and a new ummer menu. (Photo: Hilton)

Commissary and Logan Tavern are offering specials during the Olympics.

Commissary will have Olympic-themed cocktails every day from Aug. 5-21 and will show the games on its full wall projector in the dining room. Drinks, priced at $9 each, include The Bronze Medal with muddled oranges, mint, pomegranate syrup and cachaça; The Silver Medal with cachaça, lime and sugar cane; and The Gold Medal with whiskey, cachaça, lime, mint and sugar cane.

Logan Tavern will have international drinks and Brazilian food specials throughout the games. 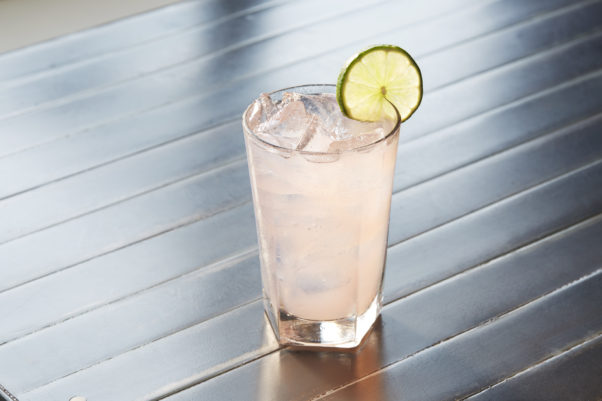 Available through the end of September, the drinks are made with seasonal ingredients and priced from $9-$12 each. 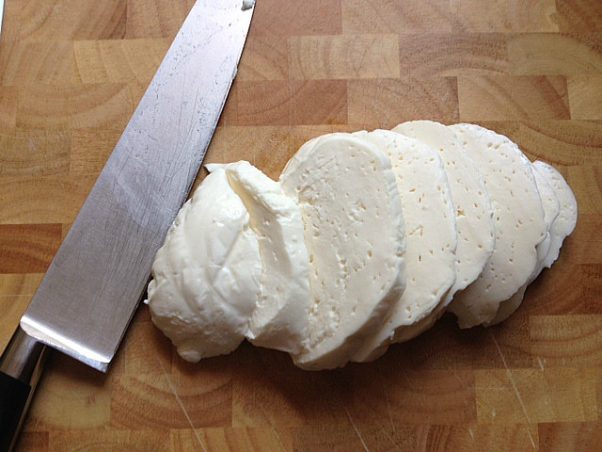 Diners who order a rosé during the month of August will receive three complimentary one-ounce bites of cheese from the restaurants’ in-house cheese shop, which offers over 100 different varieties of cheese imported from Italy. The cheese offering will change weekly.

Lupo Verde is also offering diners mozzarella de buffalo from Italy all month in three different sizes. Diners can order 125 grams of mozzarella for $14, 250 grams for $27 or 500 grams of braided mozzarella, which feeds four to five people, for $70. All three mozzarella platters will be paired with charred peaches, hazelnuts imported from Irpinia, Italy, honey and toasted bread. The 500-gram mozzarella will also come with prosciutto, house-made bread and sliced tomatoes. The 500-gram mozzarella must be ordered 48 hours in advance. 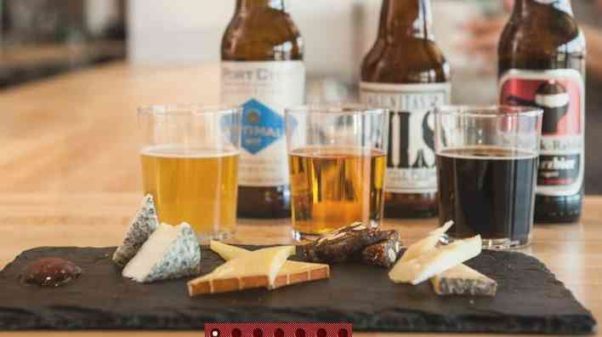 The DMV has become home to several brewers and cheesemakers in recent years. Participants will learn how to pair chees and beer while getting the lowdown on the stories behind some special makers, as well as taste four local brew and four local artisanal cheeses.

Tickets are $49 and must be purchased in advance. Seating is limited to 16. 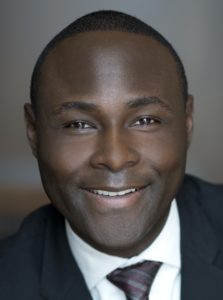 King’s most recent position was general manager at The Blvd restaurant at the Four Seasons Beverly Wilshire.