It looks like Ivan Iricanin is following in his former boss Richard Sandoval’s footsteps, with plans to open two new Ambar Balkan restaurants in the DMV in the near future.

Iricanin opened the restaurant’s original location at 523 Eighth St. SE in Barracks Row with Sandoval in 2013 when he was national director of operations for Sandoval’s restaurant group that includes El Centro D.F., Mesa 14, Toro Toro, La Sandia and Zengo in the DMV. Iricanin has since left his position and continued to operate Ambar on his own. He also opened a second location in Belgrade, Serbia.

Now comes word he will open two other locations – one in the Shaw neighborhood and another in Clarendon.

The Shaw space at 1547 Seventh St. NW was originally slated to become another location of El Centro D.F., but after signing the lease to open the Mexican taqueria and cantina, said in April 2015 he was pulling out. But Ambar has filed an application with the D.C. Alcoholic Beverage Regulation Administration for a 250 seat restaurant with a 34 seat outdoor patio at the location. The application, which is still pending, would allow Ambar to serve liquor until 2 a.m. Sunday through Thursday and 3 a.m.on Friday and Saturday.

On its website, The Warrenton Group, which is developing the building, says Ambar will be on the first floor with second floor office space and residential living space on the third floor.

Then, on Wednesday, The Boulevard Woodgrill, 2901 Wilson Blvd. in Clarendon, announced on its Facebook page that it will close its doors at 9 p.m. on Aug. 7.

“After nearly 15 wonderful years of business in the heart of Clarendon, we have decided to sell our business and will be closing The Boulevard for the final time @ 9:00 pm on Sunday 8/7/2016. We have thoroughly enjoyed serving you over the years (nearly 2 million meals!) and will be forever grateful both for your support as well as the amazing efforts of our employees, both current and past. We hope you will stop in and see us a time or two before we say goodbye and perhaps down the road we’ll be able to see each other again!” 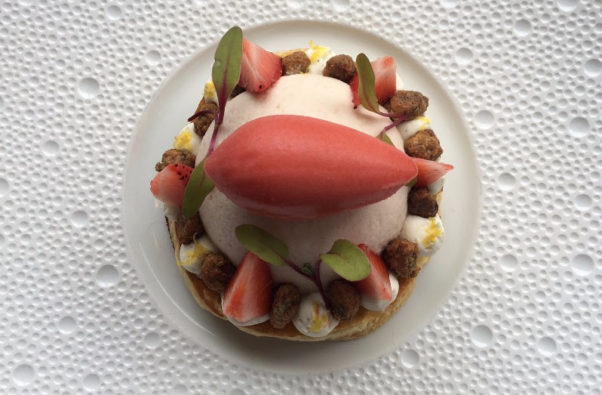 The new summer pastry menu underscores Steenblick’s signature style weaving in European influence (she grew up on a farm in the Netherlands), a from-scratch approach and a deep-seated affinity for farm-fresh fruits, according to a press release.

The Royal serves shaved ice cocktails to beat the heat

To beat the current heatwave, The Royal, 501 Florida Ave. NW, has introduced a menu of boozy shaved ice cocktails. Churned from the bar’s vintage Guatemalan ice shaver, the four fruit slushies are inspired by classics like the Negroni and sangria ranging from $8-$11 each. 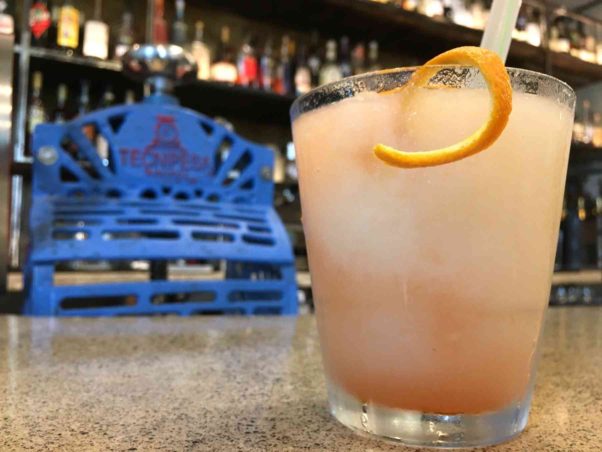 The slushies include the Arctic Sunrise with vodka, lychee, Cappelletti and lime; the tiki-inspired Trade Winds with dark rum, pineapple, lime and cinnamon; Sangria made with wine, brandy, fruit and spices; and the Negronicello, a citrusy spin on the classic Negroni with Campari, Dolin Dry vermouth and limoncello. They will be available through the summer. Classic cocktails are also available on shaved ice by request. 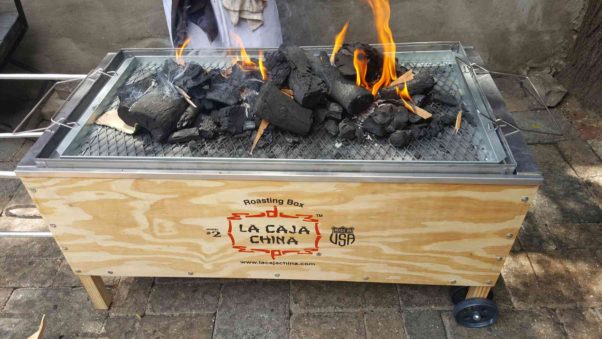 La Caja China is a preparation method for cooking a half or whole pig. The wooden roaster was created in 1985 when the founder’s family was seeking a quick, more efficient way to barbecue. After reminiscing about a long wooden box used to cook pigs in Cuba, the family decided to create their own model.

The endless buffet will include Mexican comfort food such as whole suckling pig roasted in La Caja China, which will be broken down and incorporated into tacos or served over rice. Other dishes include chicken fajitas; guacamole and salsa with chips; quesadillas; and braised beef taquitos.

The summer BBQ series will be available for dinner from 5-11 p.m. on the last Sunday of the month through September on the 55-seat patio. Others will be held on Aug. 28 and Sept.25. It includes one free drink.

The D.C. Craft Bartenders Guild may have cancelled its annual Rickey competition that was scheduled for Sunday afternoon, but Jack Rose Saloon, 2007 18th St. NW, which was to host the event, will hold its own competition instead. 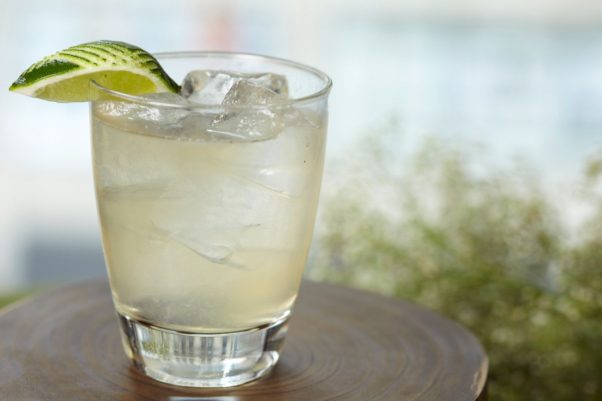 On Sunday, July 31, from 4-8 p.m., Jack Rose will host Rickey at the Rose with eight of Jack Rose and Dram & Grain’s bartenders competing to create the best Rickey using Edinburgh gin or Bulleit bourbon in its Saloon Bar and Rooftop Terrace. Bartenders Frank Mills, Megan Shaff, Brittney Roberson, Denise Jauregui, Mikey Barton, Christian Madsen, Andy Bixby and Jordan Leverett will compete for first and second place, which are trips to the Bar Institute in Miami next month.

The party is open to the public and free to attend. The Rickeys will be $10 each and there will be free passed bites from 4-6 p.m. 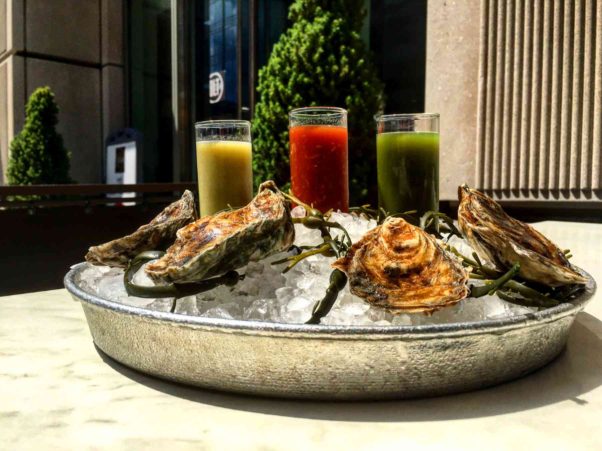 From Aug. 1-5, the oyster shooter menu will feature three hand-crafted shooters for $10 each during dinner service at the bar only. In addition to its half-dozen and full-dozen Chesapeake Bay oyster offerings from the raw bar, the restaurant will also serve a trio of poké-topped Rappahannock oysters from the newly launched bar menu.

The three oyster shooter variations include the BLT oyster shooter made with bacon-infused vodka, watercress and tomato water; the Mean Green Machine with chili and horseradish-infused vodka and spicy tomatillo mix with a spiced rim; and the Red Hot and Spicy with dill aquavit, house-made bloody mary mix and a celery chaser. 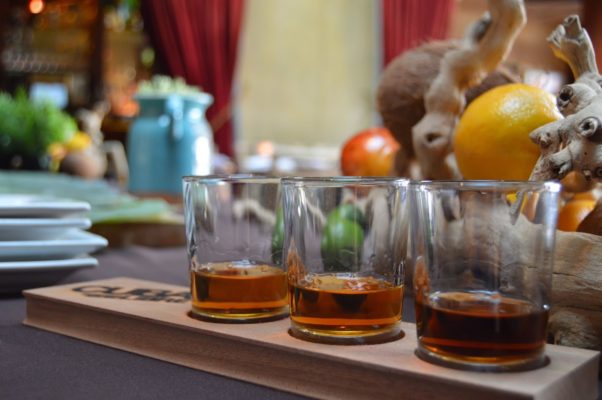 From Aug. 1-31, Cuba Libre will offer two new rum flights: Don Q Flight and a Tour of the Dark Side of Rum Flight featuring one-ounce pours of three rums, priced at $16 each.

On Aug. 16, the restaurant’s collection of rums will be half price in the 50-seat bar/lounge from 5-7 p.m. during happy hour. With more than 90 premium and flavored varieties from Guyana, Haiti, Nicaragua and Tortola, rums are priced between $8 and $84 per shot. 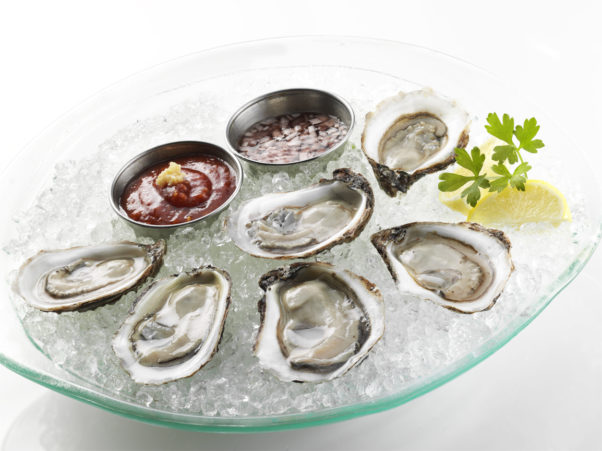 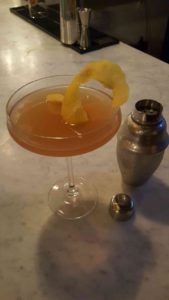 Macon Bistro & Larder, 5520 Connecticut Ave. NW, will serve three cocktails featuring the popular Brazilian spirit, cachaça, to coincide with the 2016 Summer Olympics in Rio De Janeiro, Brazil. The drinks will be available from Aug. 5-21 during dinner service and are price from $14-$15 each.

Cachaça, a distilled spirit made from sugarcane juice, is the most popular distilled alcoholic beverage in Brazil. Like rum, cachaça has two varieties, un-aged white and aged gold. White cachaça is usually bottled immediately after being distilled, while dark cachaça is aged in wood barrels.

Macon’s cachaça cocktails include the No Right Angles made with Avua Prata cachaça rested in stainless steel casks and hand bottled, basil, lime, absinthe, sparkling wine and Peychaud bitters/ the Blonde Mahogany made with Avua Amburana cachaça aged two year in wood casks, Cointreau, Velvet Falernum, Lillet Blanc, muddled oranges and mint, honey and barrel aged orange bitters topped with soda water; and Lighting the Torch with Avua oak Cachaça aged up to two years in French oak casks, Traverse City bourbon, Jack Rudy grenadine, pineapple juice and Fee Brothers lemon bitters. Green Chartreuse is poured into a tall martini glass and a chartreuse lemon peel is lit on fire table side and extinguished with the cocktail being poured over it by the server.