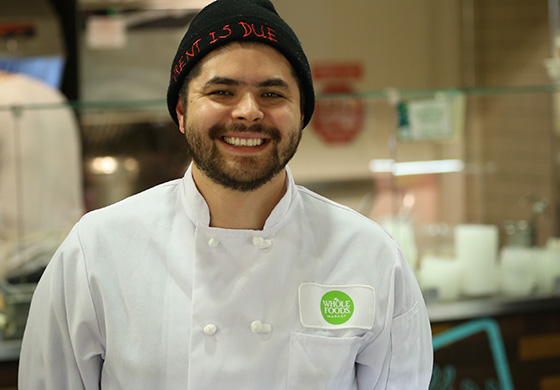 Erik Brunner-Yang’s former partners in Toki Underground have sued him claiming he used company fund’s to pay for sex toys and other items. (Photo: Whole Foods)

Yang, who now owns Maketto, 1351 H St. NE, Honeycomb grocer at Union Market and Paper Horse ramen bar in the Foggy Bottom and Pentagon City Whole Foods, initially sued his former partners on June 3 for allegedly attempting “to destroy his personal reputation and livelihood as a world-class restaurateur and chef,” of a campaign “to pressure and coerce” him into involving them in his other ventures and giving them family recipes and customer lists.

The partners denied his claims and say Yang used company money for a long list of personal items including purchasing liquor, movie tickets, jewelry and Valentine’s Day gifts, to pay parking tickets; to rent DVDs, to pay for dates and vacation resorts and make student-loan payments as well as pay for Uber rides to court and probation offices. The lawsuit also alleges that he used Toki Underground accounts to purchase equipment and supplies for Maketto on H Street NE and that there is a missing $114,000 from Toki’s stall in Union Market and $130,000 from events at Toki Underground.

“Yang fraudulently misrepresented that certain purchases and items he sought reimbursement for were Toki expenses, when in fact they were personal expenses and expenses for his competitive businesses,” the suit claims.

But Yang’s attorney told Washingtonian that all the expenditures were justified and directly related to the business.

But, Jetton and Goyal claim in their countersuit that Yang agreed in September 2015 to give 25 percent of all income from the hotel project to Toki Underground. The suit also says Yang spent $22,000 in Toki Underground funds to develop the project, including $10,000 as recently as March. Sydell allegedly reimbursed Yang $16,000 for these expenses and $45,000 in development fees, “which were never provided to Toki.”

The partners also contend that Paper Horse was originally a Toki business opportunity and that it, along with Maketto and Honey Comb violate the chef’s non-compete clause. But, Yang’s lawsuit claims he was released from the non-compete agreement after he was removed as a managing partner at Toki in September 2014.

Peter Chang will open Q by Peter Chang, an 8,000-square foot restaurant at 4500 East West Highway in Bethesda next year, after plans to open a flagship restaurant in Navy Yard fell through. 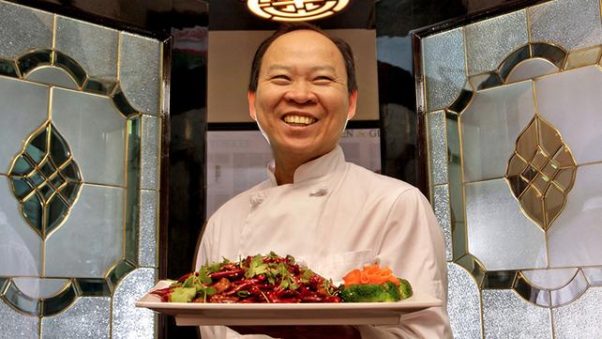 Chang hopes to open the restaurant, which will flagship restaurant serving Sichuan cuisine, in March or April after an extensive buildout. Chang will helm the kitchen at Q, which is short for Qijiang or flagship in Mandarin Chinese.

Q will focus on fine dining with dishes that aren’t found at the chef’s other restaurants. The menu will offer fewer options than the other locations, but favorites such as scallion bubble pancakes and dry fried eggplant will be included.

Chang, who a James Beard Award finalist for Best Chef: Mid-Atlantic this year and in 2010, has other restaurants Rockville, Arlington and five other Virginia cities.

Astro Doughnuts & Fried Chicken, 1308 G St. NW and 7511 Leesburg Pike, Falls church, has added a new seasonal flavor to their summer lineup: the made to order French toast doughnut is a yeast doughnut served with vanilla pastry cream and maple syrup, with optional peach compote on the side. 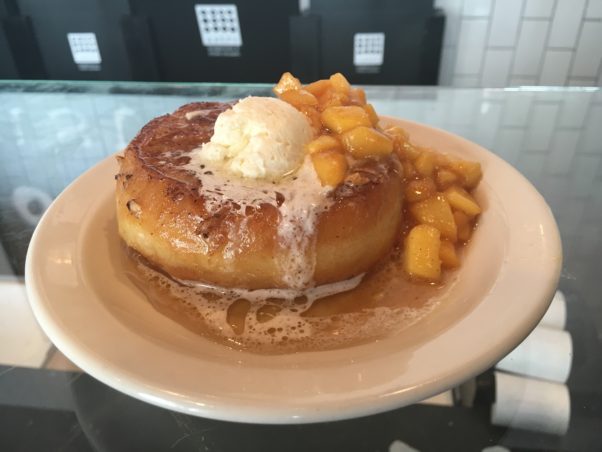 The kitchen dips a yeast doughnut into an egg wash made with milk, cinnamon, nutmeg, vanilla, orange and lime zest finishing it off on a flat top for a “French toast” inspired finish. The seasonal peach compote is made with sautéed local peaches, butter, brown sugar, cinnamon, ginger, honey and vanilla. 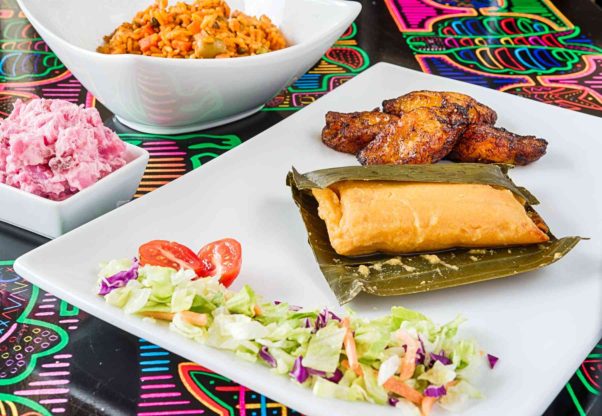 The party will feature chef and owner Yadira Stamp’s sábados de fritanga or guilty pleasure weekend menu, as well as live music and raffles. Two Panamanian DJs will be performing. Earl International will be spinning tunes from 11 a.m.-6 p.m. followed by DJ Rey Parker of 106.7 El Zol, who will be playing from 6-11 p.m.

Four raffle drawings will be held at 1 p.m., 4 p.m., 7 p.m. and 10 p.m. Raffles tickets will be given for every $10 spent on food and drinks. Raffle prizes include a six-pack Cerveza Panama; a bottle of Panamanian dark rum Ron Abuelo; a tostonera, a twice-fried green plantain maker; and a mola, a traditional Panamanian panel of fabric. Winners must be present. 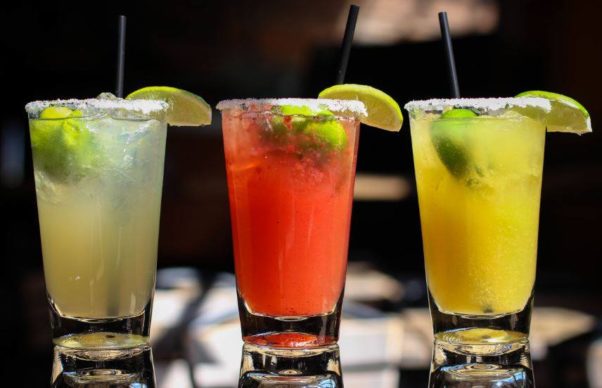 The restaurants will offer $5 drinks, including bottled beers, house red and white wine and signature cocktails such as the El Centro margarita with house-made strawberry and mango puree and spiked watermelon agua fresca. Also, diners can purchase a custom El Centro shot glass for $5 and get a free 1.5-ounce pour of Patrón XO Café.

El Centro’s tequilas, including blancos, reposados, anejos, premium, micro and infused options range from $8-$200. A vertical tasting is available for $25, which features tequilas made with different aging techniques. A horizontal tasting comparing three tequilas made by different distilleries ranges from $18-$32. A micro-tequila tasting is $35, and a premium tasting of three high-end tequilas is priced at $75.

Infused tequilas are also available, and include such flavors as strawberry-basil, watermelon and cucumber, pineapple and habanero, grilled pineapple, cilantro, tamarind, guava, rosemary, Granny Smith apple, and strawberry chile made with 100 percent agave tequila. A tasting of three of the house infused tequilas is $21. Frozen margaritas will also be available. Margaritas are $9 a glass, $22 for a half-carafe and $40 for a full carafe. 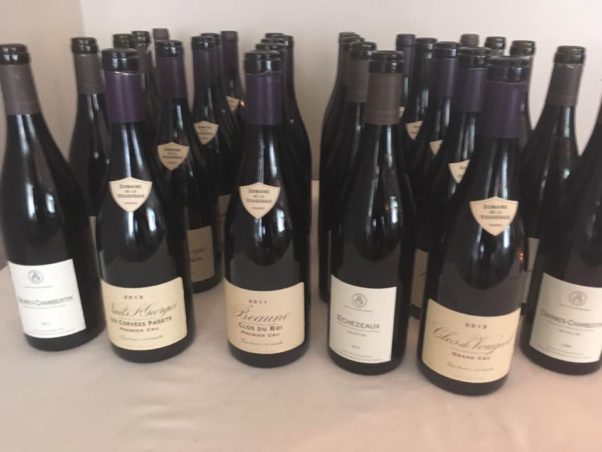 Marcel’s is offering half-price bottles of wine during Sunday brunch through the end of August. (Photo: Marcel’s/Facebook)

All the restaurant’s bottles of wine will be half-price including sparkling, rosés, whites and pinot noirs on Sundays from 11:30 a.m.-2 p.m.

As part of its monthly A Good Reason to Drink charity series, Bar Dupont at the Dupont Circle Hotel, 1500 New Hampshire Ave. NW, will raise funds for Food & Friends, a D.C. based non-profit that provides meals to people living with life-challenging illnesses, on Wednesday, July 27. 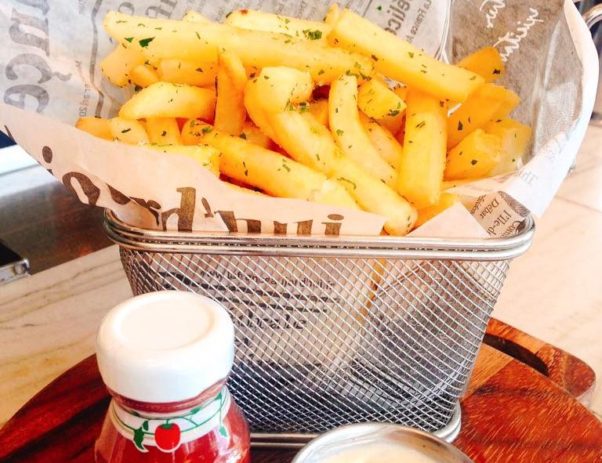 Bar Dupont will donate 15 percent of its sales on Wednesday to Food and Friends. (Photo: Bar Dupont/Facebook)

Beginning at 11 a.m., the restaurant will donate 15 percent of its proceeds from the day’s sales Food & Friends. In addition, there will be a special extended happy hour from 6-9 p.m., featuring live music from DJ Cuzzin B, food and drink specials. Happy hour specials include $5 drafts, select wines for $6 per glass and $7 specialty cocktails including Moscow Mules and Deconstructed Grapefruits with lemongrass vodka, St. Germain and San Pelligrino limonata. Happy Hour food specials are $5 and include lamb meatballs, spicy grilled shishito peppers, crispy Brussels sprouts and the bar’s Dupont fries with truffle aioli. 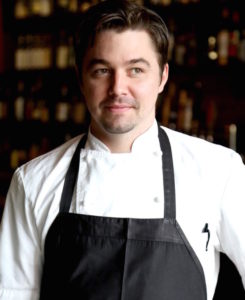 Executive chef Russell Jones is leaving Jack Rose Dining Saloon, 2007 18th St. NW, in mid-August. He’s moving back to his hometown of Columbia, S.C., to be closer to family and open his own restaurant.

Tallulah, Jones’ new French-meets-Southern restaurant named for his grandmother, is expected to open in November. It will serve medium-sized dishes, somewhere been tapas and full-course portions. Dishes will be offered in four categories representing different regions of the state: Low country seafood, Sandhills meat and poultry, Piedmont vegetables and Appalachia selections that are cured and pickled. Most plates will be priced from $10-$15.

Previously, Jones worked for PX, Restaurant Eve, Vinoteca, Busboys and Poets and Black’s Bar and Kitchen, among others. He’s been at Jack Rose a little over two years.

A replacement has not been named yet. 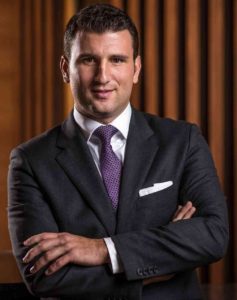 Paride Guerra is the new food and beverage director at The Hay-Adams. (Photo: Hay-Adams)

Paride Guerra is the new director of food and beverage for The Hay-Adams, 800 16th Str. NW.

A native of Switzerland, Guerra most recently served as the director of food and beverage for Como Hotels and Resorts’ five-star Point Yamu in Phuket, Thailand and The Treasury in Perth, Australia. Prior to that, he was the director of food and beverage for The Chedi Andermatt Hotel, Switzerland, a five-star property in the Swiss Alps where worked from 2013-2015 as part of the opening team.

He previously lived in the U.S. from 2009-2013, working in restaurants and hotels on both coasts including a year at The Beverly Wilshire in Beverly Hills where he served as manager at The Blvd Restaurant. Guerra also worked three years as outlets manager for the five-star Setai Hotel in Miami.

A 2004 graduate of Economics University Lugano, Guerra also earned a hotel management degree from the State Tourism and Hotel Management School in Bellinzona, Switzerland in 2008. While at the university he held management training positions in Malaysia, Dubai and Switzerland, before embarking on his career at the five-star Four Seasons Hotel Canary Wharf in London after graduation.