Researchers from The University of Texas Medical Branch at Galveston have found that women who take the birth control pill, which lessens and stabilizes estrogen levels, were less likely to suffer serious knee injuries, according to an article in Medicine & Science in Sports & Exercise, the journal of the American College of Sports Medicine. 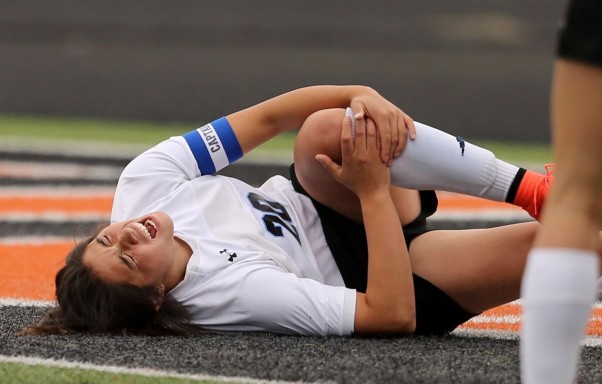 A study by researchers from The University of Texas Medical Branch at Galveston found women on the birth control pill are less likely to suffer ACL injuries. (Photo: The Soccer Mom Manual)

Female athletes are 1.5 to 2 times more likely than their male counterparts to injure their anterior cruciate ligament, or ACL. The ACL is a ligament that connects the top and bottom portions of the knee. Damage to this ligament is a serious athletic injury that can be career altering. Return-to-play rates after ACL injury are as low as 49 percent among soccer players. Also, this injury may lead to lifelong issues with knee instability, altered walking gait and early onset arthritis.

Using a national insurance claims and prescription database of 23,428 young women between 15- and 19-years-old, the study found that women with an ACL knee injury who were taking the birth control pill were less likely to need corrective surgery than women of the same age with ACL injuries who do not use the pill.

Researchers say that the female hormone estrogen could make women more vulnerable to ACL injury by weakening the ligament. A previous investigation found that more ACL injuries in women occur during the points of their menstrual cycle when estrogen levels are high.

“Birth control pills help maintain lower and more consistent levels of estrogen, which may prevent periodic ACL weakness,” said lead author and medical student Aaron Gray. “With this in mind, we examined whether oral contraceptive use protected against ACL injuries that require surgery in women.”

Women between 15-19 in need of ACL reconstructive surgery, the age group with the highest rates of ACL injuries by a wide margin, were 22 percent less likely to be using the birth control pill than non-injured women of the same age.

Gray said that puberty might explain the high number of ACL injury cases in young women of this age. During puberty, there is a sharp rise in estrogen levels as well as growth spurts in the legs. Following one of these growth spurts, it takes time for the adolescent to develop good coordination with their newly elongated limbs.

Article by the University of Texas Medical Branch