Burtons Grill & Bar, an upscale-casual chain featuring contemporary American cuisine is slated to open in the Hilltop Village Center at Telegraph Road and Beulah Street in Alexandria this March. 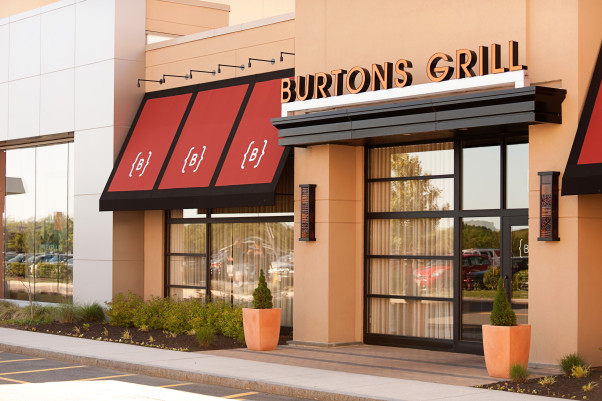 Burtons Grill & Bar is slated to open in March in Alexandria’s Hilltop Village Center near Wegman’s. This Burtons is in Peabody, Mass. (Photo: Boomerang)

The 6,200-square foot restaurant will have seat 168 people in the dining room seats and another 32 at the bar. An outdoor patio with fire table will also be available during the spring and summer months and can accommodate an additional 50 guests.

Burtons offers vegetarian and gluten sensitive menus, as well as a choosy kids menu, which uses the USDA’s newest guidelines for nutrition.

“Finding locations has been a challenge, but we will open two locations in Northern Virginia this year,” said CEO Kevin Herron. The chain will also open a restaurant in Sterling.

Dylyn Coolidge will be the executive chef in Alexandria. He has cooked at five-diamond hotels such as the Four Seasons Resort in Scottsdale, Ariz. and worked with James Beard award-winning chef Todd English’s Kingfish Restaurant. In December 2008, he become head chef at Commissary, part of the EatWell DC group. Then in April 2011, Coolidge become executive chef at the Beacon Hotel, overseeing the culinary program for the Beacon Bar and Grill and the rooftop Sky Bar, as well as their banquet operations.

Burtons will serve traditional American fare along with a sampling of chef-driven dishes. Dishes include a selection of small plates, created plancha-style on the grill or in the restaurant’s fire-burning oven. There will also be sandwiches ranging from $12.95-$16.95 and entrées priced from $13.95-$36.95.

The bar program will include a wine list emphasizing the major regions of the world with 47 wines available by the bottle ranging from $24-$90 and 19 by the glass from $7-$12. There will be 12 beers available on draft and by the bottle. There will also be 15 specialty cocktails priced from $9-$12 each.

Neimitz Design Group is designing the space, which is centered around a 32-seat island bar made of stone and wood and an open kitchen. The interior will feature natural, dark-stained oak floors, walnut walls, a granite bar top and man made materials such as glazed brick columns, plush carpeting and encaustic tile in deep browns and blues accented by taupe.

The Bird coming to Shaw this summer

We told you previously that EatWell DC, which also owns Logan Tavern, Grillfish, Commissary and The Pig, would be opening The Bird, a poultry-centric restaurant at 1337 11th St. NW in Shaw. Now we have more details.

The Bird will be a “beak to toDaasdfdfdffe” restaurant, showcasing poultry from local producers and vegetables from EatWell DC’s farm in La Plata. The bar will feature craft cocktails and soft drinks, regional and international beers as well as wines from eco-conscious producers worldwide.

The 3,100-square foot restaurant will have about 75 seats and 11 bar stools inside, on two levels and additional outdoor seating on both the street level and second floor terrace. It will have six different spaces and each space, as well as the bathrooms, will be designed differently from the rest by local artists and craftsmen. It is in the same building where EatWell owner David Winer and partner Peter Eskra live.

Culinary director Michael Bonk, who heads up kitchen at The Pig, designed the menu. He intends to serve only ethically treated and natural products — all local and farm fresh. The menu is inspired by poultry dishes from all over the world using chicken and capon, duck, quail, turkey, squab, grouse, goose and ostrich and all of their parts. The menu will change seasonally.

The Bird will serve weekend brunch as well as dinner nightly and a special early evening bar menu daily. It is expected to open in late summer.

The menu includes classic American brunch staples along with items influenced by Mexican food cultures and dishes topped with house-smoked meats. Dishes include hash with a choice of brisket, pulled pork or mushroom served with potatoes, onions and green peppers topped with eggs any style; huevos rancheros with the choice of brisket or pulled pork served on a fried corn tortilla with pinto beans, queso, poached or fried eggs, salsa verde, salsa roja, cilantro and scallions; shrimp and grits with onions, garlic, peppers, wine and scallions; a Monte Cristo sandwich with the choice of brisket or pulled pork served with French toast and cheddar cheese; biscuits with sausage or mushroom gravy; a veggie burger made with quinoa, chickpeas, wheat berries, porcini and shiitake mushrooms topped with a fried egg; and a fried chicken sandwich with FreeBird organic chicken breast soaked in buttermilk and hot sauce, deep fried and served with coleslaw and Sriracha pickles.

Top off brunch with a classic or mango mimosa; bellini with prosecco and peach nectar; sparkling julep with bourbon, mint, simple syrup and prosecco; the Spicy Meatball, a spicy bloody Mary with beef stock; or a Not So Spicy Bloody Mary. Cocktails are $5-$7.

Bourbon Steak at the Four Seasons Hotel, 2800 Pennsylvania Ave. NW, is popping open bottles of Old Forester’s Limited Edition 2015 Birthday Bourbon and pairing it with winter-spiced doughnuts with ginger-poached apples, cider sorbet and black pepper gastrique. The exclusive pairing began Friday and will last until the bourbon is gone. 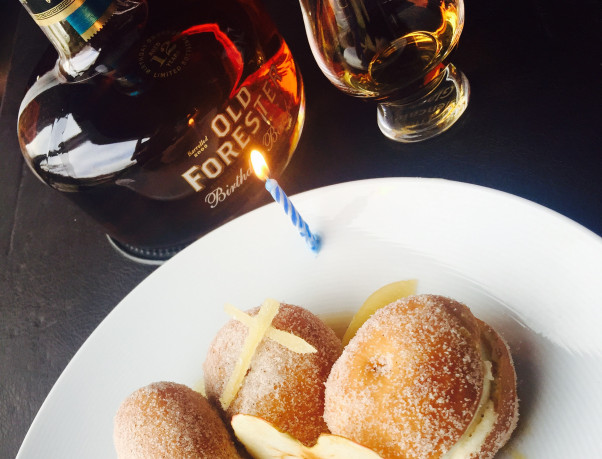 Old Forester releases a limited edition, 12-year old vintage-dated bourbon once a year to pay tribute to founder George Garvin Brown on his birthday. Only 60 bottles were sent to the District, and Bourbon Steak has two of them.

With a taste of warm mulled spice and nutty notes and a touch of honey, the Birthday Bourbon and doughnuts are $39. The bourbon can also be purchased separately. 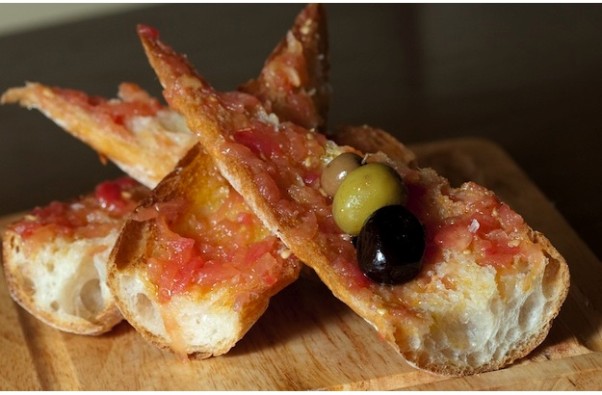 Boqueria is offering unlimited drinks and tapas including its pan con tomate for $45 during the remaining presidential debates. (Photo: Boqueria).

Jack Rose Dining Saloon, 2007 18th St. NW, will host a backyard BBQ-themed tailgate on the Terrace during the NFL playoffs. 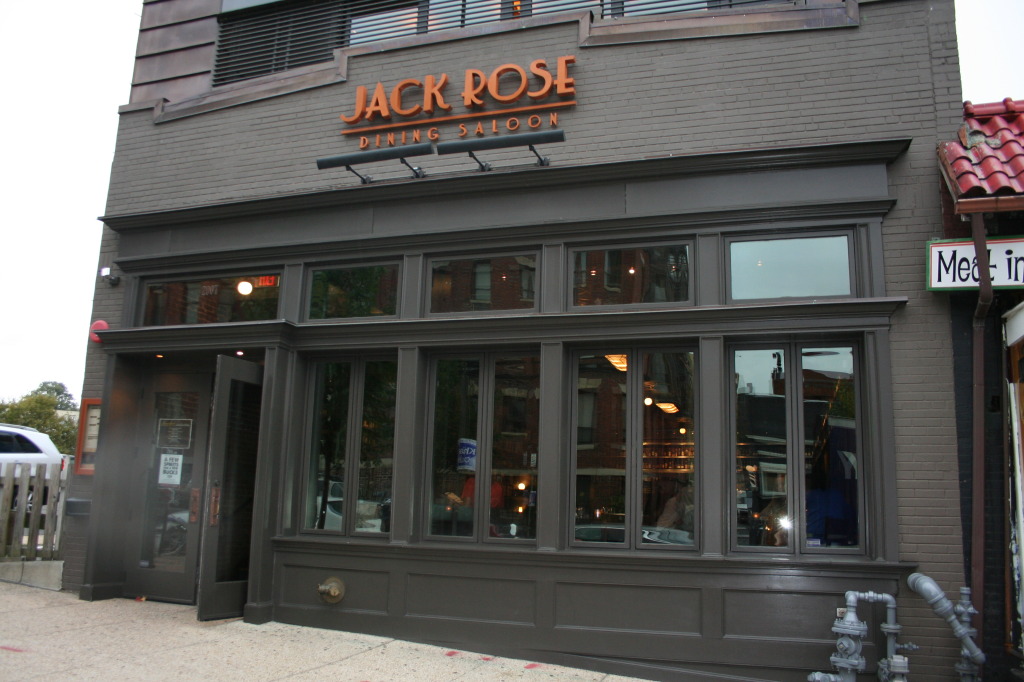 Backyard cookout-inspired food will also be available including crispy chicken skins and fried mac and cheese with truffle mayo are both $5; chips, guacamole and salsais $6; sweet and spicy pork belly bites are $8; and smoked whiskey wings and the Carolina Gold BBQ chicken sandwich are both $9 each. 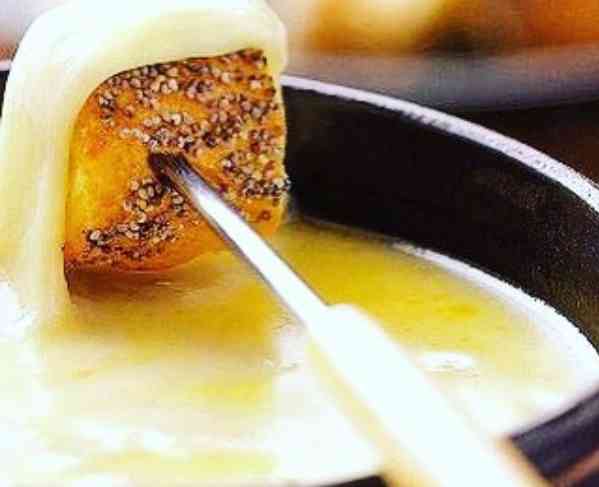 Garrison is serving a Winter Cheese Fondue Pop-Up on its patio and in its front bar Tuesday-Thursday.
(Photo: Garrison)

Available Tuesday through Thursday only, there will be a Cheese Fondue Winter Pop-up available on the patio and in the front bar. Diners can enjoy a traditional Alpine fondue served with bread cubes for $18 per person. Seasonal add-ons including heirloom apples, rutabagas, turnips, radishes, boiled potatoes, hanger steak tips and the restaurant’s gougeres are available for an extra $4-$10 per serving.

On Sunday nights, diners can reserve a suckling pig or goat, which can be custom roasted for parties of six to 10 people for $65 per person. The roast is served family style with complementary sides including macaroni and cheese, baked heirloom apples, sauerkraut and a seasonal fruit cobbler to share. For an additional $10 per person, a custom punch or batched cocktail can be added. 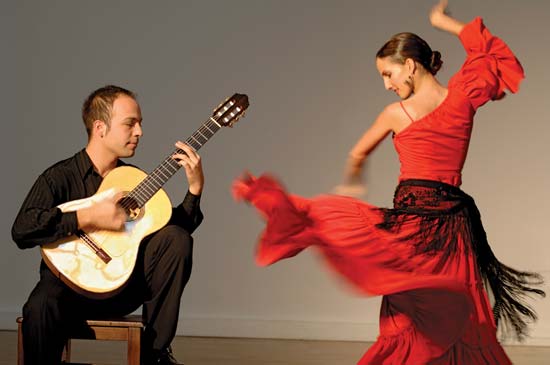 Literally translating to red wine and guitars, Tintos y Guitarras brings back the tradition of dinner and a show, showcasing the rhythmic sounds of Spanish guitar and flamenco, alongside interesting wines from Rioja, Castilla and beyond. Flamenco, a performance art form native to southern Spain, brings together traditional guitar playing, singing and dancing, characterized by its rhythmic foot-stomping, handclapping and expressive body movements.

Diners can reserve a table for $5 per person, which gets them a front-row seat to the show and a rotating selection of complimentary Spanish snacks, which might include marinated olives and pan con tomate or patatas bravas and croquettes. Guests can also order off the regular dinner menu and eat during the show.

Spanish wines by-the-bottle will be priced at $25, as are pitchers of sparkling sangria. Spanish sherry will be offered at $6-$9 a glass. Spanish wine- and aperitif-based cocktails will be $6-$7.

The evening’s entertainment will be provided by flamenco musicians, guitarist Richard Marlow and singer José Oretea, who will perform Gipsy Kings-style rumbas with dancer Sara Jerez.

Blue Duck Tavern in the Park Hyatt Washington, 1201 24th St. NW, will feature rare magnums by the glass, with four-ounce pours available until each bottle empty every Tuesday beginning at 5:30 p.m. as part of its weekly Blue Duck Uncorked wine program. 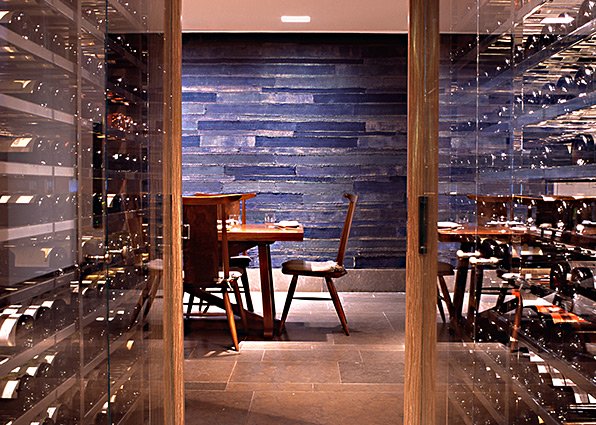 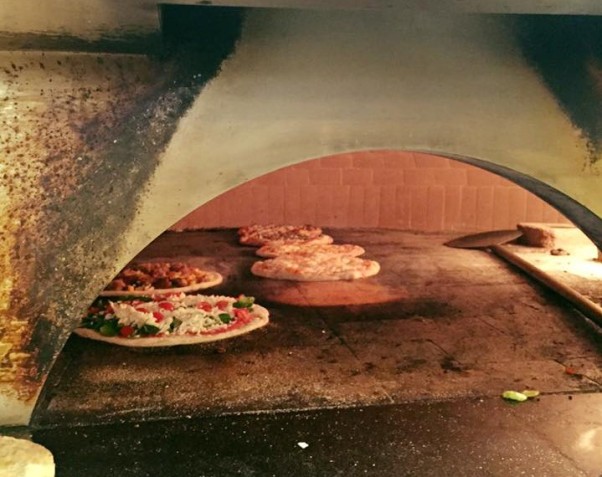 Veloce has increased the size of its pizzas from 8 to 10 inches. (Photo: Veloce/Facebook)