The bakery will feature Praline’s signature breakfast pastries, cookies, Parisian macarons, cakes, tarts, pound cakes, celebration cakes, breads and pastries, all created and baked onsite. There will be seating inside and outside to eat the bakery’s freshly baked goods as well as a variety of daily sandwiches, breads, quiches and salads available to eat in or take out.

Praline Bakery plans to open at the Mosaic Farmer’s Market this coming spring, offering a preview of its confections. 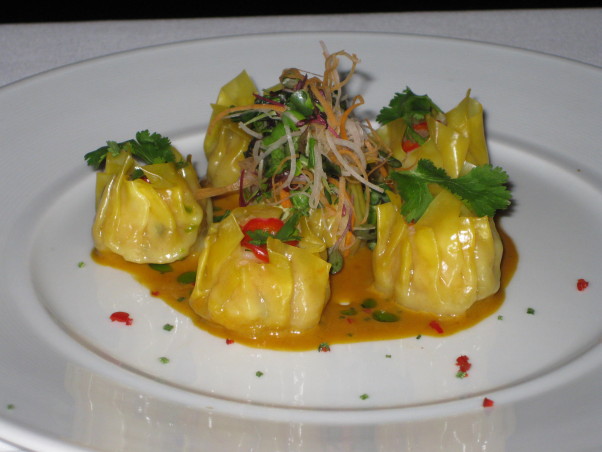 Dumpling Monday at The Source include all the dumplings including this traditional steamed shrimp and scallop siu mai with house-made XO paste on the menu for $5. (Photo: Mary Bloch)

Daily happy hour special begin with Dumpling Mondays, when all 10 dumplings on the menu are available for $5 from 4 p.m.-close in the lounge. Dumplings range from the traditional steamed shrimp and scallop siu mai with house-made XO paste and pork and shrimp potstickers with sesame garlic sauce to the spicy chili “Dan Dan” chicken dumplings with roasted peanuts and Sichuan pepper and smoked beef wontons made with the restaurant’s 20-hour hot pot broth. Tiki Tuesday features dishes from the Pacific rim, such as roast pork bao with wok fired pineapple, tuna poke and tropical drinks such as The Dragonfly made with dark rum, pineapple and orange. Wednesday is Wok and Wine, with half price wok items and Wolfgang Puck white wines. Thursday is BBQ day with BBQ items and Sazeracs are half price and on Fish Fridays, all sushi rolls and sake by the glass are half price. Happy hour drink specials are available Monday through Friday, from 4-7 p.m.

Overlooking the newly installed open kitchen in the lounge, a two-seat chef’s counter allows guests to watch the chefs with a 16-course tasting menu prepared in front of them. The menu changes daily and focuses on seasonal test kitchen style dishes featuring raw fish, dumplings, noodles and more. Wine pairings from the restaurant’s list accompany each course.

Macon Bistro toasts the season with Crémants and Champagnes 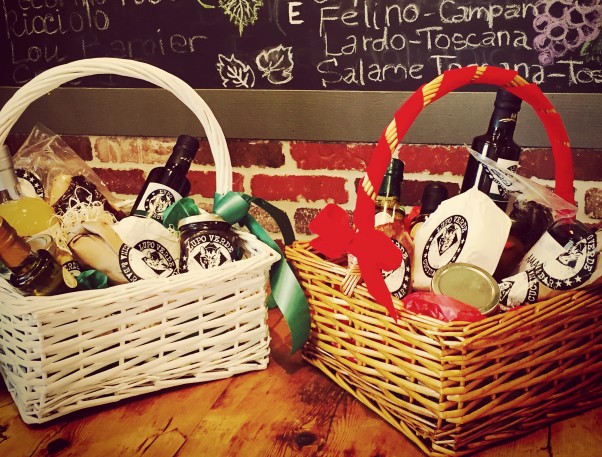 Shoppers can choose a pre-packed basket, or customize their own. Each pre-packaged basket includes house-made marmalade, black truffles, artisanal pasta, house-made ragù, a bottle of Amarone della Valpolicella; Italian olive oil; Don Ciccio and Figli products, as well as cured meats and cheeses from Lupo Verde’s cheese shop. Baskets can be purchased at the restaurant, and are priced from $60-$200.

Blue Duck Tavern at the Park Hyatt Washington, 1201 24th St. NW, will host the next Park Hyatt Mini-Masters of Food, a seasonal culinary experience for young chefs from 3-4:30 p.m. on Saturday, Dec. 5. 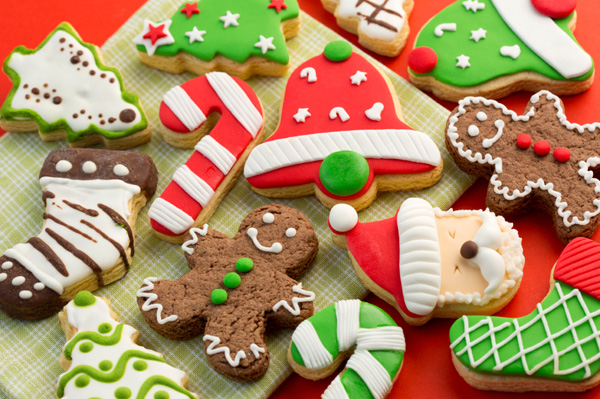 Young chefs between the ages of six and 12 can don an apron and hat for the hands-on cookie decorating class with new pastry chef David Collier. At the end of the session, participants will have learned new tips and techniques to use for the upcoming holiday season. The class is $35 per child. Tickets can be purchased online. 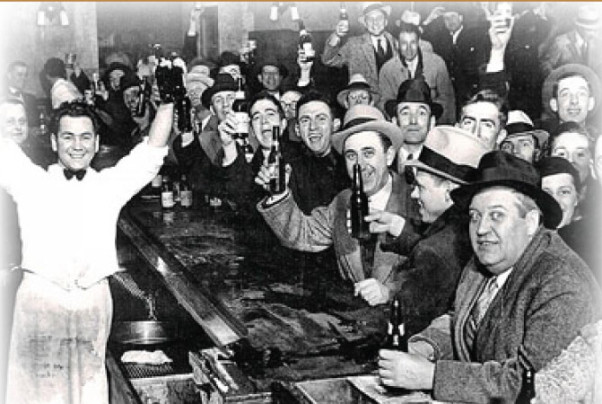 The restaurant’s selection of 100-year-old whiskeys distilled between 1910 and 1930, such as the Sam Thompson Pennsylvania rye and Melvin L. Emerlich straight whiskey, both distilled in 1917, along with Monticello American Whiskey from Baltimore and Old Overholt made in the 1930s while they were still distilling in Pennsylvania will be offered at a deep discount of $35-$50 per ounce from the regular price of $100 per ounce.

The kitchen will offer a special five-course Repeal Day tasting menu in the dining saloon, including an oyster and Champagne gratin, Broken Arrow Ranch venison loin with grits and onion marmalade, and homemade Kentucky butter cake. The five-course meal is $60 per person.

Cocktail den Dram & Grain, housed in the basement’s hidden whiskey cellar, will be converted into a 30s-style speakeasy complete with historic bourbons and rye whiskeys featuring classic vintage cocktails and jazz. The saloon will also pour classic cocktails, while the heated rooftop terrace will pour classic tipples like Sazerac and Mamie Taylor.

Burlesque dancers throughout the evening while cigarette girls will offer a selection of specially priced cigars. The upstairs balcony room will pour bottomless bubbles for only $20 all night. And for those who stick around until midnight, complimentary midnight snacks will be passed.

Guests are encouraged to dress in flapper dresses and swanky suits, donning Prohibition-era attire for a chance to win a reservation and cocktails for two at Dram & Grain. Admission is free.

Bourbon Steak at the Four Seasons Hotel, 2800 Pennsylvania Ave. NW, will offer a bourbon and steak tasting will offer a curated anthology of rare small-batch bourbons paired with a selection of dry-aged beef in three weights from 18-40 ounces beginning on Repeal Day, Dec. 5. 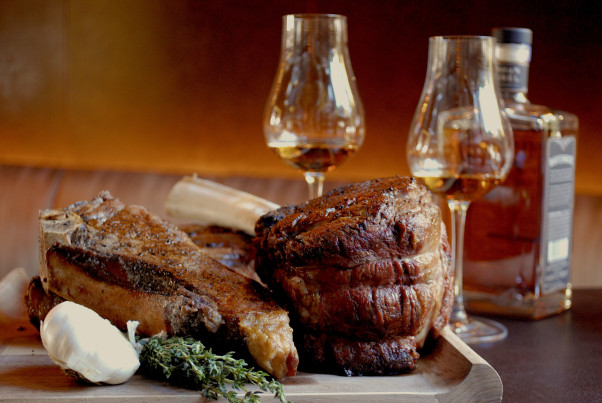 The beef is sourced from Shenandoah cattle and aged for up to 35 days on the bone. A trio of cuts such as the 18-ounce bone-in New York strip, 28-ounce bone-in rib-eye and 40-ounce bone-in tomahawk is available for $276.

The bourbons are handpicked from rare, small-batch distillers with trios such as 17-year Eagle Rare, 20-year Orphan Barrel Barterhouse and 23-year Elijah Craig. The trio of bourbon is $52.