After a bad night’s sleep, you are not likely to be in the best of moods. But according to a new study led by Johns Hopkins Medicine, your bad mood may be due to lack of quality sleep, rather than not getting enough sleep. 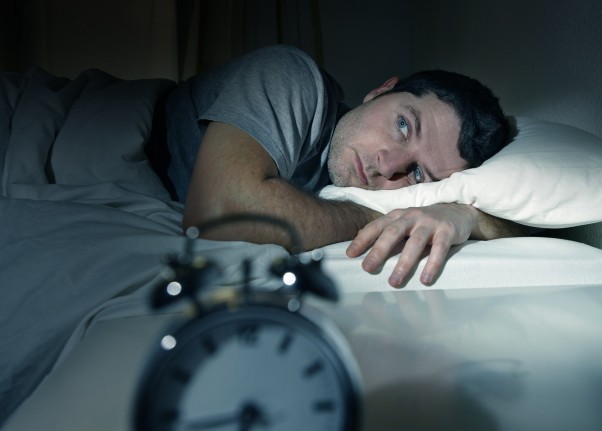 A study by Johns Hopkins Medicine found that lack of quality sleep puts you in a worse mood than not getting enough sleep. (Photo: Fotolia)

Published in the Nov. 1 issue of the journal Sleep, they study of 62 healthy men and women separated the subjects into three groups: one group had uninterrupted sleep each night, one group had delayed bedtimes, while the third group was deliberately awakened eight times each night. Those whose sleep was frequently interrupted for three nights in a row reported worse mood than those who had less sleep due to later bedtimes or uninterrupted sleep.

Both those who were awakened throughout the night and those who went to bed late showed similar bad moods after the first night. But after the second night, those awakened throughout the night had a 31 percent reduction in positive mood while those who got less, but uninterrupted sleep only reported a 12 percent reduction. The report said there were no significant differences in negative mood between the delayed sleep group and uninterrupted sleep group on any of the three days, indicating that interrupted sleep has a more adverse impact on positive mood.

“When your sleep is disrupted throughout the night, you don’t have the opportunity to progress through the sleep stages to get the amount of slow-wave sleep that is key to the feeling of restoration,” said lead author Patrick Finan, an assistant professor of psychiatry and behavioral sciences at the Johns Hopkins University School of Medicine.

The sleep stages of each subject were monitored using polysomnography, which records brain waves, blood oxygen levels, breathing, heart rate and eye and leg movements during sleep. At the end of each night, participants were asked to report how strongly they felt positive or negative emotions, such as anger or cheerfulness, which the researchers assessed to determine their mood.

Compared with the delayed bedtime group, the group forced to wake up had shorter periods of slow-wave, or deep, sleep. The lack of sufficient slow-wave sleep had a statistically significant correlation with the reduction in positive mood, researchers said. They also found that interrupted sleep affected different areas of positive mood; it reduced not only energy levels, but also feelings of sympathy and friendliness.

People who woke up frequently throughout the night reported being in a worse mood after just two nights than those who got less uninterrupted sleep or a full night’s sleep. (Photo: Shutterstock)

Although the study was conducted on healthy subjects with generally normal sleep experiences, Finan said the results are likely to apply to those who suffer from insomnia. Frequent wakening throughout the night is common among new parents and on-call health care workers, he said. It is also one of the most common symptoms among people with insomnia, who make up an estimated 10 percent of the U.S. adult population.

“Many individuals with insomnia achieve sleep in fits and starts throughout the night, and they don’t have the experience of restorative sleep,” Finan said.

Finan said the study also suggests that the effects of interrupted sleep on positive mood can be cumulative, since the differences emerged after the second night and continued the day after the third night of the study. “You can imagine the hard time people with chronic sleep disorders have after repeatedly not reaching deep sleep,” Finan said.

However, he noted, further studies are needed to learn more about sleep stages in people with insomnia and the role played by a night of uninterrupted sleep.

According to the National Sleep Foundation, adults aged 18-64 should get get 7-9 hours of sleep each night, while those aged 65 and older should get 7-8 hours of sleep nightly. The Foundation says getting enough sleep helps boost the immune system, productivity and mood.