School Lunches Are Getting Healthier

The amount of whole grains and fresh fruits and vegetables offered in school meals is up and sodium is down, according to a Centers for Disease Control and Prevention report released last week.

“Schools play a critical role in demonstrating and reinforcing healthy eating behaviors by making sure that nutritious and appealing foods and beverages are available and promoted to students,” Caitlin Merlo, the study’s lead author and a CDC health scientist, said in a statement.

Researchers compared data from 2000, 2006 and 2014 to determine how well U.S. schools are implementing nutrition standards issued by the U.S. Department of Agriculture in 2012. The standards require serving more fruits, vegetables and whole grains, and gradually reducing sodium over 10 years. Nutrition standards also impact foods sold during the school day. 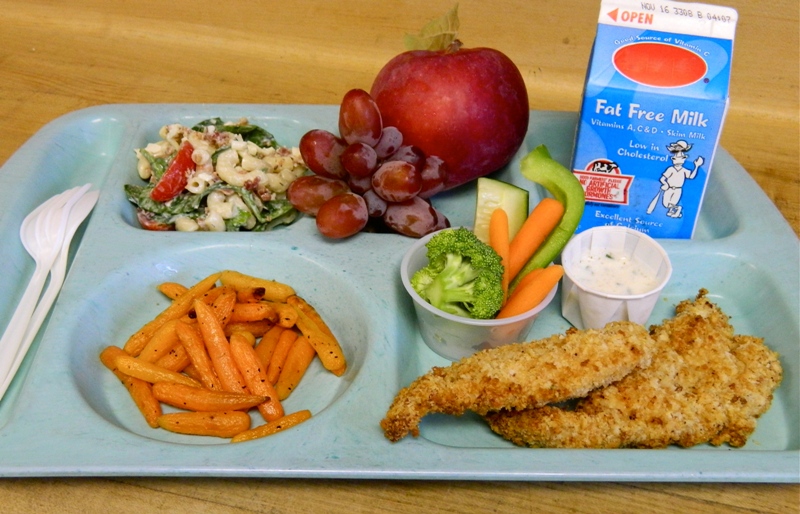 “We hope Congress pays close attention to these findings, because it’s clear from this new CDC study that the dedicated food service professionals in our nation’s schools are working hard every day to keep our kids healthy,” said American Heart Association CEO Nancy Brown. “If we continue to teach our kids to eat nutritious foods early on, we can protect them from a lifelong struggle with cardiovascular disease or even an early death. On this point, there is no flexibility.”

Article by Voices for Healthy Kids