Launch Pad is a project to identify and launch a promising new culinary concept. The process began with 18 entries, chef and judge Ris Lacoste told DC on Heels. That field was whittled down to 10 then to the final five, who presented their concepts and food samples at Union Market’s Dock 5 on Sunday. Joining Lacoste on the judges panel were Al Goldberg, founder of Mess Hall; Patrick O’Connell, owner and chef at the Inn at Little Washington; Aaron Silverman, owner and chef Rose’s Luxury; Katsuya Fukushima, chef and partner at Daikaya; Nora Poullian, chef and owner of Restaurant Nora; and David Hall, a partner at Revolution Ventures, an investment firm.

Mason Dixie Buscuit Co. won the 2014 Launch Pad competition. It opened in December and has already expanded to Baltimore and Charlotte, N.C.

Arepa Zone, which is owned by Gabriela Febres and fiancé Ali Arellano, opened its food truck 1 1/2 years ago. It serves authentic Venezuelan cuisine including 13 kinds of arepas, a grilled corn patty stuffed with meats, cheeses and other fillings, cachapas, a sweet corn pancake filled with cheese or cheese and meat, and tequeños, fried Venezuelan cheese sticks serving with AZ dipping sauce – a yummy garlic-cilantro sauce. It also serves desserts like rice pudding and flan, and Venezuelan sodas.

During a breakfast for the media, judges and investors in June, Febres told DC on Heels that the menu at Union Market would be the same as the food truck, which was voted Best New Food Truck and Food Truck of the Year at the 2014 Curbside Cookoff Food Truck Awards. “Its already proven successful, although we may add additional fillings,” she said. The two started Arepa Zone because there was “no places to eat authentic Venezuelan food” in the DMV. 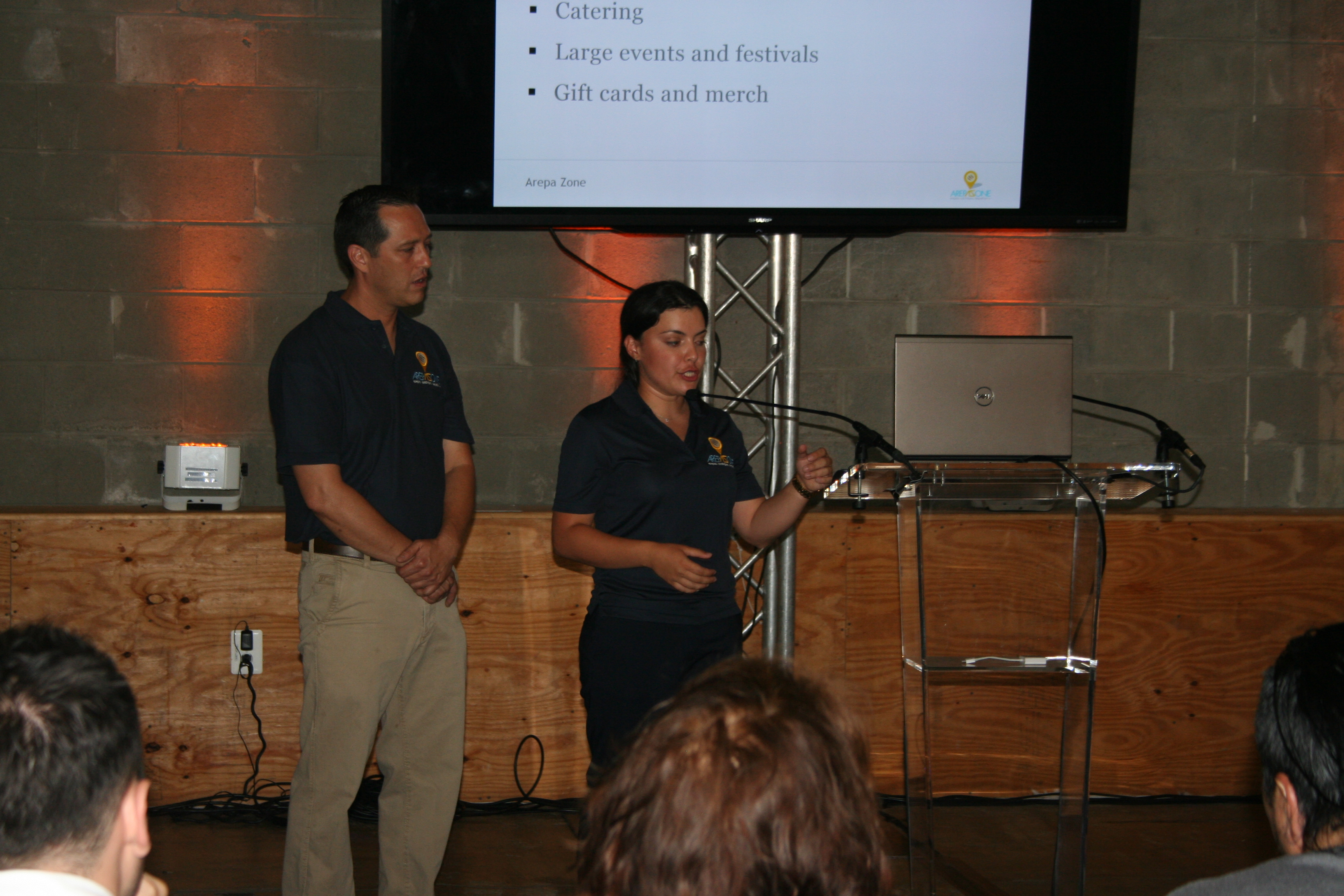 Febres and Arellano met when he was a distributor of Central American products and worked at the Venezuelan embassy. They currently prepare their food in a commercial kitchen in Sterling, Va., but are building their own 2,200-square-foot kitchen in in Fairfax, where the food for the truck and stall will be prepared and delivered to Union Market daily to cook and finish. Dishes will cost from $6-$8.50 Febres told the judges. They hope to add a second food truck and a brick and mortar restaurant in the future.

Prior to presenting their businesses to the judges, the finalists had access to advisors such as Top Chef Spike Mendelsohn of Good Stuff Eatery, We the Pizza and Bearnaise; Mike Lenard of Takorean; Danielle Vogal of Glen’s Garden Market; Terrell Danley of D.C. Central Kitchen; and Richie Bradenburg, director of culinary strategy for Edens, which owns Union Market.

The other finalists in this year’s Launch Pad competition were: 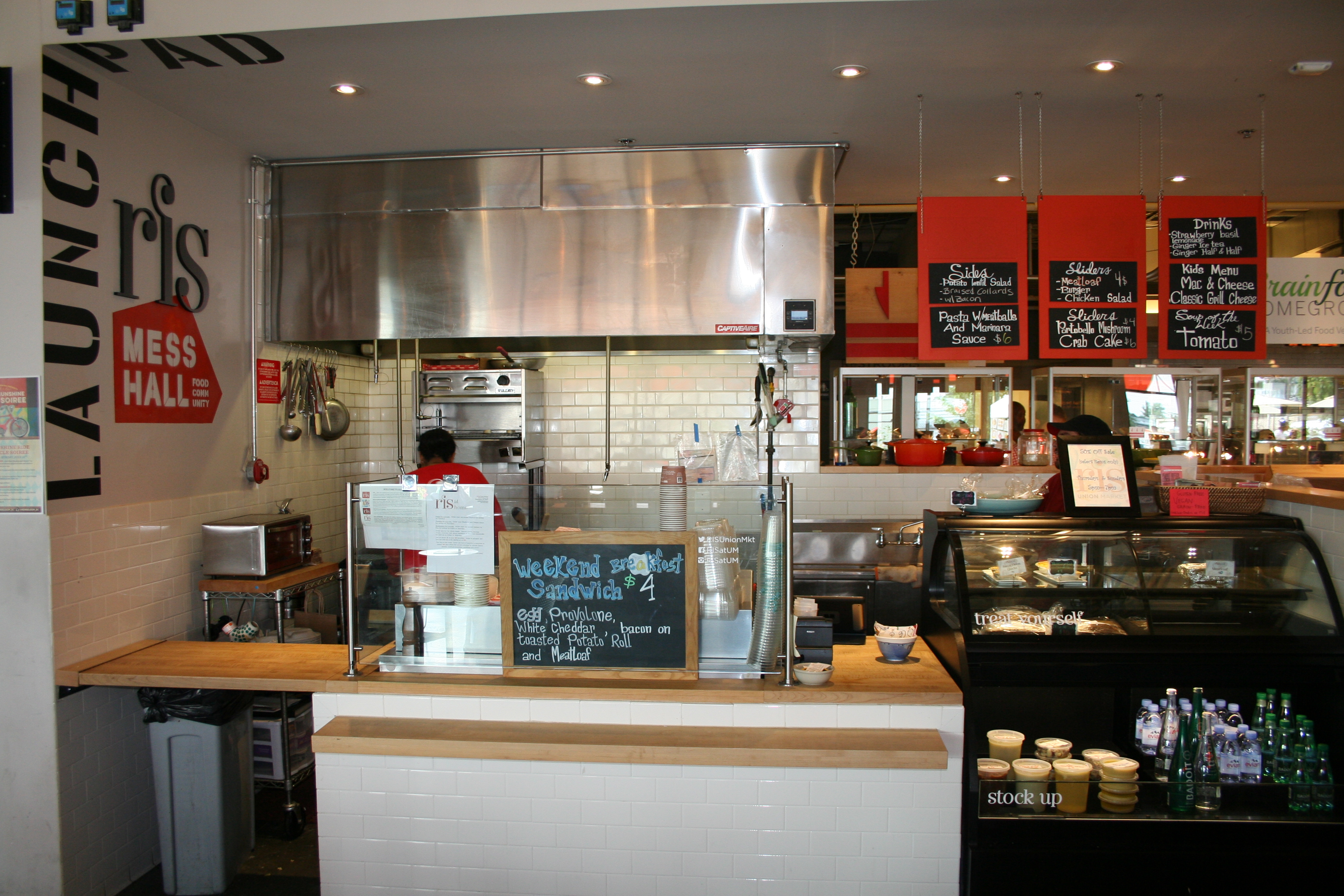 Arepa Zone will take over Ris’ stall in Union Market and open on Aug. 31. (Photo: Mark Heckathorn/DC on Heels)

In addition to the stall at Union Market, Arepa Zone also won a free membership to Mess Hall culinary incubator, mentorship from Lacoste and introductions to investors.