Centrolina Opens in CityCenterDC on June 1

Chef Amy Brandwein will open Centrolina, her new Italian restaurant at 974 Palmer Alley NW in CityCenterDC on June 1. The attached market will open May 26. 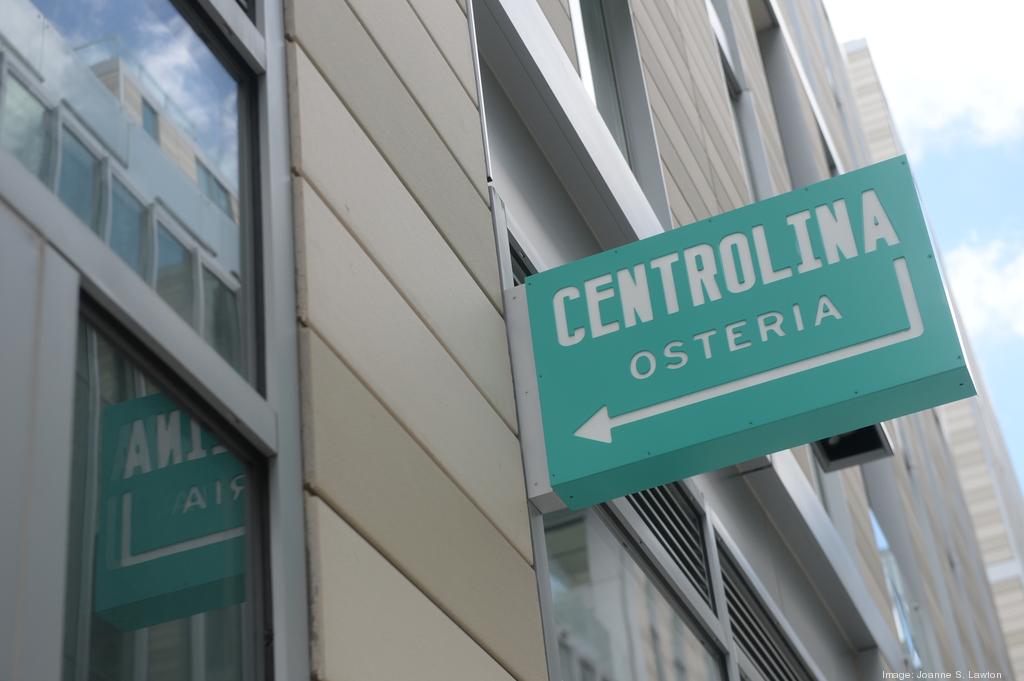 Centrolina’s market will open May 26 and the restaurant on June 1. (Photo: Joanne S. Lawton)

The 4,075 square-foot osteria will seat 48 in the dining room, 15 at the bar and 32 on the outdoor patio. It will be open daily for lunch and dinner, as well as weekend brunch. It will feature a rotating menu of about 15 seasonal dishes including antipasti courses such as wood-roasted octopus suffocate or burrata with market-vegetables agrodolce. Pasta dishes will include pappardelle lamb ragu and chiancarelle with turnip greens and tuna. A legna courses will showcase wood-fired fish and meat like poletto (young chicken) with crostini and pan drippings, and tuna with roasted bone marrow and snap peas.

The beverage program will feature a wine list that combines imported Italian favorites with the best of Virginia; a beer selection that leans local and classic Italian cocktails with a contemporary twist.

The market will offer imported Italian specialty goods along with meat, fish and produce from local farms, a selection of house-made items and a barista-serviced coffee program. Grocery items will include dried pasta from Italy as well as fresh pasta from the Centrolina kitchen along with up to a dozen house-made sauces. The dairy and produce sections will be stocked with goods from Virginia, Maryland and Pennsylvania. Italian specialty items will include anchovies, olives, vinegar, olive oil, salumi, imported and local cheeses and sweets. Wine and craft beer will also be available for sale.

The market will feature a barista-serviced coffee counter along with breakfast in the form of fried-to-order bamboloni, house-made quiches and scones. Grab-and-go lunch offerings will include panini, antipasti, salads and pastries. In the evening, the coffee counter will turn into a five-seat mini bar.

Today and next Saturday, May 23, at 10 a.m., Daikaya, 705 Sixth St. NW, will offer Sapporo 101, an opportunity to learn the art of ramen making at the restaurant’s first floor ramen shop. Guests will learn the history of ramen, with focus on Sapporo-style ramen, and how ramen serves as an important identity for Sapporo’s citizens. 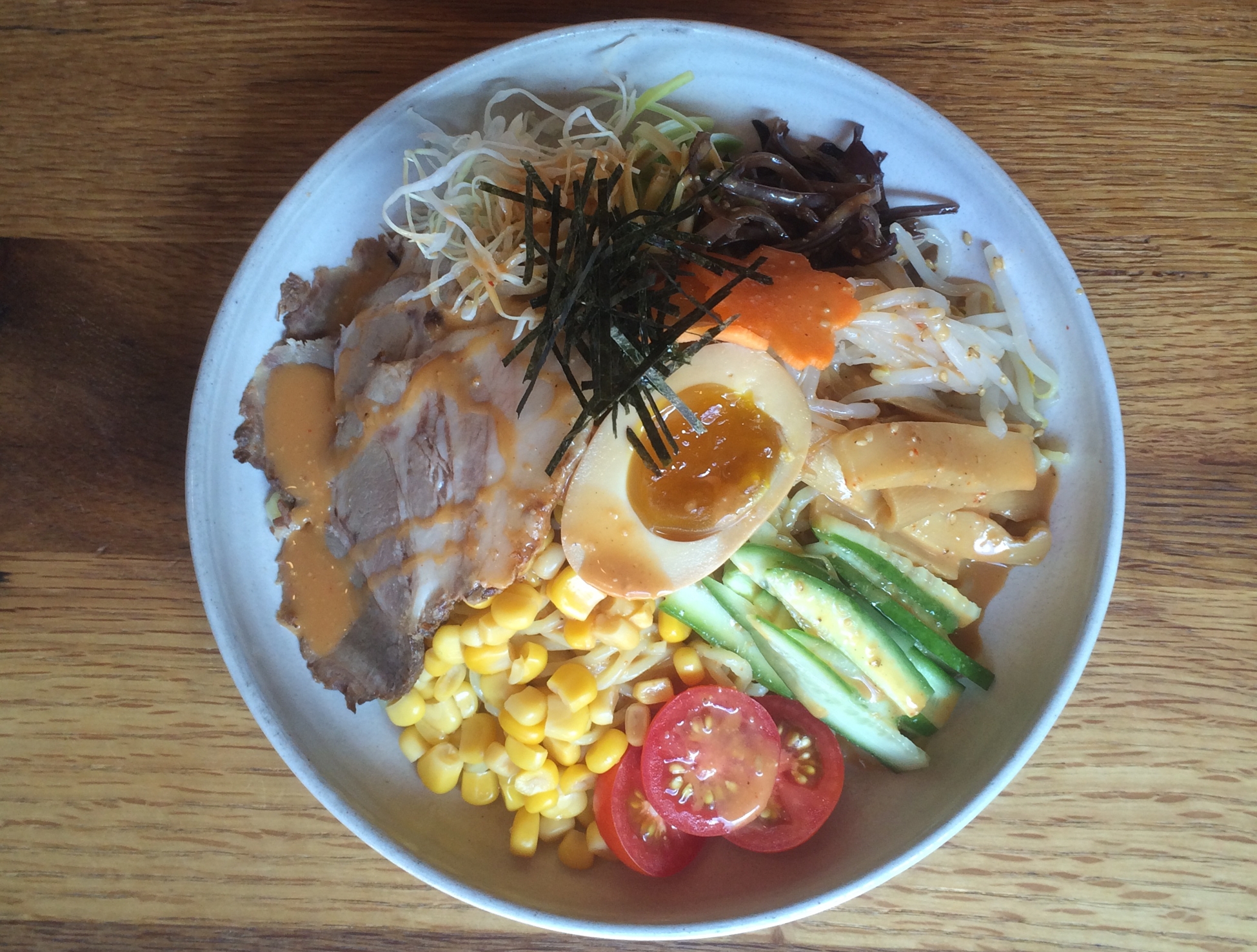 A bowl of ramen (Photo: Daikaya)

Partners executive chef Katsuya Fukushima and Daisuke Utagawa will lead the hands-on demonstration on how to properly prepare the noodles, as well as the distinctive Sapporo ramen broth. At the end of the one-hour class, guests are invited to order the ramen of their choice from Daikaya’s menu as the restaurant opens for business. Each class is limited to 10 people for a very hands-on, intimate experience, and the class is priced at $35 and includes a soft drink.

Tickets mus be purchased prior to the class by calling 202-589-1600 and asking for Nick Seo or Jameson Huckaba.

Ann Cashion Returns to the Kitchen for 20th Anniversary

In honor of Cashion’s Eat Place’s 20th anniversary, the kitchen is throwing back to their May 1995 opening menu, offering classic, nostalgic dishes from May 22-29. The a la carte menu will showcase “Cashion’s Classics” such as veal sweetbreads with Catalan spinach, organic oven-roasted chicken with house-made pancetta and ragout of wild mushrooms on polenta, along with some of chef and co-owner John Manolatos’ new signature dishes. 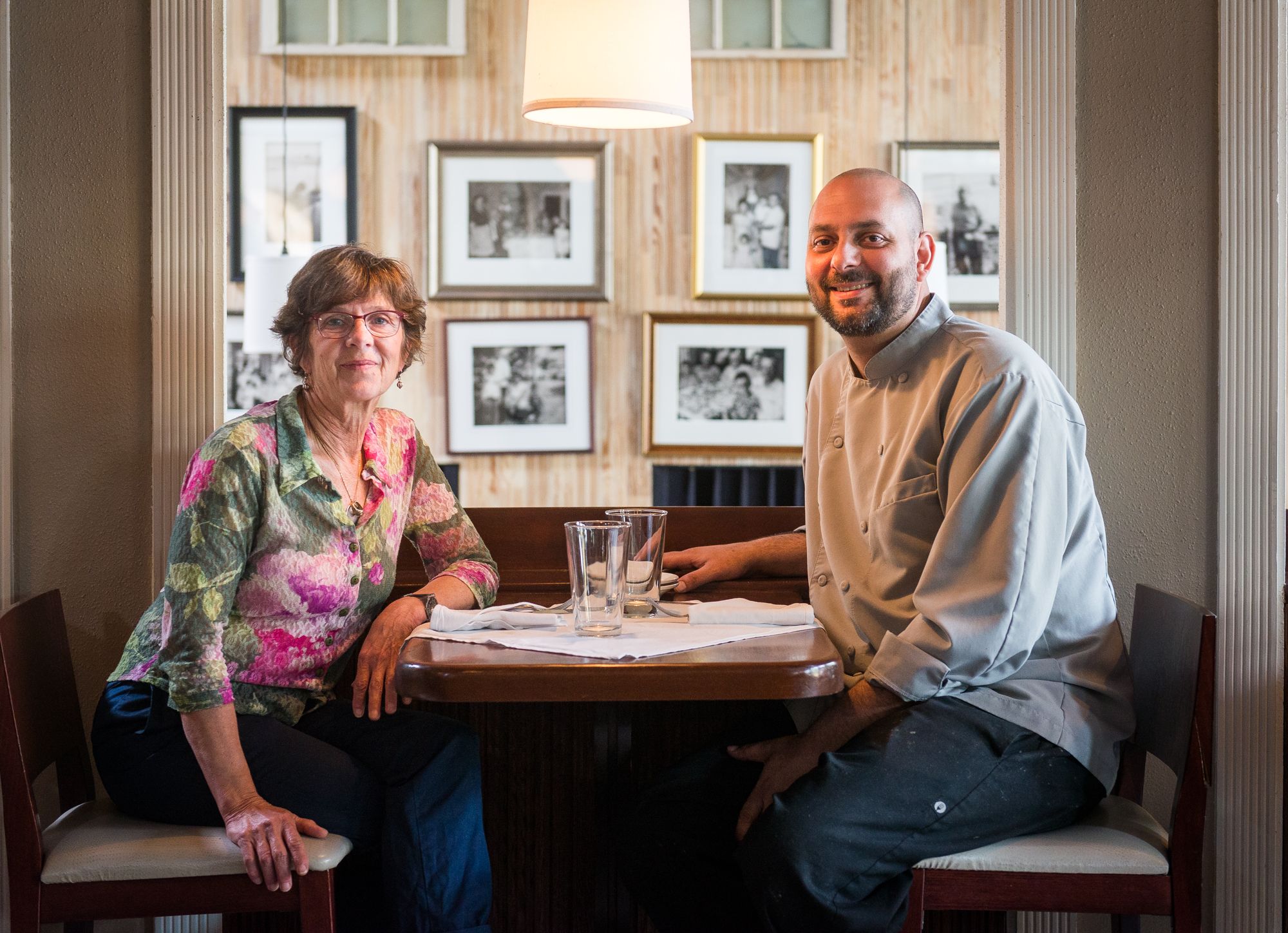 The week will culminate with founding partners Ann Cashion and John Fulchino returning for a special 20th anniversary collaboration dinner on May 27. The first time in nine years since Cashion has been in the restaurant’s kitchen, the 55-seat dinner will feature a six-course tasting menu created by Cashion and Manolatos, paired with wines selected by Fulchino and current co-owner Justin Abad. Tickets are $125 and can be purchased here. Afterward, there will be a-party with punch specials and passed plates.

Cashion, a Harvard-educated, 20-year veteran of the food industry who apprenticed in Italy, cooked in France and whose stateside credits include Restaurant Nora, Austin Grill, and Jaleo, opened the restaurant in 1995. It was one of the first restaurants to shed white table clothes and printed menus in favor of a food-focused approach. It was named Best New Restaurant by Gourmet magazine in 1996 and Cashion won the James Beard Award for Best Chef: Mid-Atlantic in 2004. She sold the restaurant in 2007 to sous chef Manolatos and general manager Abad 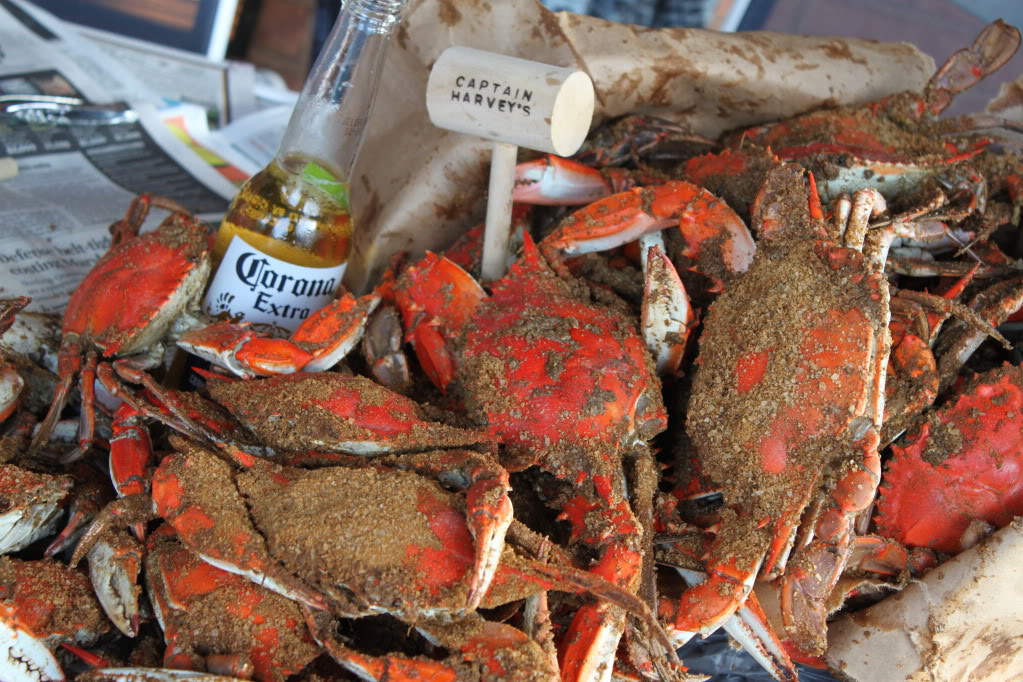 The menu features all-you-can-eat crabs, corn on the cob, hushpuppies, cole slaw, hot dogs, chicken wings and more for $50. Children under 5 are free. There will also be music and fun both inside and on the patio. 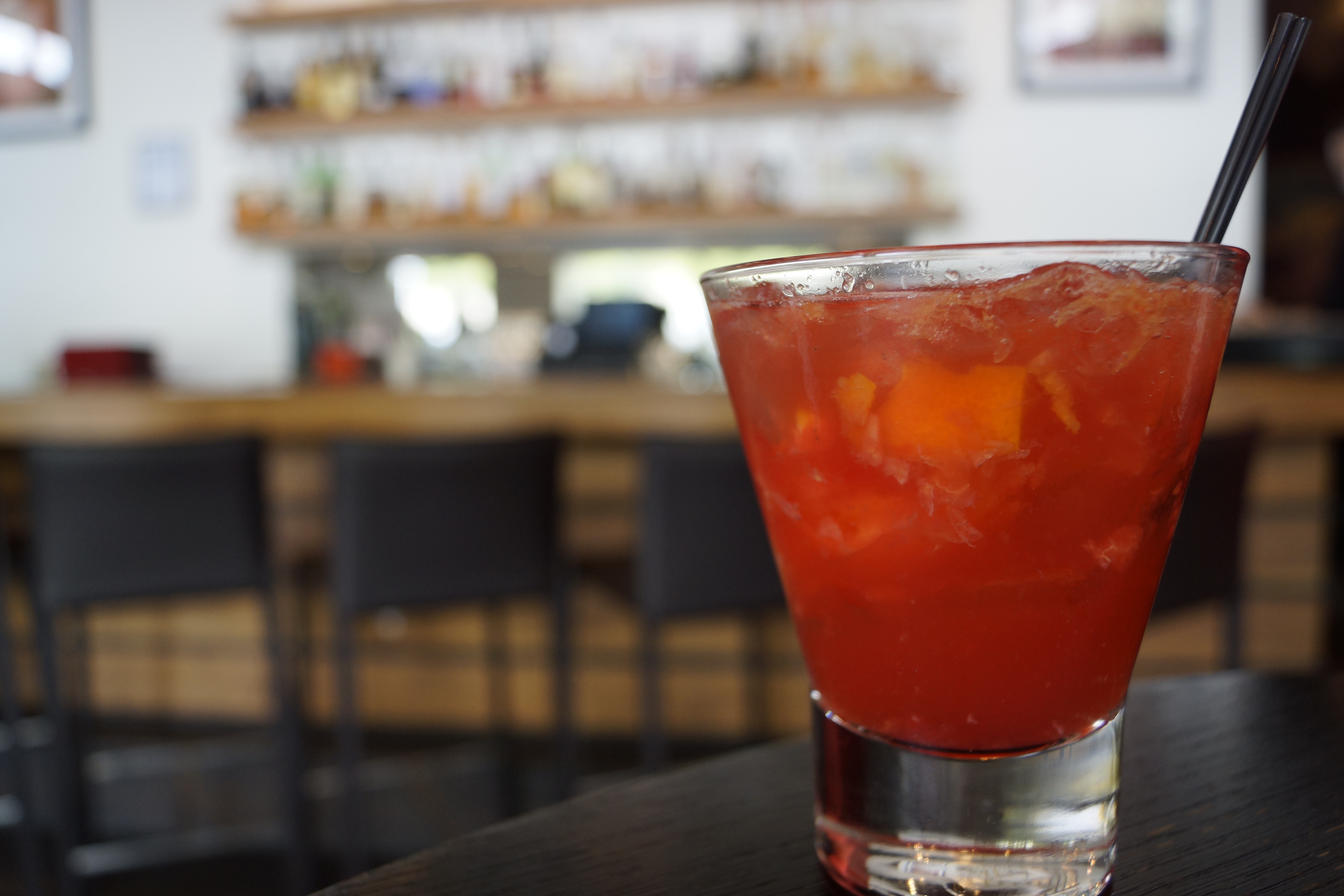 Sue Nguyen and Ian Chyun have created three new signature drinks bringing a bit of cool to climbing temperatures. Each cocktail is handcrafted using local, fresh and seasonal ingredients, and are ready to be enjoyed on Sushiko’s spacious 55-seat patio or in the dining room.

Newcomers include The Minka Old Fashioned, named after the Japanese word for “farmhouse,” this twist on a classic cocktail is made with muddled cherry and orange, Maker’s Mark and Lindera Farms honey vinegar; the Sagano Saketini is named after the bamboo forest outside Kyoto, Japan, and made with Namachozu sake, cucumber liquor, green tea simple syrup and garnished with bamboo leaf; and the Shichimi Garu, which is made with chili-infused vodka, pineapple juice, white cranberry, lemonade and a pinch of shichimi, a Japanese seven spice powder.