D.C.’s first branch of Bonchon, the Korean fried chicken restaurant, opened at 1015 Half St. SE at the end of March. 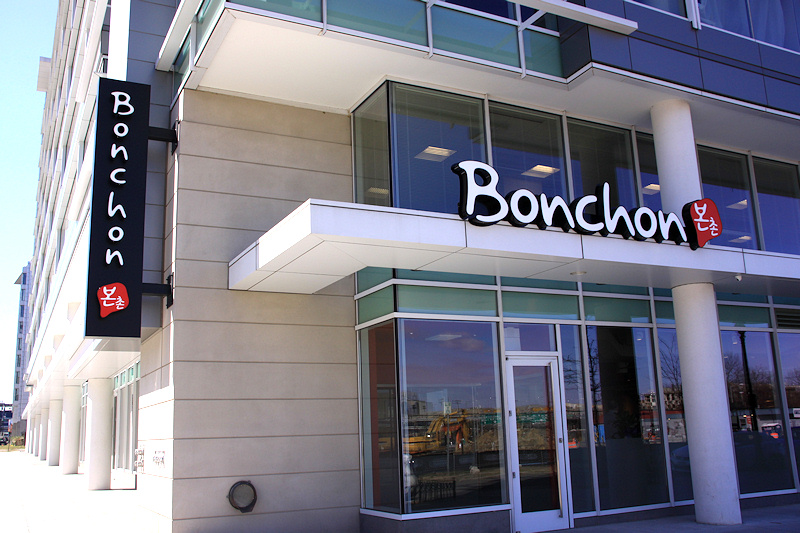 Bonchon opened it first D.C. location near National’s Park at the end of March. (Photo: JDLand)

The chain, which opened in South Korea in 2002 and came to the U.S. in 2006. In the DMV, it started in Annandale, but has now expanded to 10 area locations including Arlington, Centerville, Fairfax, Herndon and Woodbridge in Virginia, and Ellicott City, Hyattsville and Rockville in Maryland with another slated to open in Germantown.

The 5,300 square foot restaurant has seating for 200 in a large dining area and lounge. And outdoor patio will eventually seat another 60-80 diners. The modern interior, designed by GrizForm Design Architects, is red and black with wood and concrete. There are several televisions in the bar and with high top tables in addition to stools around the double-sided bar with 30 bottled Asian and American craft beers and another 16 on tap such as Kirin and Sapporo alongside Port City and Bold Rock Cider. Wines and spirts include sakes and sojus as well as Western liquors. 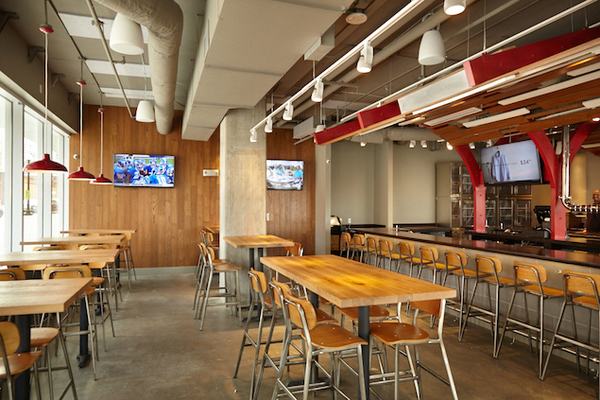 Bonchon in Navy Yard seats about 200 in the lounge and dining room. (Photo: Jeff Elkins)

The Navy Yard location, just three blocks from Nationals Park, is owned by Thomas An and Paul Choi, who also operate the Arlington and Centerville restaurants. The menu is similar to Arlington’s with new Korean-fusion dishes, such as a bulgogi marinated steak and cheese wrap and bulgogi sliders stacked on brioche buns with homemade kimchi slaw. More traditional additions include japchae, cold glass noodles sautéed with vegetables and beef, and a Japanese-inspired crab rice ball wrapped in seared salmon.

One standard at every Bonchon is the double-fried chicken wings, drumsticks and strips. Unlike KFC or Popeyes, which are battered, Bonchon’s chicken is brushed with either a spicy glaze made with red chili peppers or a soy garlic glaze. You can also order your chicken half and half, but only the strips can be ordered bare. The double-frying makes the wings and legs crispy on the outside, but tender and juicy inside. 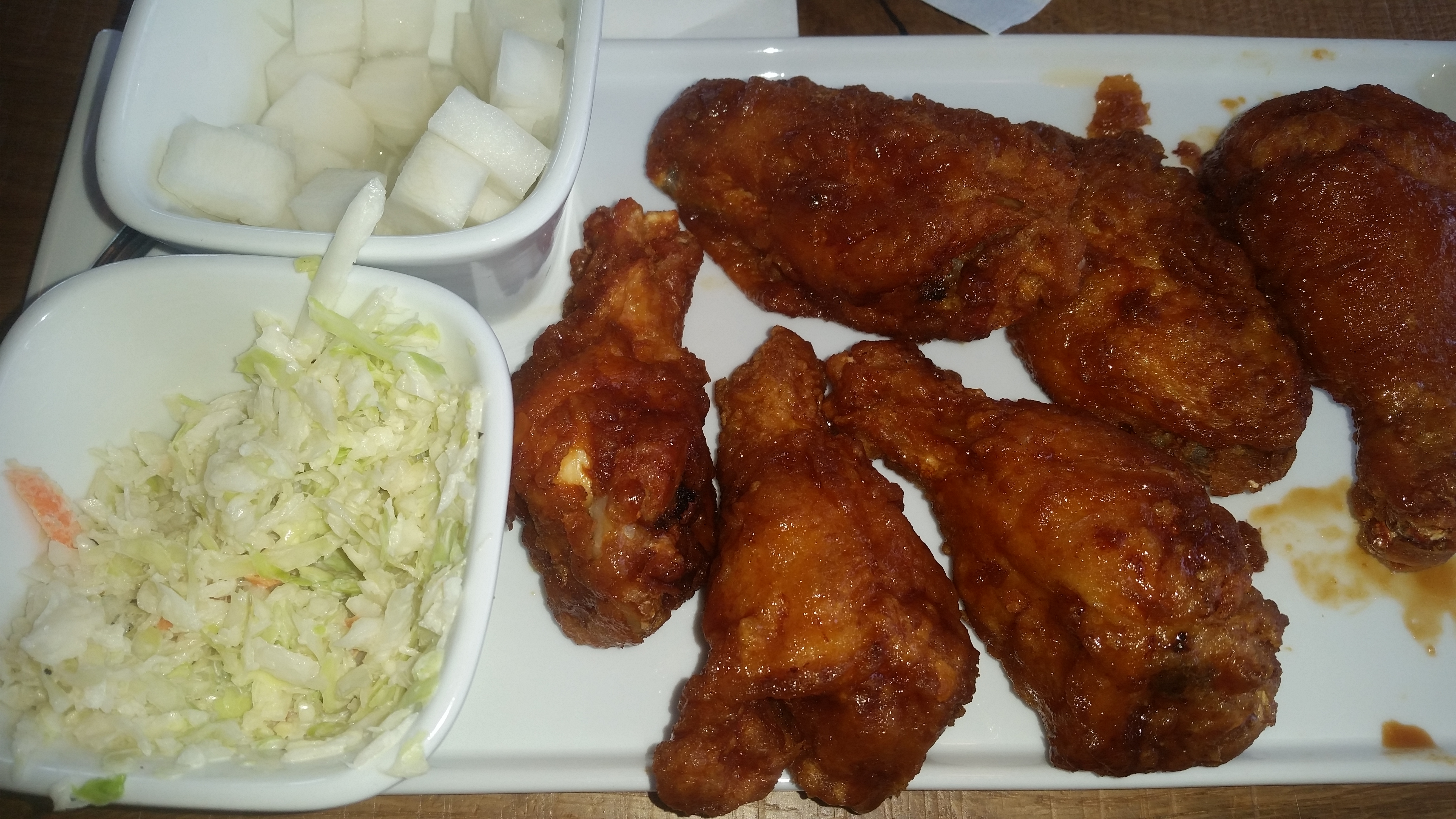 A small combo with wings and drumsticks will set you back $13 with another $3 for the coleslaw. (Photo: Mark Heckathorn/DC on Heels)

The chicken is very tasty, although our server warned that the spicy was very hot. The soy garlic is a mild choice and could use some kick. But be warned, Bonchon is pricey. And according to online menus, D.C. prices can be up to $2 more than Hyattsville’s, which is located at 6507 America Blvd. beside the Mall at Prince George’s.

A lunch special is available from 11:30 a.m.-2 p.m. Monday through Friday with eight wings or strips, four drumsticks or a four wing and two drumstick combo and one side for $9. They also have a lunch rice bowl for $9 or $10 if you want bulgogi, spicy chicken or salmon teriyaki on top.

This is a sit-down restaurant, which was unexpected. I was expecting something similar to other fried chicken places where you order at a counter with speedy service. Although they have take-out, dining in was slow. We were on our way to a National’s game and ended up missing the opening pitch. If you plan on eating there before a game, add extra time. Also, our meals arrived at different times instead of together.