Dolcezza will officially open its newest location on Sunday, Apr. 17, at 904 Palmer Alley NW in CityCenterDC. It is located across Ninth Street from Cuba Libre. 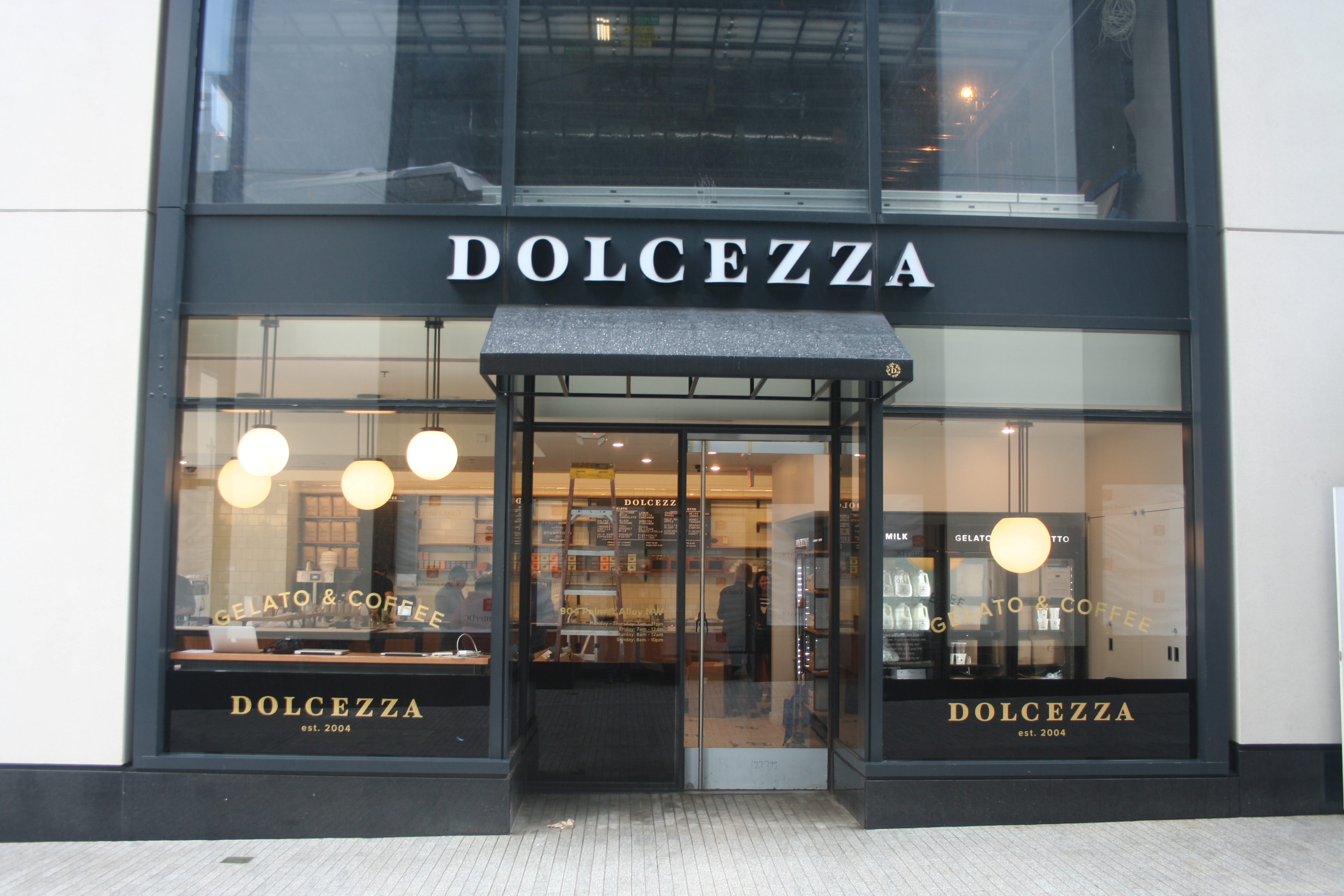 Dolcezza will celebrate the grand opening of its CityCenterDC location Sunday with free mini cones.
(Photo: Mark Heckathorn/DC on Heels)

As part of its grand opening, visitors will receive a free mini-cone of gelato on Sunday from 2-5 p.m.

The CityCenterDC location will also be the first in the DMV to sell and stock Stumptown cold brew coffee and milk.

The 1,200-square-foot space has a 10-foot-long communal table that can accommodate 10 guests, as well as a standing bar for 10 that runs along Ninth Street.

Belga Café is teaming up with Chimay Brewery for its monthly beer dinner on Tuesday, Apr. 21, at 6:30 p.m.

Nage Bistro, 1600 Rhode Island Ave. NW, will unveil six new spring cocktails on Wednesday, Apr. 22. Each is made with a different variety of fresh fruit juice and seasonal ingredients, and all are named for precious and semi-precious stones. 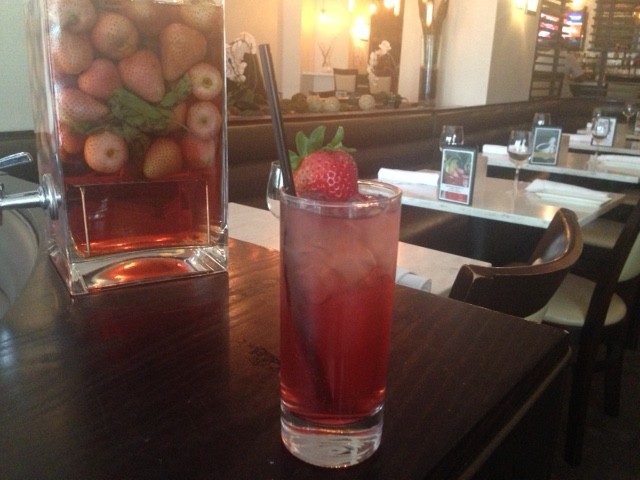 The new spring cocktails are priced at $10-$12 each. Nage is also serving a white peach sangria for spring and summer, which will be priced at $8 a glass and $18 a pitcher.

Daikaya, 705 6th St. NW, has brought back two cold ramen dishes for summer. The cold dishes are available only at the 90-seat upstairs izakaya and priced at $14. 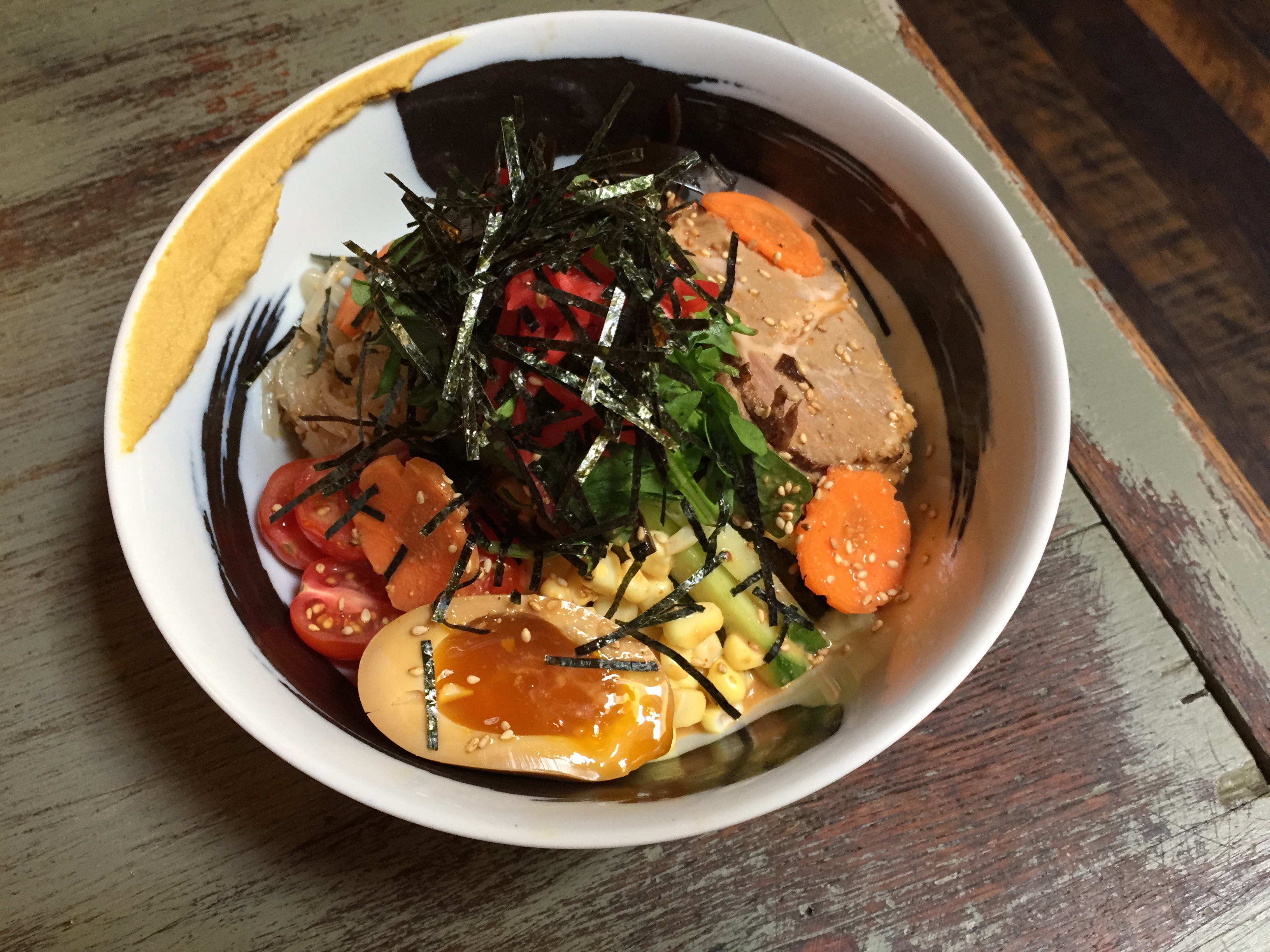 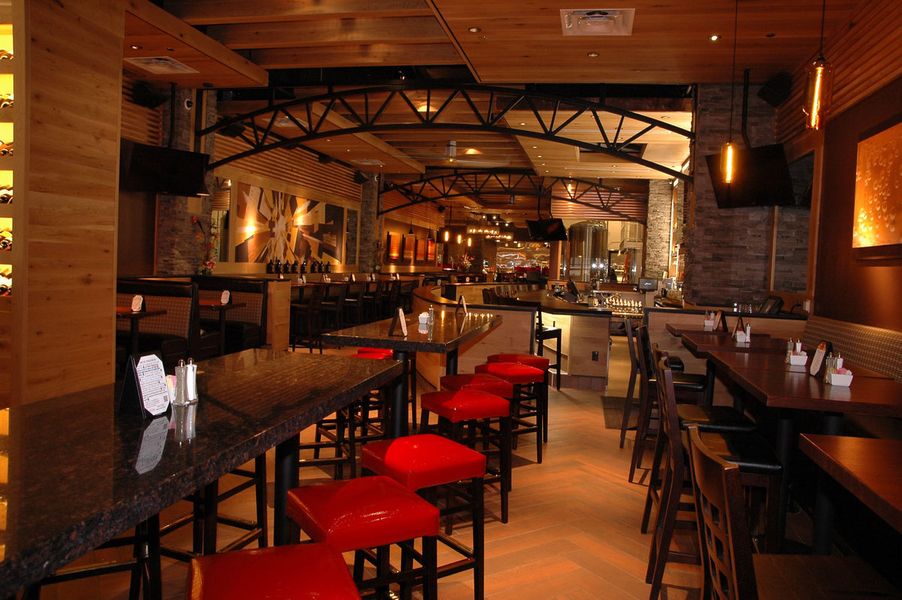 Granite City Food and Brewery will open in National Harbor on May 6. (Photo: Granite City)

The 10,881 square foot restaurant will seat approximately 260 in the dining room, 27 at the bar and 64 in the private dining room. It will also feature an outdoor patio with seating for 20-30 people. The space features an open kitchen and an on-site brewery with dark wood and granite accents. The restaurant will also feature family restrooms, purse hooks and USB and electrical outlets underneath the bar.

The brew-pub’s handcrafted beers are also available in growlers. The patented brewing process, known as Fermentus Interruptus, makes replicating the same great taste simple and efficient throughout all Granite City Food & Brewery restaurants. Signature brews include The Duke pale ale; The Bennie, a German altbier; The Northern, an American golden ale; The Broad Axe, an oatmeal stout, and Batch 1000 double IPA. Seasonal brews are also created onsite throughout the year and include the Blueberrian, a blueberry lager, in May; Gold Fever, a Belgian strong ale in June; Lazy Lake, a kolsch in July; the Alabaster, a Belgian wit, in August; the Oktoberfest, a marzen, in September; the Bley Eyed Brunette, a bourbon brown ale, in October; the Zug Zwang, a vanilla porter, in Novermber; and Freezer Burn, a winter warmer, in December.

Diners who visit the National Harbor location on opening day will receive a free Brew Rewards membership, which allows patrons to collect points on all food and tap beer purchases. Brew Rewards points can be redeemed for discounts.

Granite City will be open 8-11 a.m. daily for breakfast. The full menu will be served from 11 a.m.-11 p.m. Sunday through Thursday and 11 a.m.-midnight Friday and Saturday.

Neyla Mediterranean Bistro, which had been located in Georgetown for more than 15 years, will open in early May at 11898 Market St. in Reston Town Center. 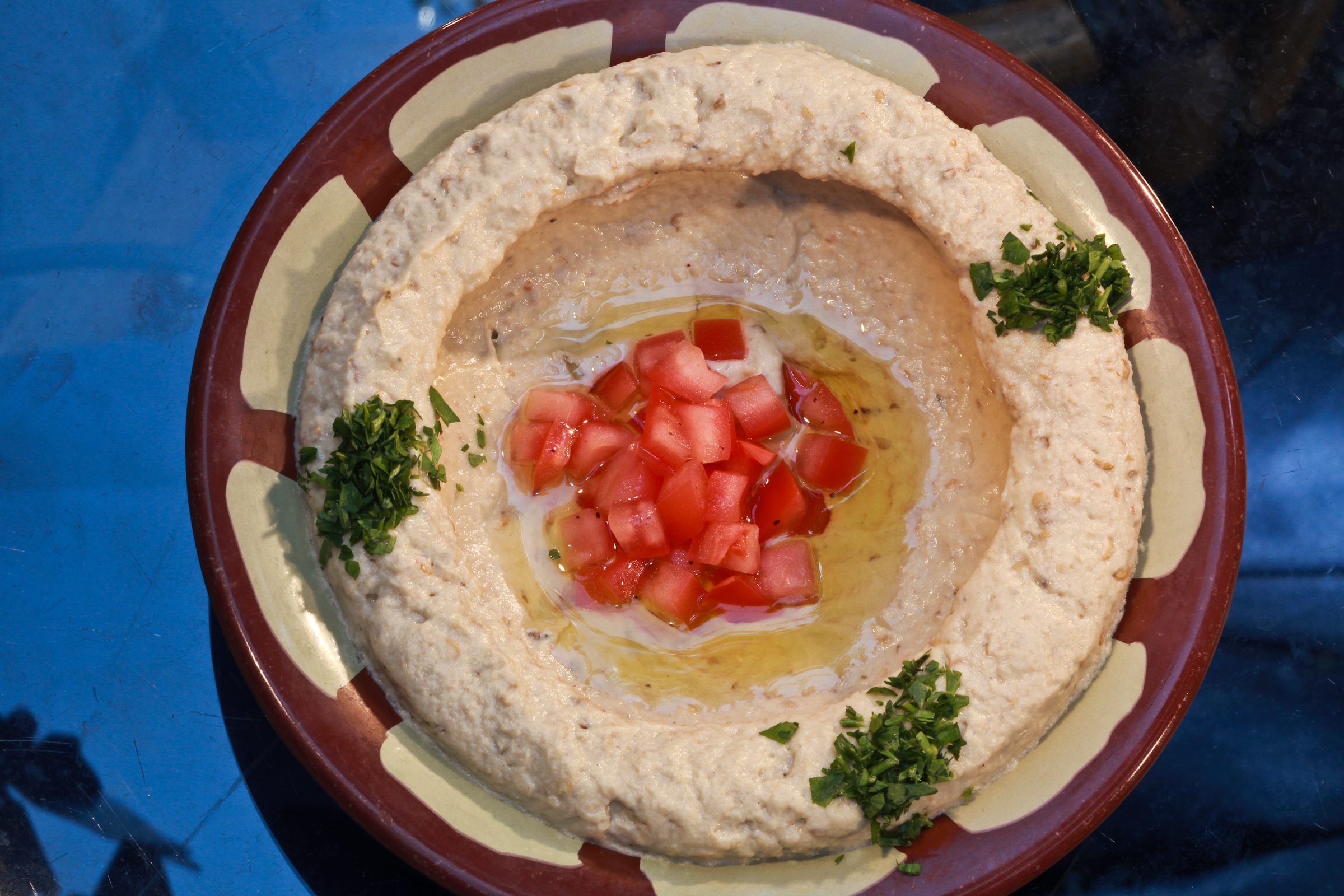 The new location will be bigger, bringing a chic bar and lounge, and modern bistro menu to the area. It will serve lunch, dinner and weekend brunch. The new 160-seat eastern Mediterranean restaurant will feature a large assortment of small plates for tasting and sharing with cocktails and regional wines as well as many of its traditional iconic favorites.

Chef Eric von Gehren has been tapped as the executive chef. Von Gehren originally came to Neyla’s owner, Capital Restaurant Concepts, in 1987 and helped open many of its restaurants including Paolo’s Ristorante and Georgia Brown’s. He left CRC in 1992 to become the vice president and corporate chef of Levy Restaurants in Chicago, opening and overseeing many restaurants including the now Michelin starred Spiaggia. He then moved to the Eastern Mediterranean to help CRC founder Bechara Nammour open more than 10 restaurants in Lebanon. Most recently von Gehren served as the chef at the Fat Canary in Williamsburg, Va.

Souheil Moussadik, Neyla’s general manager in Georgetown, will manage the new restaurant in Reston. Souheil is a founder of Penn Quarter’s Co Co. Sala and most recently director of operations for Oya.

The menu will include traditional Mediterranean dishes such as chicken shawarma and veal kebabs cooked over a charcoal grill. Small plates will include roasted eggplant, Circassian chicken and Armenian sausage, as well as traditional dips such as baba ghanoush, hummus and lebne served with house-made pita cooked in a wood-fired brick oven. The oven will also produce such favorites as caprese flatbreads and a Turkish pita flatbread with spicy soujouk sausage, kasseri cheese and olive oil. Other dishes will include grilled halloumi cheese spaghetti, braised lamb shank and fried calamari. Dishes for the entire table include salt-crusted branzino; slow roasted lamb shoulder and a Lebanese couscous.

D.C. architect and designer Olivia Demetriou of Haptsak and Demetriou is designing the interior, which will combine a crisp look with a bit of weathered character. Its bar will be a mixture of dark blue tapestry wall coverings and whitewash strie millwork. Decorative screens and beaded curtains will hang throughout the restaurant. In nice weather, the dining room will open to a large outdoor patio, which will feature dark wicker furniture.

Pennsylvania 6 to open in late May

Pennsylvania 6, a 265-seat contemporary American restaurant from the owners of City Tap House in Penn Quarter and Harrington’s Pub & Kitchen and Public House at National Harbor, is slated to open in late May across from Franklin Square at 1350 I St. NW where Tuscana West had been. Pennsylvania 6 currently has restaurants in Philadelphia and New York City. 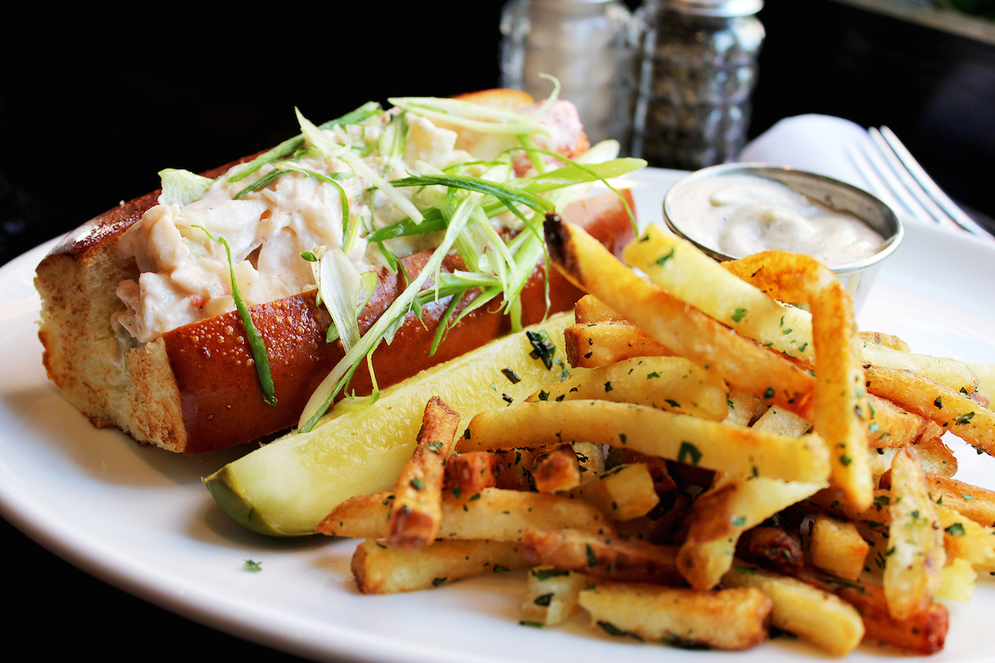 The bar program will include classic mixology incorporating fresh, local, seasonal ingredients found in the house-made syrups and mixers. Each drink will come with its own history and origin. One of the featured cocktails is the Grapes of Wrath, made from a combination of bourbon, muddled grapefruit, brandied grapes, house grapefruit liquor and aromatic bitters. Cocktails will be priced from $12 to $16 each. There will also be 14 craft beers available on draft and over 100 international wines.

Designer Maggie O’Neill of SwatchRoom is redoing the interior to create a “modern day supper club and bistro.” It will feature a 70-foot bar with Carrera marble and oak panels. Communal tables will surround the bar along with booths made for two and an elevated 22-seat lounge with working fireplace. Black and white striped fabric will hang from the ceiling along with custom milk glass chandeliers. The oak-paneled dining room will feature black lacquered millwork, patinaed mirrors and art to complement the dramatic deep red floor and rich upholstery.