Chef Edward Lee, the James Beard Award nominated chef behind 610 Magnolia and MilkWood in Louisville, will partner with Knead Hospitality + Design to open Succotash, a Southern restaurant with Asian accents at National Harbor in May.

The 200-seat restaurant is planned for May at 184 Waterfront St., Oxon Hill, combining the space formerly occupied by Baja Fresh, Freshii and S.O.A.P., which had all closed.

Lee, who is Korean-American, is known for his Southern food with an Asian influence such as miso-smothered chicken, tamarind-strawberry-glazed ham, collards and kimchi and green tomato kimchi.

The menu will feature Southern standards such as collard greens, corn bread, fried chicken, pimento cheese and chess pie, all with Lee’s touch. The restaurant will have at least 25 varieties of bourbon, Lee’s drink of choice.

Knead is handling the design of the space, which will mix Southern architecture with industrial and contemporary touches.

Bottleneck Management will open its first Old Town Pour House outside of the Chicago area at 212 Ellington Blvd., Gaithersburg in the Downtown Crown development come Mar. 2.

The restaurant and bar will feature 90 craft beers on tap, which will rotate weekly. The menu will feature American classics with a twist such as mini Chicago dogs, 1871 chili, burgers, smoked brisket sandwiches, pork chops and salmon, and peanut butter Snickers pie. It will also include gluten-free items.

The 7,966 square-foot space will include an outdoor patio in warm weather. The interior boasts copper-inlayed bars and tables, custom-milled dark woodwork, high ceilings and operable windows opening onto the patio. 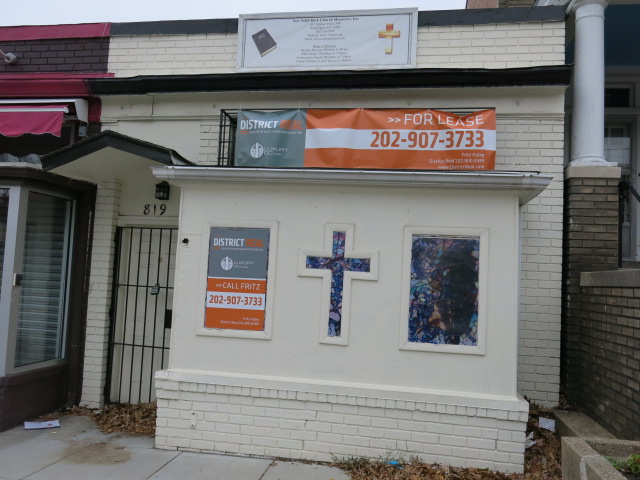 Twisted Horn from Hank’s Oyster Bar’s Jamie Leeds will open in this former church in Petworth this spring. (Photo: PoPville)

A reincarnation of an old church, the entire space will be new. “I’ve always dreamed of owning a really cool bar. Since my recent move to Petworth, I wanted to create a neighborhood bar that I can hang out in and meet my neighbors,” Leeds said.

The interior architecture and design will be created by Lauren Winter and Brian Miller of Edit, in collaboration with Streetsense. The décor will feel edgy and industrial, yet welcoming and candlelit. The bar will have 30 stools, with an additional 10 seats at high-top tables. There will also be an outdoor patio for approximately 40. Leeds plans to have a wood-burning fire pit on the patio for toasting marshmallows.

Leeds is keeping things in the neighborhood getting as much as possible from local companies including Straw, Stick & Brick Delicatessen, Gordy’s Pickle Jar and Qualia Coffee.

Megan Coyle, currently beverage director at Hank’s in Dupont, will be the general manager and head up the cocktail program.

“Fare Well is a name that immediately spoke to the mission of the concept,” Petersan said, “and, while we considered others, I kept coming back to it. It says so much about what we are trying to do here: live well, eat well, be well. It’s about turning the idea of living conscientiously to everything we do, from excellent service to thoughtful, well-crafted food. When you visit the new restaurant you will truly Fare Well in every sense of the term.”

House-baked bread will be an integral part of Fare Well and include focaccia, challah and whole grain varieties. The bakery and bistro will have the look and feel of a classic mid-century American diner, featuring a bakery case and lunch counter, as well as “grab-and-go” dining and table service for approximately 50 diners. A bar will feature beer and wine on tap and a menu of cocktails created by W Hotel mixologist Joey Ambrose.

Fare Well will be open seven days a week for breakfast, lunch and dinner, with extended bar hours on Fridays and Saturdays.

Casa Oaxaca Mexican restaurant at 2106 18th St. NW in Adams Morgan closed last night. The restaurant had been open for more than seven years. There was no reason given for the closing in a Facebook post.

“Relocation and a brand new concept (with the same authentic flavors of Mexico) are in the work!” the post said. It also said the owners will be refocusing their efforts on their catering services.

Guajillo in Rosslyn and Don Lencho in Manassas, both owned by Karen Barroso and Rolando Juarez, who also own Casa Oaxaca, will remain open. 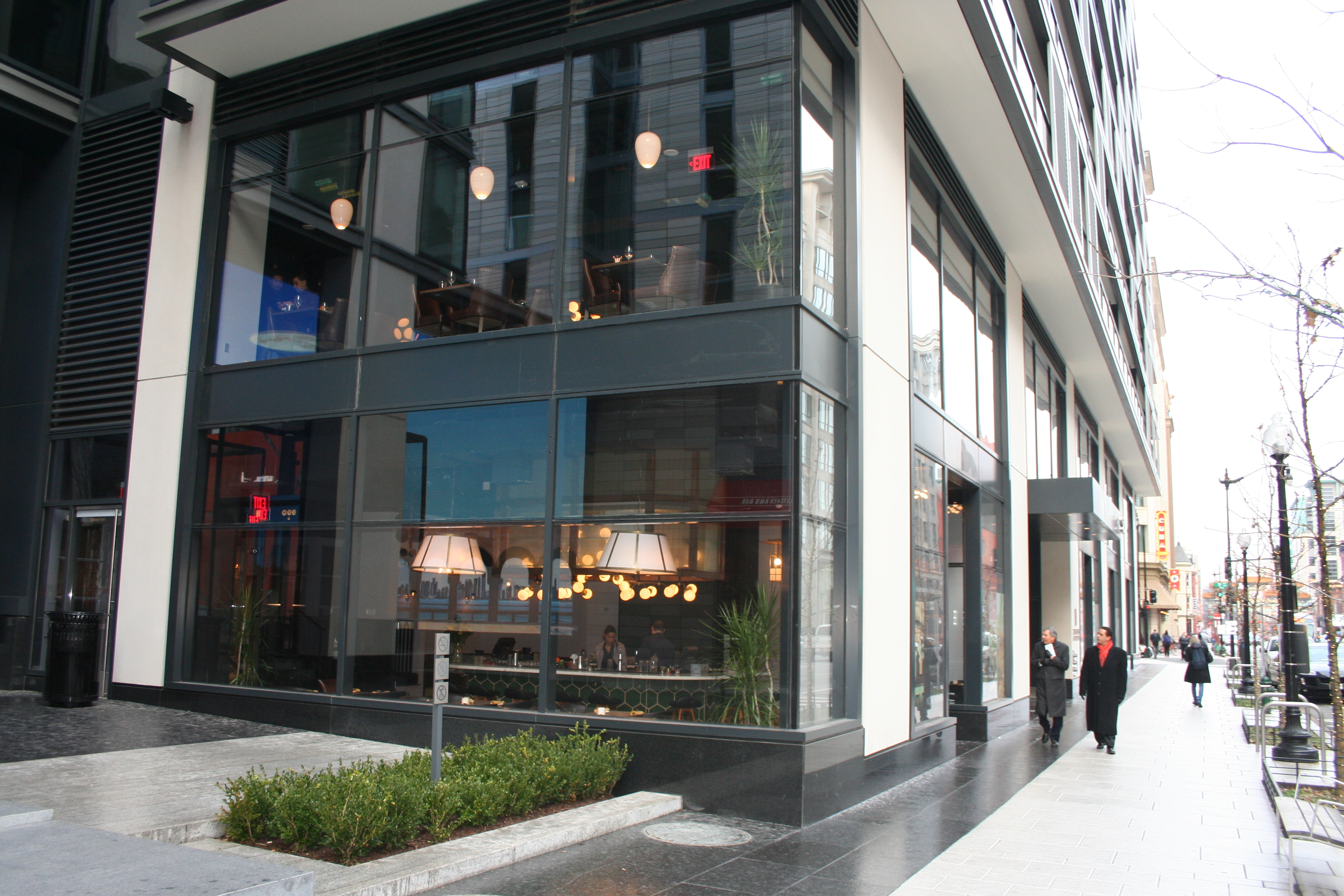 Glasses of house red and white wine, prosecco, Peroni or Menabrea beer, as well as featured rail cocktails are $6 each. Bibiana’s new happy hour menu offers appetizer portions of “Stuzzichini.” Choices include house-made, fresh milk ricotta with wild honey, chives and almonds; costa di agnello, lamb ribs glazed with sherry vinegar and saba; arancini, a stuffed rice fritter with pork ragu and provolone piccante; carciofi, fried artichokes with parsley and lemon; baccalà mantecato, whipped salted codfish and potato with gnocco fritto; and polpetta, pork and veal meatballs with polenta, sugo finto and parmigiano. The stuzzichini are $3 each, or choose 3 for $6 or all 6 for $10. Also, a selection of three of “pizzette” will be featured on the menu: margherita with mozzarella, tomato and basil; funghi with tomato, wild mushrooms, mozzarella and basil; and salsiccia with sausage, garlic, red chili, tomato and pecorino. The pizzas are $5 each. 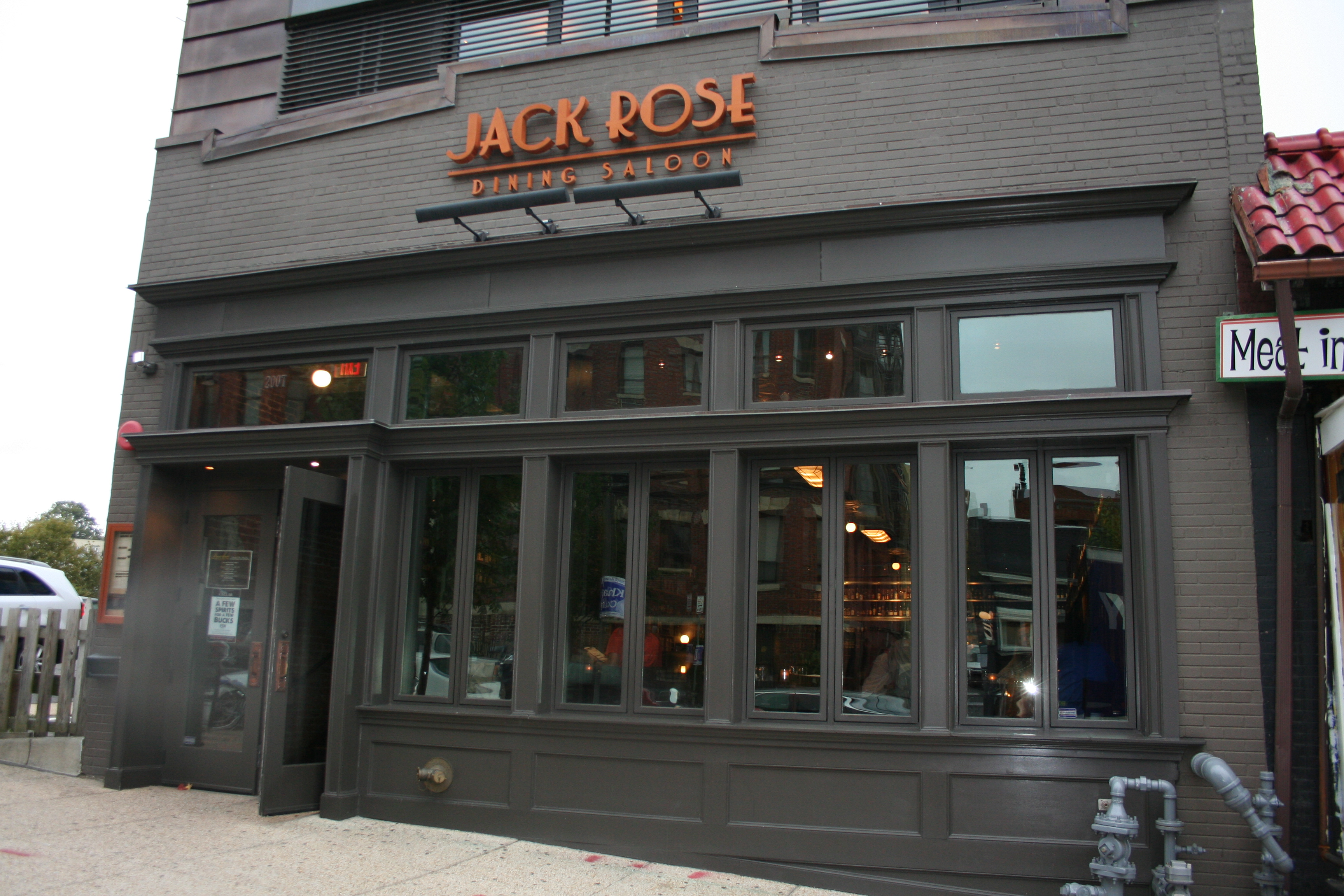 To celebrate the special release, Jack Rose will host a party in the saloon bar and whiskey cellar on Feb. 4 from 6-9 p.m. Guests can enjoy $5 draft specials on the exclusive beer, as well as several of Atlas Brew Works’ new brews including Anniversary Peach Farmhouse Ale, La Saison des Fetes, 1500 South Cap Lager, Pumpernickel Stout and cans of Atlas’ District Common and Rowdy Rye will be $4.