Second State, 1831 M St. NW, opened in mid-October in the former Mighty Pint space featuring a Pennsylvania themed interior as well as a menu inspired by the Keystone State. The restaurant’s name is a reference to the state being the second to ratify the U.S. Constitution on Dec. 12, 1787. 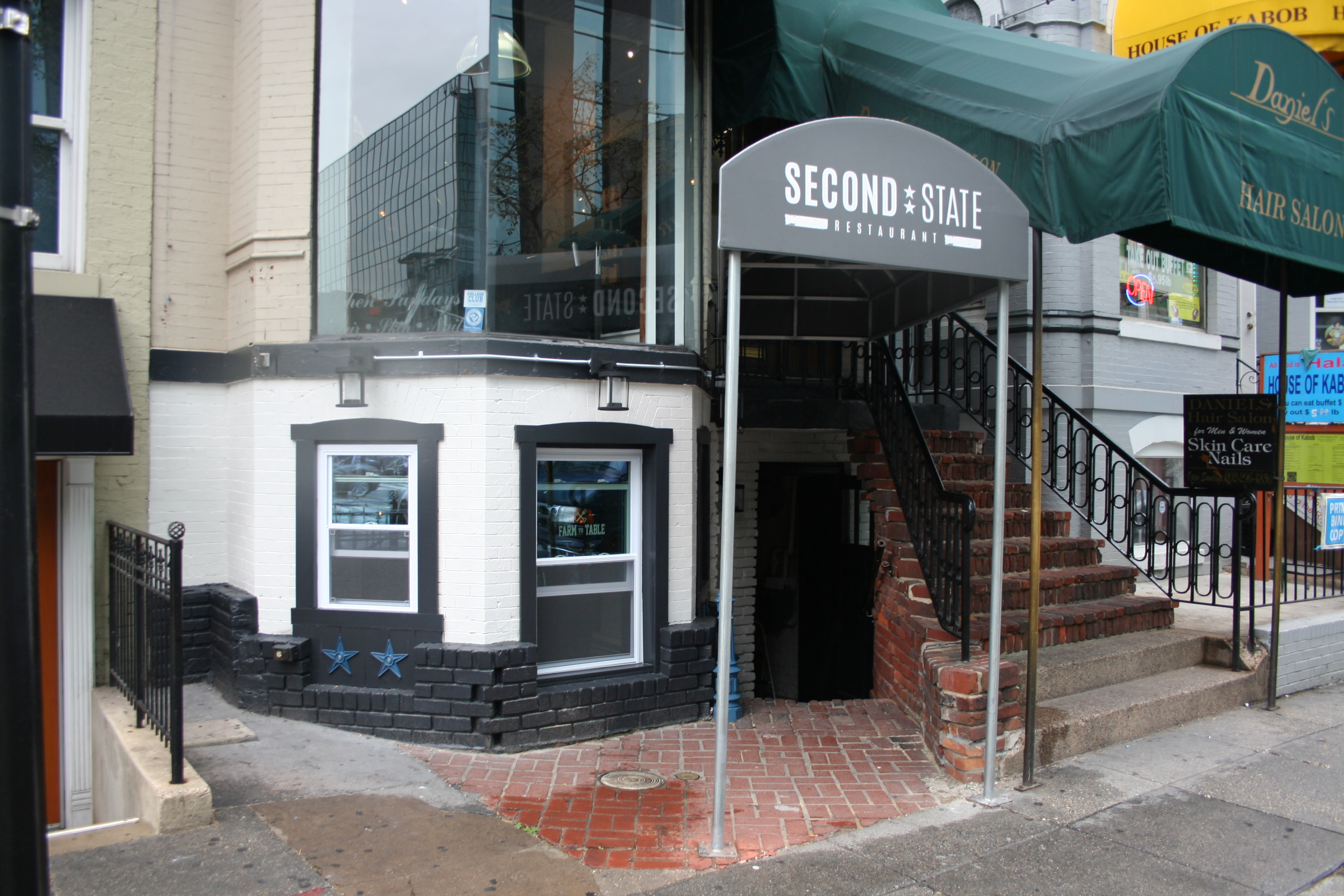 Second State is owned by Reese Gardner’s Wooden Nickle Bar Co., which also owns the Irish Whiskey Public House around the corner on 19th Street NW and Copperwood Tavern in Shirlington. The company will open the Orange Anchor in Georgetown’s Washington Harbour in early 2015 and Union Social in the new Elevation luxury apartment building at Florida and New York Ave. NE later in the year.

The restaurant, which seats 62 in the dining rooms and 12 at the bar, is white with bleached wood, exposed beams, concreate floors, bleached wood, steel blues and grays designed by Maggie O’Neill of SwatchRoom. Pennsylvania Dutch hex signs hang above the first floor booths and old metal Pennsylvania hunting licenses decorate the men’s room.

Corporate executive chef Allan Javery planned the farm-to-table menu of small bites, a la carte proteins and shared sides and will that includes pierogis, pheasant, venison and shoofly pie. Every ingredient is sourced from local farmers within a three-hour drive of D.C. with an emphasis on Pennsylvania farms.

Second State also features 29 white and dark rye whiskey that can be ordered straight or in cocktails designed by corporate beverage director Boris Stojkovic using fresh, local, seasonal ingredients that range from $11-$17. There are also 10 Pennsylvania beers either on tap or in bottle and cans such as Troegs, Yuengling and Rolling Rock, a beer familiar to anyone who went to college in the state. 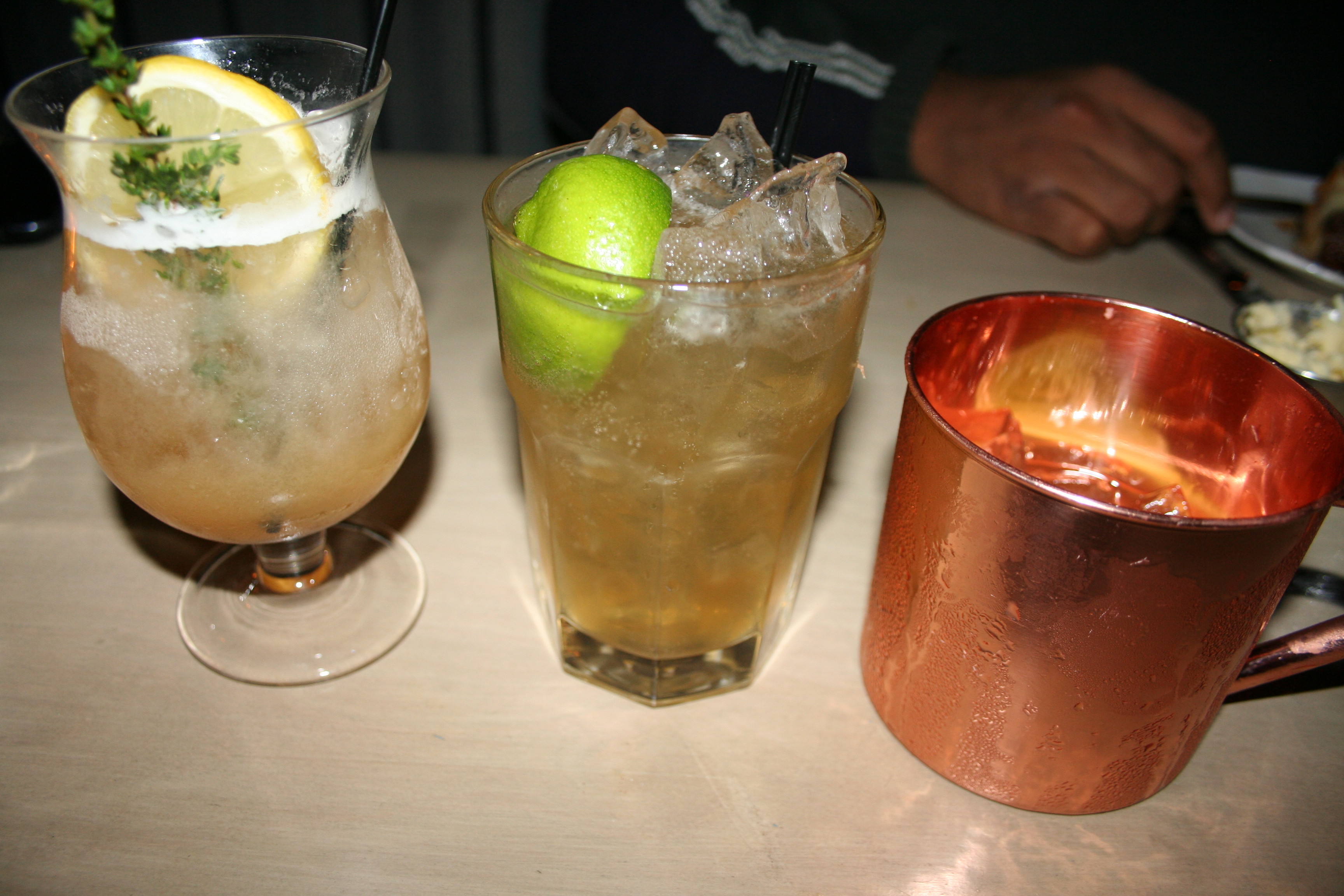 We tried the $11 Dutch Mule made with Old Overhold Rye Whiskey from Kentucky, ginger-lime cordial and lime served over ice in a copper mug; the $11 Liberty Punch made with Wigle “Ginever” from Pennsylvania, lemon, fresh ginger, spiced tea, agave and lavender bitters served over crushed ice; and the $12 Old City Rickey made with Pennsylvania Bluecoat Gin, aged maple syrup, lime and cream soda served over ice. While all three cocktails were drinkable, none were memorable or reason to go back. But, if you prefer your drinks tart versus sweet, you should check it out.

Having been born and raised north of Pittsburgh, I couldn’t wait to taste the pierogis – a dumpling filled with mashed potatoes and cheddar cheese. However, when they arrived, they were unrecognizable. Usually looking like a half-moon ravioli, what arrived was a brown blog with a white sauce drizzled on top. For $8, we got two pierogis that didn’t taste anything like what I remember from living in Pennsylvania Dutch country. These were cooked in brown butter with bacon and onions. We also had the root beer-braised short ribs served over a parsnip and garlic confit puree. This was tastier, but still a disappointment priced at $10 for two little pieces.

However, the food that followed was so good, it requires future visits. The $34, 10-ounce venison chop rubbed with coffee and cocoa and served over blackberry compote was delicious. I was leery of ordering it, remembering the gamey taste of the deer my father used to hunt. But this had none of that wild game taste. My guest ordered the $25, 14-ounce double cut, maple-brined Ossabaw pork chop with ancho-chili rub over heirloom apple chutney. It was hands down THE BEST pork chop I’ve ever tasted. 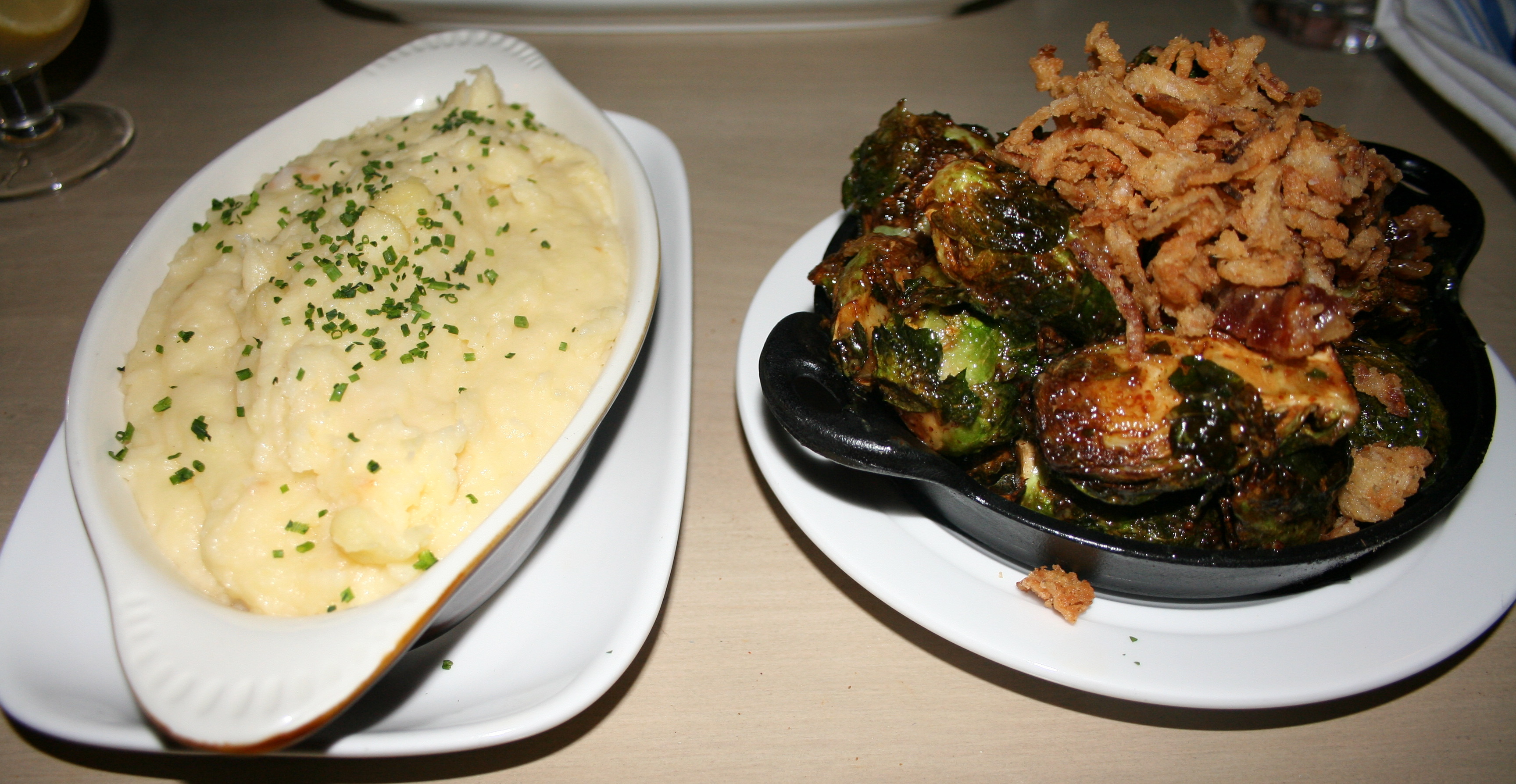 The sides were just as awesome. The $10 fried Brussels sprouts with crispy shallots, bacon and maple-mustard vinaigrette are crispy and tangy. The $10 smoked gouda mashed potatoes are creamy and cheesy. Both were enough to serve two — and probably three — diners. 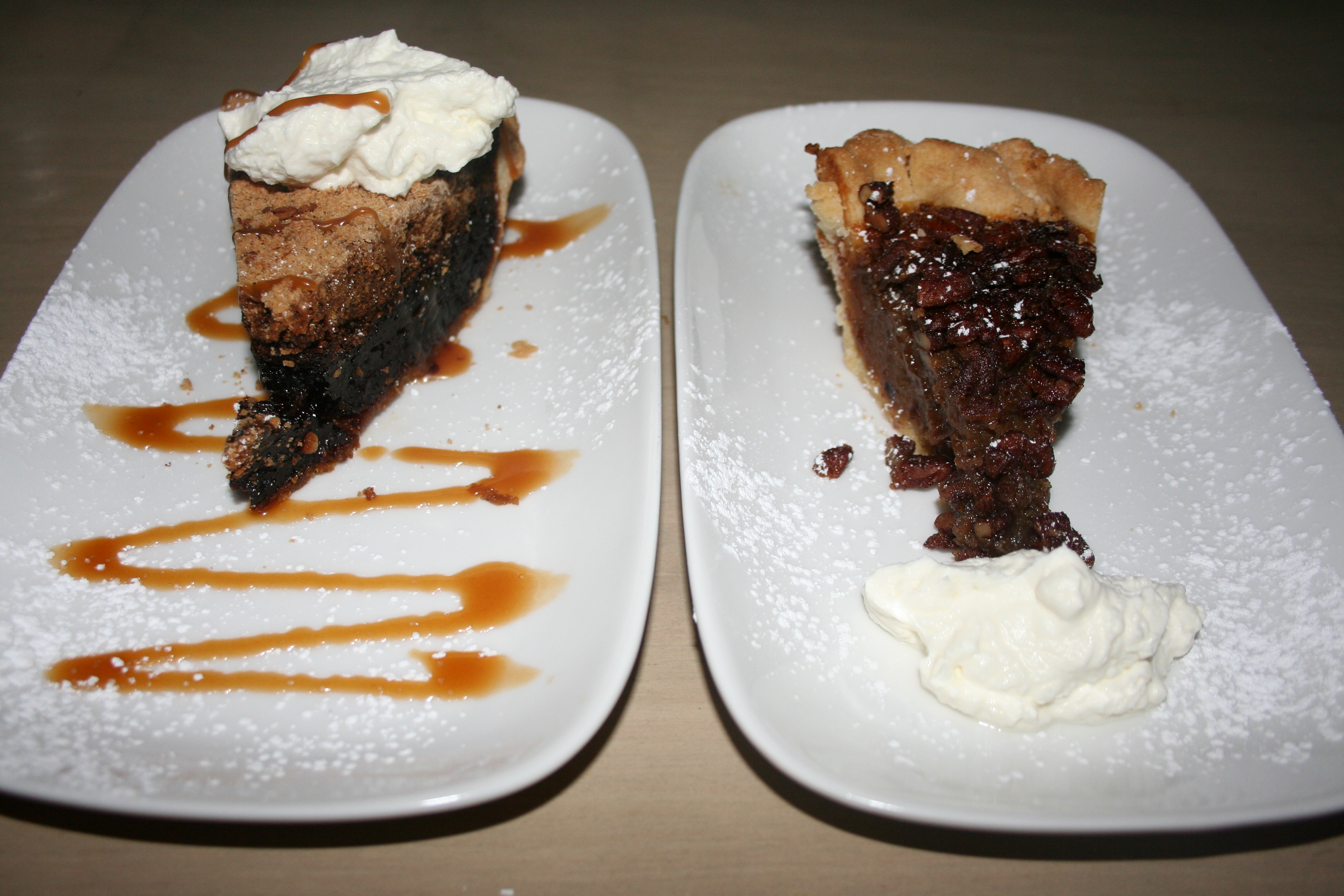 Shoefly pie (left) and pecan pie are a great end to the meal. (Photo: Mark Heckathorn/DC on Heels)

Both desserts were also very Pennsyvanian. We chose slices of pecan and shoefly pie. The pecan pie was decadent, full of pecans on top of that sweet, gooey center. And the shoefly pie (wet bottom if you’re from central Pennsylvania) was just like I remember. For you non-Pennsylvanians, shoofly pie is Pennsylvania Dutch layered pie made with molasses, eggs and baking soda.

This is definitely a restaurant I’ll be visiting again, although I’ll probably skip the small bites and cocktails. I’m looking forward to trying the grilled Caesar salad made with half grilled and half fresh romaine, the French onion soup, the five cheese truffled mac, root beer baked beans and the blueberry ricotta pancakes from the brunch menu. Small bites range from $8-$14, starters from $9-$12, a la carte proteins from $19-$36, shared sides from $6-$10 and desserts are $8. Second State serves lunch from 11 a.m.-5 p.m. Monday through Friday, brunch from 10 a.m.-4 p.m. Saturday and Sunday, and dinner from 5-10 p.m. weekdays and 4-10 p.m. weekend.