Samuelsson Shares Recipes from His Home

Five-time James Beard Award winning chef and Chopped judge Marcus Samuelsson’s previous cookbooks were recipes he had to tweak to make home-friendly, but in his newest cookbook Marcus Off Duty: The Recipes I Cook at Home, the Ethiopian-born, Swedish-raised, European-trained, Brooklyn-based chef and Top Chef Masters winner features recipes that started in his home kitchen.

Samuelsson was at the Sixth and I Historic Synagogue on Thursday talking about the book and signing copies for fans. The chef owns six restaurants in New York City, Chicago and Sweden.

In his latest cookbook, Samuelsson chronicles his life and travels through food, all translated in to the recipes he and his wife, Maya, cook for friends and family in the small kitchen of their Harlem brownstone. What we see is a humble mash-up off flavor-packed influences, from his grandmother’s Swedish kitchen to New-Orlean’s inspired chicken-fried steak on a salad that he learned from his mentor Leah Chase, to 158th Street plantanos mash inspired by the Dominican community in the area of New York City where Harlem turns into Washington Heights. 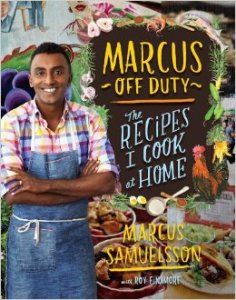 With each recipe Samuelsson shares its cultural influence and significance, and his personal inspiration with hand-written notes. Each chapter starts with music to cook by, playlists to create the ultimate home cooking experience.

He grew up cooking with his adopted Swedish grandmother and two sisters. “I still cook familiar, but a little to the left,” he told the audience. If he hadn’t been adopted by Swedes, “my food would have been completely different,” since herring, meatballs and pork wouldn’t have been his main staples. But he noted that in Ethiopia, people eat with spiritual compass. “In Ethiopia, people fast (in some fashion) 220 days a year, but then they break the fast and eat. In the U.S., we only do that maybe three times a year — Thanksgiving, the Superbowl and maybe the Fourth of July.”

Samuelsson said it is important to teach children to cook and to have dinner together at home. “Teaching someone to cook is just as important as teaching them technology and language” because it is their DNA, their tribe. But cooking and eating together isn’t valued like it used to be. “We have to train children that this matters — cooking, eating together and the conversations your have around the table.”

He encouraged the audience to bring new techniques and tastes into their kitchens. “You live in a city where you can eat from the world,” he said. “When I grew up and was learning to be a chef, the only food you were told that mattered was French food. I soon realized that was a lie.” He said $3 street food in Singapore or food from Japanese chefs who don’t speak French can be better than “food that matters.”

He said every kitchen should have a wok, a bamboo steamer, a cast-iron skillet and a pressure cooker.

When asked about opening a restaurant in D.C., Samuelsson skirted the issue saying “I love D.C. and what’s been happening in the last five years. D.C. is the (U.S.) ethnic center for Ethiopians. The DNA and drive means I cold do a restaurant here.”

Bethesda’s Roof restaurant has gone through a metamorphosis. The new Roof Kitchen & Bar, which will undergo a redesign featuring a casual dining area with pops of color, has already debuted it new menu.

Desserts include blackberry trifle with lemon cake; apple crumb cobbler and chocolate crème brulee plus an assortment of ice cream and sorbet ($9). Whiskey and after dinner drink selections are also well represented.

The bar features a variety of artisan cocktails, wines by the bottle and glass and bottled and on-tap beers. Happy hour runs from 3-7 p.m. weeknights, with an additional late night happy hour Thursday through Saturday from 9 p.m.-midnight. 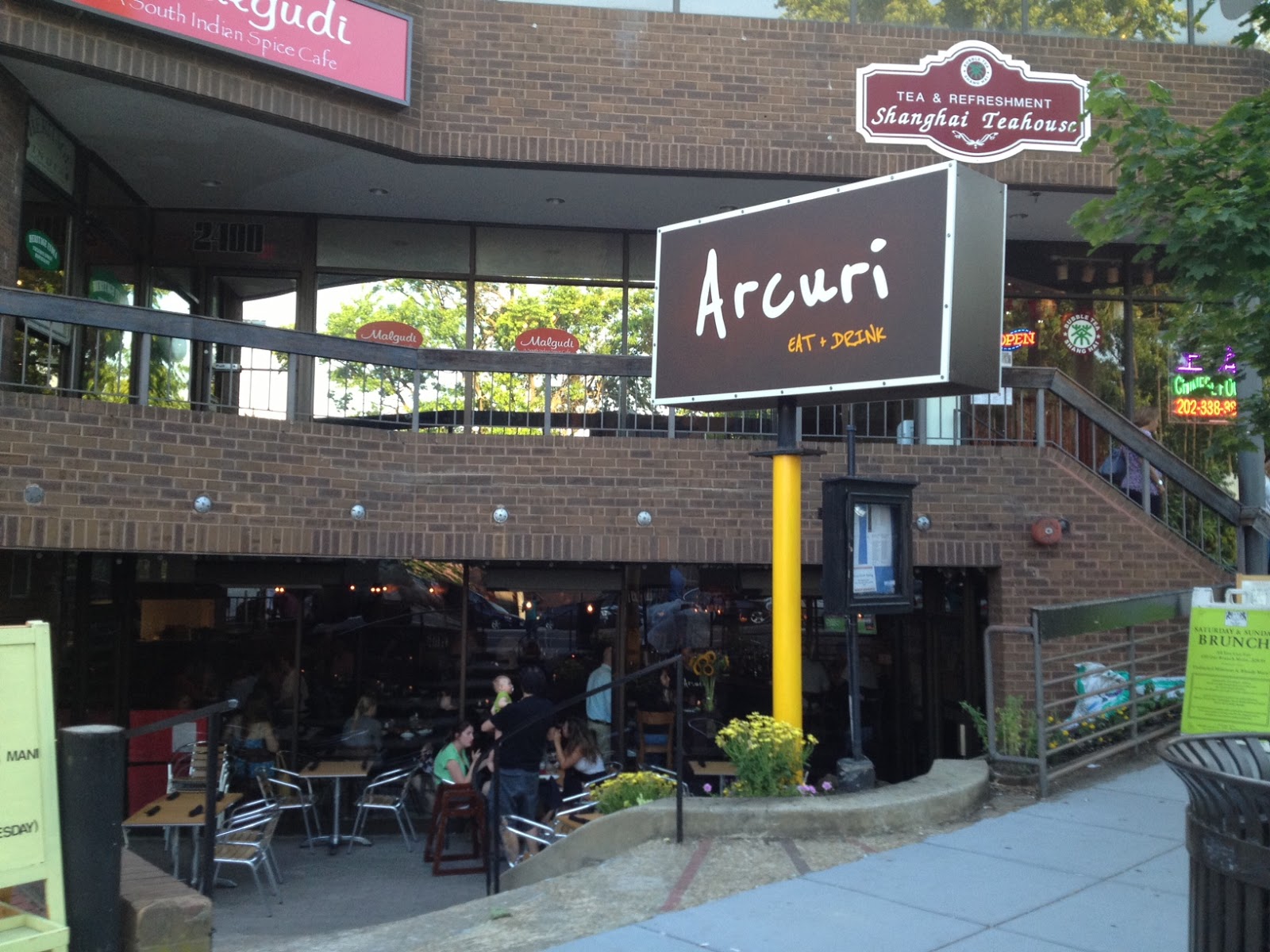 Diners have the option of ordering one of the restaurant’s wood-fired brick oven pizzas or combining toppings to create their own pizza. Pizzas include the broccoli rabe with tomato, garlic, fennel sausage and chili oil; gorgonzola bianco with speck, peach and balsamic vinegar; proscuitto with tomato, mozzarella and arugula; smoked buffalo mozzarella, guanciale, smoked pepperoni and scallion; or the new oven-roasted turkey pizza with chestnuts, cranberry mostarda, bacon and Brussels sprouts, which is available on in November. Pizzas are $15.50 for a 10-inch and $19 for a 14-inch.

Sandwich options include prosciutto, coppa and aged provolone; pepperoni, capicola and mozzarella; salami, mortadella and aged provolone; and veal and pork meatballs with tomato sauce and mozzarella for $9.50 each. Salad options include the house salad, Caesar salad or arugula salad for $8 each. Pizza-by-the-slice options includes cheese; pepperoni; veggie or special of the day. Pizza slices range from $3.50-$4 each. Guests can also opt for two slices of pizza and a small salad for $8.

Sean Brock, the James Beard Award-winning Chef of McCrady’s and Husk restaurants in Charleston, S.C., will be in the DMV this coming week to promote his new cookbook Heritage. His much-anticipated first cookbook reveals how the Wise County, Va. native is transforming American flavors by exploring our culinary roots. 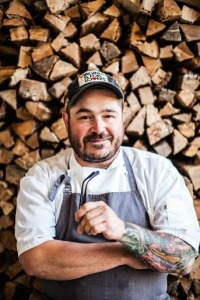 Each chapter begins with the deliciously accessible comfort food he cooks at home such as chicken simply roasted in a skillet or chocolate Alabama stack cake and builds toward the recipes that have made him a magnet for the global spotlight including roasted cauliflower with meyer lemon and pickled ramps and flounder crudo with rhubarb, buttermilk, radishes and sea beans.

On Tuesday, Nov. 18, he will be at America Eats Tavern from 6:30-8:30 p.m. Chef Nate Waugaman will prepare a taste from the cookbook. Guests will also sample local wines from Virginia’s Trump Winery and receive a signed copy of the book. The reception will take place in the front bar and private dining room in a passed bite/drink format.

America Eats Tavern is located inside the Ritz-Carlton at Tysons Corner, 1700 Tysons Blvd., McLean. Tickets are $60 and available here.

The following night, Nov. 19, at 7 p.m. Bock will have a conversation with Michele Kayal, a regular contributor to the Associated Press and the co-founder of American Food Roots, at the Sixth and I Historic Synagogue, 600 I St. NW. A book signing will follow. Bock will explain how his childhood in Appalachia — and especially the time he spent in the garden with his grandmother — gives context and inspiration to the food he cooks today.

Tickets are $15 each or two tickets and a cookbook for $40 and can be purchased here.

Chef Richard Sandoval, who recently published his Richard Sandoval’s New Latin Flavors cookbook with more than 125 recipes, will hold a launch party on Wednesday at Toro Toro, 1300 I St. NW. 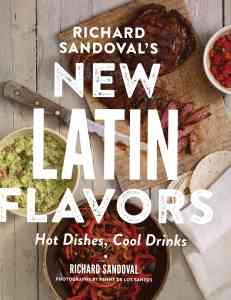 The cookbook hit bookstores and went on sale at Sandoval’s area restaurants including Masa 14, Zengo, Ambar, Toro Toro and El Centro D.F. this past Wednesday for $29.95.

From 6-9 p.m. on Nov. 19, Sandoval will host a book signing and reception. For $75, guests will receive a signed copy of the cookbook, unlimited appetizers from the cookbook including ham croquets, crispy shrimp, ahi tuna cerviche nikkei, Thai chicken empanadas, beer and corn anticucho, pots de crème and more, bottomless cocktails and wine, a meet-and-greet with Sandoval and a $25 gift card to Toro Toro.

The 2015 Beaujolais Nouveau debuts on Nov. 20. Beaujolais wines are aged longer than most wines in oak barrels prior to release. Recent years have seen a rise in the number of terroir driven estate-bottled wines made from single vineyards or one of the Cru Beaujolais communes.

Slate’s monthly wine tastings are done personally for each guest. The wines are explained in this intimate fashion not only to suit subjective taste profiles, but also to answer individual questions, paired with menu items and for a personalized experience.

Wine world tradition calls for a celebration of the end of the grape harvest and the first bottling of Beaujolais Nouveau on the third Thursday of November. From Nov. 20-23 between 5-10 p.m., Central Michel Richard celebrates the new vintage and offers up a few temptations from nearby Burgundy.

Central will feature 2014 Beaujolais Nouveau alongside some of its venerable Burgundian counterparts at special prices along with a collection of favorite high end pinot noirs and chardonnays.

Chef/partner David Deshaies has created a three-course seasonal menu, priced a la carte, to pair with the grapes. Featured dishes are crispy pork belly with braised green lentils for $14; filet mignon with syrah-shallot sauce, pommes noisette and Brussels sprouts for $34; and crepes suzette at $10 for dessert.

On Thursday at 7 p.m., Buck’s Fishing & Camping at 5031 Connecticut Ave. NW, will host a dinner for New York chef and author Gabrielle Hamilton created by guest chef Amy Brandwein of the upcoming restaurant Centrolina, slated to open next year in CityCenterDC. 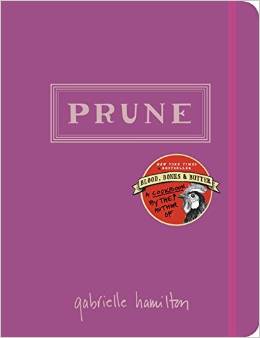 Hamilton is a James Beard award-winning chef and owner of Prune in New York City. She recently published her second cookbook, Prune.

Brandwein’s featured dinner menu is inspired by recipes from Prune as well as Hamilton’s time in Puglia, Italy. Buck’s chef James Rexroad will assist with the dinner, and the featured dessert will be created by chef Lauren Parlato of Little Red Fox.