Grip the Mat Teaches Yoga with a Twist

Grip the Mat is a new pop-up yoga studio that hosts social yoga classes with names like Bendy Brunch, Vinyasa to Vino and Balance and Brews. The classes are held in various locations around the city like the old Wonder Bread Factory in Shaw and the Hierarchy art gallery in Adams Morgan.

Grip the Mat specializes in social yoga classes where yogis from all levels are encouraged to engage in healthy practices and make new friends with similar interests. 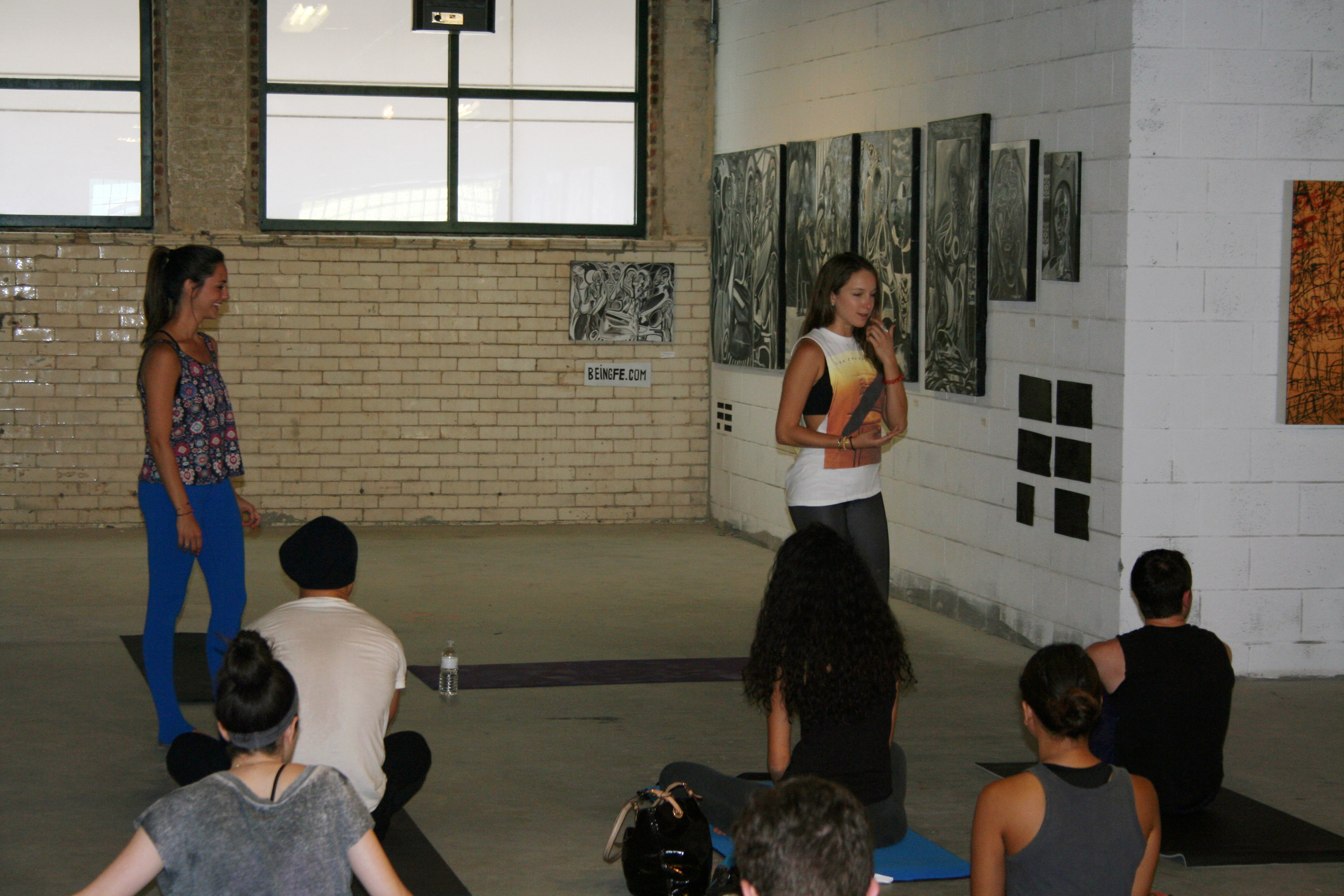 Founders Ashley Braun and Christy Skarulis met during yoga teacher training at The Studio D.C. Both are from Florida and former dancers. Braun, who moved to D.C. in 2013, started practicing yoga in 2009. Skarulis moved to the DMV to pursue an education in international affairs and dance. In D.C,, group yoga became even more integral in her life as she advanced in her studies and realized her need for a strong community and a healthy lifestyle.

At the end of September, Grip the Mat hosted Bendy Brunch as part of No Kings Collective’s fifth anniversary 100 Percent Bread art show at the old Wonder Bread Factory, which was held in conjunction with the D.C. Commission on the Art’s Art All Night event. 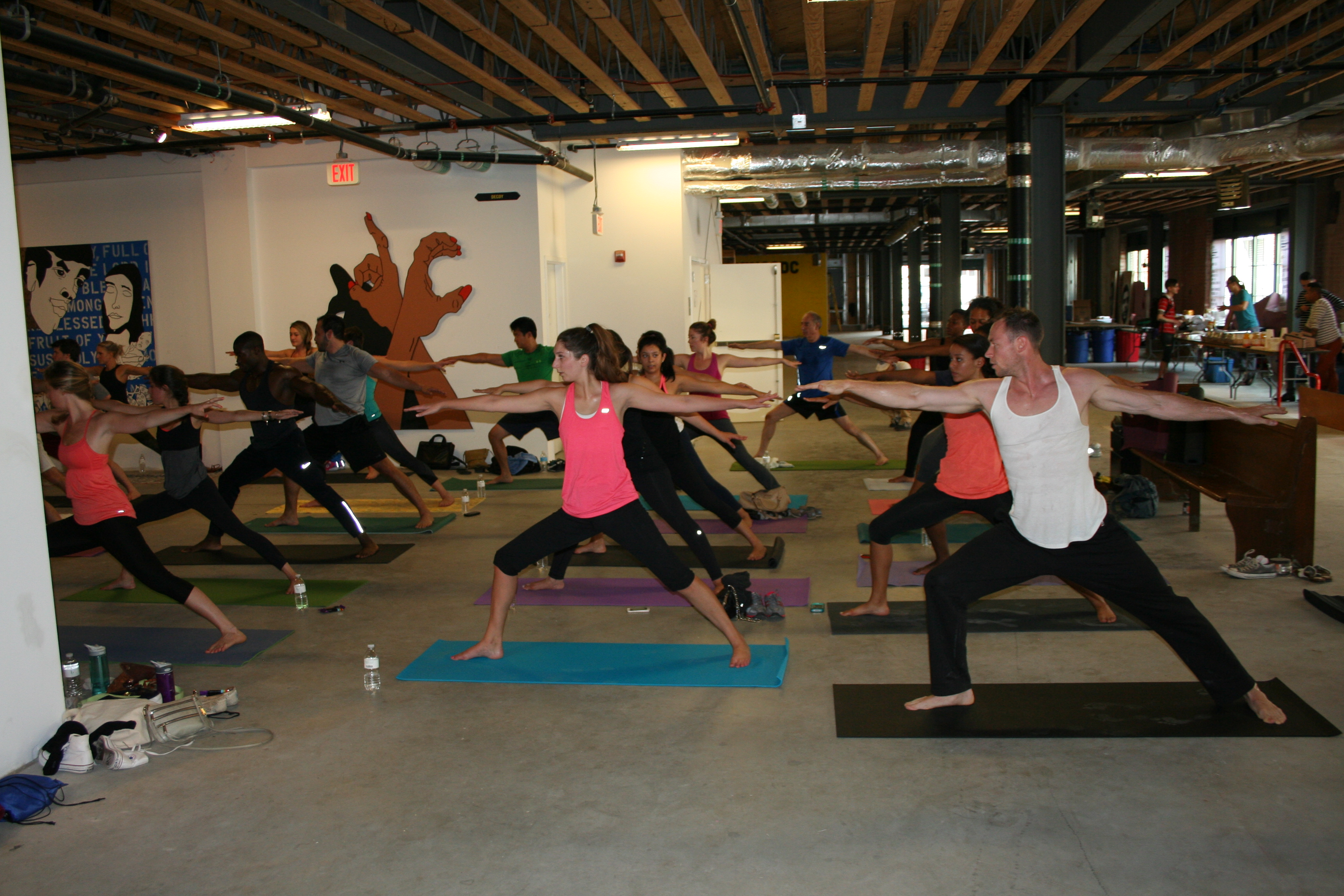 About 70 participants participated in the two sessions, which included an hour of yoga followed by brunch. Participants explored their doshas before having brunch of roasted chilled beats and goat cheese, spiced chickpeas with shaved fennel and sweet pickled onions, couscous with cherry tomatoes, zucchini and fresh herbs in a lemon vinaigrette and lemon grass chicken breast. There were also mimosas and pop tarts from Ted’s Bulletin. Another Bendy Brunch is scheduled for Nov. 2, but the time and location haven’t been released yet.

Tonight, Oct. 15, Grip the Mat is offering Balance and Brews from 5:30-8 p.m. on the rooftop of the Wonder Bread Factory, 641 S. St. NW in Shaw. For $25, the evening begins with a one-hour, mixed-level vinyasa yoga class and continues with a tasting of select seasonal craft beers.

On Oct. 25 from 7-9 p.m., Grip the Mat will host another Vinyasa to Vino at Hierarchy, 1847 Columbia Road SW (downstairs) for $20. Participants will have a one hour of yoga class in the midst of Hierarchy’s latest art exhibit – Made For This – highlighting emerging D.C. artist Superwaxx followed by a one hour wine tasting that includes four wines.

So if you’re looking to get centered while also mingling with like-minded people, check out one of Grip the Mat’s upcoming events.