The Year in Food

This year has been a bonanza for D.C. foodies. 2013 saw many restaurant openings, a few sad goodbyes and more than a little drama.

Without a doubt, most of the attention in 2013 was focused on 14th Street NW. You just can’t argue with a list stacked from top to bottom with trophy winners like Le Diplomate, Kapnos/G, Ghibellina, Pearl Dive, BakeHouse, Doi Moi and Garden District. Plus, Ted’s Bulletin has tip top doughnuts and there’s Peregrine for killer coffee. 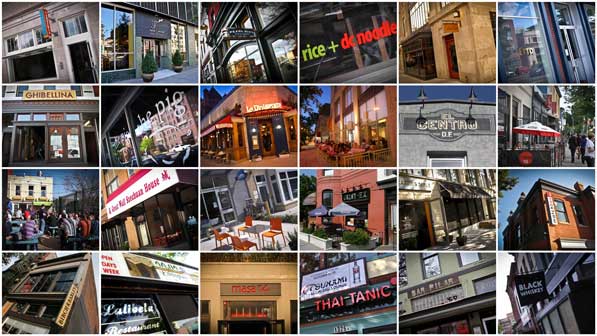 There is no other neighborhood with the number of restaurant openings that has created a huge impact on D.C.’s restaurant scene, even drawing national attention. From out-of-towners such as Stephen Starr and local chefs Ari Gejdenson, Mike Isabella, Peter Pastan and Amy Morgan all opening up shop.

With the empty buildings dwindling, we can’t imagine we’re going to see too many more new establishments opening in there in 2014, although we reluctantly anticipate a few closures — competition and all — but it’s not easy to get a table without a hefty wait, even on a weekday.

It’s too early to say the 14th Street corridor is the “best” neighborhood for dining. There are too many newcomers who will have to prove they can flourish with the increased competition. But 14th Street is the most exciting dining neighborhood of the year. But Penn Quarter with Jaleo, Rasika, The Source, Minibar, Fiola and Zaytinya are in for the long haul and will give the new 14th Street establishment a run for their money. And the Shaw neighborhood with its new food offerings like Baby Wale, Tally, Southern Efficiency, Mandalay, Mockingbird Hill and Right Proper Brewing Co. will challenge the 14th Street eateries as well. 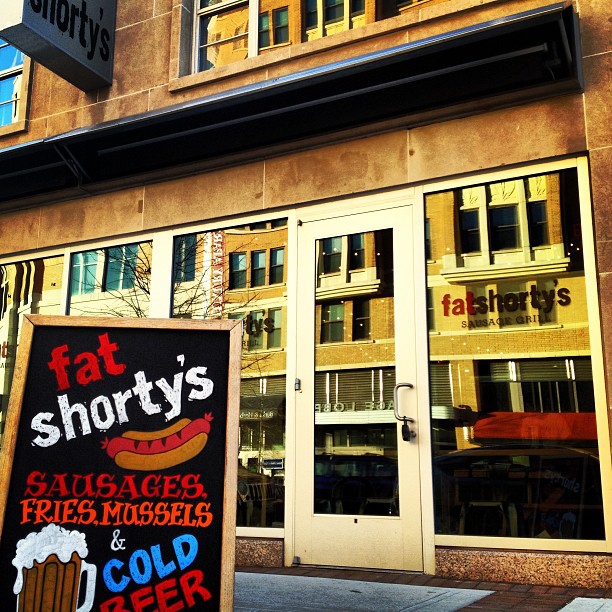 Fat Shorty’s sausage grill in Clarendon was one of 2013’s restaurants that didn’t last a year. (Photo: Rock Harper via Instagram)

Two notable restaurants opened and closed in 2013. The first was Fat Shorty’s, the sausage grill with mussels and Belgian beer from Hell’s Kitchen winner Chef Rahman “Rock” Harper and restaurateur Aaron Gordon, which opened in Clarendon in April and had closed by October. Gordon is also the owner of Drafting Table, which opened on 14th Street NW in October 2012, and Bar di Bari, both of which opened in the same neighborhood in June of this year. Gordon said he had a buyer for the building and had decided to concentrate on his other ventures.

The other closing was Azur, the three-story seafood restaurant in Penn Quarter from chef Frederik De Pue. It opened in June, but by October it had also closed. De Pue said the number of diners just wasn’t enough to keep the large restaurant open. The chef, who owns the building, will next try a multi-concept plan to get customers in the door. Set to open in January, Menu will be a market on the ground floor, serving up produce, sandwiches and soups. A bar will open on the third floor with a lounge component during later hours. There will also be a 40-seat restaurant on the top floor serving pastas and American fare, with a bigger beer program than Azur had. The second floor is all kitchen.

This week is a time to reflect on 2013. But it’s also an opportunity to look ahead to next year, which should still provide plenty of restaurant excitement.

Some restaurants set to open this winter in addition to Menu include: