Sexy Abs: Eat This to Get Them… 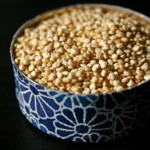 Quinoa has been called a"superfood" by NPR, Men's Health, and various other media outlets.

If you want to go into the warm weather season with a flat and toned stomach, then exercise is not enough.

You must eat right, too, according various physical trainers, dietitians and fitness experts.

The combination of exercise and healthy eating is how Oprah Winfrey’s former personal chef, Art Smith, lost more than 100 pounds over the past year.

He says he did it – in part – by eating quinoa, a fluffy grain from the Andes region of South America that is high in protein, fiber and amino acids. “Quinoa is really the ‘Mother Grain’,” says Smith.

Spice Girl Mel B is also a fan of the grain. “I have to eat, and I’m addicted to quinoa,” says the Dancing With the Stars alum to People magazine. 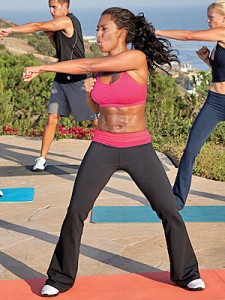 Whoa Mama: Mel B, a mom of two, works hard to get ripped abs.

Quinoa was also listed as one of the Top 50 Spring Diet Foods for Weight Loss by Shape magazine.

Want to get in on the quinoa action? Then check out this recipe from Smith, also available to order from the menu at Art and Soul DC on Capitol Hill.

FIT & FAB ADVICE
For more healthy eating and fitness tips, check out my “No Excuses Fitness Challenge” article in the March issue of Essence magazine.

A fit & fab Angela Bassett graces the cover of the March 2011 issue of Essence.

My article, featured on page 150, is for women who’ve tried everything, but nothing has seemed to work. In it, celebrity trainer Kacy Duke, who has whipped everyone from Julianne Moore to Denzel Washington into shape, gives hard-hitting, no-nonsense advice on how to quickly shed the L-Bs. 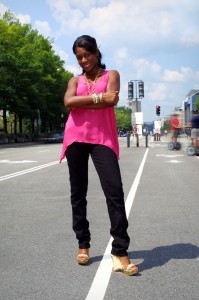