“What really matters is what you like, not what you are like. Books, records, films — these things matter. Call me shallow; it’s the fucking truth,” John Cusack told the camera in High Fidelity, the 2000 film adaptation of Nick Hornby’s novel about a mopey, pop-culture-obsessed record-store owner named Rob Gordon. This character established a certain kind of misogynist nice-guy character, who justified his self-absorption and womanizing behavior because in his moral universe, having “good taste” in art was more important than treating people well. 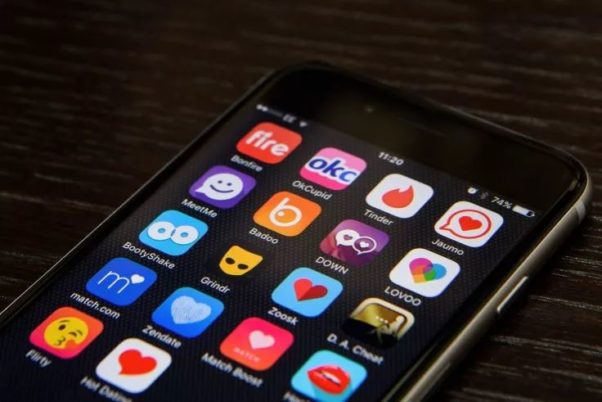 Can an algorithm really found your soul mate? With so little else to work with, stumbling upon a profile that reciprocates a few of your opinions and preferences can be a lifeline when you are drowning in a sea of prospects. (Photo: Getty Images)

While Gordon’s painstaking approach to romance came well before dating apps, in a way, his analog technique foreshadowed the algorithm that now dominates our romantic pursuits. It is easy to imagine him abhorring (or falling for) a woman based on whether she listed the “correct” pop-culture references. (And surely his profile would contain a novel-length list of desert-island favorites.) To his credit, it is thrilling to find someone who loved a movie or an album as much as you did. The mutuality implies a certain overlap of sensibilities, and thus potential for relationship compatibility. On the other hand, similar taste in pop culture represents a mere fraction of what goes into actual partnership, which is a big part of why dating apps today are so frustrating. It is enough to create an initial spark, sure, but that is about it.

Over the years, Gordon-esque characters began popping up more and more. He appeared again in The O.C.’s Seth Cohen (Adam Brody), a nerdy yet charming teen who famously gifted his dueling crushes, Summer and Anna, each a “Seth Cohen starter pack” containing all his favorite things. Today, an extreme version persists in Netflix’s You: the Guy in Your MFA turned literal stalker/serial killer, played by Penn Badgley. In perhaps its most elitist iteration, this guy stars as the literary playboy of the decade in 2013’s The Love Affairs of Nathaniel P, novelist Adelle Waldman’s searing depiction of an ambitious young Brooklyn writer and the women he fancies.

Describing Nate’s sense of a girlfriend at the beginning of their relationship, Waldman writes, “Nate was terrifically impressed by her. She dropped casual references to the work of aging intellectuals who contributed to the New York Review of Books…. And so attractive.” But as the relationship progresses, he notices that “other times, railing against the ‘male literary establishment,’ she’d assert…the value of some schmaltzy if well-meaning piece of middlebrow fiction…. Those were the books she really liked.” Later on, he thinks, “While she was still beautiful, she’d lost some of the freshness that she’d had when he first met her, when she was brand-new to the city and adult life and the literary scene…. Over time, the very quality that he had been drawn to, that indisputable first-rate-ness, had begun to diminish.”

The constant cross-examination of romantic partners by these self-proclaimed arbiters of taste, steadily keeping score of their lovers’ cultural cachet — a plus here, a minus there — which they will eventually calculate into a total, sweeping character assessment, closely resembles how we are set up to evaluate prospects on dating apps. You have the OK Cupid model, which quizzes users on their likes and dislikes and then creates an algorithm to match them accordingly. Then there is Tinder, which provides a blank field for singles to write a few lines about themselves, signaling the personality traits that might make them the most swipe-right-able — and which, as a strategy to make oneself stand out among the sheer volume of profiles, encourages bold yet arbitrary declarations of taste, from liking tacos to preferring Parks and Rec over The Office. Hinge similarly gives users opportunities to assert their personality via hot takes, in the form of answers to prompts like, “Did Jeffrey Epstein really kill himself?” or “I won’t shut up about ____.” 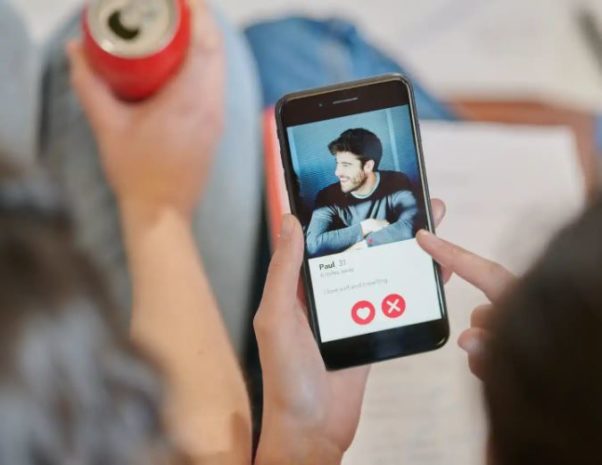 How much does having things in common actually matter in the quest for a partner? (Photo: Swipe Left)

With so little else to work with, stumbling upon a profile that reciprocates a few of your dearly-held opinions and preferences can be a lifeline when you are drowning in a sea of prospects you can’t distinguish from one another. Alternately, a belief you instinctively hate can be the red flag you need to justify swiping ahead in search of a more compatible mate.

Sociopathic nice guys aside, how much does having things in common actually matter in the quest for a partner? I have certainly experienced that dopamine rush when you realize you share the same favorite book as somebody, and you’re both excited to talk about it; on one level, you are making a connection, and that can feel like the first step toward intimacy. I’ve also gotten so heated arguing over a movie with the person I was seeing that I considered breaking up with them.

But when liking (or not liking) the same things becomes an excuse to make a superficial judgment, or to assert your superiority over someone, that’s veering into Nathaniel P territory. I have found myself in conversations where a man, in finding out that I, too, am a fan of an artist like, say, Sun Kil Moon, will initially appear impressed, but then proceed to quiz me on every obscure recording until he finds my blind spot of knowledge. Rather than flirting or bonding over a band we both like, suddenly I am partaking in a pissing contest or some nerdy version of negging. In that moment, I am convinced I never want to engage in mutual fandom ever again. (If Twitter has taught us anything, sometimes the discourse can ruin the art.)

Ideally, it matters to me that the person I am dating wants to see at least some of the same movies, go to the same shows and can relate about why a particular work of art is so affective; but at the end of the day, I care more that they aren’t an asshole.

While having things in common does matter in a relationship, “shared values are more important than shared interests,” according to Rachel Sussman, a licensed psychotherapist and relationship expert. “[Values are] how you see the world; it really goes to the core of who you are as a human being.” 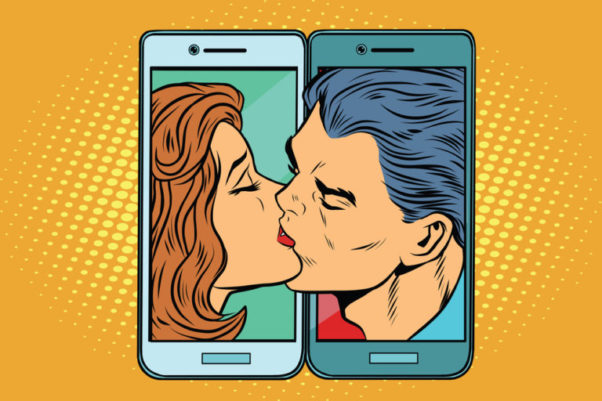 While having things in common does matter in a relationship, shared values are more important than shared interests.
(Graphic: Thematic)

Sussman offers the hypothetical example of a couple starting out, who are excited to find that they want to see the same movies, eat at the same restaurants. “And then you get to know the person, and you see they don’t treat their parents very respectfully, or don’t really want to hang out with your friends, or they tell a story about someone at work who is struggling but they don’t really have empathy for that person,” she says. “You might start to think, ‘Well, wow, we have a lot in common, but we don’t share values. I don’t like the way they’re talking about that, they don’t have compassion.’”

The way that dating apps are set up today — with “everything done in soundbites,” as Sussman puts it — makes it challenging to learn much of substance about a match, pre-date. “I hear so many stories about bad first dates, and I say, ‘You have to vet them better,’ and they say, ‘It is hard, there is so little information,’” she says. At the same time, of course, a person could look great in their profile and share the same niche obsession with, say, doom metal, but what if you meet in person and the spark’s just not there? Having shared interests is no guarantee you will click in real life. Anna custom draws Seth Cohen a comic book — she really gets him! But it was Summer rocking a Wonder Woman costume that lassoed his loins and, eventually, his heart.

Attraction is a complex equation, one that can’t be worked out with the sum of common interests, and it doesn’t always make sense on paper. Nate P actually ends up with Greer, a girl he finds definitively hotter and more glamorous than his ex Hannah, but also ditzy, overly emotional and certainly not an intellectual equal. In the context of their magnetic physical attraction, though, he becomes more forgiving: “If Greer wasn’t rigorous or self-critical, she was impassioned and empathetic….what Nate had once taken to be a certain artificiality on her part, he came to see as theatricality, which was different and was part of what made being with her so vivid.”

There are so many factors that go into romantic compatibility; you probably need to strike a balance of attraction, shared values and interests, and mutual respect. But couples that last recognize that passion can fade; preferences and political views shift over time. It comes down to commitment and being willing “to really work at a relationship,” Sussman says. “People definitely change — you are supposed to change. And that is the rub, if couples can grow and change together.” Remember that the next time you see someone’s profile mention your favorite album by the Replacements and the wedding bells start ringing.