In the world of dating, it isn’t like it used to be. Dating is so hard now in comparison to how it was 50 to 60 years ago. Back then, if a guy had his eye on you, you were it. His game plan was to get you and only you. His only roadblock was your father. If he could meet your father and make a good first impression, your potential beau would get his approval. Once your father gave his approval, you love birds could get married and ride off into the sunset. Your father’s approval was the only good impression you needed to make. Things are a little bit different today. 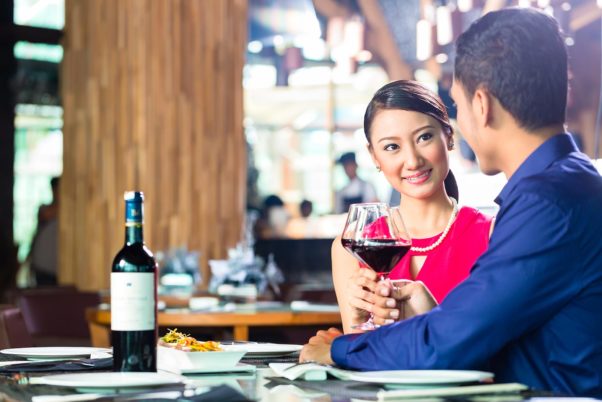 Back then, making good first impressions were more so for men to make the women fall in love with them, but today, both men and women have to put in work to make good impressions for each other because there is so much competition out there. Well, there is always been competition, but in today’s digital world, there are so many different ways to get beat by your competition.

It used to be that the only way you met people was in person or over the phone (usually from a friend setting you up), but now you can get knocked out of the game from someone he met on the internet or from social media. So, ladies, dating has now become the survival of the fittest, and if you don’t make that good first impression, you will be left to fend for yourself again.

In fact, according to the New York Post, it only takes 27 seconds for anyone to size you up and make a first impression of you… whether it is a good impression or a bad one. Because of that, dating is all a game if you really think about it.

If you are single and getting into the dating game, you have to be ready to play and you have to be prepared to compete. The whole point of going on a first date is to what? See if it will lead to a second date. If it leads to a second date, what is the end goal of the second date? For it to lead to a third date and so on and so forth. Well, think of those dates leading to the next date as levels of a video game.

Each date you go on is like advancing to a new level on a video game. The further you get in the game, the more intrigued you are at each level you make it to. In the game of dating, that translates to the levels of interest he’s finding in you. Trust and believe, if a man went on a first date with you and didn’t find you interesting, he isn’t going to ask you on a second date.

Playing the game: The practice level

Okay, so you know how most video games have a practice mode? Well, the game of dating does too. On video games, practice mode is where you can practice different moves, toggle with the different buttons and learn different skills on your own before playing the actual game. The same theory applies to dating too. The practice level of dating is where you take the time out to work on yourself before putting yourself in the actual dating game. It is all about preparing for your first date.

Once you have gotten all your practice in and worked on your moves, you are ready to play the actual game. So put your game face on and let’s see if you can beat the game and snag yourself a long-lasting relationship.

Arrive to the date on time

This is a big one for suitors who are serious about dating. Showing up on time to a date lets him know that you are serious about dating and more so serious about your interest in him. If you are going to be late, you want to at least call him ahead of time to let him know you are going to be late. No one likes their time to be wasted. Also, to prevent being late, you should leave 10-20 minutes before the time you planned on leaving, just in case you run into issues with traffic or parking.

Again, this is a “power move” that you want to break out at the very beginning. Smiling makes you appear friendly, approachable and just fun to be around. Also, your smile is the very first thing really notices about you, so flash that smile and have him smitten the rest of the date.

Say his name in conversation

When conversing with him, say his name on occasion throughout various conversations. It makes things more personal and a little flirtatious too. Saying things like “So Michael, what made you choose this spot for a first date?” Saying his last name is even more flirtatious. “Well Mr. Smith, I had a really good time with you. Call me later?” It works.

Keep the conversation light and fun

Dating is supposed to be fun. Your date isn’t supposed to be a th6y6yerapy session, so no discussions about past relationships, politics or religion. Those subjects are too touchy for first dates. Discuss hobbies and interests, TV shows and movies, traveling, etc.