When the Washington Nationals take the field at 1:05 p.m. Thursday, Mar. 28, for opening day against the New York Mets, there will be a new food and drink lineup awaiting fans along with some other changes. 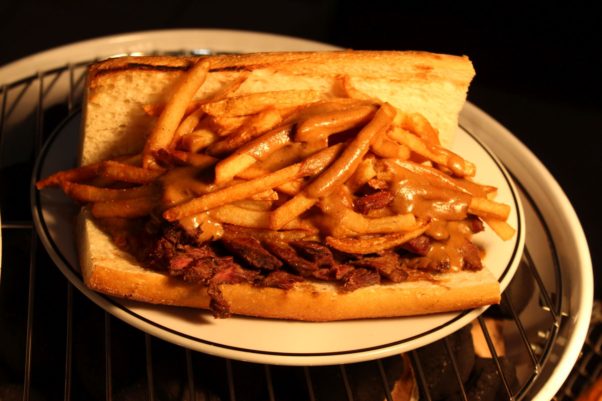 Medium Rare will serve its famous steak, fries and signature sauce all wrapped together in a steak sandwich.
(Photo: Mark Heckathorn/DC on Heels)

Over the off-season, the Nationals partnered with several area restaurants to bring them to the ballpark this year.

“Our fans want variety and they love local,” said Jonathan Stahl, vice president of ballpark operations and guest experience. “So we tried to figure out a way to best partner with a variety of local restaurants. The restaurant scene in D.C. is just exploding and continues to do so.”

The restauranteurs don’t actually operate the stands, which are run by the park’s concession partner Levy, Stahl said, but they develop the recipes and make spot checks to ensure the food is up to their standards.

“Being a part of the fabric of D.C. is important,” Stahl said. “The off-season gave us time to find more partners.”

Food delivery company Caviar will have its first-ever stadium concession stand. Fans can open the Caviar app from their seats in the ballpark and order ahead for pickup at the concession stand, skipping the line and saving time. Fans will receive a notification from the app when their food is ready for pickup. Caviar will partner with a different local restaurant each month starting with Tiger Fork. Others will include Mason Dixie Biscuit Co., Duke’s Grocery and Toki Underground in coming months. On the menu from Tiger Fork is barbecue ribs, dan dan-style sloppy Joes and bubble waffles with ice cream. 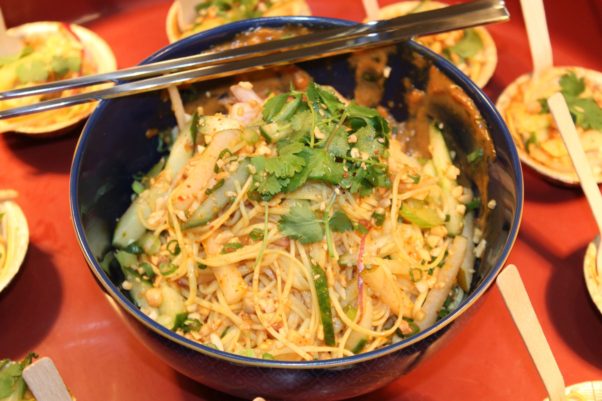 Anna and Shawn Leis bring their popular empanada purveyor from Union Market to the ballpark. Menu options include a buffalo chicken empanada and a spinach and feta empanada, among other flavors.

The Georgetown bakery that helps veterans will provide baked goods for the fans in private suites, but won’t be available to the general public.

Chef Jamie Leeds brings her flagship restaurant to Nats Park. Last year, Hank’s was one of the rotating restaurants at Grace’s Kitchen, which showcased women chefs and replaced embattled chef Mike Isabella’s stands after a former top manager sued him for sexual harassment. The stand will serve oyster and shrimp po’boys, fish and chips, fish sandwiches and Old Bay fries.

The family-owned oyster farm that has been raising oysters for 13 generations on Maryland’s Eastern shore will serve oysters on the half shell. Rappahannock Oyster Co. will also sell oysters at the stand.

Hebrew National will replace Nathan’s (which replaced Hatfield Franks last year) as the team’s exclusive hot dog supplier. “Taste of the Majors” stands throughout the stadium will offer a rotating selection of specialty hot dogs, including New York pastrami and Philly cheesesteak, depending on the Nationals’ opponent. 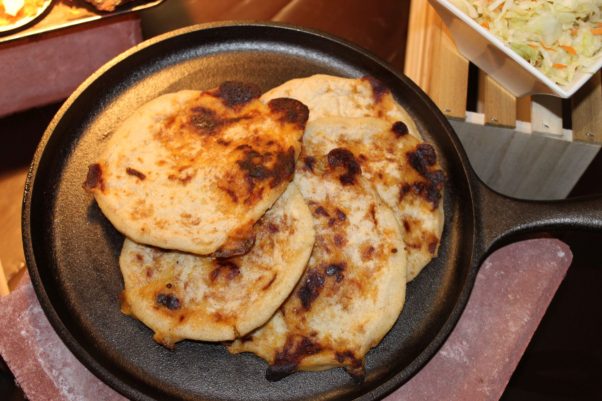 A latecomer to the concession roster last season, now has a larger, permanent stand. The Silver Spring-based Salvadoran restaurant sells pupusas, including bean and cheese, chicken and cheese, and revueltas (crispy pork) and cheese.

The D.C. restaurant known for its steak, fries and signature sauce will be serving all three wrapped together on a single bun with its steak sandwich. 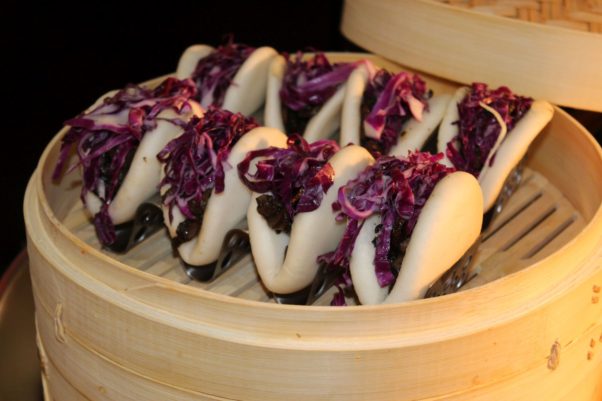 Meaning “walking taco,” this concession serves all the ingredients of a taco including corn chips, chili, cheese, tomatoes, jalapenos, sour cream and hot sauce in a recyclable container.

As for beverages, the team has a new Stella Artois Lookout Bar near Section 205. The pregame happy hour is back at the Budweiser Terrace with 16-ounce Bud and Bud Lights available from when the gates open until 30 minutes before the first pitch. The District Drafts program will offer a rotating selection of beer from D.C. Brau, 3 Stars, Atlas, Port City, Old Ox, Fair Winds, Right Proper, Hellbender and, new for this season, Denizens. Prices will be as high as $16 for a 24-ounce draft or 25-ounce premium can. Anheuser-Busch remains the National’s primary beer partner, although eight Miller Lite taps will be available throughout the park.

Other gluten-free and gluten-reduced alcoholic beverage options include Omission (lager and IPA) and Redbridge. Bon & Viv spiked seltzer will also be available, along with a new gluten-free Hibiscus lemonade from Devils Backbone.

If you want something harder than beer, Republic Restoratives will be the exclusive vodka purveyor for the concessions with its Civic Vodka. (Other brands will be available in the private clubs. The Cocktail Counter near Section 107 will sell frozen and handcrafted cocktails. 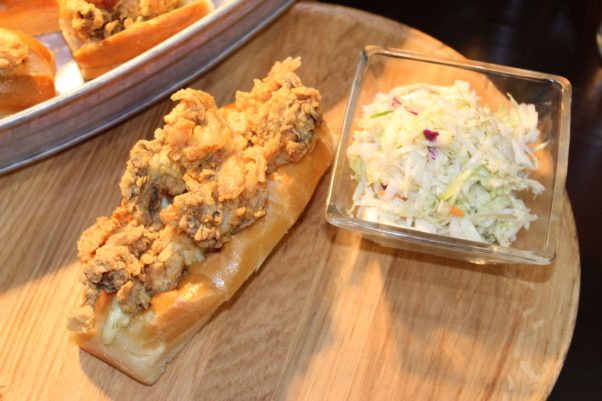 No cash? No problem

This year, the Nationals partnered with Square Terminal so about half the hawkers who roam the stands selling everything from beer and soda to peanuts, Cracker Jacks and cotton candy will be able to accept Apple Pay, Google Pay and credit cards n addition to cash.

Probably the biggest change is the ban on backpacks. The Nationals Park is the first MLB park to ban them.

“Fan safety is No. 1. We want to make sure everyone feels safe when they come to the ballpark,” Scott Fear, vice president of public safety and security, told reporters during a media preview last Thursday. “We tried to eliminate one bag that we feel will make the stadium safer and much more secure, by prohibiting the back that has the most compartments. We’re trying to make the screening process more efficient and safer for everyone that’s entering the stadium.”

The Astros, Cardinals and Tigers also ban backpacks in their ballparks.

Fans with backpacks larger than 16-by-16-by-8 inches have the option of putting them in lockers that will be available outside the park on First Street SE and the south entrance along Potomac Avenue SE. The cost is $2 per hour for a smaller locker (10-by-15-by-22 inches) and $3 per hour for a family-sized locker (15-by-15-by-22 inches) that can fit more than one bag. Prices are capped at $10 and $15, respectively. Drawstring bags, which were given out at Monday’s last exhibition game and will be available free in the team store while supplies last, are allowed, as are purses, briefcases, diaper bags, soft-sided coolers and backpacks used for ADA/medical reasons.

In accordance with D.C. law, plastic straws will no longer be available at Nationals Park. Souvenir cups will come with a specially designed lid that does not require a straw to drink through, while paper straws will be available at select stands, including District Coolers. All disposable food items, including plates, cups, cutlery and trays will be compostable or recyclable this season. To further reduce their carbon footprint, the Nats installed 4,080 solar panels on the C and Geico parking garages near center field this spring.