Chef José Andrés is opening the fifth location of his Jaleo Spanish tapas restaurant and a brick-and-mortar location of his Spanish sandwich food truck Pepe in Disney Springs at the Walt Disney Resort in Florida, the company announced last week. 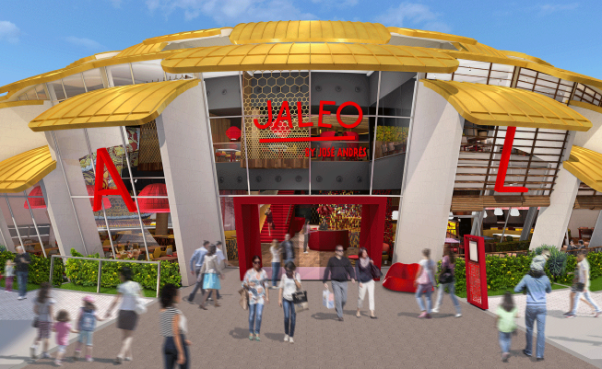 José Andrés will open his fifth and largest Jaleo and the first brick-and-mortar location of his Pepe food truck at Disney Springs in Orland. (Rendering: Jaleo)

Pepe — which will be attached to the newest Jaleo — is expected to open in Disney Springs in winter 2019. While the Disney location of Jaleo will serve the restaurant’s familiar tapas, paella and sangria, Pepe will serve tourists authentic Spanish sandwiches, including bocatas made with Spanish bread, and bikinis, a thin ham-and-cheese sandwich.

Pepe will have both grab-and-go and sit-down service, with sandwich options like Pollo Frito, made with breaded chicken breast, aioli, bravas sauce, piparra peppers, gem lettuce and sherry dressing; and Serrano y Manchego, served on crispy pan de cristal (similar to ciabatta) with tomato fresco. The menu will also include salads, soups, side dishes and sangria.

Pepe’s atmosphere will be casual, accented by a large mural created by Marc Jesús, a Menorcan painter.

The attached 22,000-square feet Jaleo — the largest to-date — will have two floors with a central courtyard, as well as some private dining space.

Long Shot Hospitality, which also owns the Navy Yard’s Salt Line restaurant plans to open the New Orleans-inspired Dauphine’s in the 14-story Midtown Center, the new building at the former Washington Post site at 15th and L Streets NW. It is expected to open this coming fall. 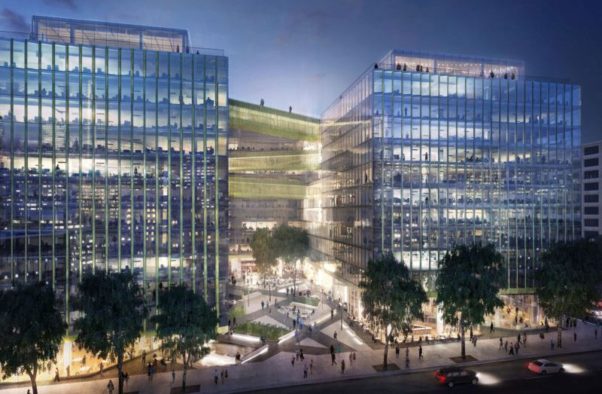 The team behind Salt Line in Navy Yard will open the Nor Orleans-inspired Dauphine’s in Midtown Center on the site of the former Washington Post building. (Rendering: Carr Properties)

The 145-seat multi-level restaurant will have a 150-seat outdoor alley with a bar and casual dining tables. Designed by Grizform Design Architects and the General Design Co., it will have a palette of greens and corals, graphic floor tiles, modern bistro seating, ferns and wrought iron in a contemporary glass building that will be the new Fannie Mae headquarters. Central charcuterie and raw bars beneath a pavilion, a sunken dining room and a mezzanine dining level will offer a variety of spaces under the same roof, while the adjacent outdoor space will be a more casual open-air gathering place, sheltered from the elements and complete with fountain and fire pit.

In the kitchen, chef and partner Kyle Bailey will serve raw bar offerings, savory snacks, small plates, sandwiches and entrées from seafood to charcuterie with a menu based on New Orleans favorites.

The Long Shot team will partner with New Orleans-based Cure Co., to develop the beverage program. Expect to see New Orleans classic cocktails and riffs offered inside the restaurant, and a more playful selection outside. 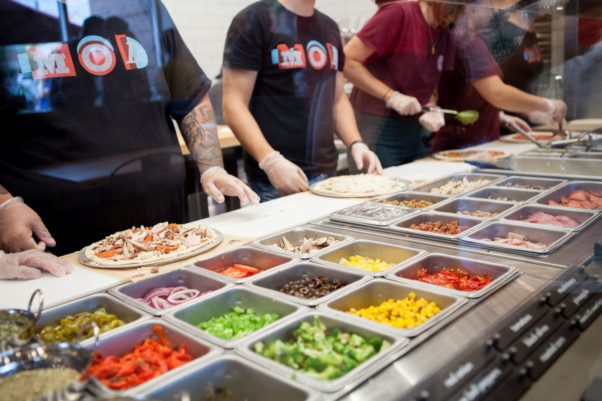 The chain, which has locations in Silver Spring and Riverdale Park, serves individual, artisan-style pizzas and salads made on demand using a combination of more than 30 toppings, all for one price. The pizzas are hand-cooked in just minutes and salads are individually hand-tossed for each customer. The menu is rounded out with signature cheesy garlic bread, “No Name Cake,” handspun milkshakes, house-made lemonades and iced teas, and local craft beers and wine.

Red’s Table, 11150 South Lakes Drive, Reston, has added 11 new winter cocktails featuring seasonal ingredients along with house-made reductions and syrups ideal for sunset sips overlooking the lake on the restaurant’s 60-seat heated back patio, complete with covered awning. The cocktails are available until Mar. 20, the first day of spring. 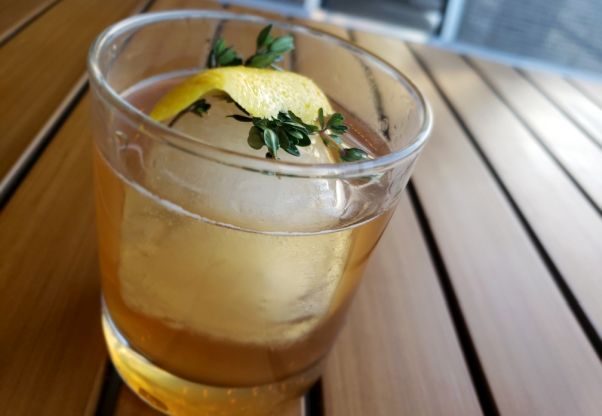 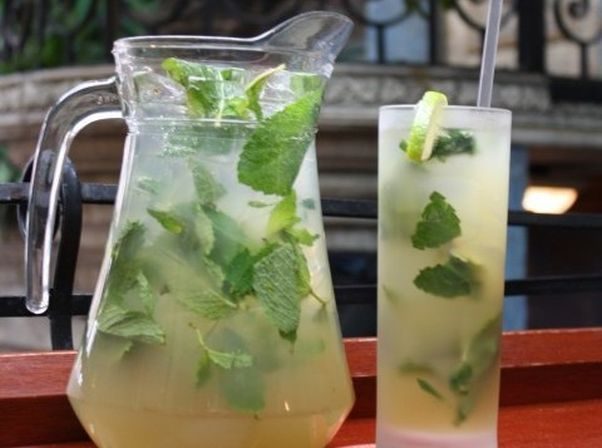 Cuba Libre’s version is made from a combination of freshly pressed sugar cane (called guarapo, which is pressed in-house), fresh lime juice, mint, Cuba Libre branded white rum and a splash of soda and is one of twelve handcrafted mojitos available at the restaurant. Other popular flavors include passion fruit with Don Q passion fruit rum and passion fruit purée; coconut with Don Q coco rum, Coco Lopez and Barrow’s intense ginger; mango with Brinley Gold Shipwreck mango rum; and the Pyrat XO with Pyrat XO reserve rum. Mojitos and sangrias are regularly priced from $41.50-$65 by the pitcher. No-jitos are regularly $22 per pitcher. Cuba Libre’s Mojito Monday special will be available all day. 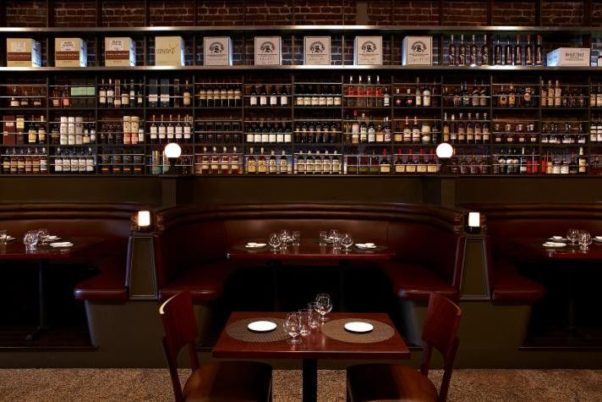 Jack Rose is extending its happy hour specials past the workweek, introducing a 7-days-a-week Winter Social Hour from 5-7:30 p.m. with prix fixe cocktails, wines, whiskeys and snacks. For $35, guests can gather at the saloon and rooftop terrace bars and choose a combination of any four beverage and/or food options from the 10-item menu, which features two cocktails, a red and sparkling wine, two hand-picked whiskeys and four seasonal bites.

The restaurant is also offering a series of three weekly date nights from 5-10 p.m. every Monday, Wednesday and Friday in the saloon and underground whiskey cellar. #JustMetMondays features a tasting of casual snacks and drinks for $70/couple.

#WorthwhileWednesdays offers savory-sweet bites and cocktail tasting in the whiskey cellar at 6:30 p.m. and 9 p.m. For $90/couple, duos can enjoy four savory and sweet bites paired with four innovative half-cocktails

#FatedFridays rounds out the week at 6:30 p.m. and 9 p.m. with a five-course prix fixe shared dinner and beverage pairing in the basement bar. For $120/couple, diners will get five courses each paired with a curated beverage. 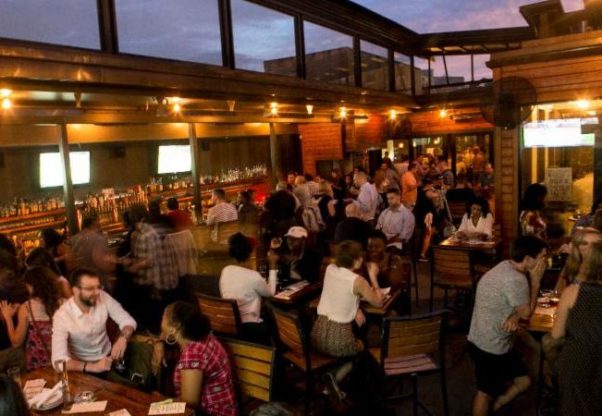 While airing the big game on the heated rooftop terrace’s four jumbo-sized flat-screen TVs, the restaurant will host a www.jackrosesuperbowl2019.eventbrite.com ticketed viewing party. For $50, attendees get endless bowls of five different varieties of chili, ranging from a classic chili with ground beef, red peppers, onions and chilies topped with sour cream, cheddar and scallions; Frito Pie with classic chili, Fritos and cheese; pozole verde with hominy and chicken; a Texas short rib chili with red beans and braised short rib; and a vegetarian chili with beans, corn and millet. Tickets also include unlimited craft beer featuring 15 canned and draft brews.

The heated, weather-proof rooftop will also be open to the public, starting at 5 p.m. (the game begins at 6:30 p.m.) with no admission and food and drink available a la carte. All chilis will be $9/bowl and served with all the fixins, while drink specials will include $6 beers, $8 hot-tails and $10 cocktails. The regular terrace food menu will also be available.