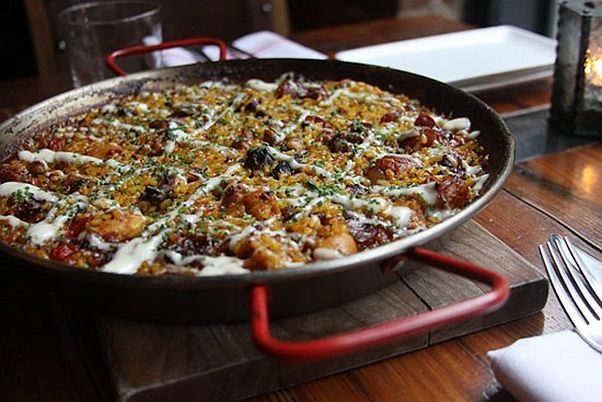 Eastadio is now an independent restaurant and will open a second location in Charleston, S.C., which will also serve is Spanish cuisine including paella. (Photo: Estadio)

Owner Max Kuller, son of Fat Baby founder Mark Kuller, who died from cancer in 2014, has split from the company now owned by his uncle Jason Kuller, which also owns Doi Moi on 14th Street NW and Proof in Chinatown.

He plans to open a smaller 57-seat version of the 14th Street Spanish spot this winter in Charleston, along with members of the D.C. restaurant’s opening team, chef Rufino Bautista and barman Adam Bernbach. The Charleston City Paper reported that Charleston chef Alex Lira, formerly of Lot and Bar Normandy, will lead the kitchen initially.

“We want all our restaurants to do well. They’re all my dad’s legacy, and we decided to reorganize in a way that we can focus on the things we’re passionate about,” Max Kuller told Washingtonian magazine. He began his industry career at the Spanish spot, working his way up from a server to wine director.

Charleston was a big draw because of its lack of Spanish tapas spots and its reputation as an established food town.

As for the D.C. location, no major changes are planned, although gin lovers will find Bernbach, who previously lead neighboring cocktail bar 2 Birds 1 Stone, is devoting more time to growing Estadio’s beverage program—especially rare and vintage gins procured on frequent trips to Spain. 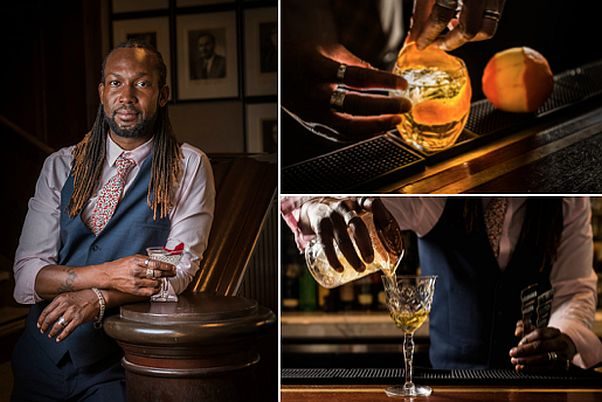 Designed for groups of two to 12, the class allows participants to develop the creative direction. Standout topics in the past have included Jones’ “Pantry Raid” class – using everyday pantry items to enhance handcrafted cocktails in distinctive ways. Moving beyond basics like basil, Jones explores red onions, vinegar, turmeric, bell peppers, and even bouillon cubes. In another class, “I Just Want to Impress My Friends!” he shows participants how to look and sound like a certified mixologist. Jones reveals everything from the reason mixologists shake cocktails a certain way to techniques for perfecting egg white foam.

Participants can opt to embark on a guided journey through the cocktail world with themes ranging from pairing the perfect flight to blending a signature sip for brides- and grooms-to-be.

To schedule mixology classes or learn more, call 202-737-4147 at least two weeks in advance. Classes start at $75 per person, last approximately two hours and include four cocktails. Food can be ordered, separately, in advance. 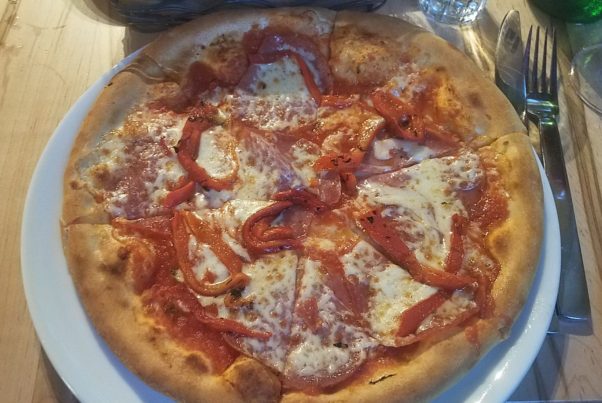 The Norcia pizza at Lupo Marino at the Wharf. (Photo: Mark Heckathorn/DC on Heels)

And Lupo Verde Osteria has added two specialty pizzas for National Pizza Month. They include the Pizza de Mortazza with burrata, sliced mortadella and pistachio; and the Burattini a Leche with marinara, burrata, spicy rapini, anchovies and lemon zest.

Beginning Oct. 1, The Dish & Dram, 10301 Kensington Parkway, Kensington, presents a coffee and tea program featuring women-owned business with 15 percent of sales of French press coffee and bags of their branded coffee donated to the Georgetown Lombardi Comprehensive Cancer Center for the month of October for National Breast Cancer Awareness Month. 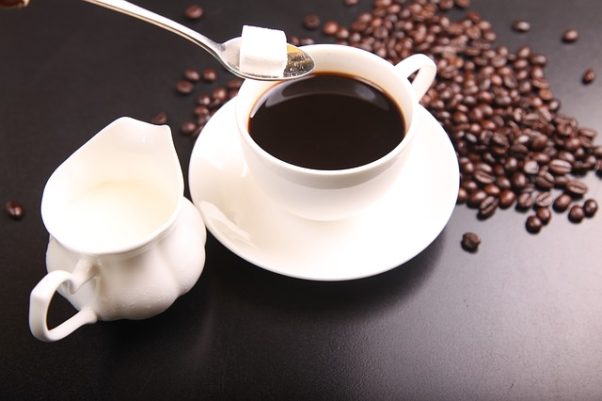 The restaurant will serve four coffees roasted for them by the local D.C. Southeastern Roastery: Mexican Chiapas, a mild medium-dark roast coffee with strong cocoa and chocolate flavors; Ethiopian Guji, a dark sweet roast with flavors of lychee and strawberry; Nicaraguan Red Catuai, a bright yet balanced light roast with flavors of sweet green pepper and tomato. The Nicaraguan and Ethiopian coffees will be available as a French press for $4 and as a one pound bag for $14.50. The Mexican coffee will be their daily “cuppa” for $2.25.

The restaurant also partnered with Great Falls Tea Garden to create a selection of 10 teas, including a rotating selection of blooming flower tea balls served in a glass pot. In addition, owner Laurie Bell created two unique specialty teas: The Dish & Dram Darjeeling from the foothills of the Himalayas with fruity and floral notes; and the Kensington Grey, a softer and more complex version of traditional Earl Grey with berry and flower petals and a touch of vanilla. All teas are served in a press for $5.

The Hay-Adams, 800 16th St. NW, released a new political coaster, available throughout the fall at its Off the Record bar, of former White House staffer and Apprentice contestant Omarosa Manigault created by cartoonist Matt Wuerker. 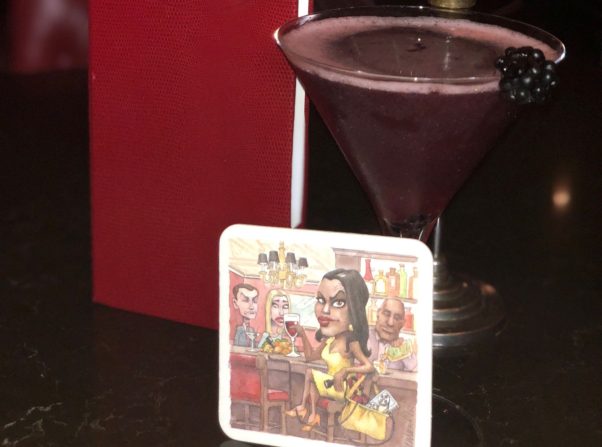 The Apprentice and the Omarosa coaster at Hay-Adam’s Off the Record Bar. (Photo: Hay-Adams)

Guests at Off the Record will be able to sip on fall cocktails while also showing their support for favorite politicos. New fall cocktails include the Twenty-First Amendment with Maker’s Mark whiskey, Pimm’s No. 1, Sprite, mint leaves and orange; The Apprentice with bourbon, honey, lemon, mint leaves, blackberries and lime zest, garnished with granulated sugar; and the non-alcoholic Apple Lemonade, a house-made lemonade with ginger ale and fresh apples. Cocktails are $17-$19 and mocktails are $8-$12. Guests may take their coaster home with them. 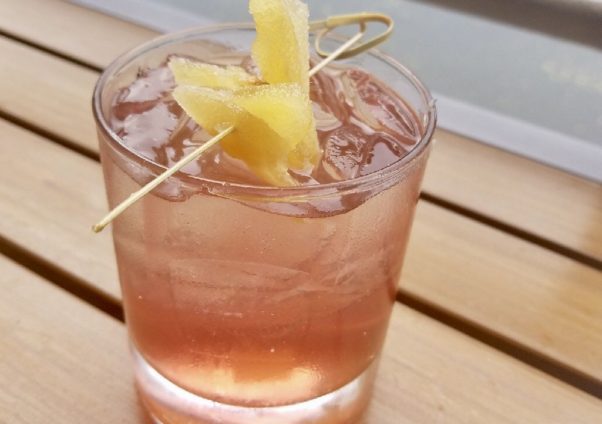 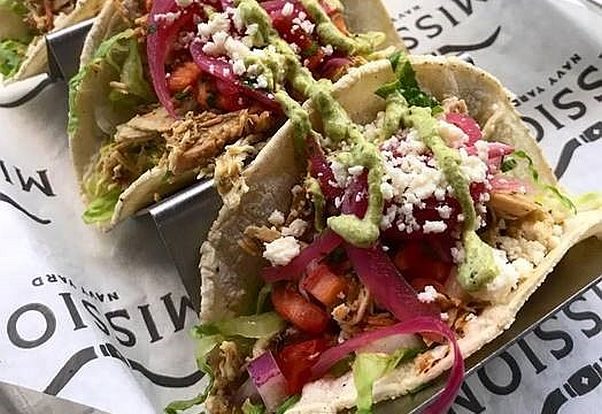 The bar and restaurant will also offer $7 Mission margaritas and $22 margarita carafes all night.

MXDC Cocina Mexicana, 600 14th St. NW, will celebrate National Taco Day by offering seven variations of the traditional Mexican dish consisting of a corn or wheat tortilla folded or rolled around a filling during lunch and dinner. 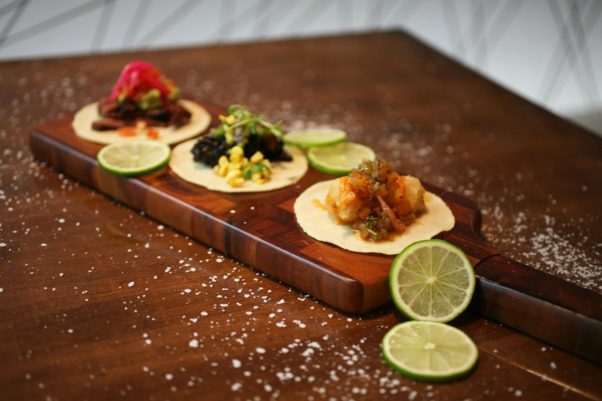 MXDC Cocina Mexicana is offering seven kinds of taco on Thursday for National Taco Day priced at $7 for an order of two.
(Photo: MXDC) 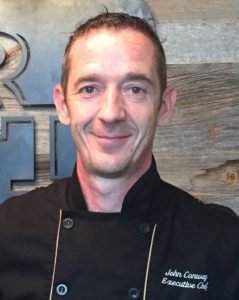 Conway brings 25 years of experience to his new position, having worked in restaurants throughout Ireland, New York and Virginia. As a boy, he assisted his mother, who ran a bed and breakfast in his hometown of Wicklow, Ireland. He later enrolled in the Dublin College of Catering and graduated with honors. While in college, he was also part of a team of chefs who represented Ireland in the Bocuse d’Or World Cooking Contest, a biennial world chef championship.

In 1990, Conway began working as a pastry chef at the Rathsallagh House Hotel & Gold Club, set in an 18th century, ivy-clad country house. Over the next two years, he rose through the ranks and was eventually promoted to sous chef. In 1996, he relocated to New York City, where he accepted a position as head chef at Eamonn Duran a year later. He worked at the restaurant for four years before relocating to Great Falls, Va. in 2002 to serve as executive sous chef at The Old Brogue Irish Pub. Three years later, he was promoted to executive chef until he joined Red’s Table last month.

Weir has 21 years of experience. He most recently served as a pastry cook and bread baker at Bread Furst in D.C., under the direction of baker Mark Furstenberg. Weir hails from Belfast, Ireland, and graduated with honors from L’Académie de Cuisine in Gaithersburg, Maryland. After high school, he spent 15 years traveling the world.

From 2000 to 2015, he worked as a bartender, server and manager at restaurants throughout Colorado Springs, Colo., Montreal, Belfast and Dubai. In 2016, he relocated to Reston and enrolled in the pastry arts program at L’Académie de Cuisine. After graduating in March 2017, Weir accepted a position as a pastry cook and bread baker at Bread Furst, where he worked until September when he moved to Red’s Table.