After 14 years, Restaurant Eve will close on June 2 at 110 S. Pitt St. in Old Town Alexandria. 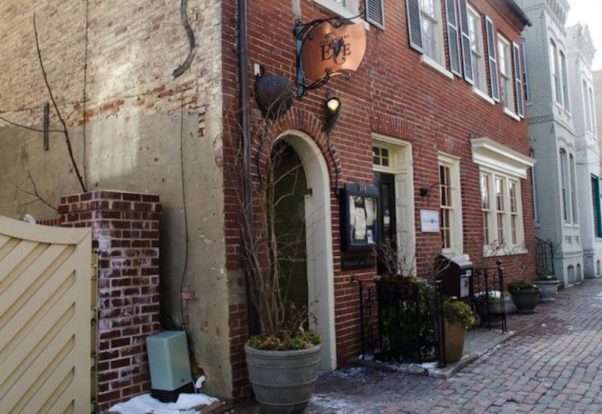 Restaurant Eve is closing on June 2, but does it already have a new location? (Photo: Chris Campbell)

“Our lease has concluded and Saturday, June 2 will be out last day of service,” chef Cathal Armstrong and his wife Meshelle announced on the restaurant’s website. “Our restaurant was conceived from our love of food and hospitality with a name lent by our first child. Eve was only four then. She’s 19 now. The year’s we’ve spent at Eve with each other, our staff and our guest have been some of the best of our lives.”

However, it looks like their flagship Restaurant Eve may be resurrected. Meshelle Armstrong posted a photo on Instagram showing Cathal Armstrong standing inside a construction site with the caption “Next chapter – EVE” and the hashtags #chefwifelife, #newchapters, #finedine and #revival.

Rumors are that the restaurant will reopen in the District, but she did not respond to questions regarding the new location. However, she did say it probably won’t open until 2019. 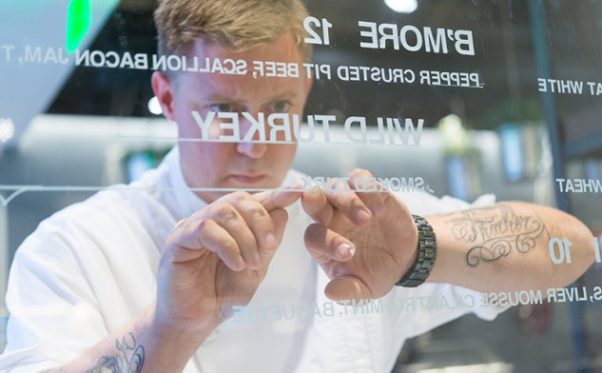 Bryan Voltaggio puts letters on the menu board at Lunchbox, his sandwich shop in Friendship Heights that closed recently.
(Photo: Under a Bushel Photography)

“We closed Lunchbox today after four years in Chevy Chase Pavilion,” Voltaggio confirmed in an email. “We want to thank our dedicated staff as well as our customers for their support.”

Range, the fine dining restaurant Voltaggio opened on the top floor of the Chevy Chase Pavilion on the Chevy Chase-Friendship Heights border, closed in early April. Aggio, which was an Italian restaurant inside Range, opened in February 2014 and closed in April 2015 after another location, which has already closed, opened in Baltimore. The original Lunchbox lasted about two years in Frederick. Voltaggio resurrected it at Chevy Chase Pavilion in mid-2014.

Voltaggio’s only remaining restaurant in the DMV is Voltaggio Brothers Steak House in the MGM National Harbor casino that he opened with his brother, celebrity chef Michael Voltaggio. His other restaurants include the flagship Volt and Family Meal in Frederick; and an outpost of Aggio in Ashburn, Va. He also co-owns Strfsh, a fish sandwich shop he opened with his brother last fall in Southern California.

“We look forward to bringing new concepts to D.C. in the near future,” Voltaggio said.

“After a year-long identity crisis (‘Is it a cocktail bar, a sports bar or a Tinder spot?), we’re tearing it all down and starting from scratch,” co-owner Josh Saltzman said in a press release.

The successor to Kangaroo Boxing Club now features four all-day breakfast dishes including reuben hash, beet hash, egg and cheese sammy and a two-egg breakfast with bacon, latkes, toasts, jam and butter, along with a dozen hot and cold sandwiches ranging from BLTs and egg salad with Dijon mustard to a grilled reuben, and a broccoli rabe creation paired with Velveeta, cheddar and slaw. Cheeseburgers are available single, double or super – a double with bacon and a sunny side egg. Sides include hush puppies, bacon mac & cheese, curly fries, chips, a seasonal sald and latkes. 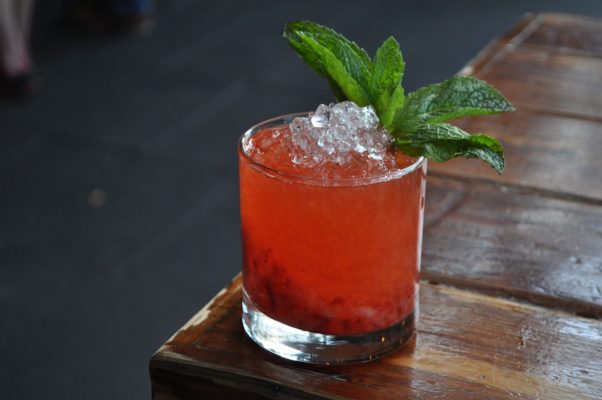 http://brasseriebeck.com/ Brasserie Beck, 1101 K St. NW, will host the team from Blackberry Farm Brewery, in the foothills of Tennessee on Thursday, May 31, from 5-8 p.m. 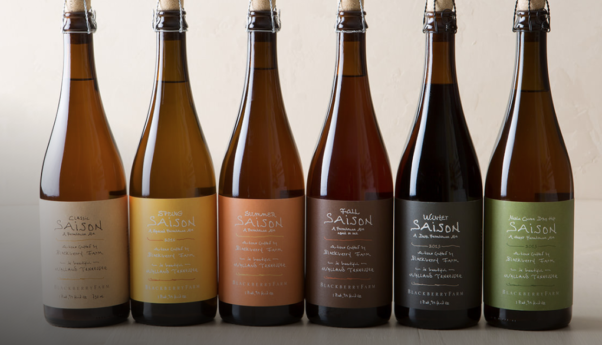 The James Beard Award-winning team from Blackberry Farm Brewery including Roy Milner, chief fermenting officer, Travis Hixon, brewmaster, and Andrew Noye, general manager, will be present to offer guidance through several limited draft offerings during a special happy hour at the bar. The beer list include Off The Table, a Rhinegeist Brewery collaboration, Boundary Tree, Imperial Saison and Classic Saison. All Blackberry Farm beers will be specially priced. 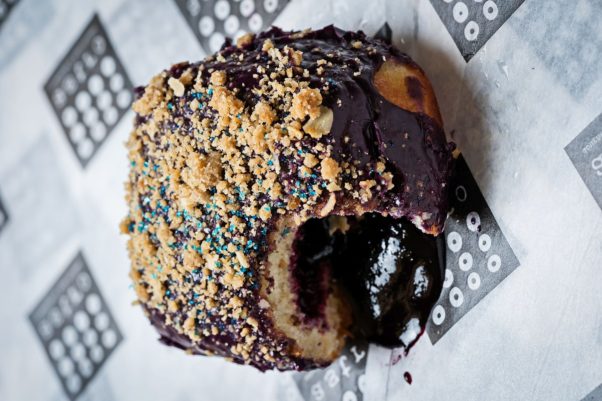 The doughnut is a pillow doughnut filled with lemon blueberry jam covered with a blueberry sour cream glaze and brown sugar crumb topping. It is priced at $3.50 and be available at both locations and on the shop’s food truck. All proceeds from the sale of the doughnut will benefit the Salvation Army, which created National Doughnut Day in Chicago in 1983 to honor their members who served doughnuts to soldiers during World War I. Members of the Salvation Army will be at all Astro locations on Friday dressed as “doughnut lassies” with red kettles for additional donations.

Estadio, 1520 14th St. NW, will host Juniotónico: A Gintonic Festival from June 1-30 to celebrate the Spanish drink with seasonal, weekly-rotating flavors, plus weekly educational talks, tonic-making demonstrtions, the debut of its new rare andSpanish gin program, and even a late-night gin-fueled kickoff party on June 3.

Typically served in wine glasses or goblets packed with ice, Spanish gintonics combine the two base ingredients – gin and tonic – with elaborate garnishes of seasonal fruits, veggies. herbs and spices to amplify the spirit’s botanicals. Estadio will feature five classic gintonics price from $12-$16 with such flavors as melon, strawberry, coconut, rhubarb, elderflower and other unique herbs and spices. Each week, Estadio will spotlight one to two of the special gintonics with a discounted price of $10 and every Monday at 5 p.m., bar director Adam Bernbach will host a free educational conversation at the bar discussing everything from the popularity of the Spanish gintonic, influx of new gins on the market, process of making house tonics, gin and tonic pairing recommendations, and featuring special guests.

On World Gin Day, June 9, there will be a tonic-making demonstration at 4 p.m. and a gintonic happy hour from 5-7 p.m. featuring discounts on all five Juniotónico gintonics. The tonic-making demo is free to attend, but an RSVP is required.

As part of Juniotónico, Estadio will be launching a permanent rare and Spanish gin program, expanding its gin stash by more than 20 hard-to-find bottles. A small bar renovation will put these rarities on display in the center of the restaurant