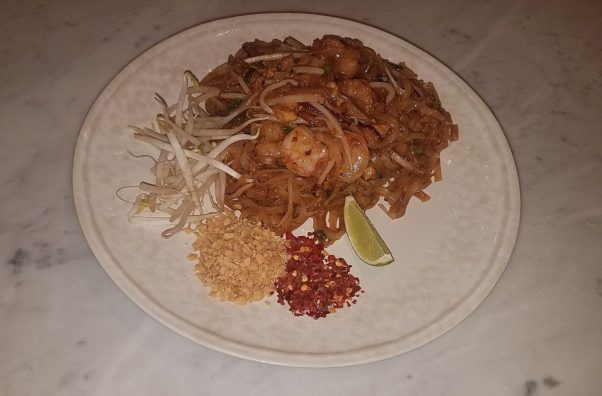 Phad thai shirmp is served with sprouts, peanuts, red chili flakes and lime on the side so it can be added to suit each individual diner’s tastes. (Photo: Mark Heckathorn/DC on Heels)

The pop-up restaurant opened on Monday and will operate through the end of the year while Kennedy and his wife, Elizabeth, look for investors and a permanent location. They are currently looking for a location in Northern Virginia that has a mix of business and residential, but eventually hope to branch out and become a national brand that includes airport locations. “We’re thinking big,” Kennedy told DC on Heels.

Kennedy, who is classically French trained, spent more than five years working for Mango Tree, first in Dubai then in D.C. He spent his first 10 weeks with Mango Tree in Bangkok immersed in Thai cooking. He spent time cooking in the restaurant, visiting markets, eating street food and visiting the country’s four culinary regions, which gives the new restaurant its name. Since leaving Mango Tree in 2015, the chef has operated PK’s Kitchen, a catering and personal chef service in the DMV.

“I think there is a need for it,” Kennedy said of his decision to open a Thai restaurant rather than a British pub. “Besides, British food is boring. I just love all the flavors in Thai food and what Thai food is. I want people to know the English guy can cook Thai food.”

Kennedy is sourcing high-quality ingredients from local producers to make everything in house, including his own curry pastes, ensuring that there is no MSG or additives and that vegetarian dishes are 100 percent vegetarian, substituting soy sauce for traditional fish sauce. 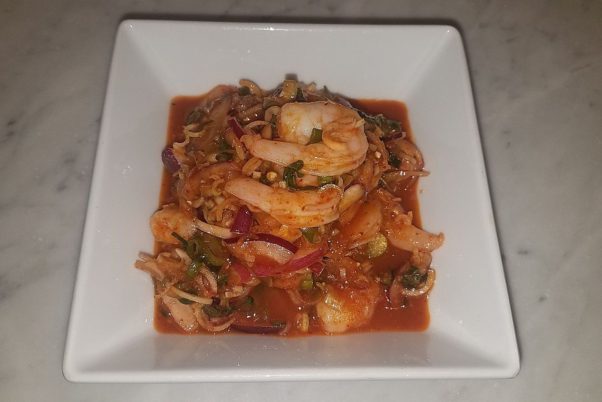 Thai shrimp cerviche combines savory, sweet, sour and spicy flavors with a kick of heat at the end.
(Photo: Mark Heckathorn/DC on Heels)

Regions Thai will feature classic Thai dishes like papaya salad and green and red curries along with rotating regional specialties — rich and fully flavored dishes from the North, spicy cuisine from the Northeast, more mild Chinese-influenced dishes from the Central region, and hot and spicy cuisine from the South. Each dish blends textures along with savory, sweet, sour and spicy flavors that deliver a harmonious taste in each bite.

Kennedy said Regions will use “authentic ingredients made appropriate for international palates, so dinners are not intimidated by Thai food” and called the food “approachable.”

During a preview last week, I sampled the phad thai and the shrimp cerviche with fresh shrimp, red Thai chili, kaffir lime, spring onions, red onions, cilantro and mint marinated in lime juice and chili paste. Both were flavorful and brimming with shrimp. The phad thai had a fresh taste and all four flavors – savory, sweet, sour and spicy – were evident in each bite. And with the sprouts, peanuts, red chili flakes and lime served on the side, you can make it spicier or more sour to suit your taste. The cerviche was tasty and bright, with a kick of heat at the end, but not too much to make you gulp down your drink. 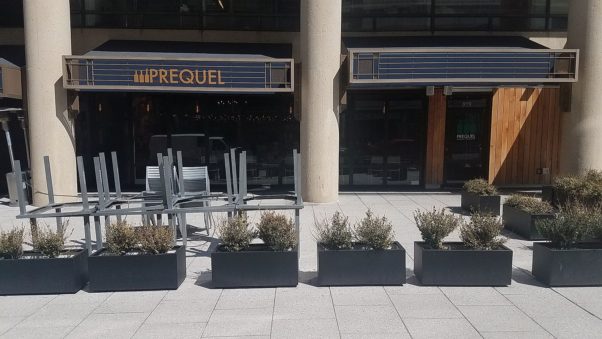