Nearly half of adolescents aren’t receiving a pair of vaccines to prevent a virus many of them will get. 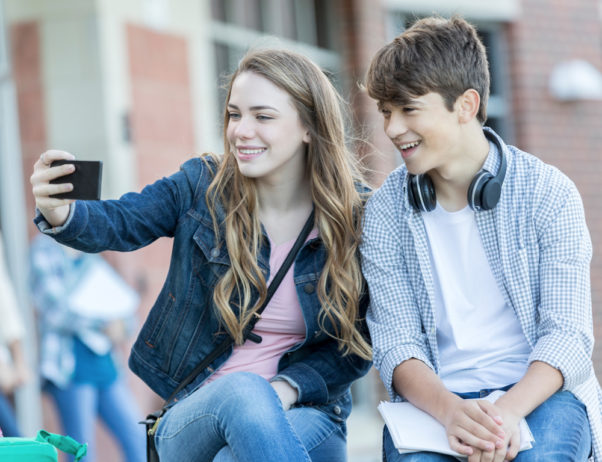 Both girls and boys should be vaccinated against HPV at age 11. (Photo: asiseeit/Getty Images)

Guidelines released more than a decade ago recommend that all children receive a two-shot vaccine against human papillomavirus, or HPV, at their 11-year-old well child check-up. Yet local, state and national statistics show that HPV vaccination rates are well below half of the adolescent population.

Dr. Ben Fogel, a pediatrician at Penn State Medical Group who has done work to improve HPV vaccination rates, said there are a lot of reasons as to why not all children get vaccinated.

The first is a reluctance on the part of parents. Because HPV can be transmitted sexually, some parents decline the vaccine, saying their child is too young for that.

“They are resistant to thinking about their kids having sex, but the vaccine only works if you get it before you need to be protected,” he explained. “You don’t rush to put on your seatbelt once you’re already in a car accident. It’s something you put on ahead of time and hopefully never need.”

Another reason for the low vaccination rates is the way pediatricians present it.

“When a parent says they aren’t sure about it, the doctors aren’t following up with a discussion about the parent’s concerns and the benefits of the vaccine,” Fogel said.

Some strains of HPV can cause genital warts or cancers of the cervix, vulva, vagina, penis, head or neck. Because the virus is responsible for a large number of cancers in men as well as women, both girls and boys should be vaccinated. 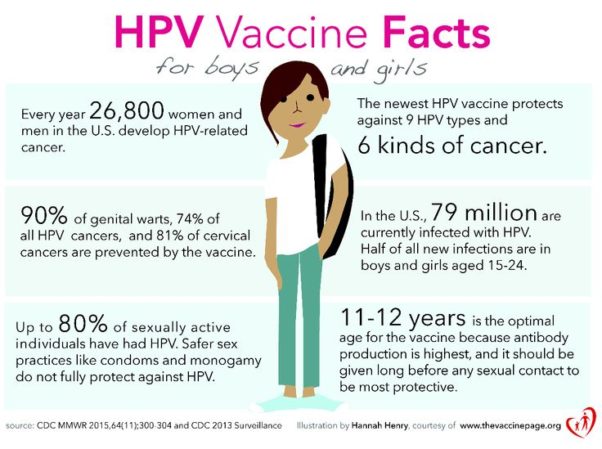 Dr. Rollyn Ornstein, an adolescent medicine physician at Penn State Children’s Hospital, said children can receive the HPV vaccine as early as 9 or as late as 26 years of age. But like Fogel and other medical professionals, Ornstein recommends doing it in early adolescence, at the 11-year-old well child visit, because that is what is recommended.

“The vaccine works better if given prior to the onset of sexual activity, before possible exposure to HPV. If given after the age of 15, a series of three vaccines are actually needed as opposed to two,” she said.

Children are due for three vaccines at the 11-year-old well child check-up — tetanus, HPV and meningitis. Yet, says Fogel, many times doctors talk about HPV the most and that scares parents away. Because HPV is usually a sexually-transmitted condition, he said, it may carry more of a stigma than other diseases being vaccinated against.

“It is very common,” he said. “Nearly 50 percent of people will have HPV at some point in their lives.”

Because the vaccine is given in a two-shot series six months apart, a number of children who get the first one don’t get the booster because they aren’t coming to the doctor six months later for another well visit, and it isn’t always offered at each annual visit after that. “A lot of people fall through the cracks because of that,” Fogel said.

Fogel’s clinic has seen huge success with checking for completion of the booster shot when adolescents come in for their flu vaccine. “There have been improvements, but we’re still not where we need it to be,” he said.