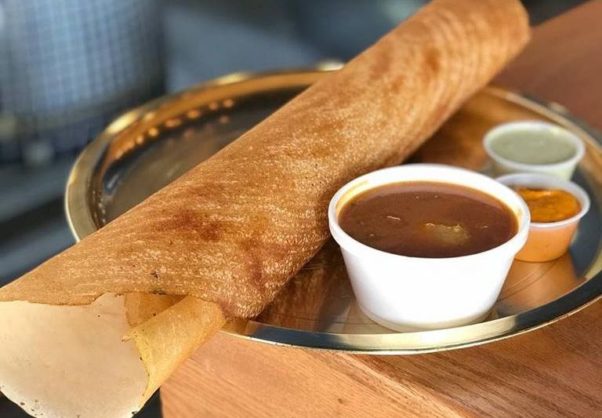 Spice 6 will replace On Rye in Chinatown and serve dosas along with other modern Indian dishes. (Photo: Spice 6/Facebook)

The restaurant, which will serve naan pizza and wraps, rice bowls, salads and kabobs already has locations in Hyattsville and near the Dunn-Loring Metro. A location in the Westfield Montgomery Mall food court is planned for mid-May. However, the D.C. location will also serve dosas and vadas, a savory South Indian doughnuts made with lentil flower.

The restaurant won’t have a full bar, but will serve Kingfisher and other beers.

Nicecream to open shops in Adams Morgan and Shaw 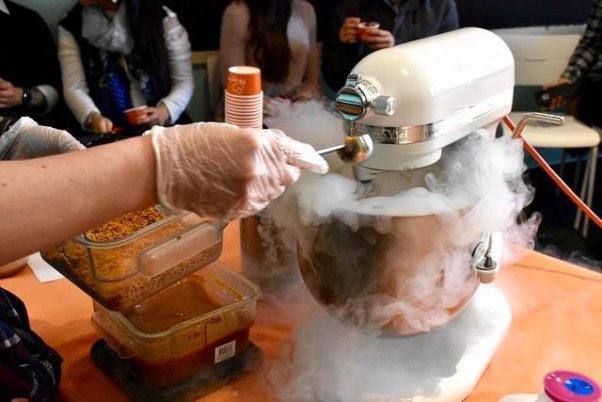 Nicecream, which makes its signature ice crea with liquid nitrogen, will open shops in Adams Morgan and Shaw.
(Photo: Nicecream/Facebook)

The shop, which has locations in Clarendon and Old Town Alexandria, will open at 1787 Columbia Rd. NW, which formerly housed The Press, and 1924 Eighth St. NW at in the short-lived Bucketfeet shoe store space in The Shay in Shaw. Both are expected to open this summer.

The couple started came up with the idea in their kitchen while experimenting with liquid nitrogen.

Nicecream offers a rotating menu of flavors that are mixed to order in stand mixers and instantly frozen with the liquid nitrogen, which creates a large cloud. The shops also serve hot chocolates based on some of the signature ice cream flavors, such as salted caramel and Mexican hot chocolate. The Adams Morgan location will also serve pastries and open early.

The drink specials are all $10 with $1 per drink going to Girl Scouts of the Nation’s Capitol.

Beginning Wednesday, hungry drinkers at The Pug, 1234 H St. NE, can order snacks from an exclusive menu from Toki Underground, which is located above the bar. The menu will be available from 5-10 p.m. Monday through Saturday. 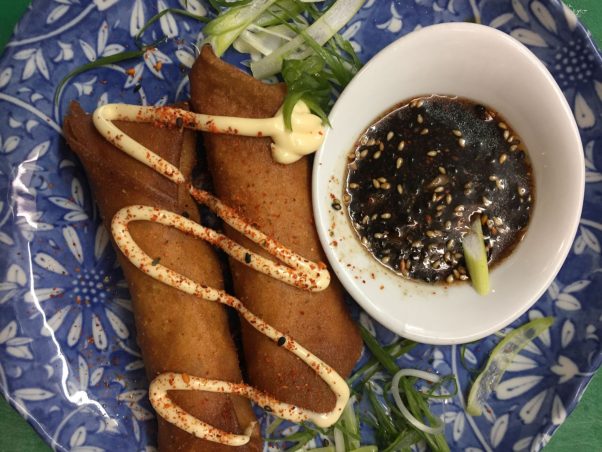 Among the bar menu items from Toki Underground that will be available at The Pug is the Uncle Tony’s lumpia, a fried pork/veg Filipino egg roll with xie xie sauce. (Photo: Toki Underground)

Many Toki diners enjoy a drink at The Pug while waiting for a seat at the small ramen house and the new bar menu offers a selection of small bites inspired by the flavors of Toki’s menu.

Each Wednesday from 4-10:30 p.m., MXDC Cocina Mexicana, 601 14th St. NW, will host a three-course, prix fixe dinner for four including tableside bottle service of their exclusive Patrón tequila made for the restaurant for $75 per person. Those not wishing to partake in shots can incorporate the tequila into tableside margarita service for the same price.

Every Wednesday from 4-10:30 p.m., MXDC will host a three-course, prix fixe dinner for four including tableside bottle service exclusive Patrón tequila made for the restaurant. (Photo: MXDC Cocina Mexicana)

The barrel-select Patrón Reposado tequila has been uniquely blended and aged in barrels that were selected by MXDC’s mixology team. It was aged in Limousin oak barrels for at least 10 months.

Supra hosts wine tasting reception for Our Blood is Wine 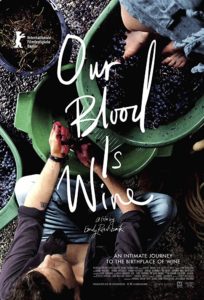 Supra will host a winemakers dinner with wines featured in the movie Our Blood Is Wine on Thursday. (Photo: Musix Box Films)

Supra, 1205 11th St. NW, will host a wine-tasting reception for Our Blood is Wine, a documentary on the Georgian wine industry on Thursday, March 15, beginning at 6 p.m.

The documentary from filmmaker Emily Railsback explores the ancient winemaking techniques of Georgia — one of the world’s oldest wine-producing regions — and how they have continued to be used in Georgian winemaking today.

Guests can attend a separate screening of the movie at 7 p.m. on Tuesday, March 14 at the Avalon Theatre and join Supra for this ticketed tasting event from 6-10 p.m. the following night. The winemakers featured in the movie will be pouring their wines alongside passed bites and a buffet. Winemakers include Ramaz Nikoladze, Iago Bitarishvili, John Okro, John Wurdeman and Mariam Iosebidze. Supra will serve assorted appetizers including khachapuris, sulguni cheese boards, pkhali and eggplant nigzvit as well as kebabs. Various wines will be available including Bagrationi NV, Schuchmann Rkatsiteli, Orgo, Tsolikouri and Shalauri Saperavi.

Tickets are $50 and include unlimited wine tastings and bites. A la carte cocktails will be available for purchase at the bar.

The bar will air games on four flat-screen TVs on its heated and covered rooftop terrace, featuring $5 pints, $7 punch and $9 whiskey specials during the games. Pints include Brooklyn Pilsner and Allagash White, and whiskeys range from Johnny Drum and Baker’s bourbons, but are subject to change.

There will also be half-priced bites, including crispy chicken skins dusted with paprika, lime and green goddess dressing for $3.50; smoked whiskey wings glazed in habanero and honey bourbon sauce for $6.50; pickled corn hushpuppies with sumac crème and wildflower honey for $3; tempura fried oysters with smoked egg vinaigrette for $6; and lamb merguez sliders with pickled onion and harissa mayo for $6.

Locally harvested oysters from Virginia’s War Shore Oyster Co. will be served in several ways from raw oysters with classic savory sauces to fried oysters with remoulade sauce and chowder 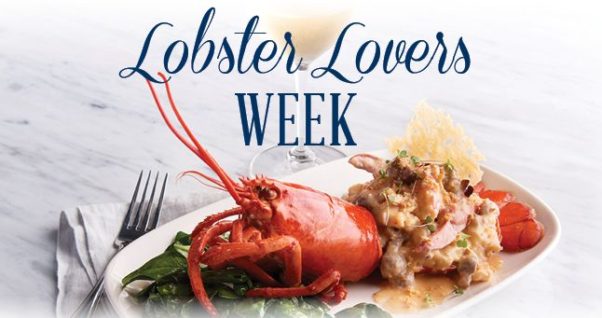 The meal includes a first course of lobster bisque or a fresh lobster chopped salad; followed by lobster risotto and the main course of a 6-ounce stuffed lobster tail with truffled lobster thermidor. A bottle of California’s Cakebread chardonnay can be added for $75. 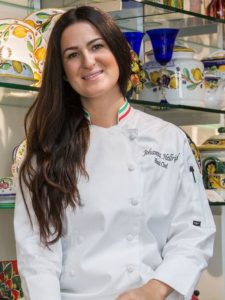 Johanna Hellrigl is in as executive chef at Doi Moi and Sasha Felikson is out. (Photo: Johanna’s Table)

Hellrigl previously was the executive chef at Via Umbria in Georgetown, ran Johanna’s Table pop-up dinner and catering business and worked at Boulangerie Christophe.

Felikson’s departure was part of personnel changes at Doi Moi that included the manager and general manager. He is currently consulting on Dacha Beer Garden’s spring menu while looking for his next full-time job.

Hellrigl will keep Doi Moi’s Southeast Asian cuisine, but expand it from Vietnamese and Thai to also include Cambodian, Indonesian, and Sri Lankan dishes. She also plans to add new desserts, a new brunch menu and more substantial bites at 2 Birds 1 Stone, the downstairs bar.