Lionsgate Entertainment’s horror Jigsaw opened with $16.64 million the weekend before Halloween (Oct. 27-29), finishing in first place at the box office. 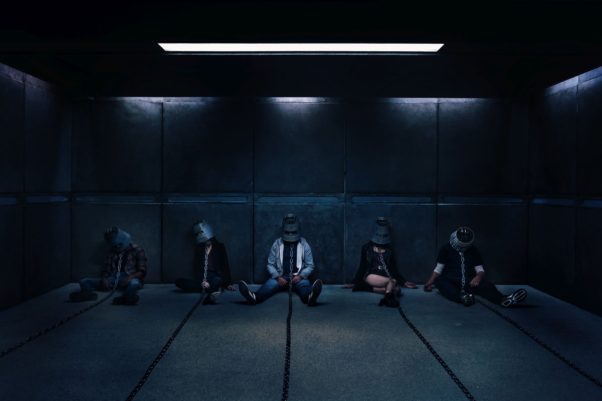 Jigsaw finished on the top in the box office for Halloween weekend with $16.64 million. (Photo: Lionsgate Entertainment)

Three of the top four films were horror or quasi-horror, as two other new releases Thank You for Your Service and Suburbicon both started outside the top five.

On the plus side, Jigsaw was the top movie last weekend as parent studio Lionsgate held both the top two spots. On the downside, the first new installment in the Saw horror franchise since 2010 posted the second-lowest opening among the series’ eight titles. It was actually the single lowest opening in the franchise when adjusted for inflation. The previous lowest debut in the series had been had been 2009’s Saw VI with $14.1 million. Although adjusted for inflation that comes to a modern-day $16.5 million, slightly higher than what Jigsaw just opened with.

That continues a trend of recent horror films with lackluster attempts to reboot dormant franchises. Last year’s Blair Witch started with $9.5 million while February’s Rings opened with $13.0 million after their series’ last installments had been released in 2000 and 2005, respectively. Both films were also the lowest-opening wide release of their respective series.

The previous weekend’s leader Boo! 2 A Madea Halloween finished in second place with $10.05 million, a drop of 52.7 percent. That is a bigger drop than the original Boo! A Madea Halloween last year, which fell only 39 percent in its second weekend.

Lionsgate’s sequel has now earned $35.74 million, running about 32 percent behind its predecessor at the same point. But with a relatively low budget of $20 million, the sequel should nonetheless be considered a mild win.

Horror also placed well in fourth place with Universal Pictures’ Happy Death Day, the leader from two weekends ago, which earned $5.08 million over the weekend.

DreamWorks Studios and Universal’s war drama Thank You for Your Service, which stars Miles Teller and Haley Bennett, didn’t have much to be thankful for, opening in sixth place with $3.82 million. The film began slightly below June’s war drama Megan Leavey, but much higher than last fall’s war drama Billy Lynn’s Long Halftime Walk.

Paramount Pictures’ Suburbicon directed by George Clooney opened in ninth place with a dismal $2.84 million. The pre-release projections weren’t high, but it ended up lower than even the most negative projections. The lowest that anybody predicted was $3.2 million.

The title just couldn’t overcome its reviews and word of mouth. Also, lead star Matt Damon may be losing much of his box office luster — his previous release The Great Wall in February significantly underperformed domestically as well. Although it did earn quite a bit overseas, especially in China.

Among similar recent dark comedies, Suburbicon opened 13 percent below Our Brand Is Crisis and less than half of Whisky Tango Foxtrot.