Warner Bros. Pictures’ superhero movie Wonder Woman debuted in first place over the weekend (June 4-6) with a $103.25 million opening, making it the third movie to debut with nine digits this year along with Beauty and the Beast and Guardians of the Galaxy Vol. 2 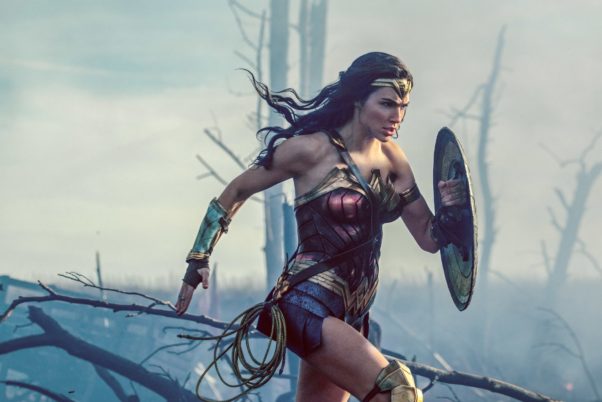 Wonder Woman exceeded all expectations and was the largest opening for a female-directed feature, vastly out-performing the previous record holder Fifty Shades of Grey, which debuted with $85.1 million in 2015. Directed by Patty Jenkins and starring Gal Gadot in the title role, the movie went into the weekend boasting the best reviews out of the four films that have been released in the DC Extended Universe. And as far as female-led comic book adaptations are concerned, it is by far the largest opening as the second closest is Paramount Pictures’ Ghost in the Shell, which debuted with $18.6 million earlier this year.

Wonder Woman‘s audience was 52 percent female, unusually high for the male-driven superhero genre. Compared to other superhero origin films of recent years, it begins higher than some and lower than others: 18.1 percent above Doctor Strange and 6.5 percent above Guardians of the Galaxy, but 24.1 percent below Deadpool and 24.8 percent below Suicide Squad. Its release represents a much-needed rebound for Warner Bros., which is coming off one of Hollywood’s biggest financial losses of the entire decade with May’s King Arthur: Legend of the Sword.

Twentieth Century Fox’s animated Captain Underpants: The First Epic Movie started in second place with $23.85 million, the lowest DreamWorks Animation opening since 2013 and ranks 26th of the studio’s total films, but about in line with pre-release expectations.

The animated comedy based on the popular children’s book series stars voices of Ed Helms and Kevin Hart. Compared to other recent DreamWorks animated films, it posts the lowest debut since Turbo in summer 2013. It starts well below other recent DreamWorks hits like The Boss Baby, Trolls, and Home, instead opening comparably to moderate earners like Storks and Ice Age: Collision Course.

Fortunately, the studio made the film for a fraction of what it cost to make previous titles, such as Rise of the Guardians, which was made for $145 million and only opened to $23.7 million before just barely topping $103.4 million domestically. So, should Captain Underpants holdover well things might not look so dissatisfying, but with Cars 3 and Despicable Me 3 just around the corner it is going to need to hustle.

Disney’s Guardians of the Galaxy Vol. 2 took fourth place with $9.84 million, while Paramount Pictures’ rounded out the top five with $8.74 million.