Nine Things to Do to Help You Forget Winter

It is Super Bowl weekend as the New England Patriots prepare to take on the Atlanta Falcons. But football isn’t the only game in town this weekend. There is plenty to do despite the groundhog seeing his shadow and predicting six more weeks of winter. The Washington Auto Show continues through Sunday at the convention center, Fairfax hosts its annual Chocolate Lovers Festival and the Smithsonian American Art Museum and the Kennedy Center both host free Chinese New Year celebrations. 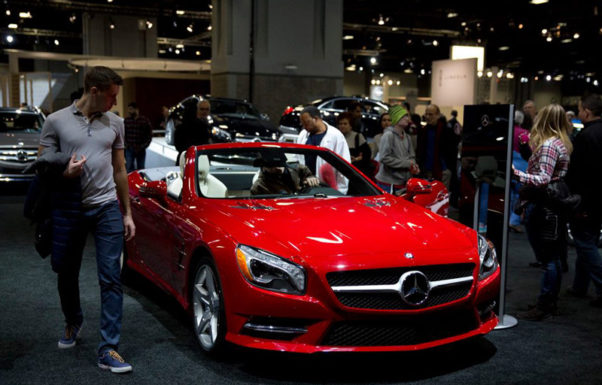 One of the nation’s largest auto shows calls D.C. home, and the 2017 edition will be quite the spectacle. Car lovers will be dazzled by over 600 new makes and models from more than 35 manufacturers at this year’s Washington Auto Show, which continues through Sunday. Local sports stars and mascots will be on hand, to go along with a fascinating Art-of-Motion exhibition, VIP tours led by leading automotive writers and chances to Ride ‘N Drive vehicles at the show including the new Bolt EV, which will debut in DMV showrooms this month. From 6-9 p.m. Friday, DJ Jimmy will spin at D.C. Cool night and there will be a cash bar with drink specials, a photo booth and other surprises. Admission is included in the ticket price.

During Washington Dollar Days, admission to Tudor Place is only $1. (Photo: Tudor Place)

Don’t miss your chance to practice the frugality our founding father approved of during Washington Dollar Days. George Washington was born in February, and Tudor Place is celebrating all month through artifacts, furnishings and stories, all for just one “Washington dollar.” Tours begin hourly with the final tour of the day at 3 p.m. Tudor Place is D.C.’s only historic house museum with family ties to Martha and George Washington. Highlights of the Washington Collection include the folding camp stool in the parlor that accompanied General Washington to war. See the elegant dining table ready for an imagined dinner during President Washington’s administration, set with the rare Washington plateau, cut crystal and Sèvres china used in the first presidential house. Also, learn about the close kinship between the Peters of Tudor Place and Mrs. Peter’s grandparents at Mount Vernon All for a dollar. You can’t beat that. 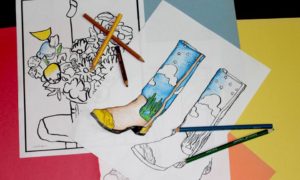 Mimic some of the country’s greatest artists during the Color-In Creativity Night at the Smithsonian American Art Museum’s Luce Center. (Photo: Luce Center)

With Color-In Creativity Night, the Smithsonian American Art Museum gets in on the trend of adult coloring books by encouraging you to try mimicking some of the country’s greatest artists. The event center will offer colorless prints of works featured in the gallery waiting to be given life. They are tossing in art supplies and free hot chocolate, and there’s a cash bar with snacks for sale if you need more inspiration. 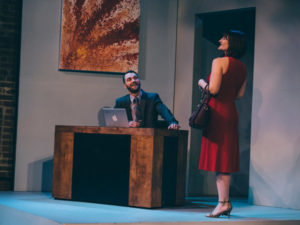 The Shakespearean classic has been upgraded for the Internet age in Mack, Beth. Playwright Chris Stezin (previously nominated for two Helen Hayes Awards) has brought the power couple of Macbeth into the modern day, keeping all of the essential elements that made the original story so powerful: greed, ambition, intense storytelling, well-developed characters. 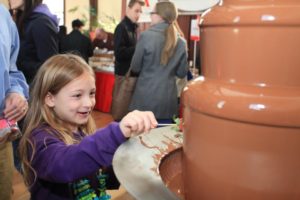 For one weekend each year, Fairfax turns into a city-sized version of Willie Wonka’s chocolate factory during the two-day Chocolate Lovers Festival, offering samples of cakes, cookies, candies and other treats that would make a dentist cringe. The highlight of the event is the Chocolate Challenge, where artists create sculptures and towering cakes from chocolate. Other events include a chocolate chip pancake breakfast at 8 a.m. at Fire Station #3 on Saturday, Taste of Chocolate at Old Town Hall both days and a liquid chocolate tent from 6-8 p.m. Saturday at Old Town Square serving chocolate soda, chocolate wine, chocolate beer, hot chocolate, desert wine pairings, chocolate milk and more. Check out the full schedule.

Feb. 4 from 10 a.m.-5 p.m. and Feb. 5 from noon-4 p.m. throughout Old Town Fairfax. Some of the weekend’s events require an admission free, but many allow you to get a sugar rush for FREE. 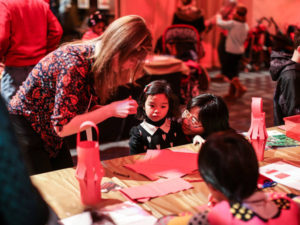 The Kennedy Center’s Lunar New Year Celebration welcomes you and your entire family to this party. There will be a rooster coloring station (remember, Year of the Rooster), chances to dress-up in Chinese costumes and makeup, a photo booth, lessons on the art of paper-cutting and Beijing-style applique, demonstrations of calligraphy, sugar and bottle painting, “bristle dolls,” performances by Beijing acrobats, Chinese musicians and much more. (Remember to add travel time if going by Metro.) 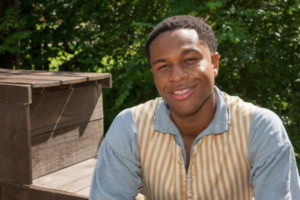 Jamar Jones portrays James Lafaeyette, a double agent in the Revolutionary War, in a one-act play at the International Spy Museum on Saturday. (Photo: Colonial Williamsburg).

Slave Spy: The Story of James Lafayette is a one-act play about James Lafayette, an enslaved African American in New Kent County, Va., in 1781 who worked with the Continental Army under the Marquis de Lafayette as a double agent during the Revolutionary War. He passed as a runaway slave to gather information in the British camps and pass along misinformation to fool General Cornwallis. Jamar Jones stars in Abigail Schumann’s work. 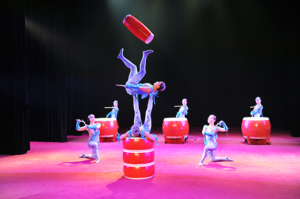 The Arthur M. Sackler Gallery, known for displaying the finest in Asian art, rings in the Year of the Rooster with its annual Chinese New Year celebration. Students from the Beijing Opera Art’s College will perform, as will Chinese acrobats. Other activities include sugar painting, mask making, photo booth fun, paper cutting, applique embroidery and calligraphy demonstrations. Chinese food will be available for purchase, too!

Super Bowl LI between the Atlanta Falcons and the New England Patriots in Houston’s NRG Stadium. Some will watch for the game while other watch for the commercials or Lady Gaga’s halftime show. Many restaurants and bars will be offering drink specials before and during the game.

Feb. 5 at 6:30 p.m. in living rooms, restaurants and bars across the DMV. The game is being televised on Fox. Admission is FREE!