Split Bowls a Strike in Theaters 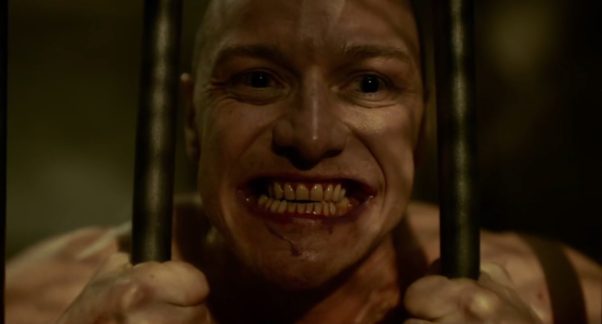 Split surpassed its highest projections, as the most anybody on the prediction site Box Office Theory expected for the film to earn was $35 million. The suspenseful title starring James McAvoy as a kidnapper with multiple personality disorder was helped by both its intriguing marketing strategy, which gained it increasing buzz over the past few months, as well as a lackluster opening from the other new debut.

As a result, Split starts 57.4 percent above director M. Night Shyamalan’s previous horror release, 2015’s The Visit with $25.42 million. It also starts notably above last year’s successful horror titles, such as Don’t Breathe with $26.41 million and Lights Out with $21.68 million. The best comparison would probably be last June’s The Conjuring 2, which opened with an almost-identical $40.4 million. That film went on to earn $102.4 million, though it is possible Split could potentially even exceed that, since as a non-sequel it’s not likely to be as frontloaded as The Conjuring 2 was.

Following a year where most sequels performed worse than their predecessors — at least domestically — an unusual downturn considering the usually-reliable bankability of sequels, January isn’t getting 2017 on the best footing for that metric either, with both The Return of Xander Cage and the low start of Underworld: Blood Wars. However, Diesel does seem significantly more likely to strike box office gold in a few months with his fellow action sequel The Fate of the Furious.

After two weekends on top, Hidden Figures fell 42.9 percent to third place. The film has now earned $83.71 million to date and seems a lock to pass $100 million total, a feat many did not expect pre-release.

Walt Disney Studios’ Rogue One: A Star Wars Story took sixth place with $7.21 million, but the real story for the film was overseas as it has earned $512.38 million nationally and crossed the $1 billion mark globally.

Weinstein Company’s The Founder opened with $3.40 million in 11th place. The biopic stars Michael Keaton as Ray Kroc, who turned McDonald’s from a single-location operation into a global franchise. The film opened in 1,115 theaters, only about one-third of the theater count Split or xXx: The Return of Xander Cage, plus it was intended to be more of an awards contender than a box office success, so its 11th place debut shouldn’t be considered too much of a disappointment, all things considered. The movie starts about 22.7 percent behind the highest-grossing weekend for Keaton’s previous film, 2015’s fellow real-life story Spotlight with $4.40 million.