For those of you who didn’t escape town, this weekend primarily revolves around the inauguration and parties on Friday and the various rallies, parties and balls on Saturday. But there are other things going on in the DMV too.

Contrary to recent policy, Metro will open at 4 a.m. on Friday, however the Archives, Federal Triangle, Mount Vernon Square/Convention Center, Pentagon and Smithsonian stations will be closed for security reasons on Friday. Rush hour fares will be in effect from 4 a.m.-9 p.m. Metro will open two hours early Saturday, and add extra trains to accommodate the crowds expected to attend the Women’s March on Washington. They system will open at 5 a.m. and add up to two dozen extra trains on the Red, Orange and Yellow Rush-Plus Lines. No track work or station closings are planned on Saturday or Sunday.

The inauguration begins at 11:30 a.m. with the swearing-in and address at noon followed by the parade about 3 p.m.
(Photo: Nicholas Bullock)

On the 58th Inauguration, both the 45th president of the United States and the vice president will take oaths of office followed by an inaugural address. Admission is free, but tickets must be applied for through your local congressman in the district in which you live. If you are unable to get tickets, you can view the ceremony on large video screens on the National Mall. After being sworn in, the president goes on a ceremonial parade down Pennsylvania Avenue from the U.S. Capitol to the White House. Join the thousands of spectators standing along the parade route.

Jan. 20 on the West Lawn of the U.S. Capitol followed by a parade down Pennsylvania Avenue to the White House. Gates open at 6 a.m., the program begins at 11:30 a.m., the swearing-in and inaugural address begin at noon at the parade begins at 3 p.m. Admission is FREE! 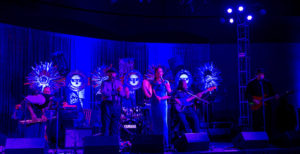 Jan. 20 at 7 p.m. at the National Museum of the American Indian, Fourth Street SW and Independence Avenue SW. Tickets are $750 each. Active military tickets are $200. 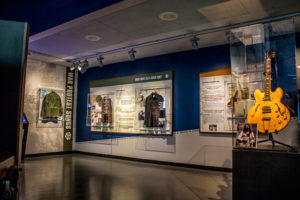 Louder Than Words: Rock, Power and Politics at the Newseum examines the power of rock and how it influences politics.
(Photo: Carl Harp/Rock and Roll Hall of Fame)

The Newseum and the Rock and Roll Hall of Fame have partnered to create Louder Than Words: Rock, Power and Politics. This unique display showcases the power of rock and how it can influence politics and equality. Artists like Bob Dylan, U2 and Rage Against the Machine will be highlighted, indicating how artists can effect change through exercising their First Amendment rights. Complete with stunning artifacts including Jimi Hendrix’s Woodstock Stratocaster guitar, John Lennon’s 1969 bed-in guitar, President Bill Clinton’s saxophone, Dylan’s Hohner harmonica, Public Enemy’s handwritten Fight the Power lyrics and Madonna’s Like a Virgin jewelry from 1984’s MTV Video Music Awarads and photographs, this Newseum exhibit promises to be one of the year’s most discussed.

Jan. 20 from 10 a.m.-5 p.m. starting with a rally at Independence Avenue and Third Street SW followed by the march to the Ellipse. Admission is FREE! Participants are asked to register. 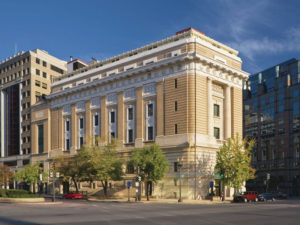 The National Museum of Women in the Arts opens its doors free this weekend. (Photo: NMWA)

In honor of the Women’s March on Washington, the National Museum of Women in the Arts will offer free admission on Saturday and Sunday during its community weekend. This is the perfect chance for you to view the museum’s newly reinstalled collection, partake in a “Nasty Women” tour on Sunday featuring women who refused to let men define their place and blazed trails as artists, activists and innovators, and experience a Simone de Beauvoir exhibit.

Out of Many Festival 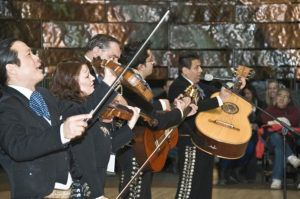 In honor of the inauguration, the National Museum of the American Indian presents its Out of Many Festival, a two-day event celebrating music, dance and storytelling. The event highlights Native performers, both traditional and contemporary, from across the country. Also performing are groups from the DMV highlighting mariachi music, West African dance, taiko drums, salsa music and dance, Chinese youth lion dances, jazz and more. 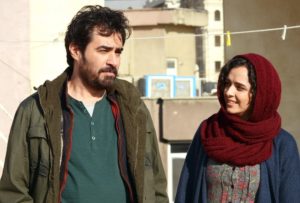 Shahab Hosseini and Taraneh Alidoosti star in The Salesman on Sunday at the AFI Silver. (Photo: Habib Majidi)

Reseeing Iran: The 21st Annual Iranian Film Festival kicks of Sunday with a screening of The Salesman, the story of a man who turns amateur detective after his wife is attacked in their new home in Tehran. Director Asghar Farhadi’s 2011 film A Separation took the Oscar for best foreign language film, and actor Shahab Hosseini won the best actor award at Cannes for this one, so look for The Salemsman to be a leading contender when the Oscar race takes off. The festival includes a month-long retrospective of the work of director Abas Kiarostami, who died last year and is best known of his so-called “Koker trilogy,” a series of intersecting films set near the village of Koker before and after the 1990 earthquake that devastated parts of northern Iran. 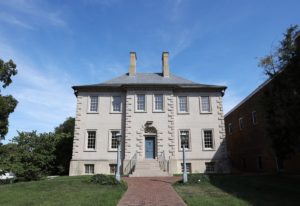 The Carlyle House was the site of the former Mansion House Hotel, which served as the Mancsion House Hospital. (Photo: Nova Parks)

The PBS Civil War drama Mercy Street kicks off its second season at 8 p.m. Sunday, and the city that inspired the television show (it is filmed in Petersburg and Richmond) is ready with its living-history accompaniment. There are a number of ongoing exhibitions and tours throughout Old Town Alexandria — most notably, “Who These Wounded Are: Extraordinary Stories of Mansion House Hospital” at Carlyle House, the site where the hospital featured on the television show stood. On Sunday, a costume station, “Mercy Me! Get Into Character,” opens at the Alexandria Visitor Center, giving you a chance to look your Civil War-surgeon-best on Instagram. For more information on these and other Mercy Street related events, go to visitalexandriava.com.

What do you get when you combine ballet dancers, jugglers and a string ensemble onstage? 4×4: Ephemeral Architectures directed by juggler Sean Gandini and choreographed by Ludovic Ondiviela of the Royal Ballet, explores that shared space between one of the world’s highest arts and one of its humblest, featuring dancers interacting with and moving around jugglers tossing clubs, balls and rings.