After months of speculation, the DMV joined New York, San Francisco and Chicago with a list of top restaurants from the Michelin Guide, which released its first D.C. edition today. 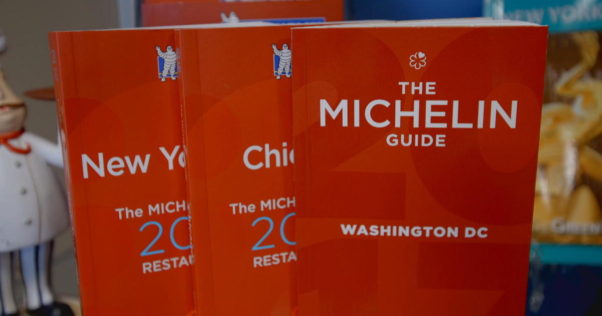 The new Michelin Guide for Washington, D.C. is out and there are no three-star winners, although 12 restaurants ranked one or two stars. (Photo: Michelin Guide)

Although no restaurant received the top rating of three stars, which indicates a restaurant with “exceptional cuisine, worth a special journey,” 12 area eateries did earn recognition. Currently, only 13 restaurants in the U.S. have three stars.

Ten anonymous Michelin inspectors from around the world judged restaurants on five criteria: product quality, preparation and flavors, the chef’s personality as revealed through his or her cuisine, consistency and value. Restaurants were visited multiple times throughout the year by different inspectors.

In releasing the guide, Michelin said Washington has undergone some profound changes that have made its local “Mid-Atlantic” cuisine among the most dynamic in the world.

“We have rarely experienced such development in the same area in such a short time,” said Claire Dorland-Clauzel, executive vice president. “This first selection will help highlight the trends and talents in the city.”

The little red book was introduced by the French tire company in 1900 as a way to encourage people to take trips and wear down their tires.

Three restaurants earned two stars, which Michelin rates as “excellent cooking, worth a detour.” Although initially limited to city proper when it was announced in May, chef Patrick O’Connell’s The Inn at Little Washington was given two stars for its “classic and eclectic French cuisine in a stunning setting.” 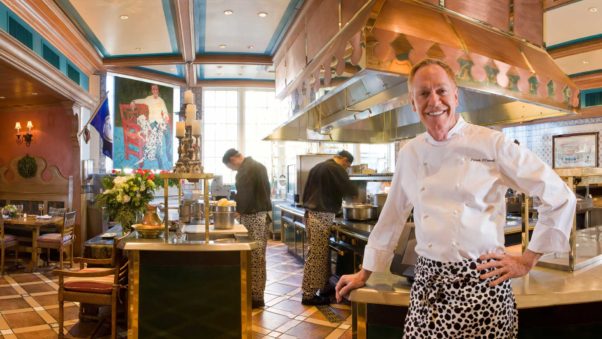 “When we looked at The Inn at Little Washington, we really felt that it was such an exceptional that we would make an exception,” said Michael Ellis, international director for Michelin Guide. “We’d be remiss if we didn’t include it. We talked to some chefs and they all agreed not having them in the first guide would be a travesty. We had to make an exception.”

Also earning two stars were chef Jose Andrés’ Minibar, which offers “particularly avant-garde and innovative cuisine in the form of a tasting menu featuring whimsical and fun dishes.” And chef Aaron Silverman’s Pineapples & Pearls, which opened earlier this year and “has perfectly flavored dishes reflecting a wide range of influences.”

“Over the last five years the culinary offering has significantly developed in the city, driven by chefs who have travelled, have trained abroad and have enriched their cuisine on their return by incorporating new techniques, new flavors and new seasonings,” Ellis said. “This gastronomic revival is amplified and supported by the “Mid-Atlantic cuisine” led by young chefs who have decided to take advantage of their terroir and work local products, thereby giving Washington a unique culinary identity.”

Some notable omissions include Komi, Little Serow, Marcel’s, Bad Saint and Rasika, restaurants that rate highly among critics here. “We found that there was not a lot of harmony between the different courses (at Komi),” Ellis told The Washington Post. “We did not find the level of consistency throughout the menu.”