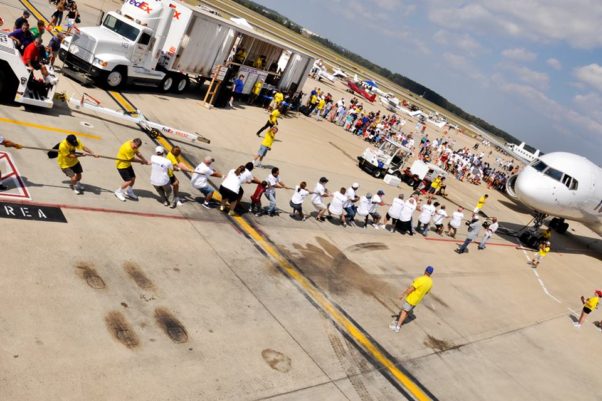 This test of strength, which benefits Special Olympics Virginia, doubles in size this year, adding another full-size aircraft. At the Dulles Day Plane Pull, teams of 25 people (there were 80 teams in 2015) will take turns pulling the 82-ton airplanes 12 feet, seeking to beat the group from the Chesapeake Sheriff’s Office, which has won 10 years in a row. There will also be vintage, current and military aircraft on display, a classic-car show, a kids’ truck pull, a play area with a moon bounce and dunk a cop, vendors, live music from UDoVooDoo and the Happy Hour Boys, and food and beverages for sale.

Sept. 17 from 10:30 a.m.-4 p.m. at Dulles International Airport, 1 Saarinen Cir, Dulles, Va. Visitors should take the Dulles Access Road and park in the designated parking are and take the free shuttle to the event or ride the Silver Line to the Wiehle-Reston East station then take the free nonstop buses to the event. Admission is free. 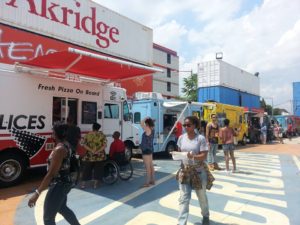 The next-to-last Truckeroo of the season brings 27 food trucks to the Half Street Fairgrounds. (Photo; Truckeroo)

The next-to-last Truckeroo of the summer is here. If you love food trucks, you will surely find something you like, as participating trucks include Arepa Zone, BBQ Bus, Big Cheese, Capital Chicken & Waffles, Crab Cab, Crepe Love, D.C. Slices, Feelin’ Crabby Food Truck, goodies Frozen Custard, the Orange Cow, Pittsburgh Rick’s, Red Hook Lobster Pound, Rocklands Barbeque & Grilling, Surfside and many more. There will be 27 trucks in all. There’s also live music and plenty to drink.

Sept. 16 from 11 a.m.-11 p.m. at the Fairgrounds, 1299 Half St. SE, in front of Nationals Park.. Admission is FREE, with food and beverages priced individually at the trucks.

The annual Go West Beer Fest sponsored by the state societies of Colorado, Montana, Nevada, Oregon, Washington and Wyoming is one of the area’s best kept secrets. It provides a taste of home for expats and has offered DMV residents the chance to try Deschutes and Alaskan beers before they were available on the East Coast. This year, Wyoming is serving beers from Melvin and Black Tooth breweries, which are distributed here. There will also be food trucks on site.

Sept. 16 from 6:30-10 p.m. in Eastern Market’s North Hall, 225 Seventh St. SE. Admission is $30-$35 and includes unlimited beer and a beer koozie. Tickets can be purchased from the Nevada Society for $30 or Wyoming Society for $35. The others have already sold their allocations. 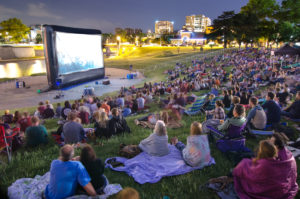 New Belgium Brewing brings its seventh annual Clips Beer & Film Tour to Reston. The event features 10 short films and 18 varieties of New Belgium small-batch beers on tap from Lips of Faith to classics, available in 3-ounce samples, 12-ounce pours or cans. Proceeds from beer sales will benefit the Fairfax Alliance for Better Bicycling. Last year’s even raised more than $4,000. Take your blankets, low chairs and a picnic if you want or purchase food from Doug the Food Dude or BaconN’Ed’s. 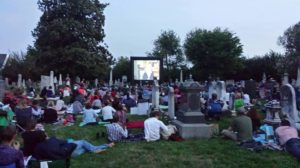 Whatever Happened to Baby Jane? is the final Cinematery outdoor movie this year. The creepy, classic psychological thriller about two aging sisters is the perfect to kick off the Halloween season, and what better place to it than among the headstones in the historic Congressional Cemetery? BYOB, a picnic, blankets and chairs.

More than 250 artists will display their work at the King Street Art Festival this weekend. (Photo: Howard Alan Events)

The King Street Art Festival packs hundreds of artists onto the city’s scenic main street from Washington Street to the waterfront. Booths feature more than 250 artists displaying a variety of works including sculpture, jewelry, ceramics, photography, painting and more. There’s also the Art League’s Ice Cream Bowl fundraiser, with keepsake hand-made bowls filled with ice cream for $15. There will also be music and hands-on activities.

Women in Aviation and Space 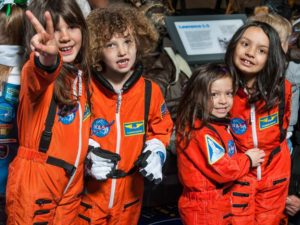 The next Heritage Family Day is Women in Aviation and Space at the Smithsonian National Air and Space Museum on the Mall. Visitors will learn about the contributions women have made despite the challenges they have faced, have the chance to meet past and current astronauts, including Mary Cleave and Anne McClain, while also learning about Sally Ride and Ruth Law, one of the first female aviators. There will also be story time and hands on activities such as astronomical viewing, building a plane wing, making an airmail card, designing air show pennants, mapping the flight of Jerrie Mock, the first woman to fly around the world, and space math and more. 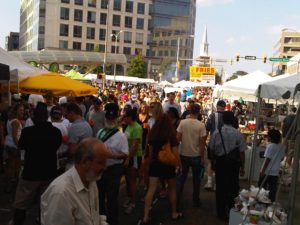 Clarendon Day gathers vendors, restaurants, musicians and more in eight blocks around the Clarendon Metro station in Arlington. There are four stages for music and dance including Justin Trawick and the Common Good Band, The Devolvers, Molly Venter & Goodnight Moonshine, Starryville, Lato and O’Neill-James Irish Dance, as well as a chili cookoff. Sehkraft Brewing will host a VIP tent with craft beer tastings paired with sliders from the restaurant. There will also be more than 50 arts and crafts vendors with everything from clothing to jewelry to art and photography, and more than 20 food vendors. 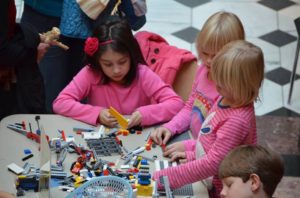 Young builders will find plenty of inspiration for their Lego creations at Lego Family Day at the Smithsonian American Art Museum. There will be Lego building stations, giving kids the chance to recreate a sculpture or scene from elsewhere in the museum or to build something new. Check out the Lego sculpture of the museum, which served as the U.S. Patent Office in the 19th century, upstairs in the Luce Foundation Center. 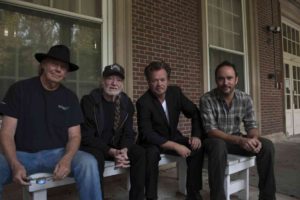 Farm Aid returns to the DMV with a familiar lineup of Americana all-stars including founders Willie Nelson, Neil Young and John Mellencamp, along with fellow Farm Aid board member Dave Matthews. New on this year’s bill at the all-day benefit, started in 1985 to aid family farmers, is rising alt-country star Sturgill Simpson, Jamey Johnson, the Alabama Shakes and Nathaniel Rateliff and the Night Sweats. Nelson’s two sons, Lukas and Micah, also perform with their band, Insects vs. Robots, and Mellencamp’s nephew, Ian, in his band Promise of the Real. 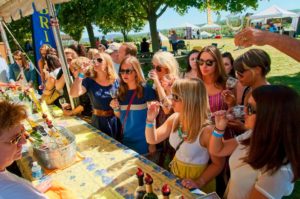 Some of the Commonwealth’s most popular wineries including Barboursville, Jefferson, Chateau Morrisette and Rockbridge and more will be pouring more than 200 wines at the 41st annual Virginia Wine Festival. New this year, the Virginia Oyster Pavilion will feature thousands of the bivalves on the half-shell or prepared in dishes, along with a lineup of food trucks including D.C. Slices, Pro Shuckers, Red Hook Lobster Pound, Sherry’s Crabcakes, Sloppy Mama’s Barbeque, the Big Cheese and Zabb Thai restaurant, and other vendors. 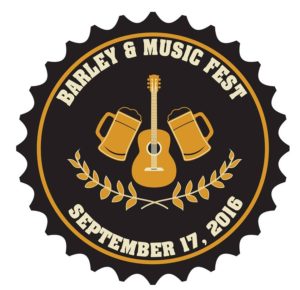 Sept. 17 from noon-6 p.m. at John Carlyle Square Park, 300 John Carlyle St., Alexandria. Admission is FREE, however beer sampling costs $15 for five drink tickets and include a tasting glass. Additional tickets are available for $1 per ticket. 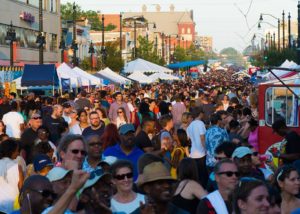 About 150,000 visitors are expected to flock to the bustling H Street corridor for the 11th annual H Street Festival, featuring a variety of music and dance performances, karaoke, a fashion stage, a superhero costume contest, pie and burrito eating contests, a kids’ zone and a variety of food vendors, in addition to the restaurants and bars that line the busy street. There also will be sponsored beer and liquor gardens this year. (The D.C. Streetcar will NOT be running on Saturday.)

Sept. 17 from noon-7 p.m. along H Street NE from Fourth to 14th Streets. Admission is FREE! 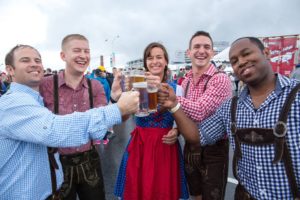 Snallygster features more than 350 craft beers and ciders from around the world. (Photo: Snallygaster)

There isn’t a more appropriate place to ring in the start of Oktoberfest than at the former mansion of Christian Heurich, the German immigrant whose company became Washington’s largest brewery in the 20th century. It features unlimited tastings of nine seasonal beers from 3 Stars Brewing, Atlas Brew Works, Bluejacket, D.C. Braus, District Chophouse & Brewery, Hellbender Brewing, the Public Option and Right Proper Brewing, as well as biergarten staples as bratwurst on the grill from 13th Street Meats, pretzels from Das Pretzel Haus, and sauerkraut and pickles from No. 1 Sons. Der Gemutlichkeits will provide the German music.

Oct. 17 from 1-4 p.m. at Heurich House Museum, 1307 New Hampshire Ave. NW. Admission is $60 and includes a tasting mug and a food ticket good for one brat, two pretzels, one pickle and one serving of sauerkraut. 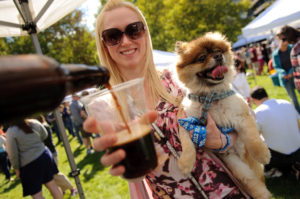 What pairs better with a glass of cold craft beer than man’s best friend? That’s the idea behind Pups and Pilsners in Crystal City. It features a big beer garden and food from Crystal City restaurants, as well as your dogs. Fly solo or take Fido along. There will be beers from local breweries New District, Port City, 3 Stars and D.C. Brau, as well Virginia breweries Blue Mountain, Brothers, Hardywood and Chaos Mountain.