Diners can show their support of the 2016 presidential candidates by casting their vote through ordering cocktails at areas restaurants from Tuesday, Sept. 6, through election night, Nov. 8.

701 Restaurant, 701 Pennsylvania Ave. NW, will offer the Make America Great Again made with Moon Drop grape purée, spiced sorghum syrup and sherry vinegar topped with soda and garnished with three grapes on the rim or the I’m with Her with George Dickel rye whiskey, Flor de Caña four-year old rum, Rocky Mountain peach liqueur and apple cider vinegar garnished with a peach wedge. Both are $12. 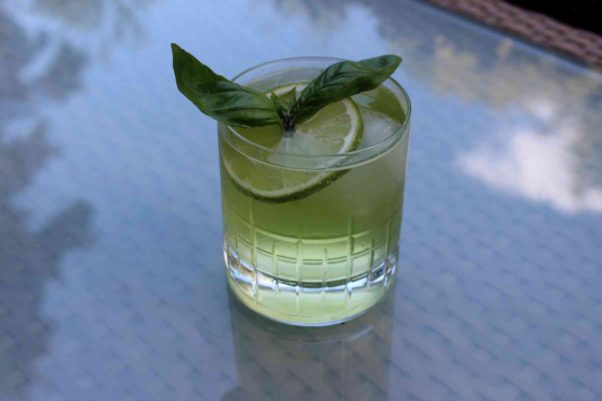 The Grill Room and Rye Bar in the Rosewood Washington D.C. hotel, 1050 31st St. NW, will serve the Thyme to Decide made with gin, honey syrup, lemon juice and blackberries garnished with a thyme leaf; the Pacific Blue with vodka, lime juice, simple syrup, Luxardo maraschino liqueur and blue curacao garnished with blueberries and a lemon twist; and The Green Card with mescal, honey, lime and ginger syrup garnished with a lime wheel and basil leaves. The cocktails are priced from $14-$16.

The Grill Room will also offer red and blue plate prix fixe lunch specials featuring one dish off the featured red or blue plate menu along with a glass of house red or white wine or dessert for $28 per person. 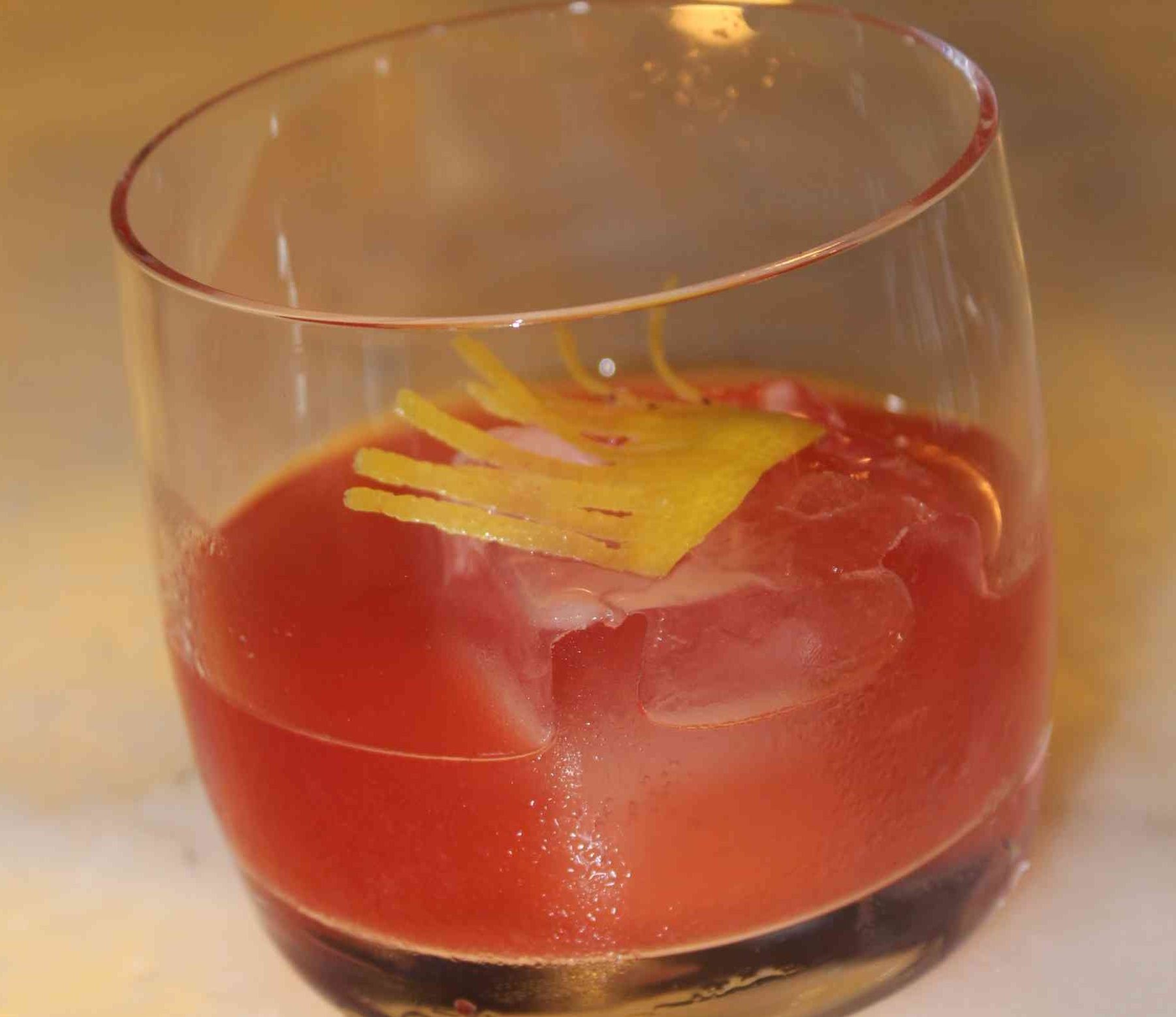 Ottoman Taverna, 425 I St. NW, dinners can choose The Pantsuit made with vodka, lime juice and house-made peppermint shrub topped with sparkling wine, or The Side Sweep made with gin, fresh muddled basil, strawberry, raspberry, lime-honey water and blue raki. Both cost $14 each.

Diners can learn their own future as Turkey-native and general manager Nuray Karatas offers traditional Turkish coffee readings from 5:30-7 p.m. on Wednesdays. Karatas learned to read coffee grounds from her grandmother and carries on the tradition. Since the 17th Century, inhabitants of the Middle East near present day Turkey, have been drinking coffee made with finely ground, roasted Arabica beans that is strong and distinct in flavor. Because Turkish coffee is not filtered or strained, a dark, muddy sediment forms at the bottom of the cup. The centuries old practice of reading images in the leftover coffee grounds that settle at the base of a cup is known as tasseography. Readings are free with the purchase of a Turkish coffee.

http://www.ovalroom.com The Oval Room, 800 Connecticut Ave. NW, is offering the Build That Wall with Muscat grape purée, spiced honey syrup and Champagne vinegar topped with soda and garnished with three grapes and the Madam President with Cynar, lemon juice, Giffard Abricot, Angostura rum and sparkling wine topped with an orange twist. Both are $12. 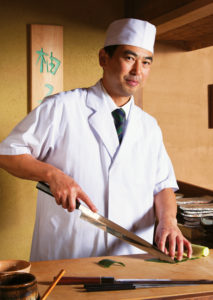 The restaurant will serve traditional and modern sushi, sashimi and a Japanese fish menus. There could also be fugu or blowfish, since Ota is one of the few chefs in the city licensed to hand the poisonous fish. Diners can also enjoy an Edomae Ginza-style chef’s table.

The restaurant, which will seat 67 inside and 24 outside, is a nod to Ota’s first restaurant in Japan, Ginz Gakyu, which was in Tokyo’s Ginza neighborhood.

With 30 years of experience in Japanese cuisine, Ota was a co-founder of the shuttered Kushi Izakaya and was formerly sushi chef and sake sommelier at Sushiko in Chevy Chase.

Beginning Tuesday, Sept. 6, Bourbon Steak in the Four Seasons Hotel, 2800 Pennsylvania Ave. NW, will begin serving a “Bottle and the Beast” offering with a 12-pound, 60-day aged cut of beef for $485. 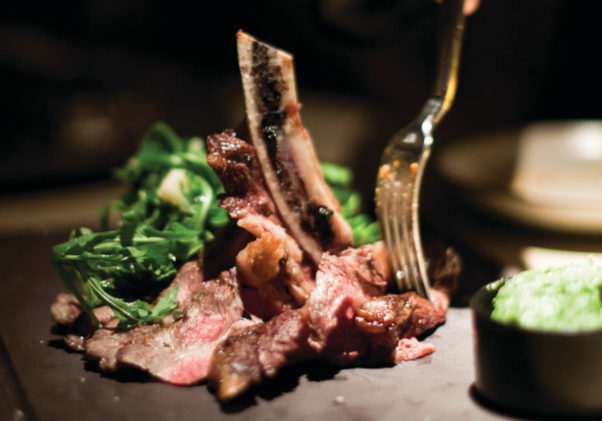 The steak, which will feed 6-8 people, comes from Virginia’s Shenandoah Valley and is served on a wood cutting board. Magnum bottles of robust red wines will also be available starting at an additional $350. Diners can choose from 11 sauces for the butter-poached steaks. 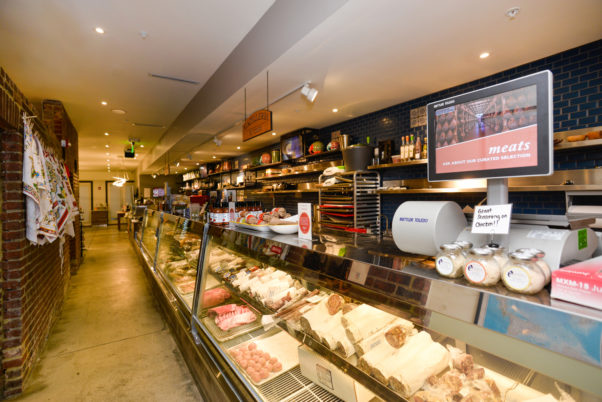 Via Umbria will celebrate is second anniversary in Georgetown on Saturday with free tastings and raffles. (Photo: Via Umbria)

Guests can purchase additional tickets for $1 each and will be eligible to win raffle prizes throughout the day including tickets to Via Umbria’s special dinners, a cheese of the month club membership, gift baskets, ceramics, olive oils and more.

Co-founders Bill and Suzy Menard and their Italian representative Marco Palermi will be on hand to welcome guests and answer questions about the products or samples. A part of the weekend’s sales will go to the Italian American Relief Fund for victims of the recent earthquake.