10 Things to Do This Weekend in the DMV

It appears we’re past the worst of the summer heat here in the DMV, which is good news if you want to get outside this weekend. If you’re feeling sporty, both summer teams are home this weekend, with the Nationals hosting the Giants Friday through Sunday and United hosting the Philadelphia Union on Saturday. And, with the end of summer approaching, you can get a little back-to-school shopping done this weekend with tax-free weekend in Virginia from Friday through Sunday. If you spend $150 or more at the Fashion Centre at Pentagon City and take your receipts to guest services, you will get a FREE backpack. You can also drop off back-to-school supplies there for needy students in Arlington and D.C. through CORE Innovations. 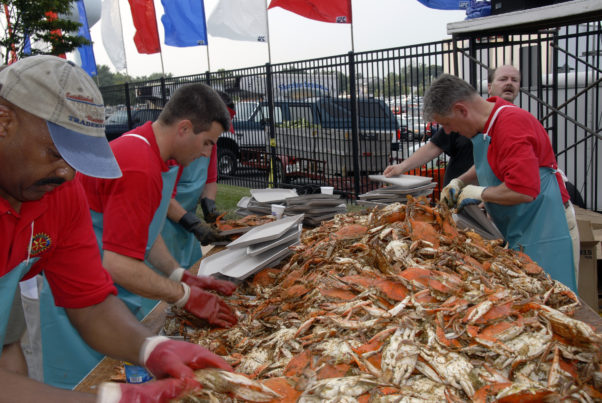 The Rotary Club of Annapolis plans to serve 350 bushels of No. 1 male crabs at its crab feast Friday. (Photo: Four Claws Reviews)

The 71st annual Rotary Club of Annapolis Crab Feast claims to be the world’s largest crab feast, and who can argue with these numbers: 350 bushels of No. 1 steamed male crabs, 100 gallons of Maryland crab soup, 3,400 ears of corn, 1,800 hot dogs, 150 pounds of beef barbecue, watermelon, beer and soft drinks. If you still have room, there will be a bake sale and cake raffle. You won’t go home hungry since it is all-you-can eat and drink, and you’ll be filling up for a good cause, as all proceeds go to charities in the Annapolis area. 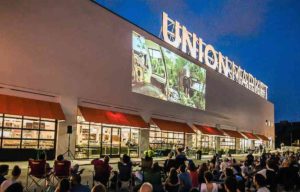 Union Market will show Ratatouille at 8 p.m. on the side of its building on Friday. (Photo: Union Market)

The Union Market Drive-In returns this weekend with a kid flick, Disney’s Ratatouille, getting screened on the big white wall outside the market. Remaining movies include Grease on Sept. 2 and the original Ghostbusters on Oct. 7. Take some chairs and a picnic or grab some dinner from the stands inside the market and enjoy the show. 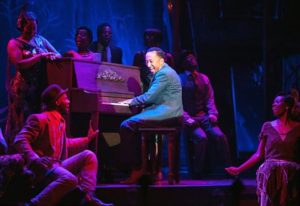 Local musician Mark G. Meadows makes his acting debut in the DMV premier of the Tony Award-winning musical Jelly’s Last Jam. The show chronicles the life of Jelly Roll Morton, the pianist credited for helping birth jazz. Told from the perspective of its recently deceased, suck-in-limbo title character, the musical extends past the ups and downs of Morton’s life, simultaneously delving into issues of history and race and how jazz came to be. 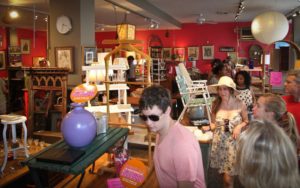 Shoppers check out the deals at Miss Pixie’s during the MidCity Dog Days. (Photo: Borderstan)

For the MidCity Dog Days sidewalk sale, now in its 17th year, more than 70 restaurants and shops – including 2 Birds 1 Stone, Bazaar Spices, Bonobos, Bucketfeet, Cork Market, Estadio, Glen’s Garden Market, Home Rule, Lettie Gooch, Maki Shop, Miss Pixie’s and Room & Board – are participating in one of the city’s most vibrant neighborhoods. Many businesses will have deals on items like ice cream, coffee, clothes and cocktails. Check out the Facebook page for all the participants and deals.

Aug. 6 and 7 during regular business hours at stores along the 14 and U Street NW corridors. Admission is FREE! 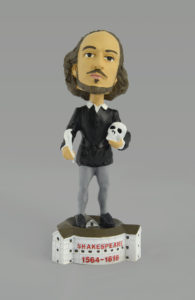 If you love William Shakespeare and Jane Austen, the Folger Library has an exhibit for you. As part of the ongoing Wonder of Will 400th anniversary celebration of the Bards Death, Will and Jane: Shakespeare, Austen and the Cult of Celebrity examines the influence pop culture had on the afterlives of the two authors. The works of both writers have proved ripe for adaptation, parody and merchandising. For example, both have inspired zombie-based parodies: Shakespeare Undead and Pride and Prejudice and Zombies. Exhibit highlight include rubbings from the authors’ gravestones, branded merchandise, Mr. Darcy and Elizabeth Bennet salt-and-pepper shakers and even a Shakespeare bobblehead.

Local artists, musicians and chef are coming together in honor of biscuits, sort of. Biscuit Jam, organized by Mason Dixie Biscuit Co. to mark the company’s second anniversary is a celebration of the creative spirit found in D.C.’s Ivy City neighborhood, which Mason Dixie calls home. The festival will have live music from local acts, including the Bumper Jacksons, Jonny Grave and the Tombstones and Justin Trawick and the Common Good; food vendors from all over D.C. including Arepa Zone, Black Pearl Tarts, BBQ Bus, The Big Cheese Truck, Capital Candy Jar, Confluence Coffee, D.C. Brau, Ivy City Smokehouse, Krave Jerky, Red Hook Lobster Pound, The Ugly Mug and others; and more than 150 artists showcasing their wares. General admission tickets include one beer or glass of wine. 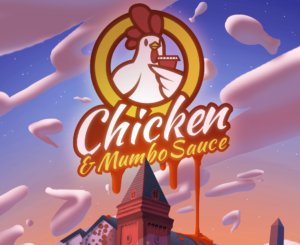 The District is known for its Mumbo sauce, the best topping for chicken and fries found in Chinese carryouts. Not only has the city made its claim to fame with the popular chicken and Mumbo Sauce combo, but the city singlehandedly curated the existence of go-go music. Now you can experience the two D.C. originals at the Chicken and Mumbo Sauce Party, with a day party that promises to have revelers eating well and moving right. Kitchen Cray will cater the event with — you guessed it — fried chicken, fries and mumbo sauce, and the New Impressionz Band will perform, in addition to DJs Breemz, Dylan the Gypsy, T2, Anthony Somebody and Mane Squeeze. There is an open bar from 4-5 p.m. and free chicken and mumbo sauce until 6 p.m. 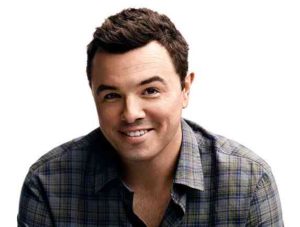 Seth MacFarlane since swing classics from the ’40s and ’50s with the National Symphony Orchestra at Wolf Trap on Saturday. (Photo: Wolf Trap)

Grammy-nominated funnyman Seth MacFarlane, best known as the creator of Family Guy and Ted, shows off his impressive musical abilities by singing pop standards with the National Symphony Orchestra. He has traveled the world to sing with renowned orchestras, such as the BBC Proms and the Los Angeles and New York Philharmonic, lending his baritone voice to the hidden gems of the ‘40s and ‘50s swing era. He has released two albums and his third debuted at number 1 on the iTunes jazz charts last October. 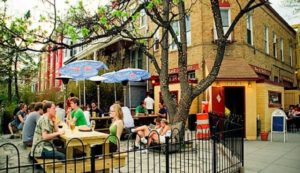 The Wonderland Ballroom was the coolest hangout in Columbia Heights before 11th Street NW was a thing, back when the neighborhood was still full of affordable group houses. Now, it is celebrating 12 years of dancing and Delirium Tremens with a pig roast, live music and drink specials. The invitation for the event also promises “general mayhem.”

Tom Goss and The Mavins

Prodigal son and singer Tom Goss has returned from Los Angeles for a one night stand in the DMV before heading to New York. He’ll be performing songs from his newest album What Doesn’t Break, which was released on Tuesday. Local band, The Mavins, will join him.