Have Fun, but Stay Cool This Weekend

The most stifling weather of the year is expected to move into the DMV on Friday, building through the weekend with temperatures earing 100 and peaking early next week with heat indexes even higher. The National Weather Service is expected to issue heat advisories all three days. If you go to outside events, take precautions: drink water, stay out of the sun and apply plenty of sunscreen.

Metro’s SafeTrack Surge No. 5 brings continuous single tracking between East Falls Church and Ballston stations until July 31. Orange and Silver Line trains will run every 18 minutes. Red Line trains will single track between Grosvenor and Twinbrook with trains operating every 16 minutes between Shady Grove and Glenmont and every 8-10 minutes between Grosvenor and Silver Spring from 9 a.m.-9 p.m. Blue, Green and Yellow Lines will run every 18 minutes, with Yellow Line trains operating between Huntington and Mount Vernon ONLY. 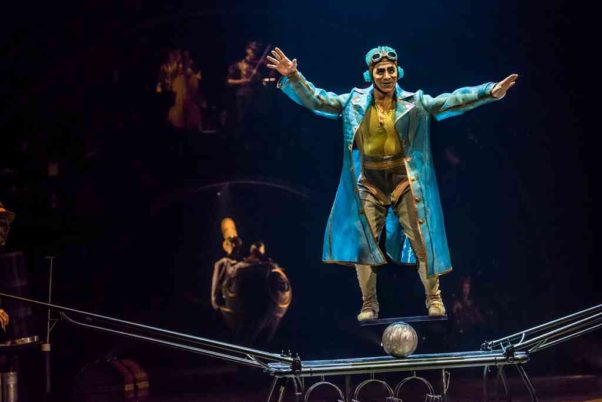 Tysons Corner gets a dash of Las Vegas this summer as Cirque du Soleil’s Kurios – Cabinet of Curiosities comes to town. Cirque was a top attraction at National Harbor in Prince George’s County until construction of the new MGM casino and hotel began on the site where performances took place. The performance explores a reality-bending world inside the curio cabinet of an ambitious inventor and features the acrobatics, high-flying dances and stimulating visuals and music that are typically associated with Cirque performances. 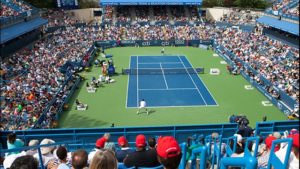 The Citi Open winds up this weekend at the Rock Creek Tennis Center. (Photo: Citi Open)

The final weekend of the Citi Open tennis tournament features quarterfinal matches on Friday, semifinals on Saturday and the ATP and WTA championship matches on Sunday. Still in the mix — as of this writing — are top-seeded John Isner and No. 2 seed Gael Monfils, and top-seeded Samantha Stosur on the women’s side. 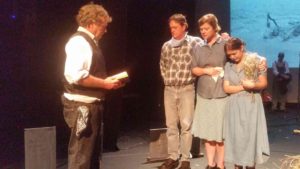 Rain Follows the Plow is a Dust Bowl folk opera playing at the Capital Fringe Festival this weekend. (Photo: Mark Heckathorn/DC on Heels)

The 11th annual Capital Fringe Festival continues this weekend with more than 130 independently produced works, ranging from burlesque and other musical forms to new spins on Shakespeare and stand-up. Performances during the 20-day festival range from theater, dance and music to visual art and everything in between. This weekend’s performances include Hunt, a sex-and scandal political story; Rain Follows the Plow, a Dust Bowl folk opera, stand-up from Indian comedian Kris Mohan; and She Took Me So Tenderly, the final work from Banished? Productions. 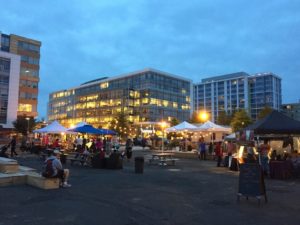 MarketSW comes to an empty lot across from the Waterfront Metro on Friday night. (Photo: MarketSW/Facebook)

The monthly MarketSW returns to the Southwest Waterfront featuring live music from John G. Lewis and ElectroKoustic, playing a mix of jazz, sour and R&B, and DJ Yola, spinning everything from “Rub a Dub,” roots and dancehall to digital dub; food and drink from Nom Nom Gourmet, The Tender Rib, D.C. Crab Cake and Co.. Chocolate Moonshine, The Capital Candy Jar and Sugar Rim Bar; and exhibitors selling everything from handmade jewelry to acrylic paintings. 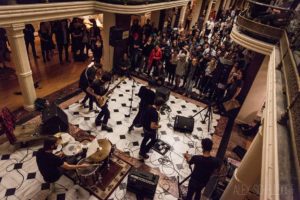 The Luce Foundation Center, one of the Smithsonian’s hidden treasures, allows you to browse thousands of the American Art Museum’s paintings and sculptures in an airy, three-level hall. The Luce 10th Anniversary Party features music by local bands PraxisCat and Big Hush, a beer tasting sponsored by Fair Winds Brewing and plenty of birthday cake. 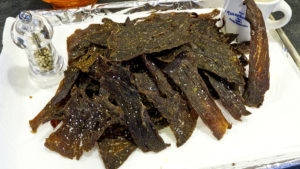 Jerky Fest 2016 will have plenty to chew on along with fresh beer and live music. REI has brought together some of the best jerky artisans and similarly rustic foodstuff makers both locally and nationally. All the vendors will offer samples including Dundalk Dan’s Beef Jerky, Jerkface Artisanal Beef Jerky, Meatcrafters, Grayson Natural Farms, Mobtown Meat Snacks and Comestibles. District Jerky Co., The New Primal, Vermont Smoke & Cure, Greenheart Juice Shop, Apinya Thai Food Co. and more. There will be bluegrass performances by the Second String Band, The High & Wides and Ed Schaeffer & Rattlesnake Hill. A cash beer and wine bar will be available.

July 23 from noon-4 p.m. at the REI Wunder Garten at NoMa, 1101 First St. NE across from Storey Park. Admission is FREE! 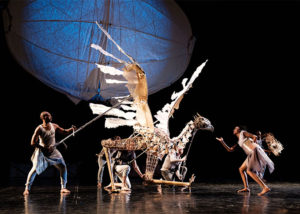 The National Symphony Orchestra is working with Janni Younge of the Handspring Puppet Co., which dazzled with War Horse in 2012, for the larger-than-life puppets at play in The Firebird. Guest conductor Cristian Macelaru will lead the NSO through Stravinsky’s masterpiece, as well as Ravel’s Mother Goose Suite and Prokofiev’s Symphony No. 1, while South African dancers share the stage with Younge’s creations. Younge will lead a discussion on the Old Farmhouse Lawn 1 hour before the show starts. 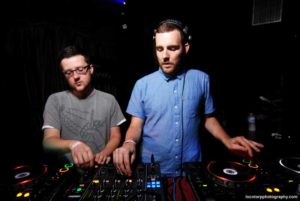 Catz and Dogz, the Polish tech house duo, is one pair of DJs spinning The Sidewalk Ends near Union Station on Saturday. (Photo: Locotorp Photography)

For The Sidewalk Ends, Flash, the Florida Avenue dance club that has built a following by hosting up-and-coming DJs, is moving beyond its four walls with its first outdoor festival of techno and house music on two stages. The lineup is stocked with underground house and techno DJs from around the globe, including Polish tech-house duo Catz N Dogz; Los Angeles house pioneer Marques Wyatt; Berlin-based techno DJ Camea; and Detroit house DJ Keith Worthy. Local DJs include Lisa Frank, Navo, Juan Zapata, Yola and Benoit. There will be food trucks and bars. 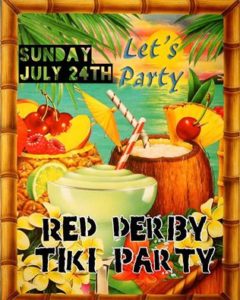 Don your favorite Hawaiian shirt and prepare to limbo for a good cause at a Tiki Party on Red Derby’s rooftop deck. The bar’s annual tiki party features tropical punches, Tecate beers and a grill serving pineapple skewers, chicken, hot dogs and other snacks, all to benefit the District Alliance for Safe Housing. There’s more than just eating and drinking, including a limbo contest at 6 p.m., a Hawaiian shirt contest at 6:30 p.m. and a hula hoop contest at 7 p.m. 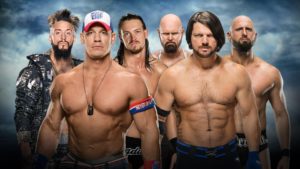 It’s been more than five years since WWE held a marquee, pay-per-view event in the nation’s capital. That streak ends this weekend when WWE’s Battleground, featuring a Triple Threat Match for the WWE championship between the former members of the Shield Seth Rollins, Roman Reigns take on champ Dean Ambrose. Also on the card, John Cena, Enzo Amore and Big Cass take on The Club; Sami Zayn takes on Kevin Owens, Becky Lynch battles Natalya, The Miz take on Darren Young, Rusev and Zack Ryder battle it out, the New Day takes on the Wyatt Family, and Randy Orton appears on The Highlight Reel.