May Is National Hamburger Month

May is National Hamburger Month and May 28 is National Hamburger Day. Although it has become a culinary icon in the U.S., there is controversy over its origin. It most likely appeared in the 19th or early 20th centuries. To celebrate, many restaurants in the DMV are offering their take on burgers. 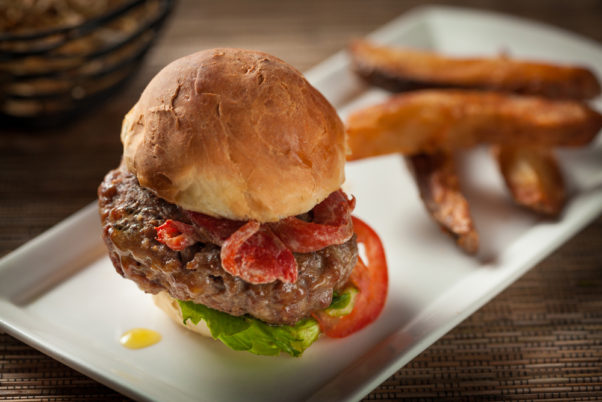 The Ambar Burger is made with beef and pork. (Photo: Ambar)

Ambar, 523 Eight St. SE, serves its $11 Ambar Burger, which is made from a combination of beef and pork, with urnebes (Serbian cheese and hot chili pepper spread), lettuce and tomato.

Clyde’s of Georgetown, 3236 M St. NW, offers an all American cheeseburger on their menu for $13.50, which is made with 6.75-ounces of freshly ground, locally raised grass-fed beef, lettuce, tomato and a pickle served with French fries.

Clyde’s of Reston, 11905 Market St., Reston, has a Greek lamb burger on their menu with feta cheese, arugula, red onion and tzatziki sauce served on a brioche roll for $13.50.

Et Voila!, 5120 MacArthur Blvd. NW, has a lobster burger on its menu, which is served with Belgian fries and a aioli sauce, priced at $19.95.

Macon Bistro and Larder, 5520 Connecticut Ave. NW, serves the Macon Burger, which is topped with pimento, collards, pork belly and served with sweet potato fries for $21.

Takoda, 715 Florida Ave, NW, has a triple bacon burger with two bacon-infused patties, Applewood smoked bacon, bacon and blue cheese fondue, and a sunny side up egg on on a pretzel bun for $19. 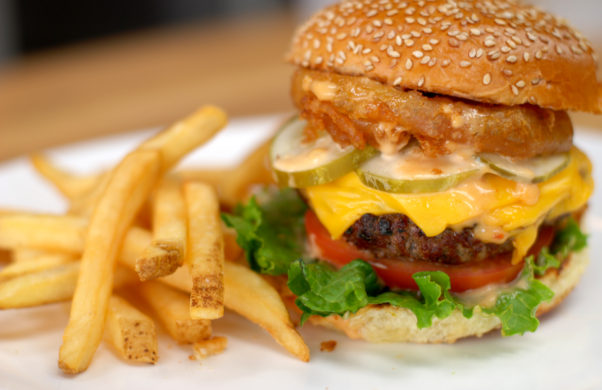 Toro Toro, 1300 I St. NW, serves its Toro Toro Burger with miso mustard and a choice of cabrales bleu or manchego cheese with hand cut fries for $18.

In celebration of its 20th anniversary, Grillfish, 1200 New Hampshire Ave. NW, is now serving weekend brunch from 11 a.m.-4 p.m. on Saturday and Sunday. 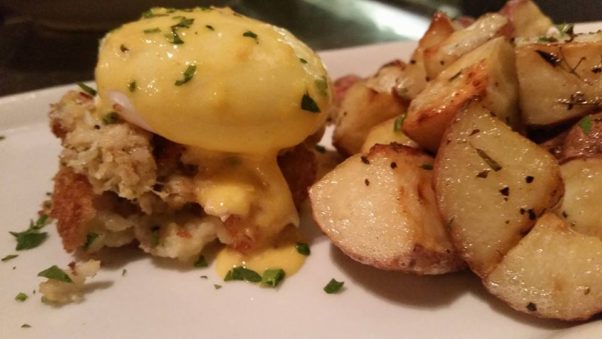 The new brunch menu focuses on high-end seafood and shellfish options, all which are sustainable in partnership with the Monterey Bay Seafood Watch program. New dishes include items such as lobster croquettes, fried oysters with poached eggs and chilled seafood platters.

A prix fixe, three course option is available for $35 and includes a starter, entrée and dessert along with a basket of warm bread and pastries and a glass of Champagne, mimosa or bloody Mary.

There are also new a la carte selections, such as sustainable, American hackleback and white caviar, as well as new twists on omelets and benedicts. Grillfish is also serving smoked salmon and whitefish on Bullfrog Bagels.

New desserts include lemon meringue tarts, toffee pot de crème and seasonal sorbets. In addition, there is a new selection of original bloody Marys and bubbly options such as fresh squeezed tomatillo juice, a mimosa sorbet float and bubbly flights.

Suma Restaurant + Bar, 4921 Bethesda Ave., Bethesda is set to open on the end of Bethesda Row on Tuesday, May 17. 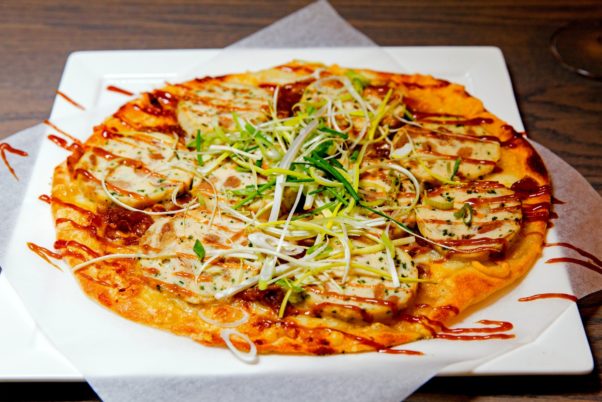 Suma opens in Bethesda on Tuesday with a new American menu that includes pizza. (Photo: Suma)

Suma, which means “born during the summer” in Old English, is meant to reflect the restaurant’s open and airy dining room and patio. The restaurant is owned by Jennifer Day.

Lunch includes soups and salads priced from $7-$9. Appetizers priced from $9-$25, pizzas from $15-$17 and sandwiches including a reuben wit house-made corned beef, caprese, turkey club, burger and grilled chicken and avocado served with fries or a salad for $11-$14. Three lunch entrees include fish and chips, wood-fired salmon filet and linguine and mussels for $13-$16.

The brunch menu includes starters and pizzas from the other menus along with fried chicken and pancake, frittata, truffled egg toast, pain perdu and eggs benedict priced from $12-$18. 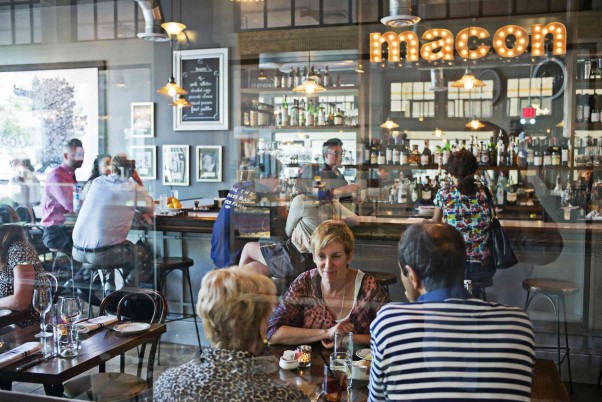 Macon Bistro and Larder is hosting a 7 Locks Brewing tap takeover during May. (Photo: Scott Suchman)