Disney Studios’ The Jungle Book continued to lead the box office with a third weekend take of $43.71 million. The 3D live-action computer animated hybrid directed by Jon Favreau held up well again last weekend (April 29-May 1), as the film was down just 29 percent from the previous weekend’s already healthy hold. In addition to strong word of mouth, The Jungle Book was also helped by the lackluster performance of the weekend’s three new wide releases and by moviegoers who wanted to catch the film before Disney’s highly anticipated Captain America: Civil War arrives in the domestic theaters this coming Friday. The Jungle Book passed the $250 million mark and has grossed a $253.37 million in 17 days. 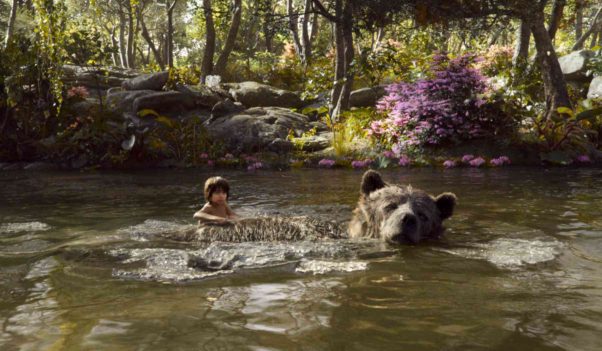 Keanu followed in a close third with a start of $9.45 million. Despite positive critical reviews, the R-rated comedy starring Jordan Peele and Keegan-Michael Key was only able to debut to modest results. Potential for the movie appears to have been limited from opening in between Barbershop: The Next Cut and Captain America: Civil War.

Open Road’s Mother’s Day came in fourth with a modest start of $8.37 million. The ensemble comedy featuring Jennifer Aniston and Julia Roberts opened slightly below already low expectations. Mother’s Day debuted 36 percent below the $13.02 million start of 2011’s New Year’s Eve, which was also directed by Garry Marshall. Mother’s Day was hampered by very poor critical reviews and represents another lackluster debut for Open Road. The film will hope to hold up well next weekend with the aid of the Mother’s Day holiday.

Barbershop: The Next Cut rounded out the weekend’s top five with a $6.08 million. The Ice Cube led comedy sequel from Warner Bros., New Line and MGM was down 42 percent. That represented a solid hold, especially given the new competition the film faced from Keanu. Barbershop: The Next Cut has grossed $44.66 million in 17 days, which is on the higher end of expectations and places the film 16 percent behind the $53.22 million 17-day take of 2004’s

Further down on last weekend’s chart, Ratchet & Clank debuted in seventh place with $4.87 million. The 3D computer animated film from Focus and Gramercy was off to a soft start as expected. The movie was always aimed largely at the pre-established fanbase of the Ratchet & Clank video game series and opening in between The Jungle Book and Captain America: Civil War didn’t help either.