Zootopia Continues to Lead in Theaters

Walt Disney Studios’ Zootopia continued to easily lead the box office last weekend (Mar. 11-13) with a second weekend take of $51.34 million. The critically acclaimed 3D computer animated film from Walt Disney Animation Studios was down just 32 percent from its previous weekend’s debut, a sign of how strong word of mouth is for the film. Zootopia had the fifth largest second weekend performance ever for an animated film only behind 2004’s Shrek 2, 2010’s Toy Story 3, 2007’s Shrek the Third and last year’s Inside Out. The movie has grossed $143.96 million through 10 days of release. Given its strong word of mouth, the approaching Easter holiday and the relative lack of competition for family audiences, it will face throughout the rest of March and early April, Zootopia should continue to hold up very well going forward. 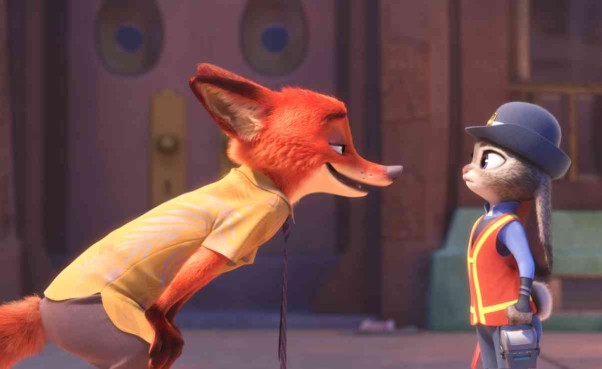 Paramount Pictures’ 10 Cloverfield Lane opened in second place with $24.70 million. The J.J. Abrams produced thriller starring Mary Elizabeth Winstead and John Goodman opened in line with expectations and performed well with its modest price tag in mind. 10 Cloverfield Lane, which has been referred to as a relative to 2008’s Cloverfield, opened 38 percent below the $40.06 million three-day start of Cloverfield, but wasn’t expected to deliver that type of debut.

Deadpool claimed third place with $10.94 million. The Ryan Reynolds led antihero blockbuster from 20th Century Fox stabilized last weekend, down 35 percent. Deadpool continues to pad its total as the highest grossing release of 2016 thus far with a 31-day gross of $328.22 million. The film is running 51 percent ahead of the $216.74 million 31-day take of 2014’s X-Men: Days of Future Past. The movie is likely to hold up well again next weekend, before Warner Bros. Studios’ Batman v Superman: Dawn of Justice enters theaters the following week on Mar. 25.

London Has Fallen followed closely behind in fourth place with $10.84 million. The action thriller sequel from Focus and Gramercy was down 50 percent from the previous weekend’s debut. In comparison, 2013’s Olympus Has Fallen fell 53 percent in its second weekend to gross $14.15 million. London Has Fallen has grossed $39.02 million in 10 days. That is in line with expectations, but is 29 percent softer than the $54.89 million 10-day take of Olympus Has Fallen.

Paramount’s Whiskey Tango Foxtrot rounded out the weekend’s top five with $4.67 million. The R-rated comedy starring Tina Fey held up nicely last weekend, as it was down just 37 percent from the previous weekend. The movie has grossed $14.64 million in 10 days. Despite last weekend’s hold, the film is performing below expectations.

The Perfect Match debuted in sixth place with $4.29 million. That gave the romantic comedy from Lionsgate and Codeblack Films a solid average of $4,642 from a relatively modest 925 locations.